Read on Twitter
1) I just received notice that the distributor of Michael Moore's #PlanetoftheHumans is taking the film down due to misinformation in the film.

Thank you to @FilmsForAction for responding to our demand for a retraction and an apology from @mmflint.
See below. And thank you to... 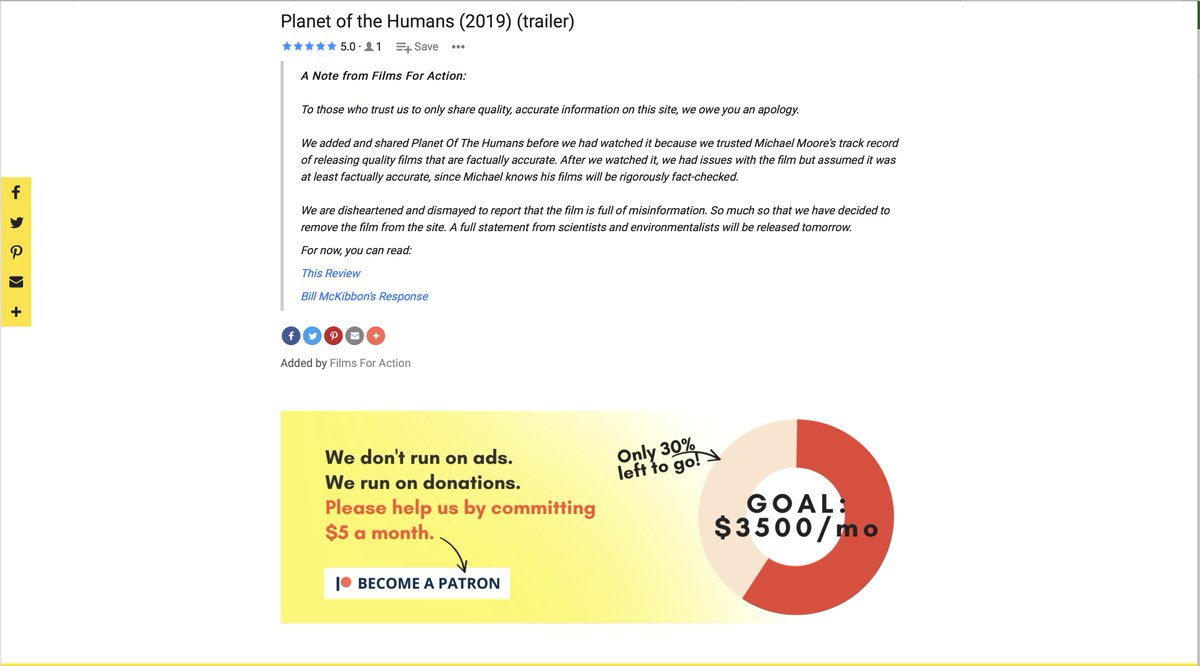 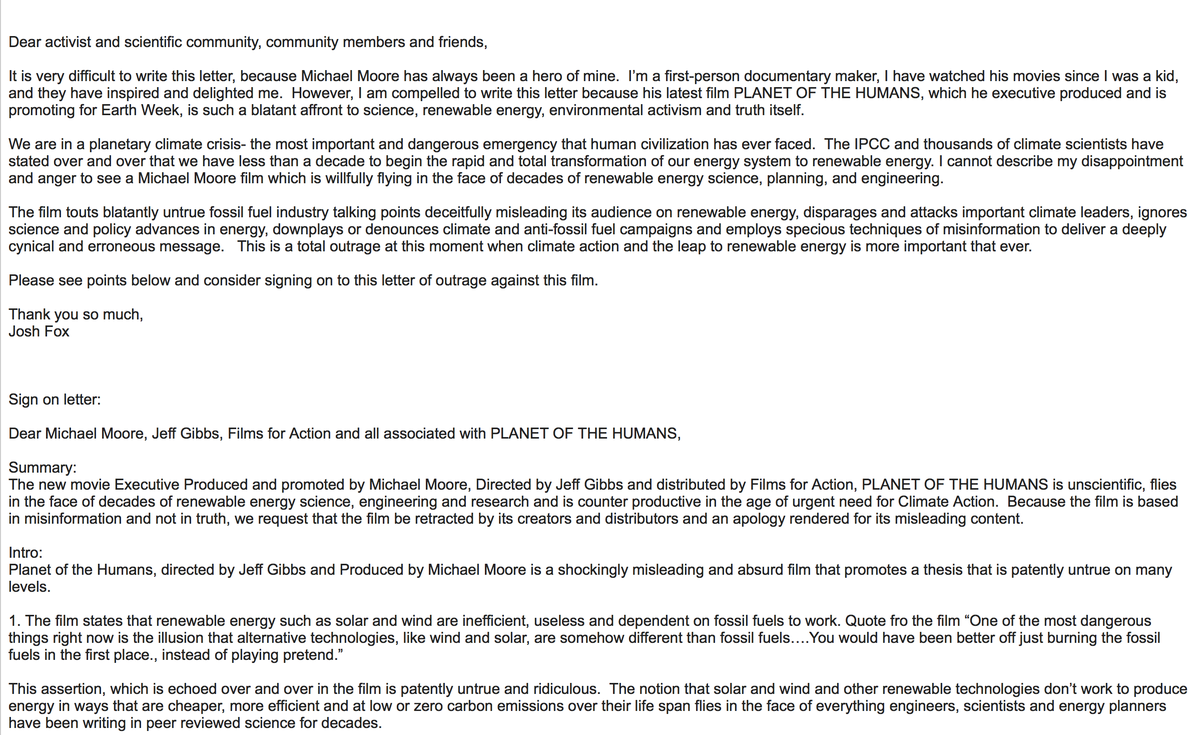 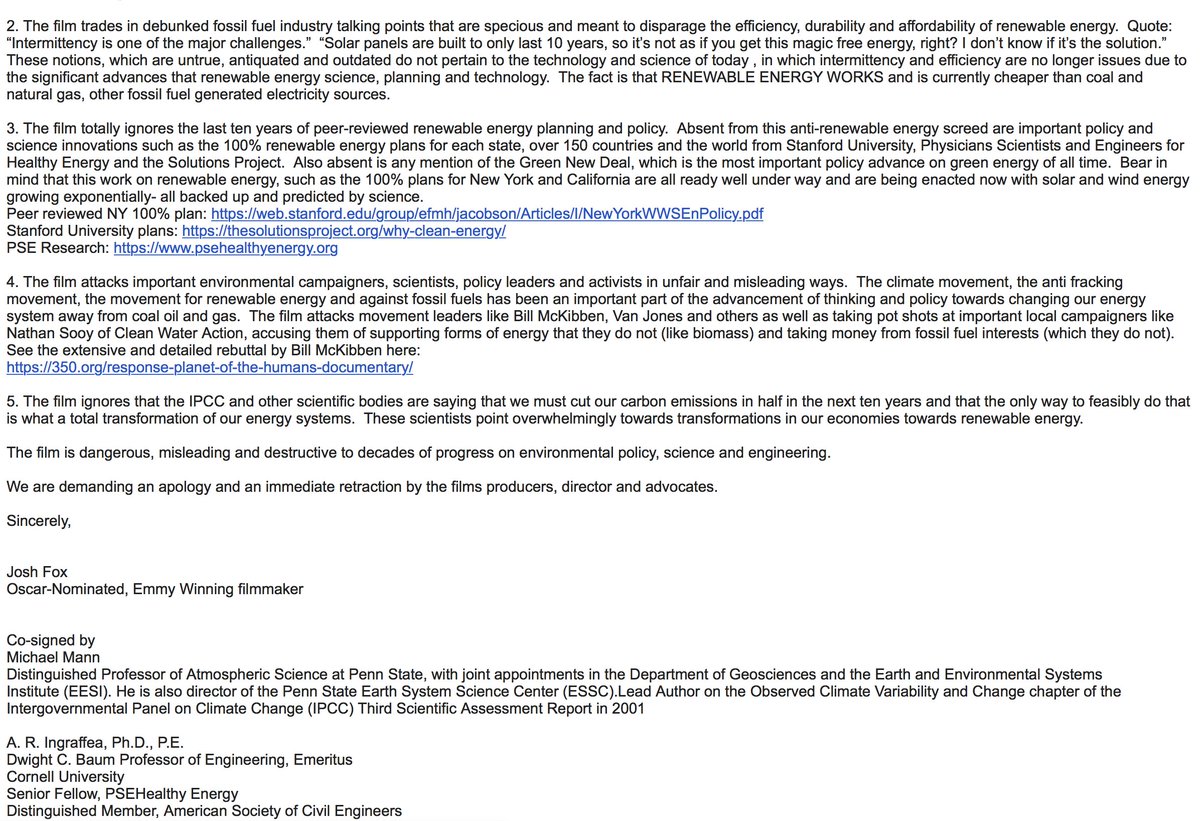 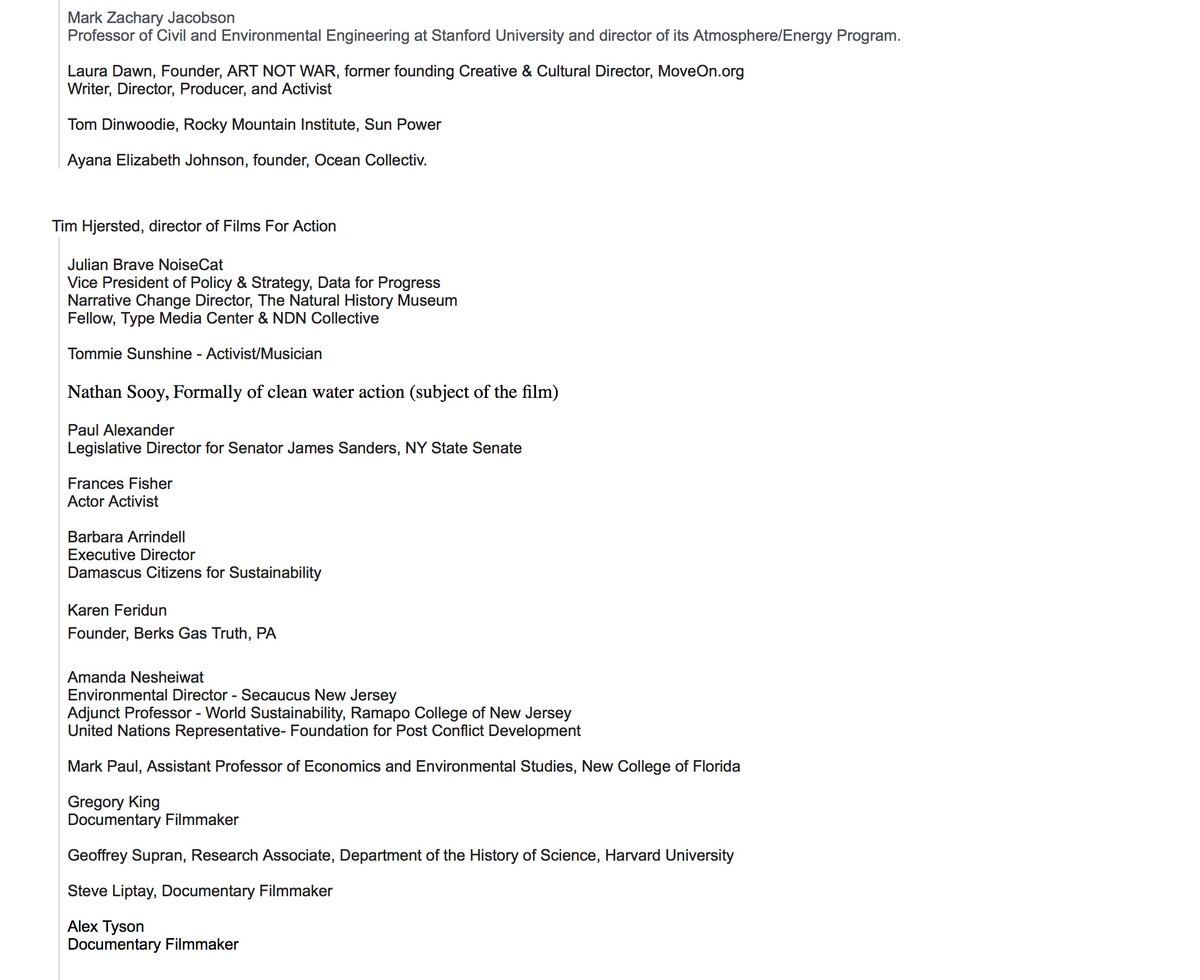 2)Thank you to the early co-signers of the letter demanding an apology from @MMFlint:

We will continue to fight for truth, #RenewableEnergy and a #GreenNewDeal
3)Like all the distributors of the film that I spoke t, FFA had not seen the film prior to posting it. I don't blame @FilmsForAction for this-they did it bc of @mmflint's reputation. But I think it's strange that Michael Moore would not let anyone see the film before distribution
4)So many people have speculated as to why @mmflint would put up a movie with so many fossil fuel industry talking points and with so many errors, falsehoods and misinformation. I can't guess. We can only ask Michael these questions. He has not responded to our letter. If you ..
5)Wish to co-sign this letter please add your name and title below. Thank you.

#GreenNewDeal #ActOnClimate
I will add here, with deep regret and sadness, that my hero has fallen. I have watched @MMFlint PUNCH UP at authority and hypocrisy with glee for his whole career. He has deeply inspired me and taught me. But now he's the Goliath in the room, PUNCHING DOWN at us.
A multi-millionaire many many many times over, @mmflint is now attacking environmental heroes like @billmckibben, @VanJones68 and even local organizers like the great Nathan Sooy of PA. I cannot sit by and watch that happen. This is not fun, this is terrible.
You can follow @joshfoxfilm.
Tip: mention @twtextapp on a Twitter thread with the keyword “unroll” to get a link to it.