And since reading lists are more welcome than ever these days, here are some of our favourite books on nuclear weapons and on changing the world #thread

Our campaign coordinator @dhogsta recommends John Hershey’s “Hiroshima” because if you don’t know what happened there, you don’t know the truth about nuclear weapons: https://www.goodreads.com/book/show/27323.Hiroshima
Hiroshima by John Hersey

Hiroshima book. Read 2,829 reviews from the world's largest community for readers. On August 6, 1945, Hiroshima was destroyed by the first atom bomb ever...

https://www.goodreads.com/book/show/27323.Hiroshima
Our Policy & Research coordinator @azakre had too many #goodbooks to pick just one. She recently read and learned a lot from Peter H. Eichstaedt's “If You Poison Us: Uranium Mining and Native Americans” and “People of the Bomb” by Hugh Gusterson, though. #WorldBookDay
ICAN’s ED @BeaFihn is all about taking and inspiring others to take action - so she encourages you all to dive into Read and Riot, by @pussyrrriot's Nadya Tolokonnikova

https://www.goodreads.com/book/show/35068832-read-riot
Have you read “Barefoot Gen”? Our Operations coordinator @celinenahory recommends this iconic #manga/ graphic novel about the bombing of Hiroshima and its aftermath: https://en.wikipedia.org/wiki/Barefoot_Gen #worldbookday2020
Our content intern, Sukanya, recommends ”Five Myths About Nuclear Weapons” in which Ward Wilson brilliantly breaks down why nuclear weapons are enormously dangerous and ‘not terribly useful’… #WorldBookDay https://www.hmhbooks.com/shop/books/Five-Myths-About-Nuclear-Weapons/978054785817
Liz, our Admin & Finance Manager, recommends “Atomic Audit: Costs and Consequences of U.S. nuclear weapons since 1940” for an idea of how much money has been wasted on these weapons of mass destruction. And keep in mind those $$$ have gone way up since 2008! #WorldBookDay
Our Treaty Coordinator @TimMilesWright wants to recommend @achesonray’s forthcoming “Banning the Bomb, Smashing the Patriarchy”, but that’s cheating bc he’s one of the lucky ones who gets to read a preview

#staytuned, though! #WorldBookDay2020
Finally, though it’s a children’s book, digital campaigner @lucerito_oyarzun thinks “Sadako and the thousand paper cranes” is a must-read no matter your age, because it shows how the effects of nuclear radiation can destroy lives (but not hope) even years later. #WorldBookDay 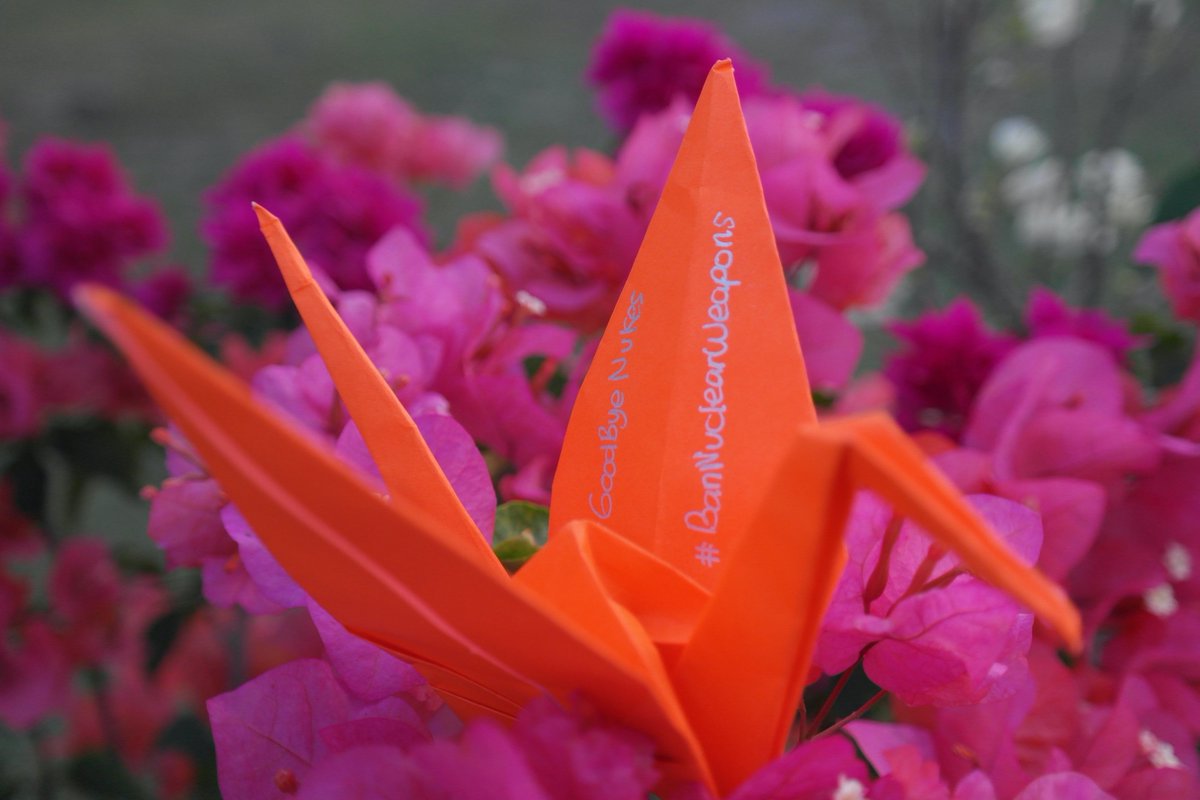 Of course, there are so many more great reads out there on #nuclearweapons, on activism and on both, together! And we have some very well-read twitter followers

So now it’s back to you: what do you recommend on #WorldBookDay?
You can follow @nuclearban.
Tip: mention @twtextapp on a Twitter thread with the keyword “unroll” to get a link to it.