Read on Twitter
This is when they're about to film ep11 when Type broke up w Tharn. Mew said this was the hardest scene he ever done bc it requires him to cry like his heart was about to give out & he was required to beg too. Mew said he never experience that feeling in real life before
#MewGulf 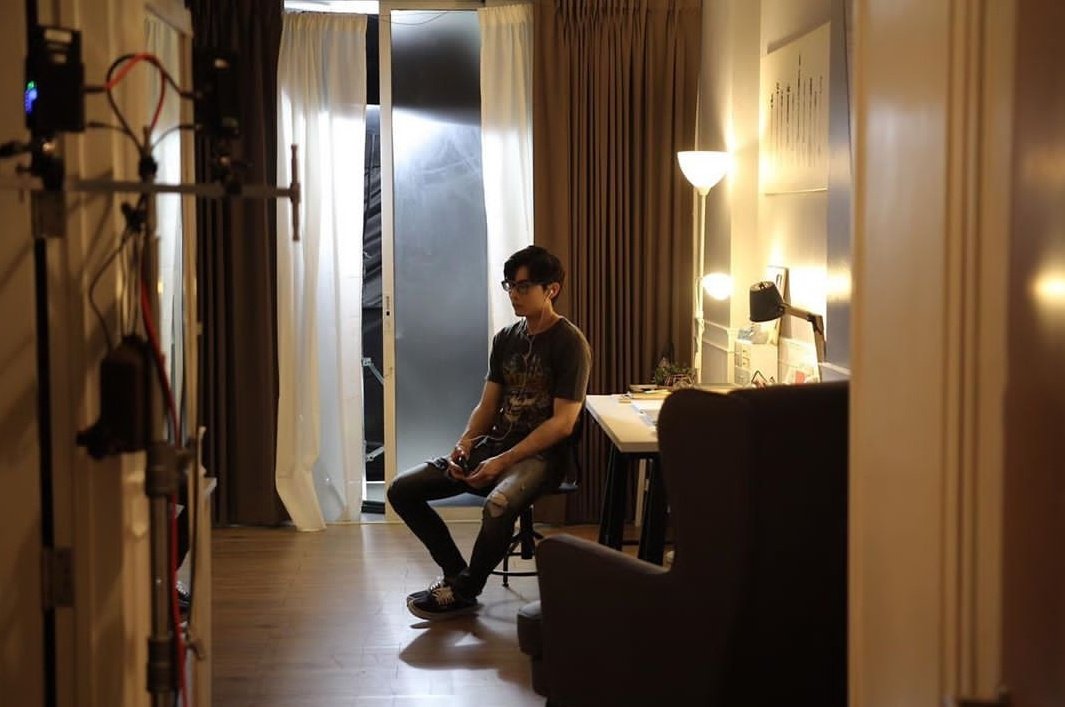 He was so focused in getting into character, we can see here he was alone, he was listening to songs to help him extract the right "feelings" to be Tharn. To feel brokenhearted like you just lost the love of your life and he delivered and portrayed it so perfectly.
#MewSuppasit
Mew had to deliver the feelings of being broken hearted from losing the person he love the most. He had to portrayed the feelings of willingness to change for his love. Mew had to put all of his emotions & broken down all his barriers for this scene. He was hopeful yet hopeless.
In the end, Mew had to cry as if his world has fallen apart. I can feel the despair when Type left despite Tharn's efforts. He felt dejected. Mew even explained in interview that during this scene, he did not stop Type bc Tharn felt like he did not deserve to hold on to him

Mew also explained that they actually had already film this scene but the crew felt like #mewgulf did not deliver the feelings very well so they had to do a 1week workshop focusing only on this ep. They had to really dig deep & learn the feelings of Tharn and Type in that moment
G even said in interview during M's scene where he fell down & started crying, all the crew in the room went quiet. He said usually during filming, there are noises can be heard from the crew working, but during this scene, everyone went silent & G even said he had goosebumps
You can follow @pgulfpmew.
Tip: mention @twtextapp on a Twitter thread with the keyword “unroll” to get a link to it.