We don't always talk about it this way, but housing and zoning are issues of climate and environmental justice.

Simply put, single-family homes are worse for the environment than higher-density housing like #MissingMiddle.

A big reason is carbon emissions. Not only does low-density housing use energy less efficiently, but zoning exclusively for single-family homes increases car-reliance.
This map from @CoolClimateNw is household carbon emissions in the DMV.

Notice how DC and its immediate suburbs have lower household emissions? That's chiefly because of higher-density development that conserves energy & facilitates the use of public transit, biking, or walking. 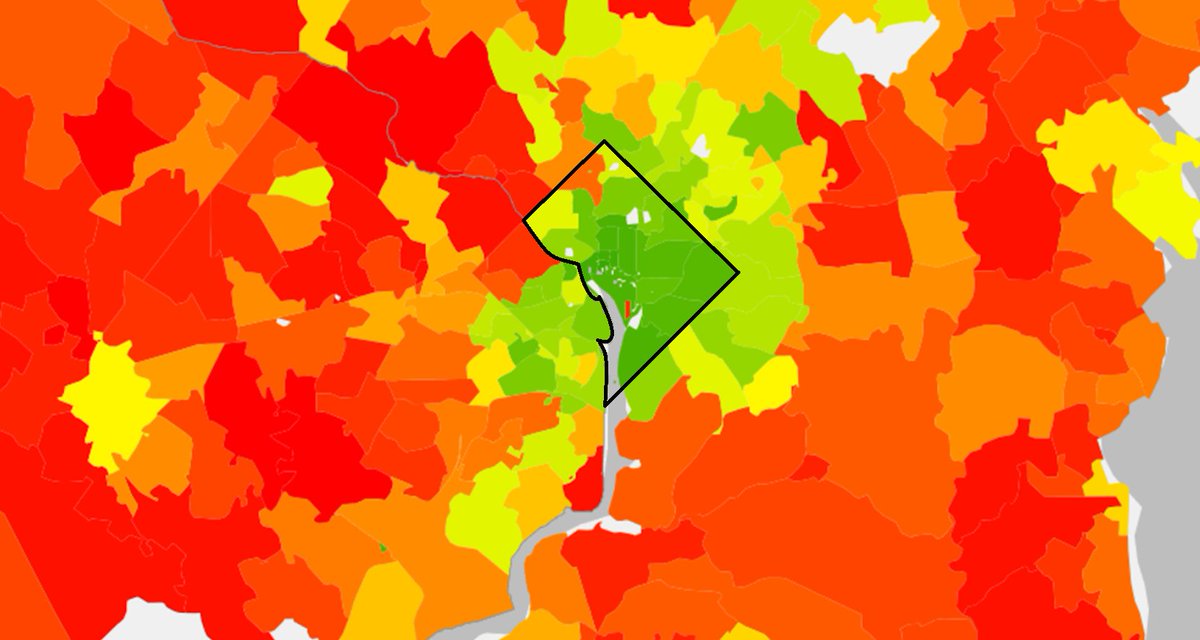 Another negative consequence of low-density zoning is that it takes more land to produce less housing.

Instead of allowing for multi-family housing in existing neighborhoods, single-family zoning sprawls into previously untouched areas, where the natural landscape is torn down.
Where we allow for affordable housing also has huge implications for environmental justice.

A new analysis shows that residents in once-redlined areas have a higher risk of asthma-related health problems.

https://www.usnews.com/news/healthiest-communities/articles/2019-05-24/asthma-air-pollution-rates-higher-in-historically-redlined-neighborhoods
The bottom line is that it's near *impossible* to solve the climate crisis if we don't prioritize housing + transit the same way we do other parts of the economy.

If we embrace density, we can lower emissions, strengthen public transit and supply the affordable housing we need.
You can follow @IbraheemSamirah.
Tip: mention @twtextapp on a Twitter thread with the keyword “unroll” to get a link to it.