I FREAKING CALLED IT

I SO BLOODY CALLED IT 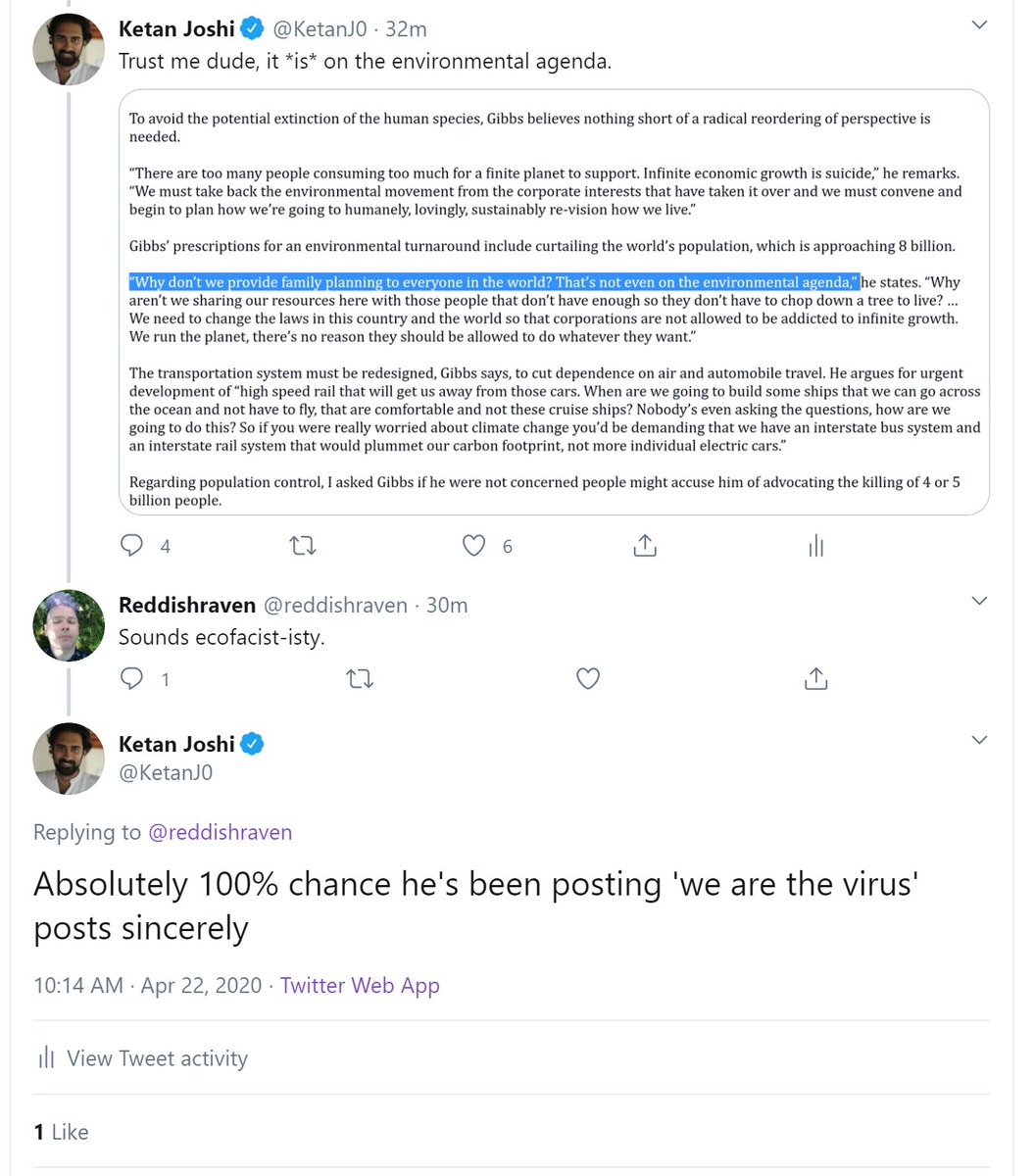 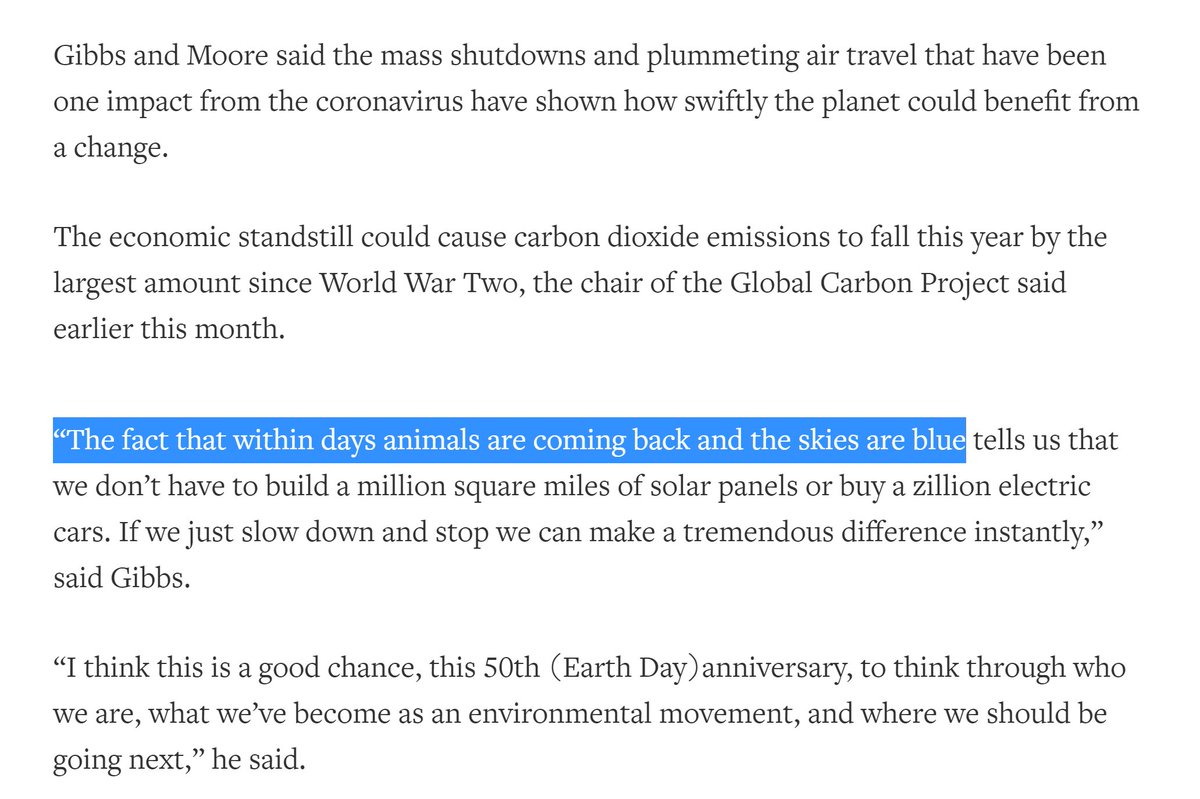 Yep, all of the worst people are flocking to this one 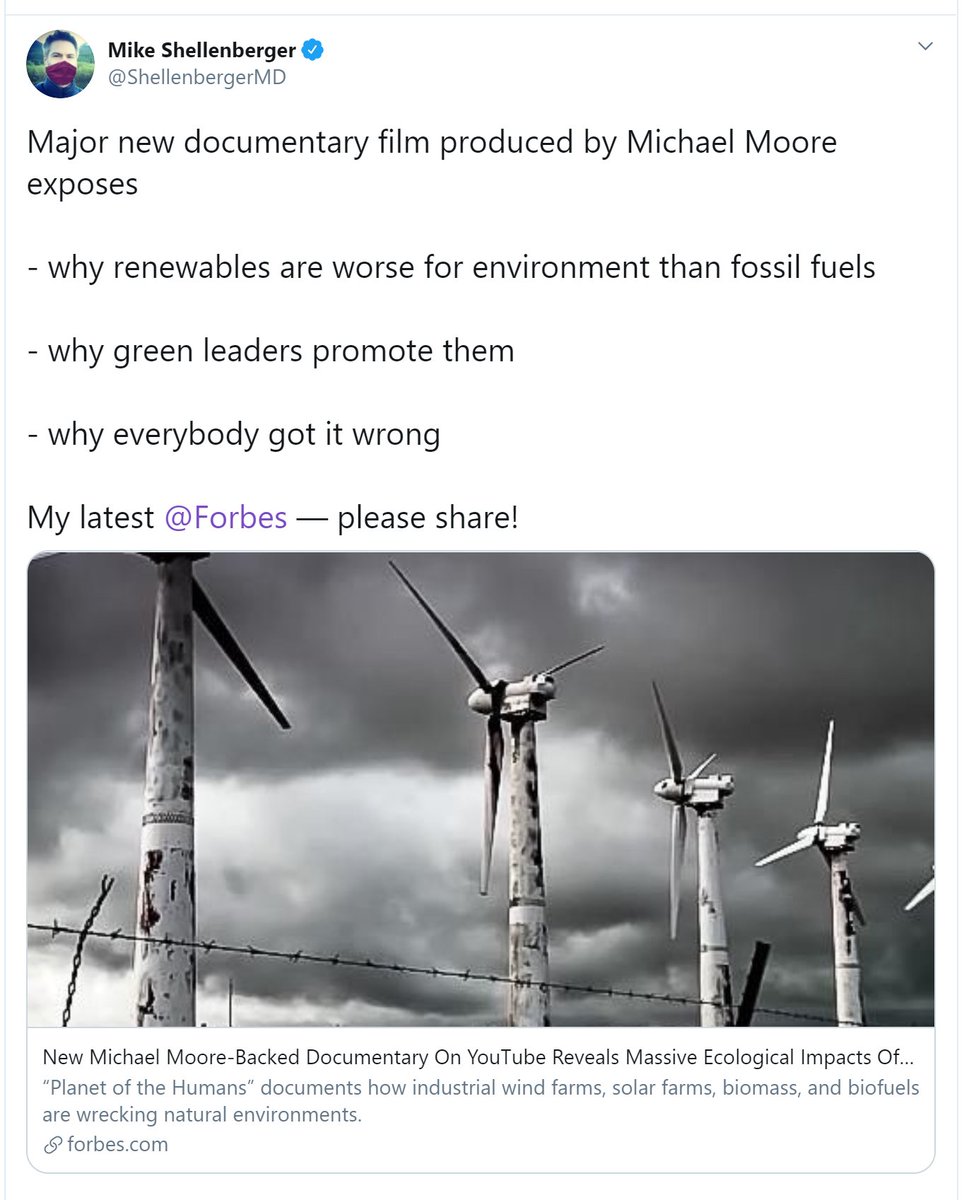 Michael Moore bringing together the white male small-population racists and the white male ecomodernist ultra-growth bros to attack solar and wind on Earth Day is just such a pure 2020 story. 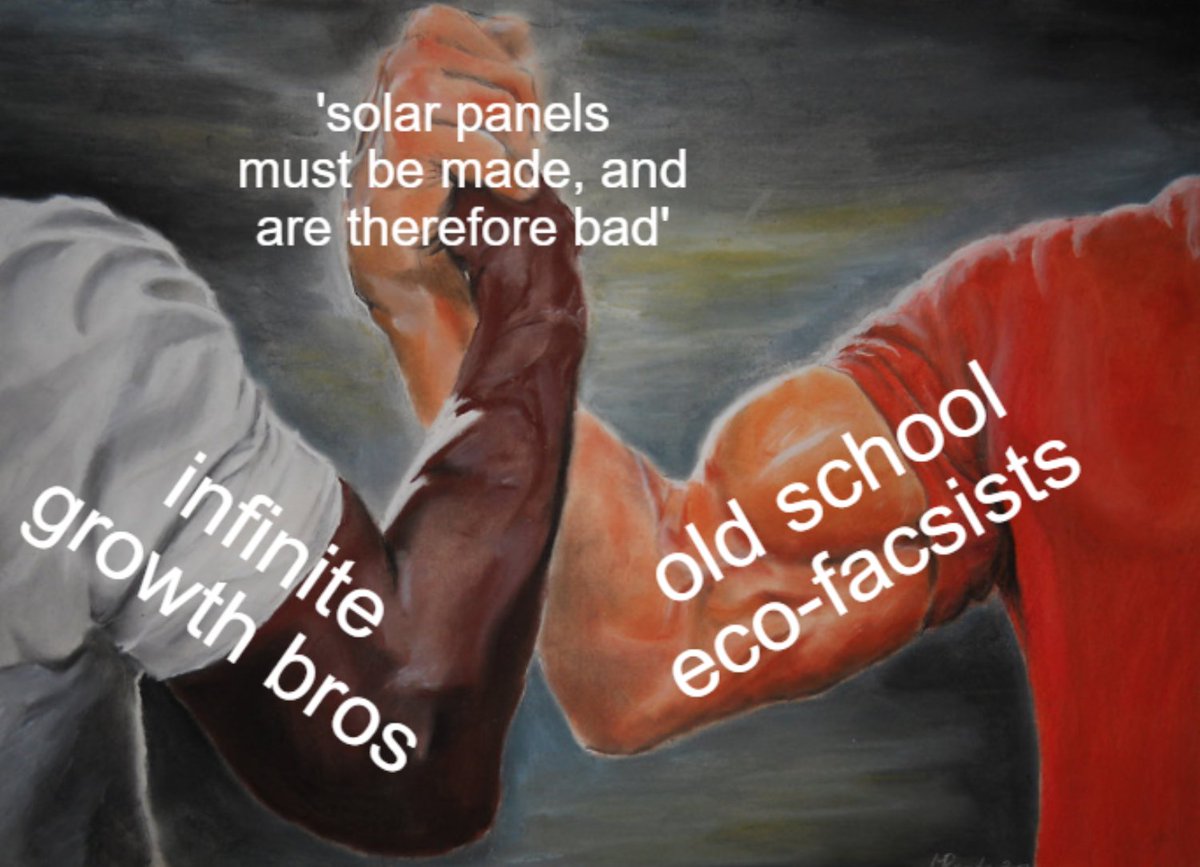 Wind and solar are not growy enough for the people who like heaps of grow and too much grow for the people who not only dislike grow but want anti-grow
They really are a great pairing. Sworn enemies, brought together in the making of over-long Youtube documentaries to bash renewables. 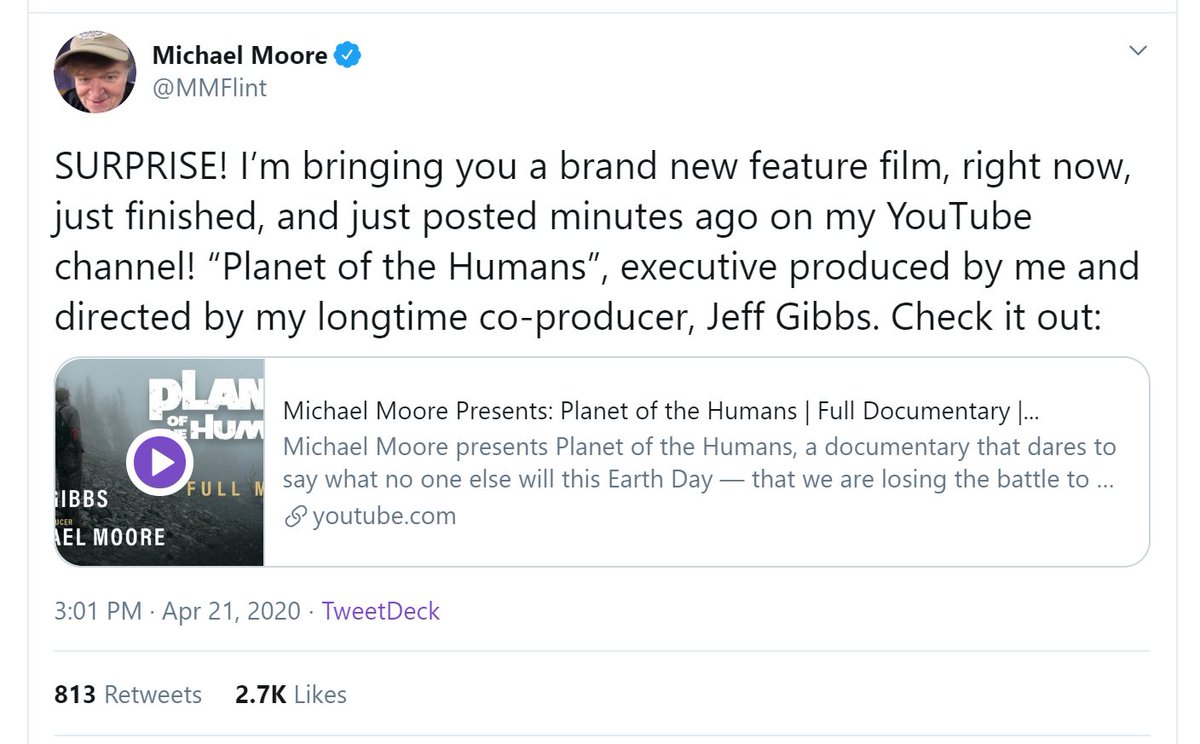 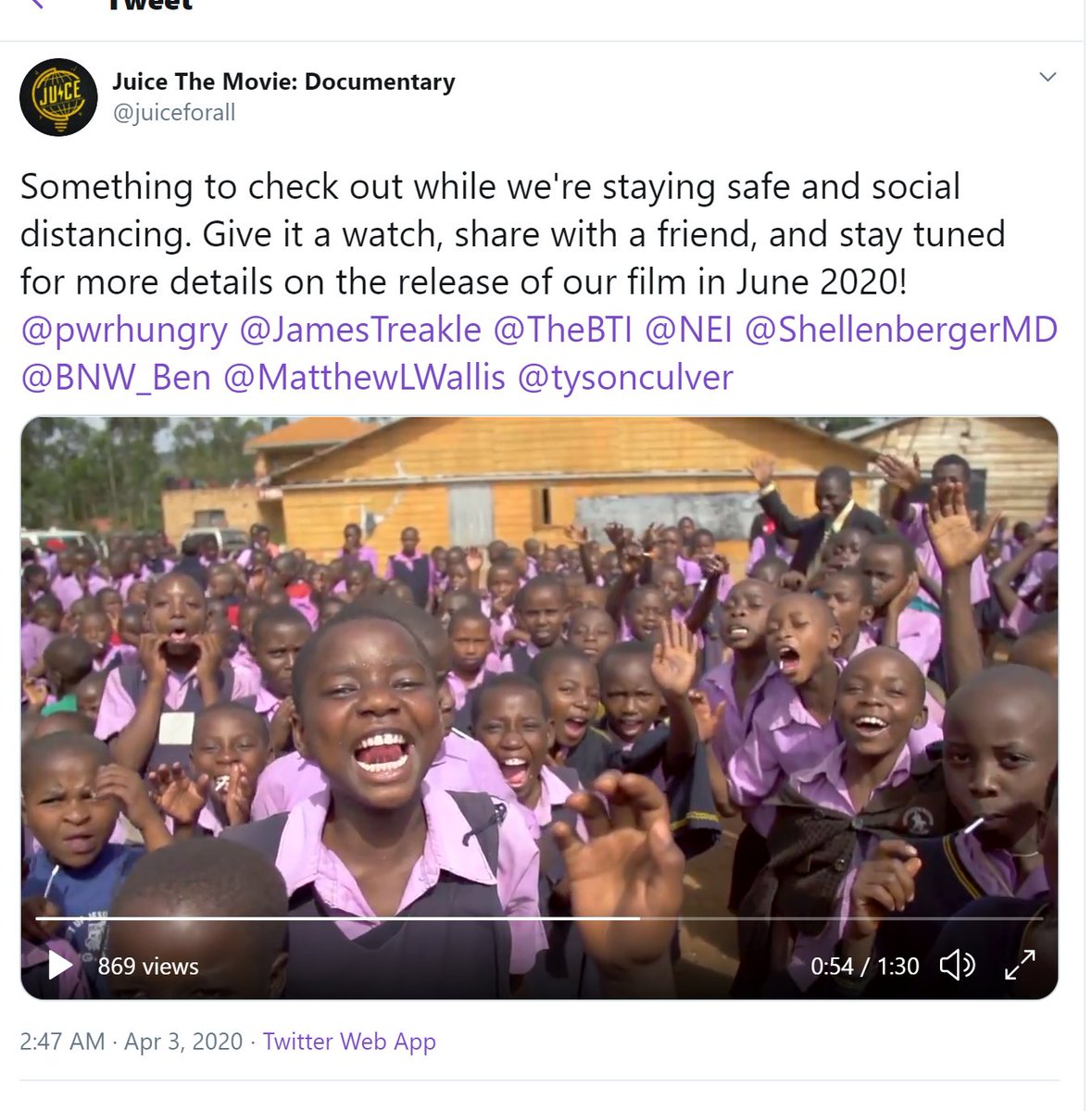 The nuclear power documentary to be released in June features Australia's @BNW_Ben talking about "the hidden dangers of renewables" (!!!) 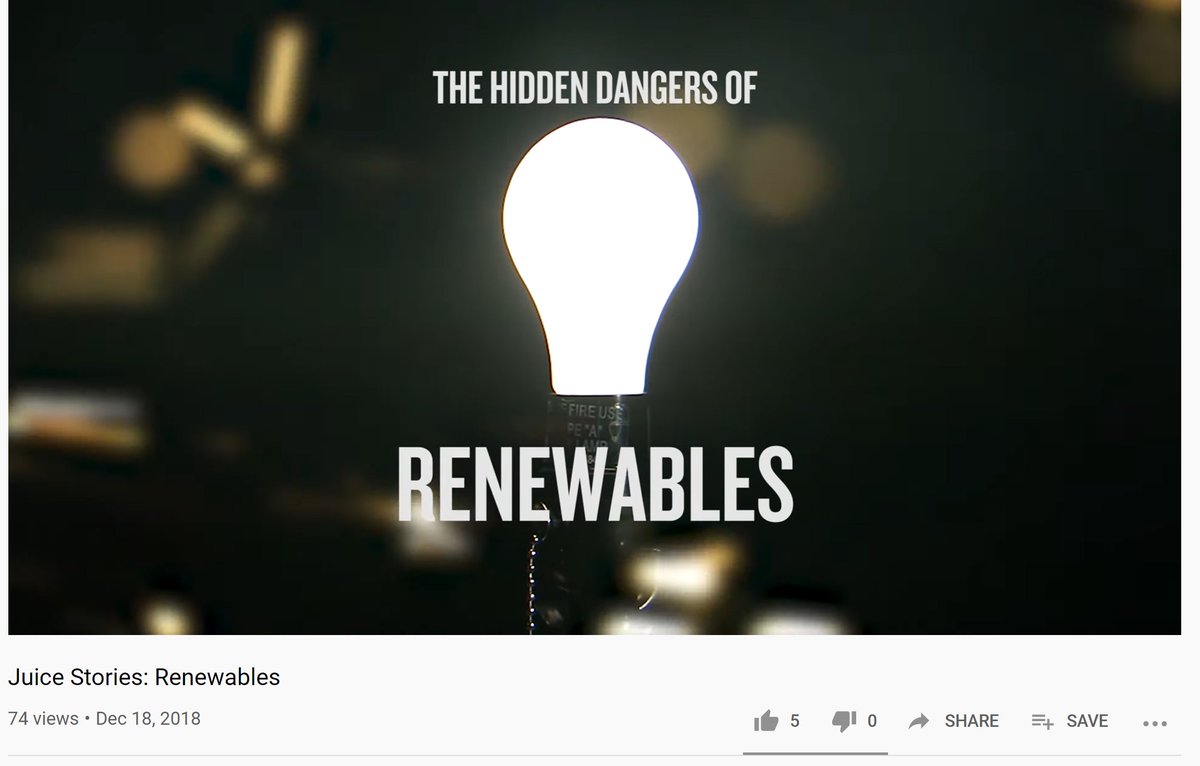 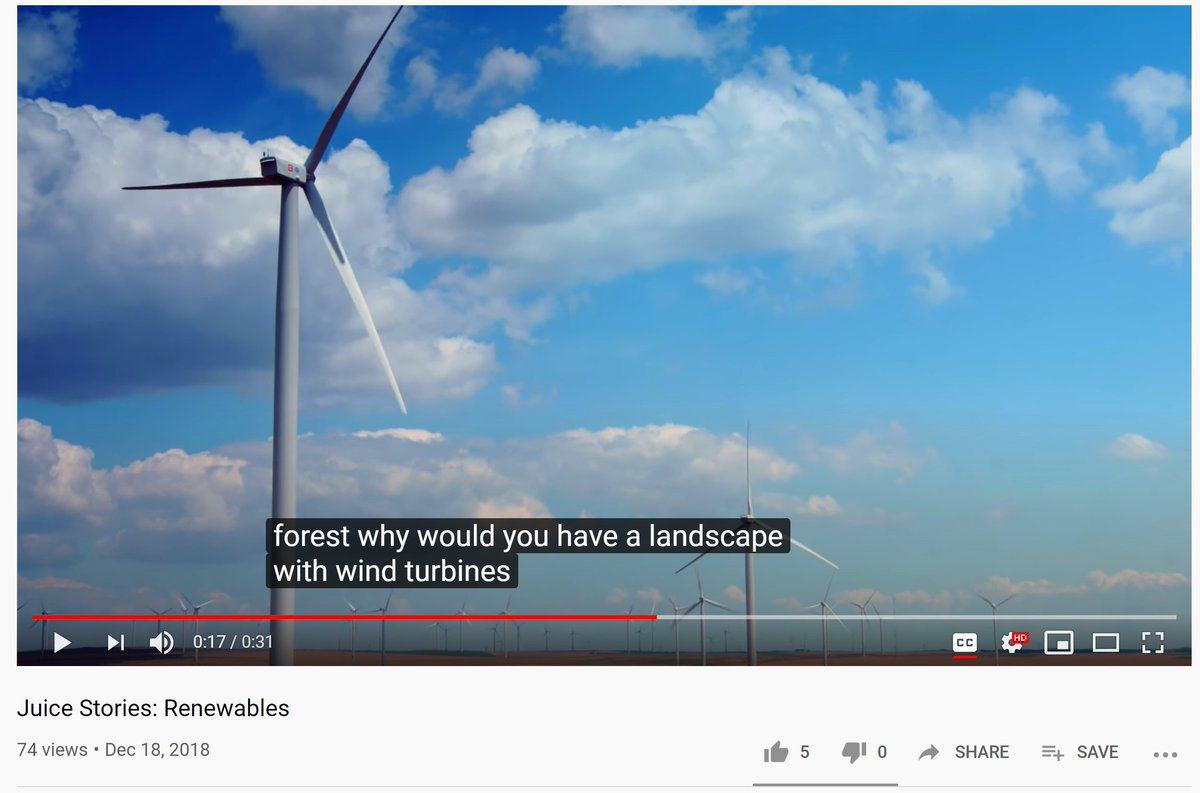 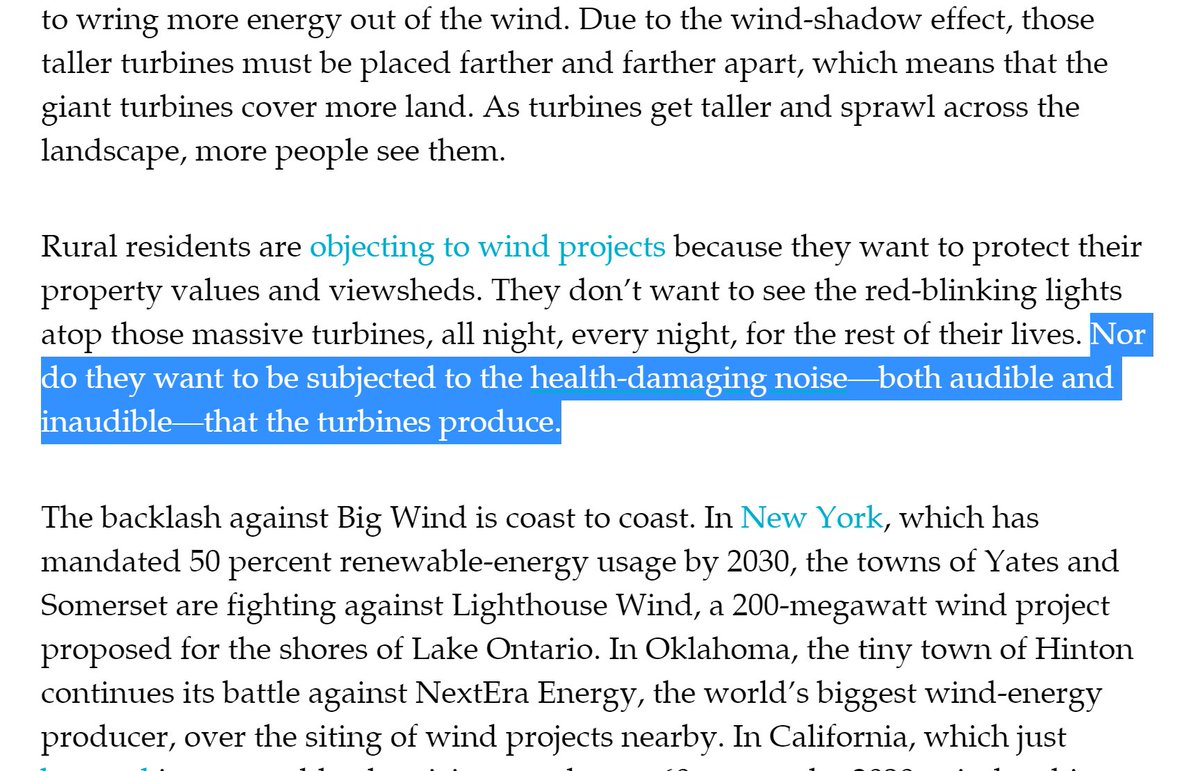 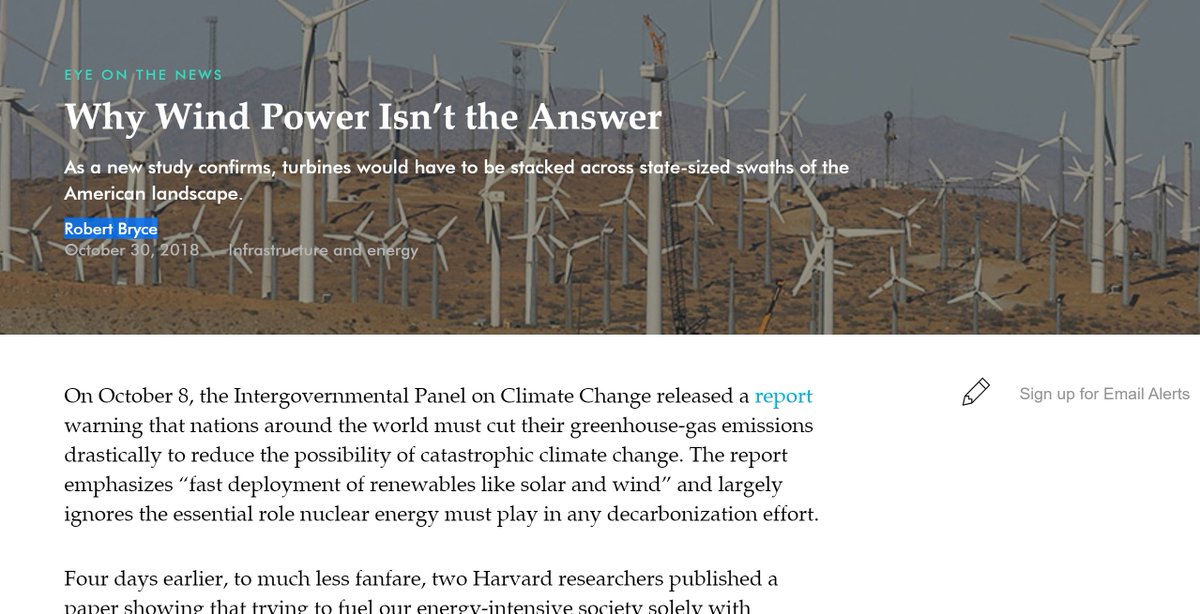