Here's a timeline of events relating to UCP mismanagement of the outbreak at Cargill. #ableg
Beginning on March 7, @ChristinaNDP started calling for the government to ramp up Occupational Health and Safety inspections in a meeting with Jason Copping, Minister of Labour and Immigration, and during Question Period in the Legislature. #ableg
April 1: Minister Devin Dreeshen told Albertans there would be additional provincial inspectors and that inspection capacity would increase to guarantee safety. #ableg
April 6th: the first case of COVID-19 confirmed at Cargill.

April 7: @ufcw401 asked the Minister to shut the plant down to assess and create a safe working space that is compliant with Public Health Orders.

They were ignored. #ableg
April 15th: inspection was completed at Cargill and report submitted the following day. #ableg 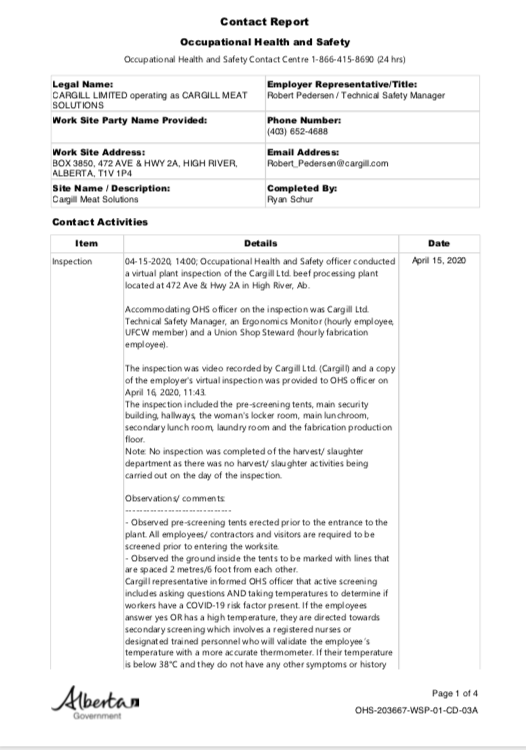 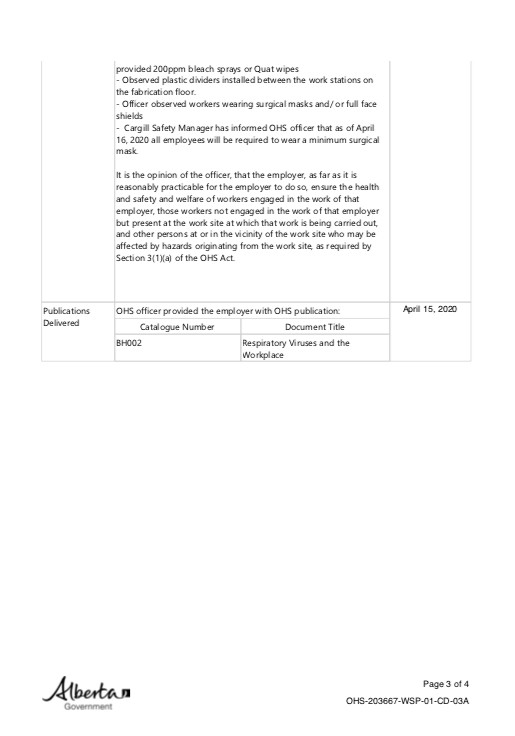 April 18: Minister Dreeshen said “Cargill plant has taken all necessary measures to mitigate risk to its staff” and had “directly communicated with workers to reassure them that their worksite is safe.” #ableg
April 20th: Minister Dreeshan finally decides to temporarily close the plant, a move that should have been taken more than two weeks ago. #ableg
The UCP claimed over and over again that the Cargill outbreak was under control & there was no further risk.

It’s outrageous hundreds of people have contracted a deadly virus because the UCP couldn’t see past the supply chain to the people at work. Now both are at risk. #ableg
You can follow @RachelNotley.
Tip: mention @twtextapp on a Twitter thread with the keyword “unroll” to get a link to it.