Read on Twitter
In 2016, public housing tenants in #Baltimore won a historic settlement in a class action suit against @bmorehabc of $8 million for alleged #sexualharassment & abuse by maintenance workers. The case was Smith v. Housing Authority of Baltimore City.

The 19 women who brought the lawsuit were asked to perform sexual favors in exchange for basic maintenance services and upkeep in violation of the #FairHousingAct.

#FairHousingMonth
They were subjected to uninhabitable conditions of disrepair when they refused or complained.

This settlement is a stark reminder of the rampant problem of #sexualharassment in housing, especially in low-income communities and for women of color.

#FairHousingMonth
. @NAACP_LDF has enforced the #FairHousingAct on behalf of Black communities for over 50 years.

We know that the economic hardship caused by the #CoronavirusPandemic threatens to leave many vulnerable to housing discrimination, including #sexualharassment. 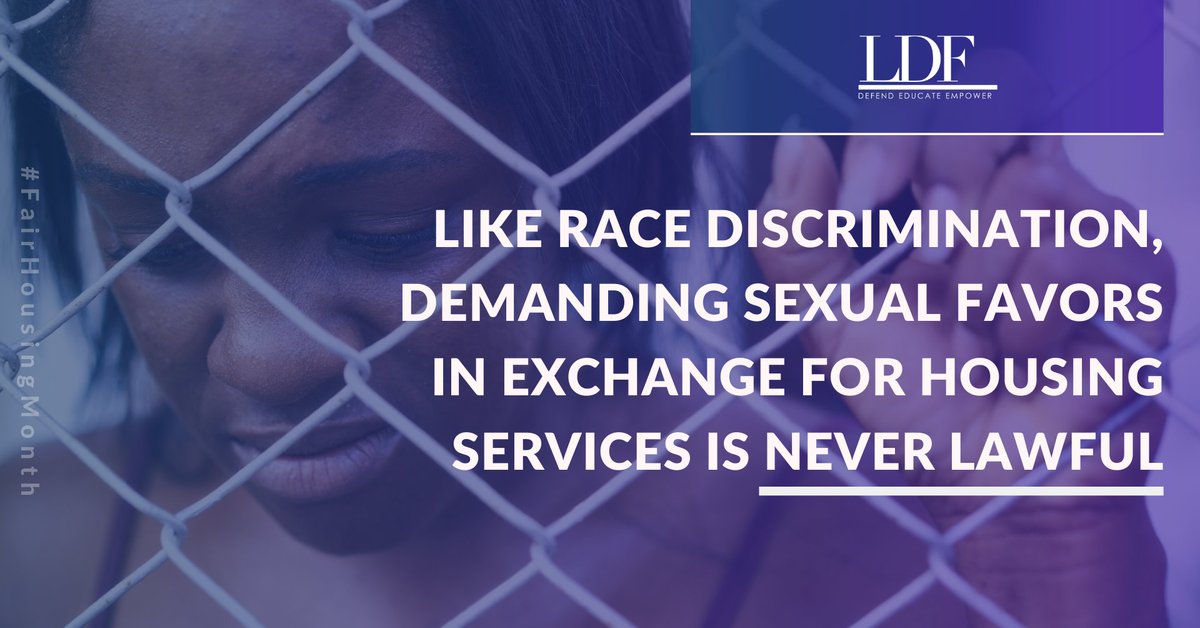 You can follow @JNelsonLDF.
Tip: mention @twtextapp on a Twitter thread with the keyword “unroll” to get a link to it.