Read on Twitter
Welcome to another edition of the universally feared #Crappukino, my series about terrible movies. Today, to stay topical, we are going to talk about a North Korean film: 1985 Pulgasari. 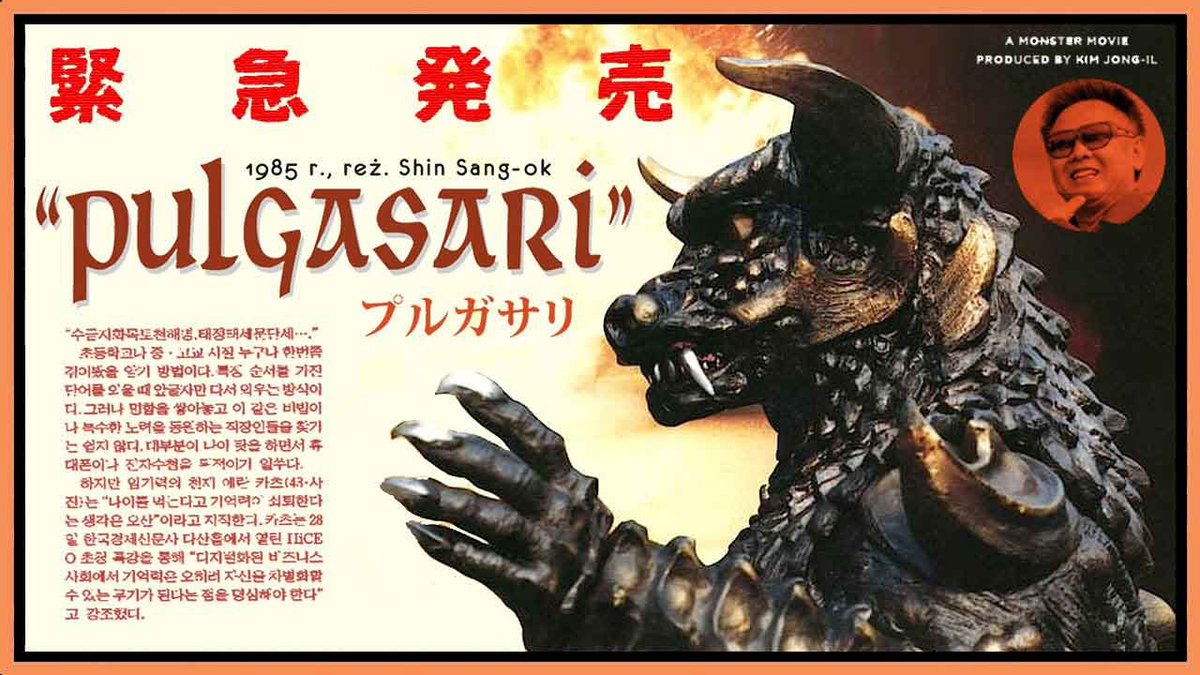 This time what the movie is about or any possible gaffes don't really matter. Well, at least they pale in comparison to the fabulous story of how this movie was made.

But let's look at the movie's plot anyway. 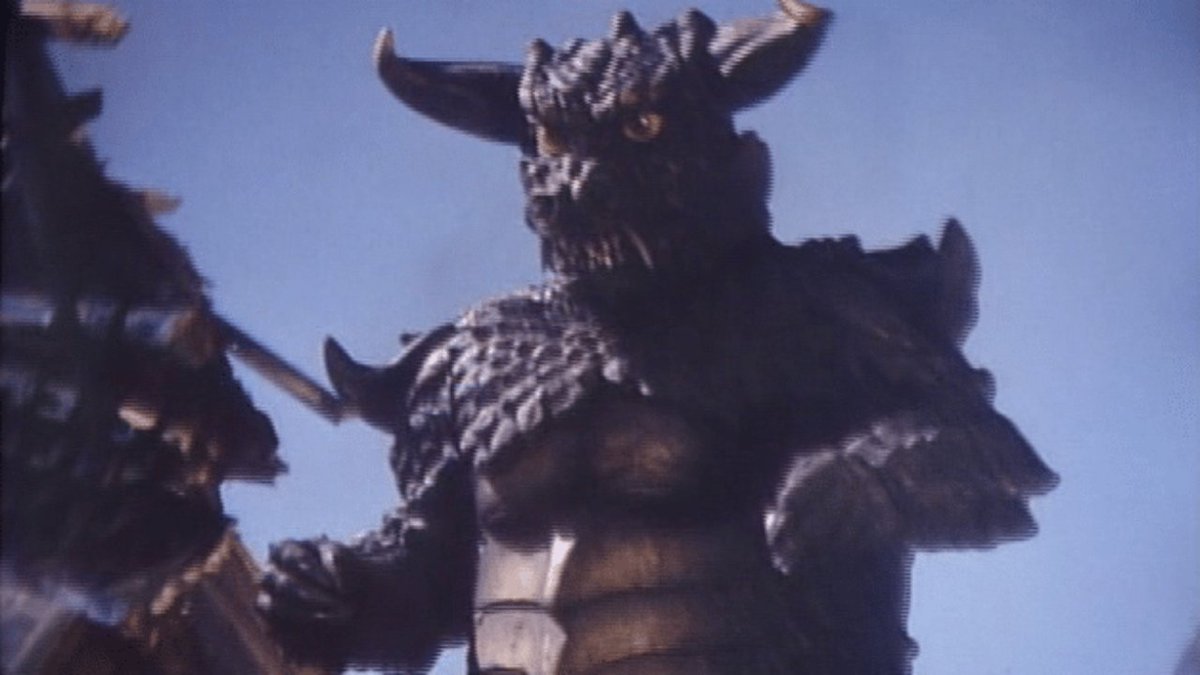 The movie is set in a feudal Korea under the rule of a tyrannical king. An old man creates a small figurine and, with his dying wish, asks the gods to give it life and help the oppressed. Thus Pulgasari is born!

Based on an old legend, so don't judge the plot too harshly. 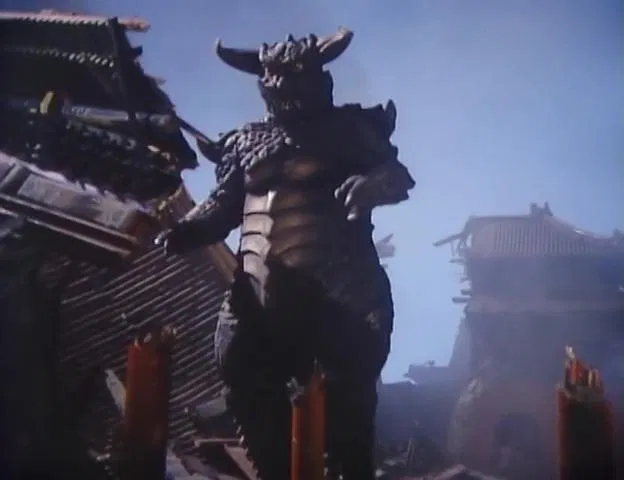 When I watched Pulgasari with my friends, we automatically called it "Juche Godzilla." And... yeah, that's it. Pulgasari helps the peasants lead a revolution against the king, all while the human leads subtly deliver revolutionary principles. 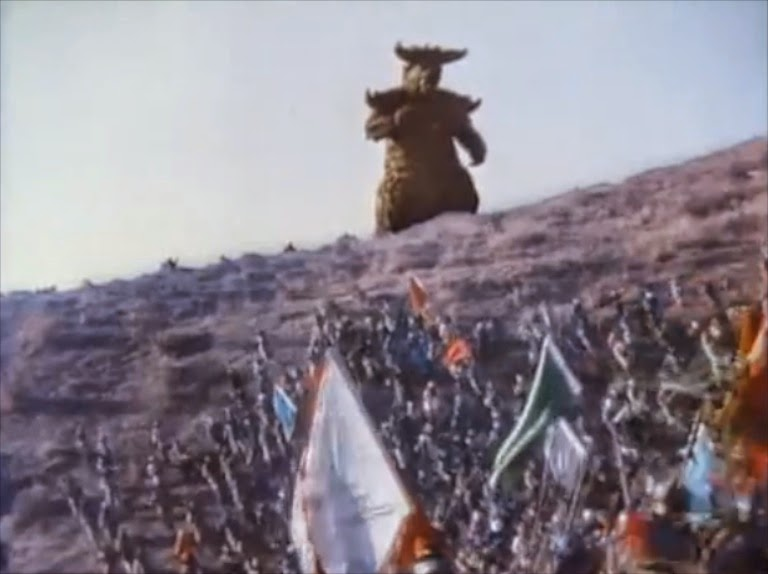 There's an interesting coda, though, in that after the revolution Pulgasari turns his hunger against those same peasants, than then have to band up to kill it thanks to the sacrifice of the old man's daughter.

It's not a bad kaiju film, honestly! 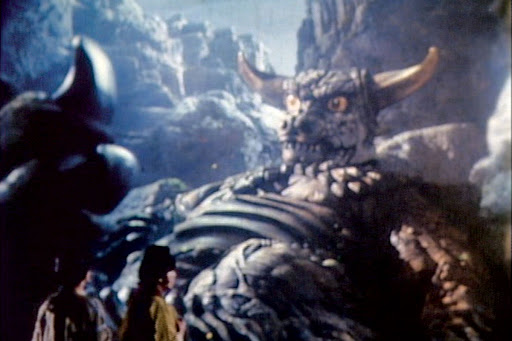 Well, North Korea kidnapped them and made them shoot movies for them.
Not what North Korea says! To this day they insist they actually defected.

The story the makers of Pulgasari tell is quite different, of course. Apparently, Kim Jong-il was a big, big fan of movies, and was frustrated with the state of North Korean cinema. 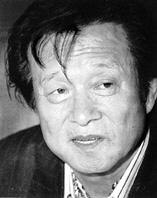 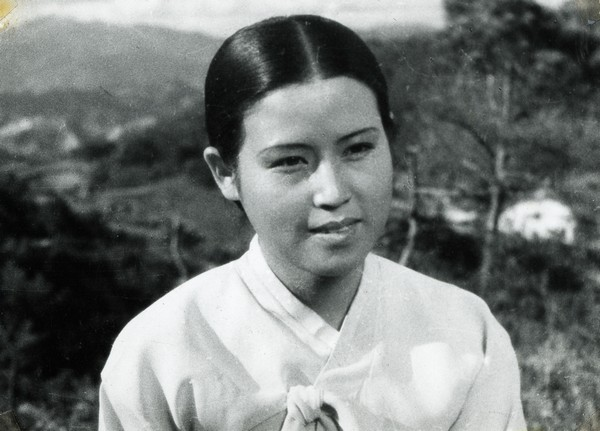 Apparently Choi was lured to Hong Kong with a false proposition to get her to direct an academy there, where she was captured. Her husband was trapped when he went to look for her. They were taken to North Korea and given very lavish accommodations. 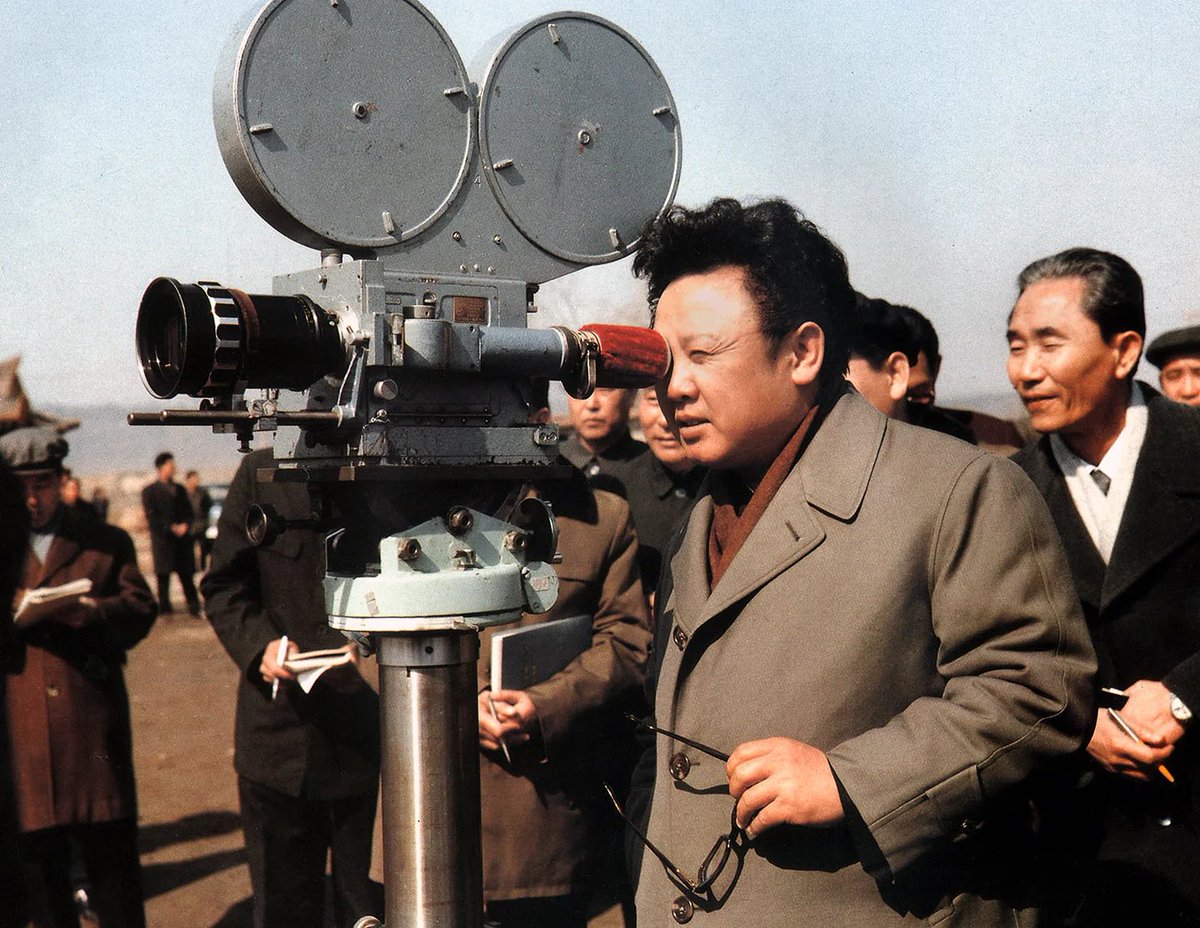 The North Korean call bull on all this: they point out that Shin's film license in South Korea had been revoked and that he had been desperate to find a job.

Whatever the case, they shot seven films in North Korea. Their last one was Pulgasari. 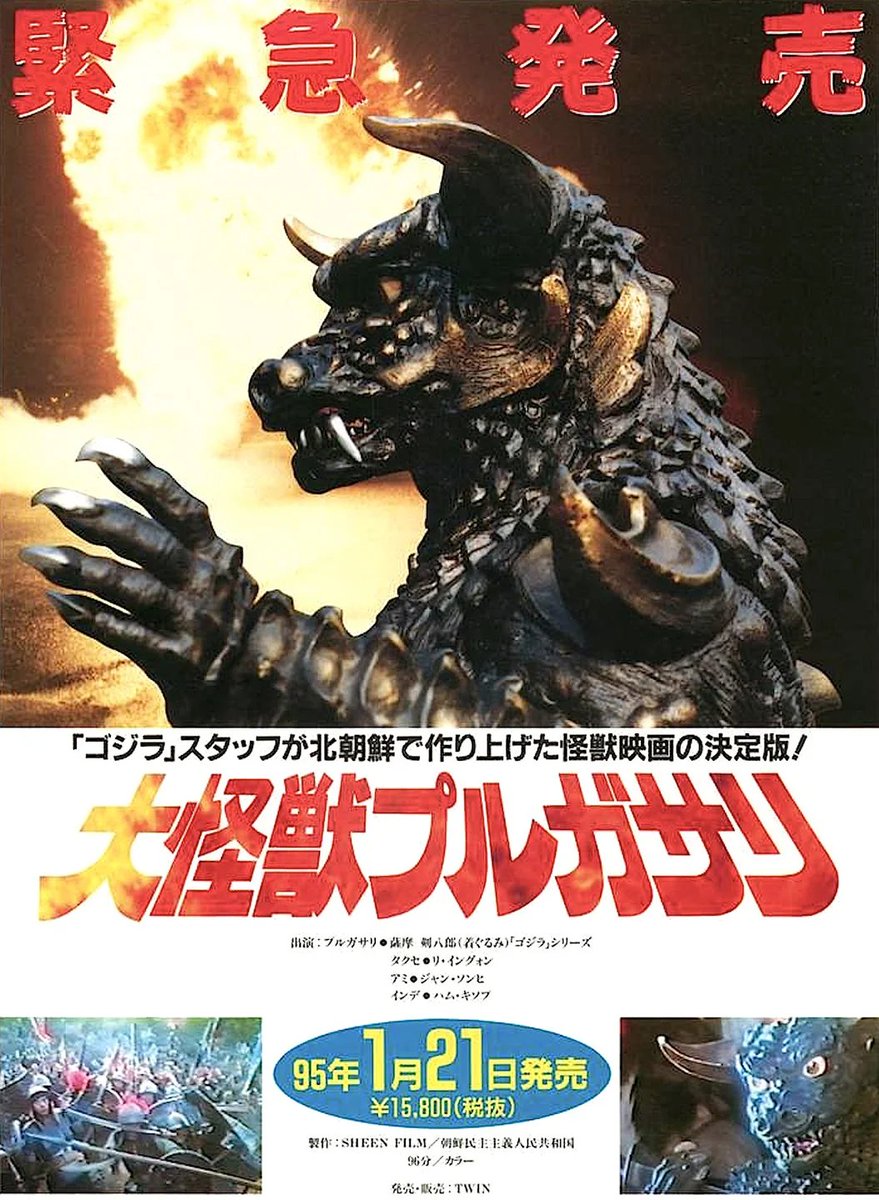 Kim was a big Godzilla fan, despite not being too fond of the Japanese, and he really wanted a kaiju film that Westerners would love.

Well, Westerners didn't care much, but Pulgasari was a massive hit locally. He even got Kenpachiro Satsuma, the man inside Godzilla's suit! 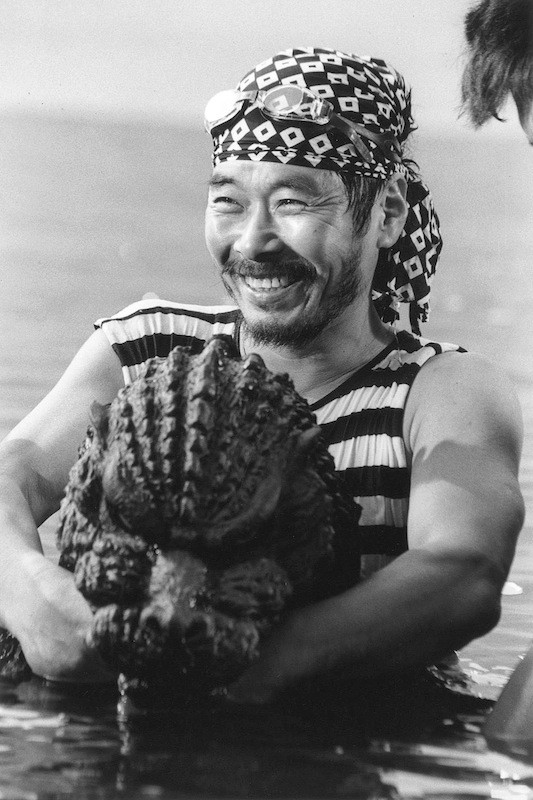 Months later, Kim asked Choi and Shin to travel to Vienna to find someone that would finance a biographical film about Genghis Khan. While there, the couple managed to sneak out and ask for asylum in the US embassy.

There went the plans for Pulgasari 2: Son of Pulgasari! 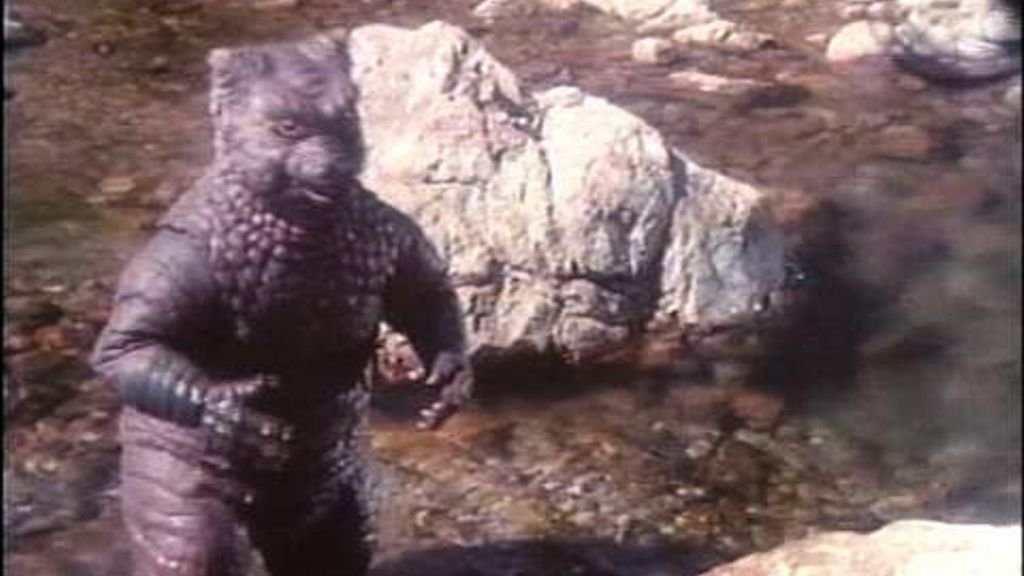 North Korea insists that they had defected willingly, and that they escaped because they had embezzled a large amount of money. Shin and Choi, though, was careful to tape some conversations, including one where Kim spoke openly about his plot to kidnap them. 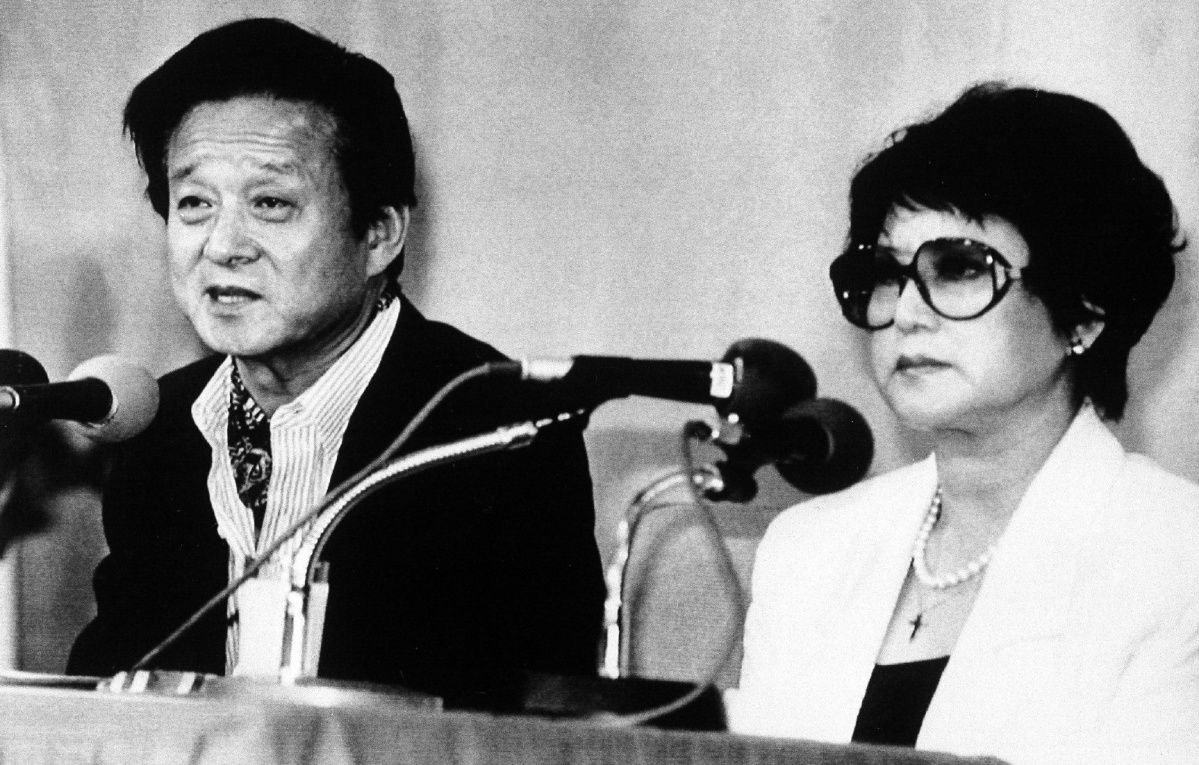 And that's the amazing story of Pulgasari, Kim the movie fan, and the kidnapped couple.

Would I recommend Pulgasari? Oh yes! He really was a great director. It's on YouTube, so don't worry about any ethical concerns.

See you again next time! 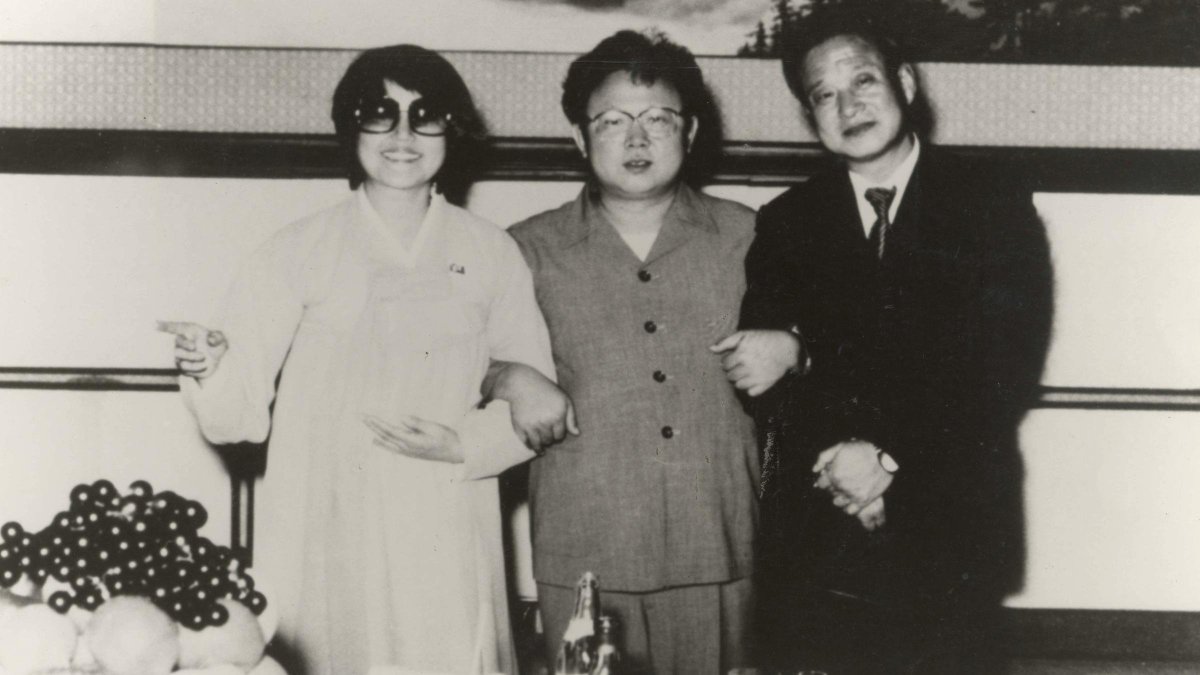 You can follow @JoinTheSchwarz.
Tip: mention @twtextapp on a Twitter thread with the keyword “unroll” to get a link to it.