Read on Twitter
1/12 Now that #WarJunk is published, it’s time to offer a sneak peek! So let’s talk about one type of war junk…bedframes! THREAD 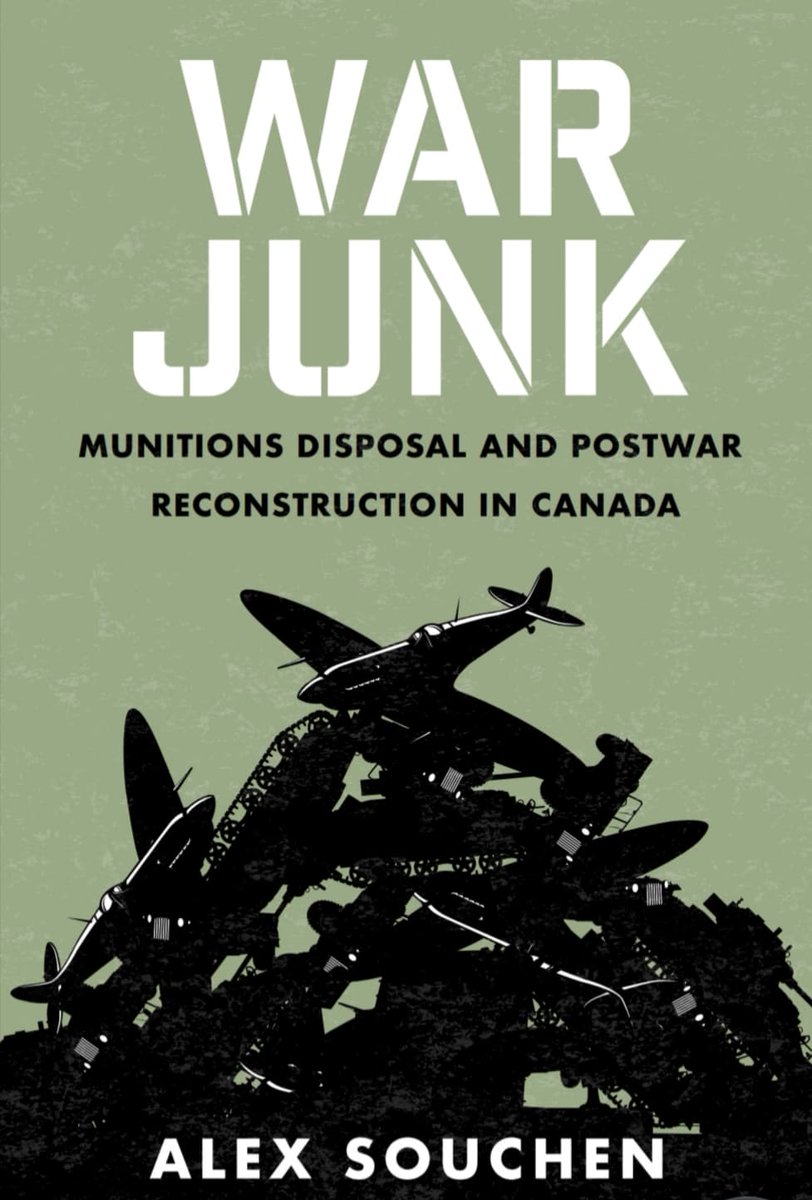 2/ When the war emergency grew more serious from 1940 to 1942, the Canadian gov’t mobilized for total war. In doing so, the Army, Navy, & Air Force rapidly expanded & by 1945 about 1.1 million Canadians had enlisted. 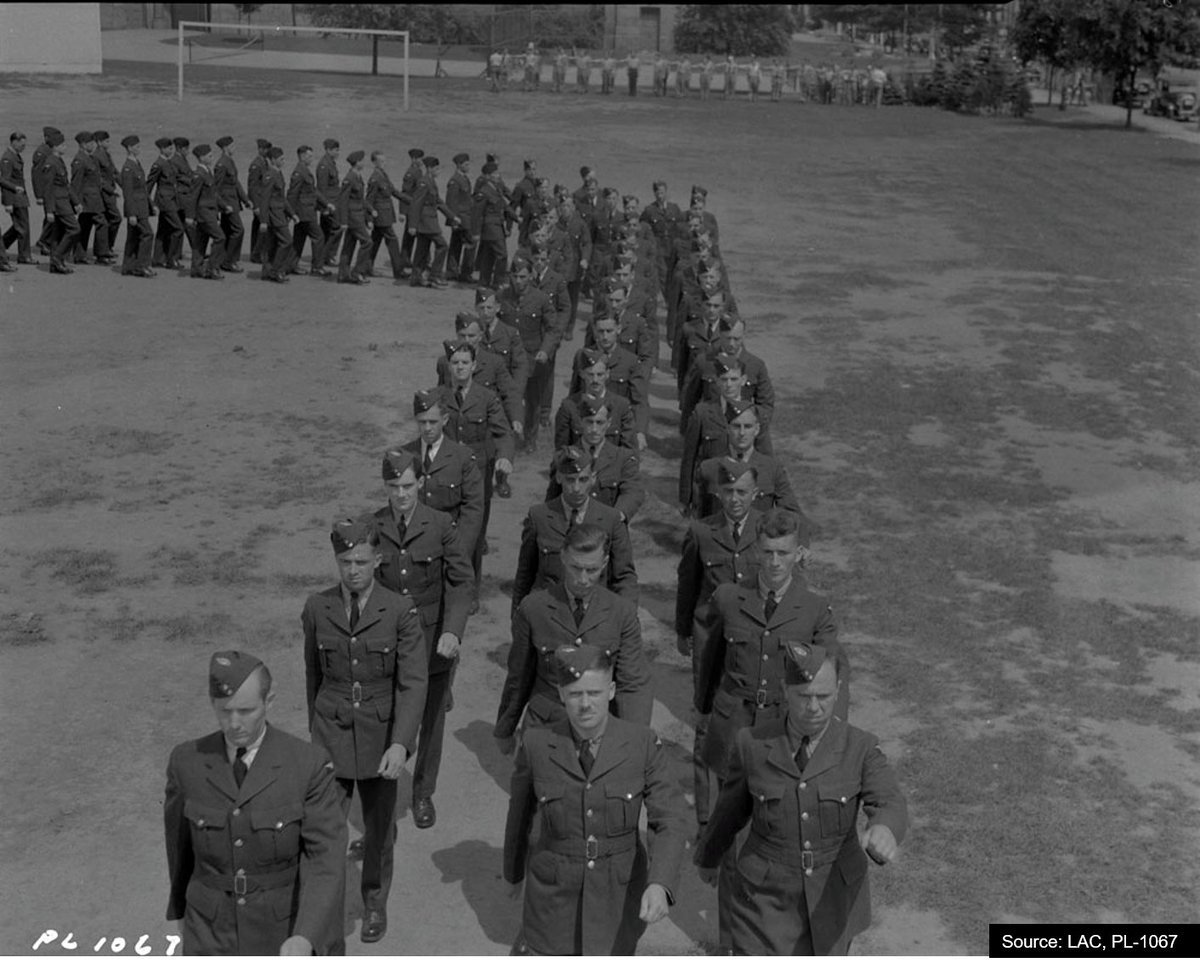 3/ Enlistment was the welfare state on steroids. The state paid a salary & provided everything else: it clothed, fed, sheltered, trained, & deployed its new workforce. As a result, it acquired assets of all types – including 1000s of bedframes. 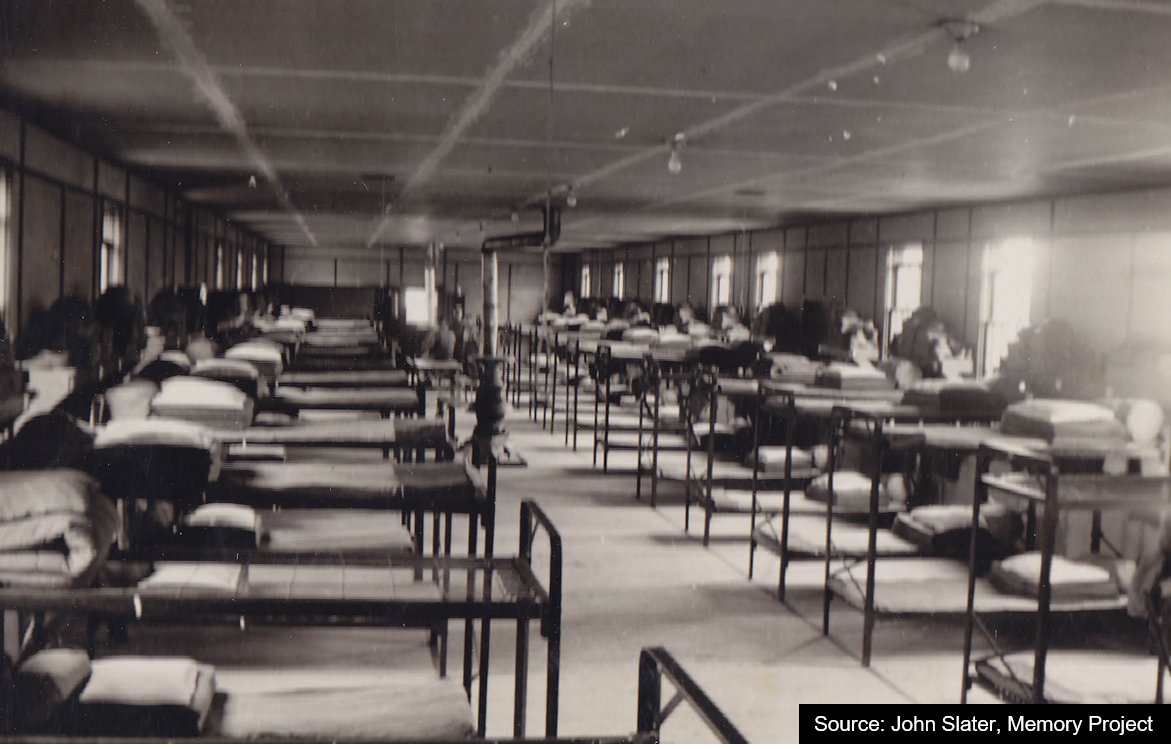 4/ Although this was a wartime necessity, acquisitions were far in excess of postwar requirements, which created a disposal problem in 1945.

People tend to downplay this problem by thinking “oh the state just sold everything” … but, it’s not that simple!
5/ The disposal problem was massive & complex. Consider just 2 elements. First, the military had to audit & appraise its inventories so leaders could make informed decisions about kit retention & divestment.
6/ Think about it: something as mundane as bedframes held quite a bit of significance. The number of beds was directly related to the military's future size, budget, & operations. In effect, the logistics of sleeping & accommodations could not be overlooked in postwar plans!
7/ So, someone had to count the number of leftover bedframes & assess the quality of each 1 before surpluses could be declared!

This work claimed the life of at least 1 soldier (a vet of D-Day & NW Europe) in Petawawa in 1946. He was crushed between a truck & pile of bed springs

8/ Second, consider the companies specializing in mattresses & bedframes that had built them at record pace during #WW2. After the war, how could they compete against this boom?

Second-hand frames and bedding sold by the gov’t at bargain prices would cause deflation. 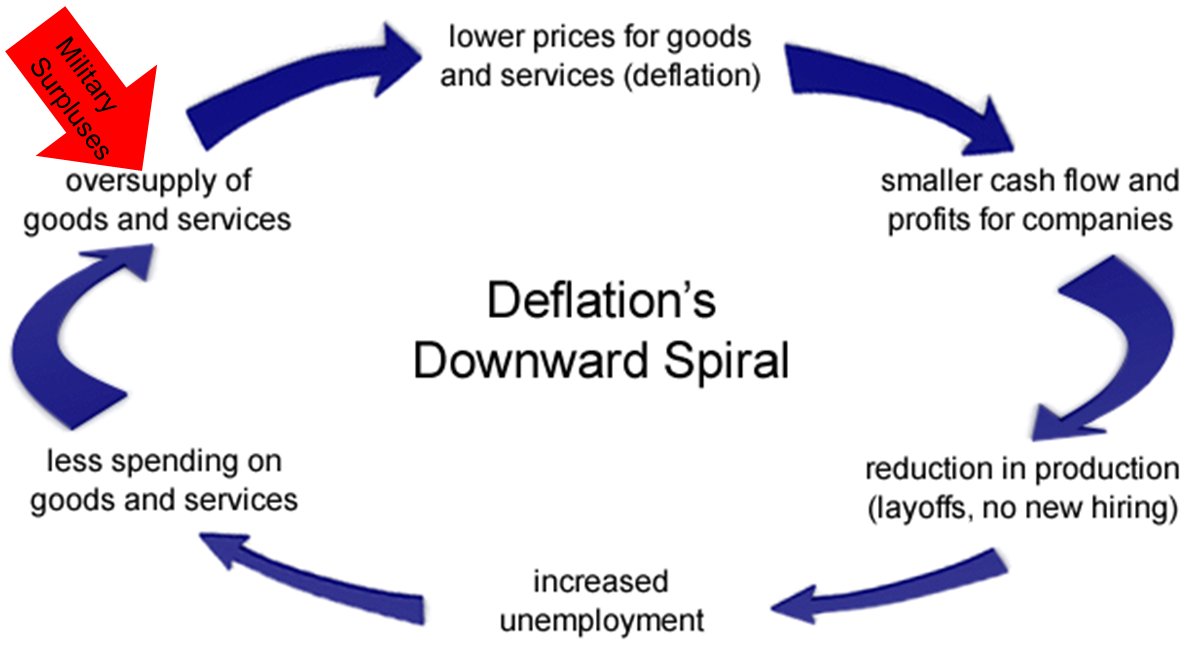 9/ The objects of war don’t simply vanish when the fighting stops!

Demobilization not only discharged 1000s of veterans onto civvy street, it also generated mountains of military surpluses – from bedframes to boots, & aircraft to ammo. All of which held postwar liabilities.
10/ #WarJunk explores how the gov’t’s disposal agency reversed wartime logistics to deal with the problem across all categories of kit. It shows how munitions & supplies were discarded as trash by the state & how they were revalued, reused, & recycled as treasure by Canadians.
11/ Surplus bedframes were versatile. Most were sold to hospitals, universities, & vocational schools. With over 130,000 veterans attending classes from 1945-51, schools outfitted classrooms & dormitories with military surpluses. @UBC was a big customer.
12/ Maybe now you're wondering: what about all the other stuff? What happened to the surplus ships? trucks? bombs? tools? buildings? … & frogs? (yes, the gov’t sold 75 amphibian creatures after #WW2).

https://www.ubcpress.ca/war-junk
You can follow @AlexSouchen.
Tip: mention @twtextapp on a Twitter thread with the keyword “unroll” to get a link to it.