Read on Twitter
The Pilgrim Power Plant has been decommissioned, but there are concerns with how the leftover fuel is being stored. #PilgrimNuclearWaste @39CSustain #39CSustain (1/8)
The company that initially owned the plant, Entergy Corporation, still received criticism from locals for its lack of safety prior to its closure. In response, they improved various parts of its infrastructure 2 years ago.
https://www.nrc.gov/docs/ML1906/ML19063A126.pdf
(2/8)
However, it was still considered an unsafe and ill-performing power plant relative to others in the country. This, along with the falling prices of natural gas, led to the Pilgrim Plant's announcement of closure by 2019.
https://www.wbur.org/news/2015/10/13/pilgrim-nuclear-plant-plymouth-close
(3/8)
43-Year-Old Pilgrim Nuclear Plant In Plymouth To Close Permanently

Entergy Corp. said in a statement it will close the plant "because of poor market conditions, reduced revenues and increased operational costs."

https://www.wbur.org/news/2015/10/13/pilgrim-nuclear-plant-plymouth-close
Entergy then sold the license to the plant to Holtec International, who would handle the decommissioning. The spent nuclear fuel would be held in Holtec's own dry casks.
(4/8) 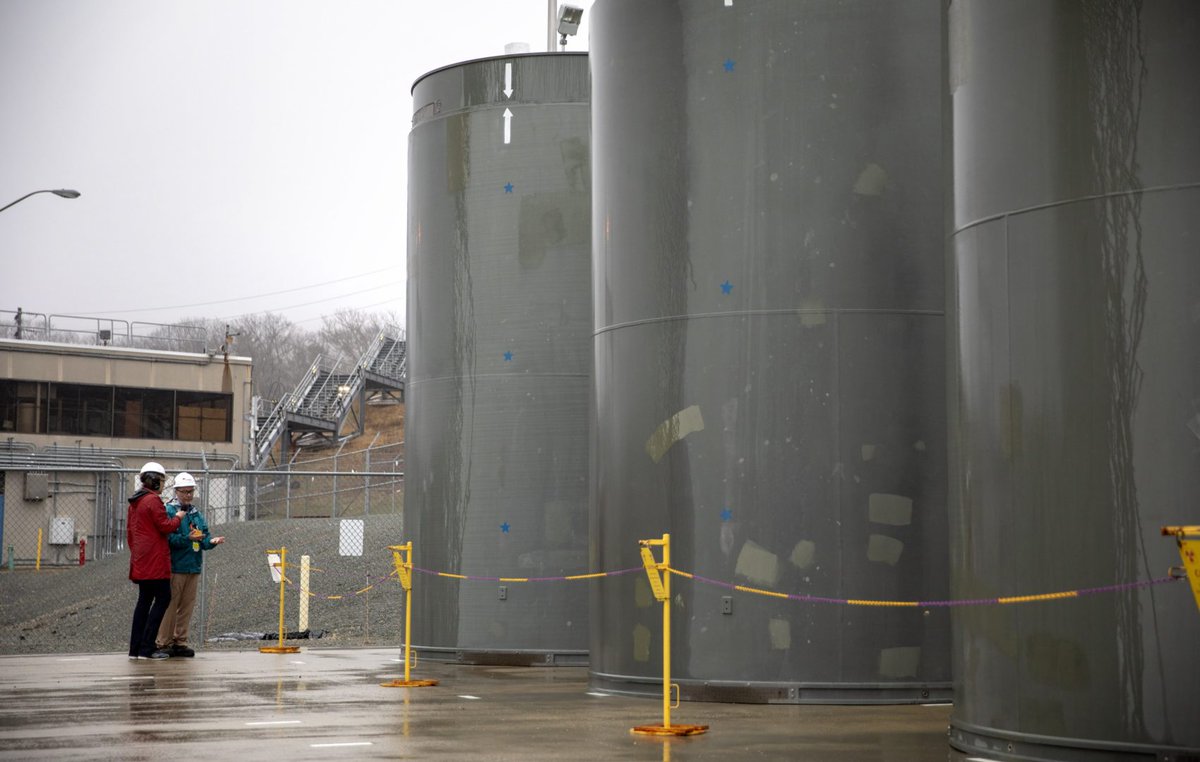 Locals are unsure of the durability and safety of these dry casks. They're made of concrete-encased stainless steel, but the walls are only a half inch thick. (5/8)
The use of these thin walls could potentially cause the stored nuclear fuel to leak radiation that affects the surrounding county, without anyone's knowledge. (6/8)
In addition to the safety issue, the lack of a running power plant has caused the loss of hundreds of jobs, and has brought up the possibility of a natural gas plant to be built in the Pilgrim Plant's place. (7/8)
There is no all-encompassing solution to this issue. The plant posed many safety risks prior to its decommissioning, and it still poses risks now. Safety measures could be implemented for the spent fuel, but what could be done for Pilgrim's replacement? (8/8)
You can follow @chen_alvinn.
Tip: mention @twtextapp on a Twitter thread with the keyword “unroll” to get a link to it.