Read on Twitter
Today #17April2020 we celebrate the International day of the peasant struggles. In Colombia we celebrated it on the 21st of Feb remembering the massive land liberation events occurred in 1971. Here thread in Spanish. https://twitter.com/DIANA_VAL/status/1226559093273481217?s=20

Today #17April2020 in support of #StayHomeButNotSilent #FoodSovereignity #PeasantsRightsNow I would like to address a parallel debate, the word PEASANT itself. A term we use proudly in the Global South but that remains “unspeakable” for some in the North. Thread

It has come to my attention during the last couple of years as postgraduate researcher, how many times I’ve heard my colleagues saying “why don’t you just use the word campesinos, ‘peasants’ can be misinterpreted” #PeasantsRightsNow #17April2020
For some of us coming from diverse cultures it’s a surprise how the word ‘peasant’ have been loaded with pejorative and even offensive connotation in the English speaking world… *it’s almost as if by not mentioning them some wanted to make them disappear!

#StayHomeButNotSilent
The first time I faced this 'conflict of interpretations' was in the aftermath of agrarian economy class and - I’m pretty sure I have already talked here about it - I asked: “what about the peasants?” and the professor answered “peasants? Do you live in the middle ages?”

And I’m also sure I’ve mentioned this here before - even though peasants grow about 50% of the world’s food - when the #PeasantRights were voted in the UN in 2018, the English-speaking countries in general where those voting NO https://www.arc2020.eu/peasant-is-not-a-bad-word-but-what-does-it-mean/
"Peasant" is not a bad word ... but what does it mean?! | Agricultural and Rural Convention

Written By:  Derek Freitas, Food Chains Campaign Coordinator for Eco Ruralis   General Context The word “peasant” is used in all sorts of ways to

https://www.arc2020.eu/peasant-is-not-a-bad-word-but-what-does-it-mean/
However, as a big fan of #FoodSovereignty I knew already that the Nyéléni chart and La @via_campesina used this word: “Peasants are the backbone of society and they deserve to be put in the centre of decision-making” http://www.cultivatecollective.org/in-perspective/food-sovereignty-is-about-peasants-rights-an-interview-with-ramona-duminicioiu/
Howard Richler in his book about Semantic Shifts commented how words as “noble” or “peasant” were given better and/or worse connotation by those groups in power who were moving away from the feudalism and were dismissive of agrarian lifestyles https://nationalpost.com/opinion/howard-richler-when-good-words-go-bad
Howard Richler: When good words go bad

https://nationalpost.com/opinion/howard-richler-when-good-words-go-bad
In some contexts like within the UK, no-one would allow you to call them ‘peasants’. Yet they seem to have developed some tolerance towards Southern countries using that word, after all they’re “foreign”, “poor” and “less-educated” https://www.thelandmagazine.org.uk/articles/problem-peasants
*Note. I apologise if I was a bit cynical in my previous tweet. It is basically what it says there and the only way to decolonise these narratives it's to point them with the finger and face them for what they are: remains of a colonial mindset... Let's continue...
Avoid the word, easy solution!: “We are, collectively, a class-riddled and xenophobic society with a bad attitude to muddy fingernails. Of course we should resist such attitudes, but this is better done with a clear awareness... and using words that are helpful to all parties”
Why should peasant organisations, NGOs, us as academics should make it easier for a party on the basis that they are classicists and xenophobic in the first place? Language can shape our perception of the world. Embrace the cause by embracing the word! #PeasantsRightsNow
In Spanish we have the word 'campesinos' which is, on the contrary, full of romanticism and good values, such as nature-literacy and autochthonous wisdom. Yet, many colleagues prefer to use that word to avoid this whole discussion https://www.heifer.org/blog/a-word-about-the-word-campesino.html
A Word About the Word Campesino | Heifer International

A Word About the Word Campesino, https://www.heifer.org/blog/a-word-about-the-word-campesino.html via @heifer

https://www.heifer.org/blog/a-word-about-the-word-campesino.html
It is not fair, however, with many other campesinos out of the hispano-speakers world and who identify as 'peasants'. We cannot expect Vandana Shiva to call her Indian peasants ‘campesinos’ as a new sort of political correctness, for example. To me, is also a matter of solidarity
Some scholars came with the concept of neo-peasantry. Criticisms show that the issue is not just the mere word usage, but also the implications of embodiment of the agricultural lifestyle e.g. back-to-land and #degrowth movements https://overland.org.au/2018/04/against-neo-peasantry-and-the-desire-for-self-sufficiency/
Against ‘neo-peasantry’ and the desire for self-sufficiency

There is a growing wave of back-to-the-land millennials seeking to engage with a slower, more humble, more natural lifestyle that look towards agricultural self-sufficiency – but questions of...

https://overland.org.au/2018/04/against-neo-peasantry-and-the-desire-for-self-sufficiency/
My #EnvHist peer, here, was talking about neo-peasants as – sorry about the term – some sort of ‘wannabies’, not self-identified with traditional cultures, as I tend to see it, but with a millennials’ fashion. I respectfully disagree, and I'm not alone in my view (see comments)
As #EnvHistorian myself, I have lived upon peasants, worked side by side with them and now try to imitate them by growing my own vegetables. I love to feel that connection with nature mirroring what they do, although of course, I’m still not worthy of the name ‘peasant’
Yet, I am proud of my peasant ancestors. And 'neo-peasant', on the other hand, that’s a title I might wear comfortably, just because I am fully aware of all the cultural implications of being an actual ‘peasant’ and know I’m not even close
Initiatives such as #FoodSovereignity make the big corporate agriculture, the farm-factory type of industry, the capitalist system itself, feel uncomfortable. Even though there are successful cases of associated capitalist peasants, agroecological practices make them look bad
The #Covid-19 crisis is demonstrating the whole world, how vulnerable is our current import-dependent food system, and how important local slow food chains are. Our current ordeal is showing us the need of #FoodSovereignty to guarantee #FoodSecurity
I leave with this remarkable study by Marc Edelman: “What is a peasant? What are peasantries?”, made in preparation of the UN Declaration of #PeasantRights https://www.ohchr.org/Documents/HRBodies/HRCouncil/WGPleasants/Edelman.pdf

And I’d like to highlight some of its conclusions:
"(1) The terms “peasant” and “peasantry” and their cognates in other languages have long and complicated histories that reflects both peasants’ vast presence in most societies—even today—and their political and social subordination in those societies."
"(2) The pervasive pejorative uses of these terms are also indicative of the historical and contemporary oppression of peasants in many societies and of the discrimination to which they are subject."
"(3) In many parts of the world, peasants are still second-class citizens, with legal and de facto restrictions on their geographical mobility, limited access to social services (healthcare, education, housing, etc.), insufficient access to land, and few labour protections."
"(6) “Peasant” may be both a category of social scientific analysis and a self-ascribed identity."
"(8) In some parts of the world (e.g., Mesoamerica, the Andes, Central Java) peasant communities had and have a “closed” corporate structure with hereditary membership and widely recognised territorial rights."
The End 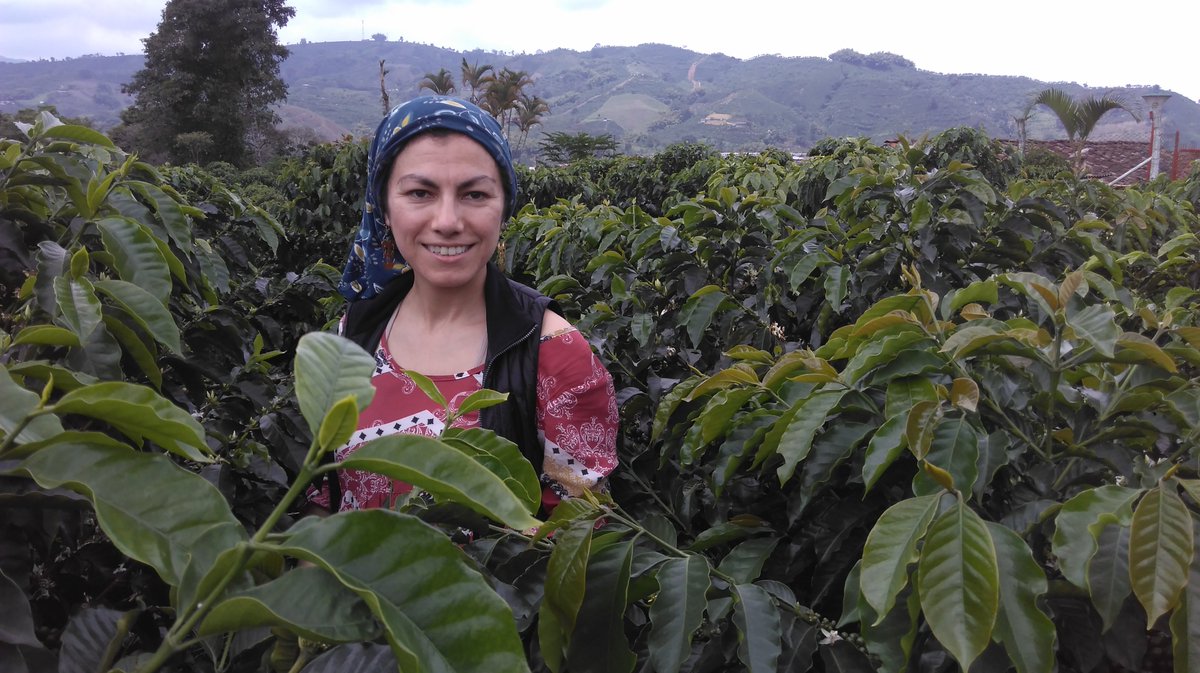 You can follow @DIANA_VAL.
Tip: mention @twtextapp on a Twitter thread with the keyword “unroll” to get a link to it.