Read on Twitter
It has come to my attention that some of you don't immediately recognize the bone-chilling horror of being close enough to read the words on this cobalt-60 source. 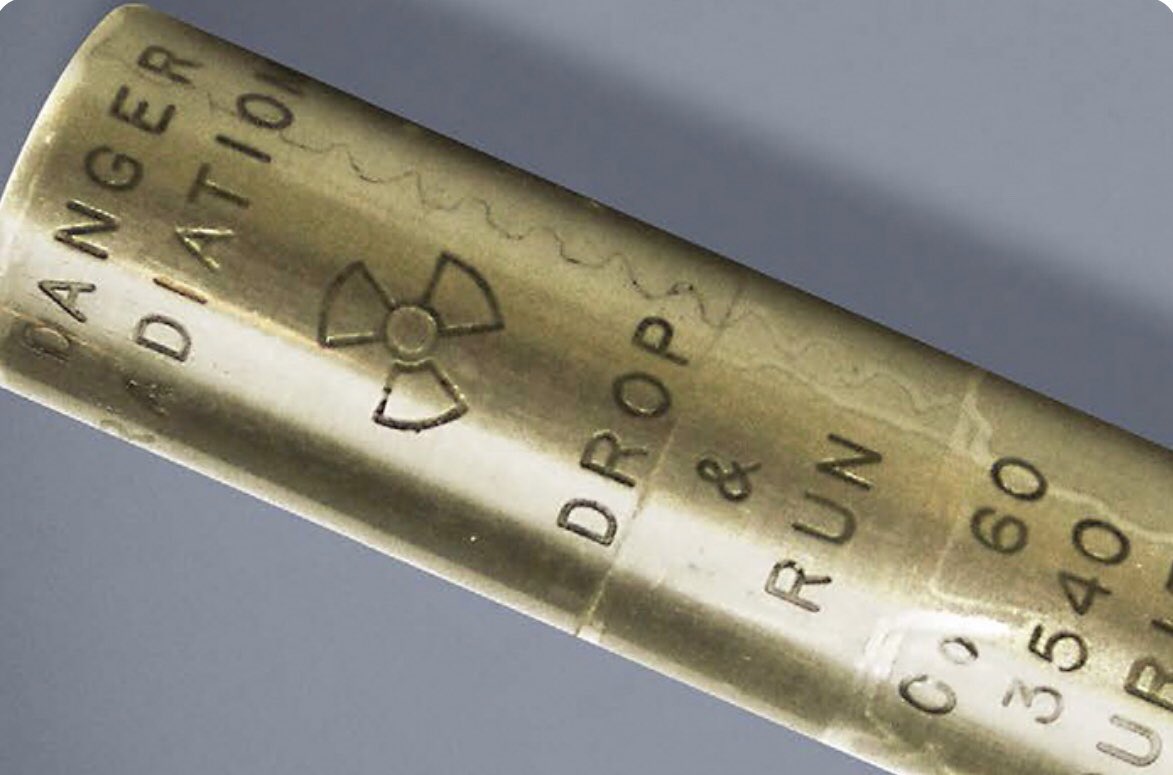 Note: I'm not a health physicist and these were all back of the envelope calculations. There are decent uncertainty values associated with the entire calculation. But the point is this same: this image is T E R R I F Y I N G
But tl;dr if you ever stumble upon a radioactive source that's in Curies (not like μCi or some smaller fraction) you should probably back away. If you see a source in hundreds or thousands of Curies you should run away like your life depends on it--- because it absolutely might
Found another angle with a date stamp! 7-1-63

Extra credit to whoever who takes the decay of Co-60 into account (half life 5.217 yr) and re-runs my calculation for me 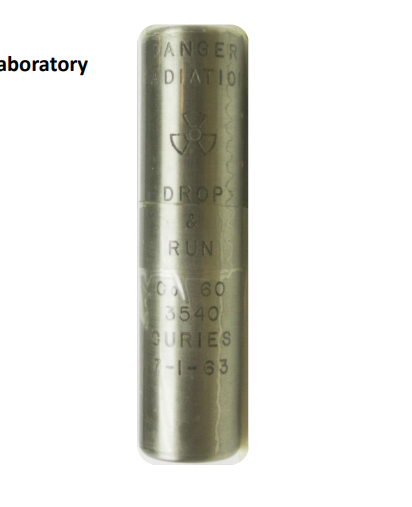 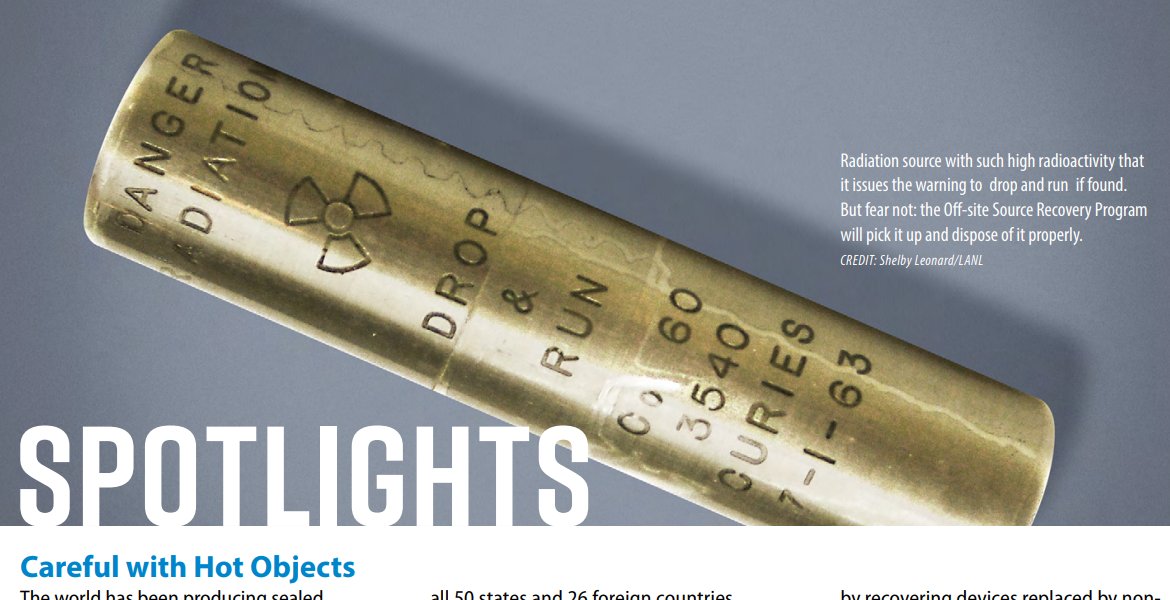 Sorry I wasn't quite clear with my language. The activity of radioactive material decays exponentially. Radiation flux decays as an inverse square, which is 1/r^2
Some FAQ: how big is it? The source itself wouldn't have to be very big at all, in fact it's probably smaller than you're thinking. Tens of grams, single digit ounces https://twitter.com/nuclearkatie/status/1250089144585465856

Where did it come from? Who took the image? 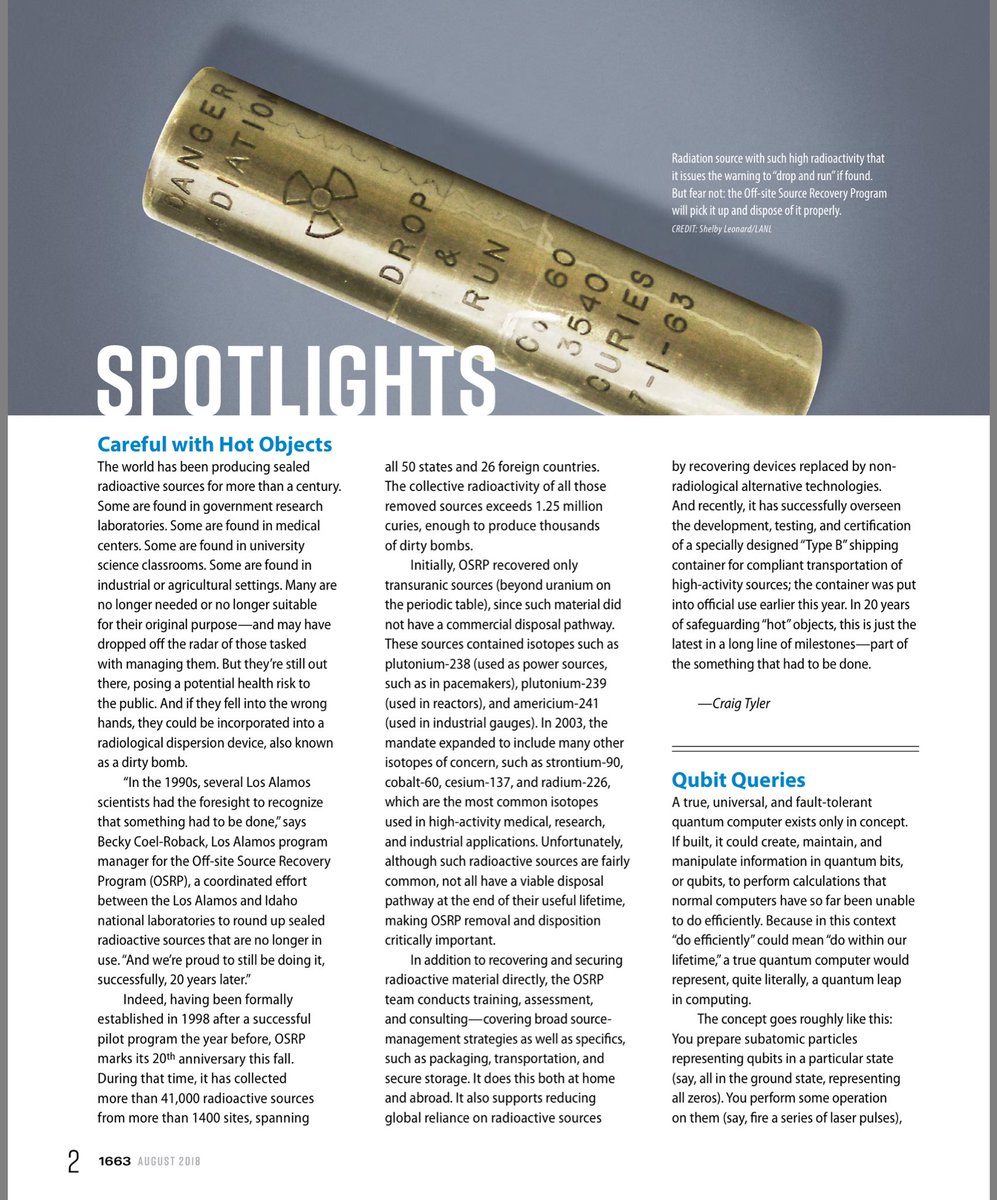 Would it be warm to the touch? Yeah, it would. The heat flux coming off it is left as an exercise to the reader, for extra credit
Would you feel anything besides heat when you picked it up? Probably not. Acute radiation poisoning effects don't kick in right away. You might start vomiting within hours, and then it takes days or weeks for the more... unsightly effects to start occurring
You can follow @nuclearkatie.
Tip: mention @twtextapp on a Twitter thread with the keyword “unroll” to get a link to it.