Read on Twitter
Framing the discussion this way is one of the reasons people hate nuclear bros. Seriously, I can't even fault people for liking the nuclear community less after tweets like this, which I see far too often 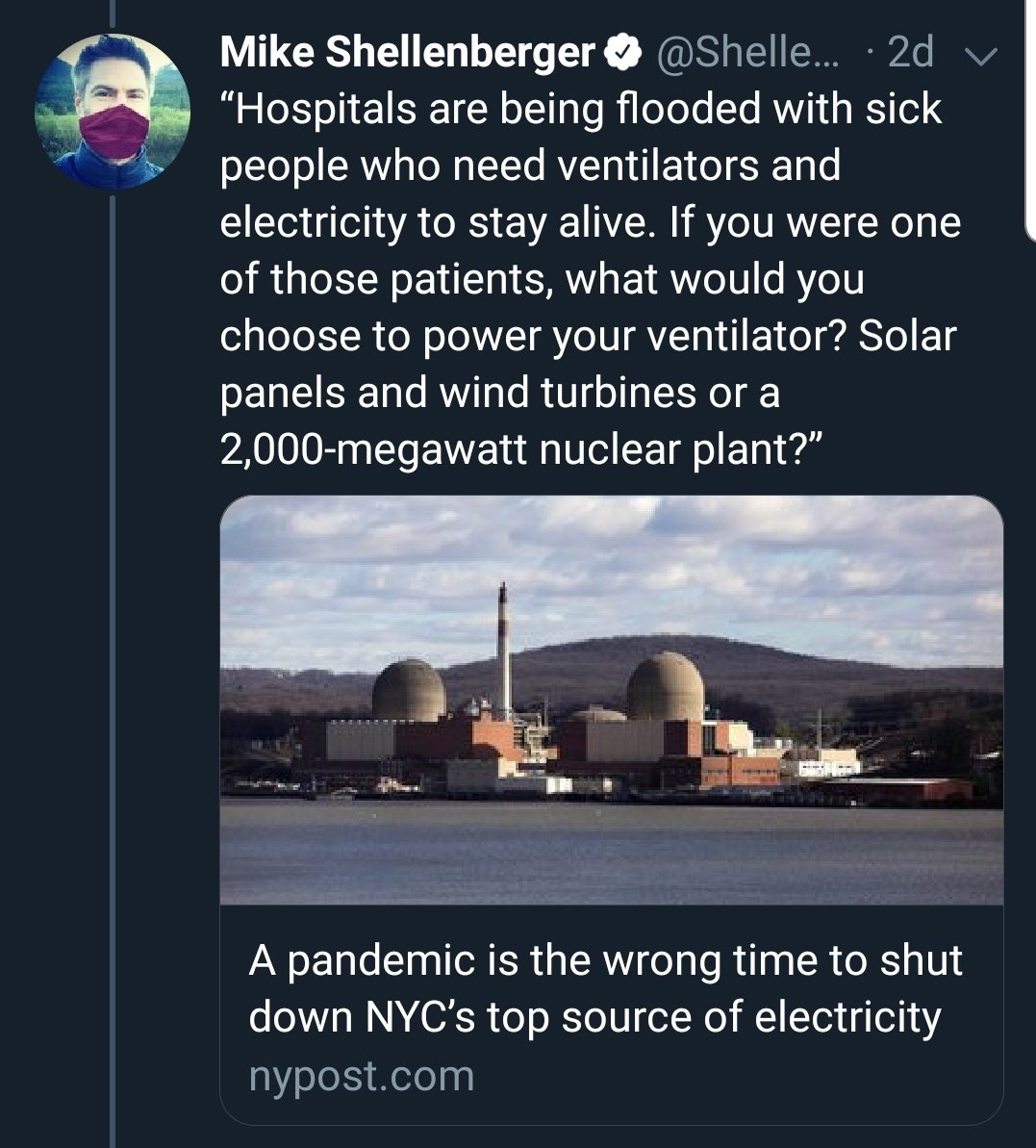 "People should care only about the tech, who cares if its evangelists are obnoxious?" is also not how people form opinions.

NO ONE changes their mind after being told "renewables suck and if you like them you're an idiot. Also your worries about nuclear are wrong and dumb"
I'm not going to argue with people who refuse to play nicely with literally anyone else, you're hurting us all. I have so many other things to say about this but I'll stop there today.

Muting this thread but feel free to yell in my mentions anyway, I know some of y'all will
You can follow @nuclearkatie.
Tip: mention @twtextapp on a Twitter thread with the keyword “unroll” to get a link to it.