Read on Twitter
It's the JESUITS NOT the Jews. Nazis Created by the JESUIT Order of the Roman Catholic Church

Learn the truth and quit falling for the classic Jesuit Scapegoat: Blame the Jews. All Jews in control of anything are not true jews and are SUBSERVIENT to the Papacy of Rome.
Watch "VATICAN RATLINES" and study the Reich Concordat or how Hitler was himself trained by Jesuits.
Vatican Operation Ratlines 1/2/3 Link: https://archive.org/details/VaticanRatline

From Darwin to Hitler (Audio Archives)
by Richard Weikart
2004 Link: https://archive.org/details/richard-weikart-from-darwin-to-hitler-audio
: relating to the creation of nazism by the Society Of Jesus ! (jesuits)

the Nazi’s and Hitler were raised up Trained and controlled by the Jesuits. The Nazi SS itself was designed after the Jesuit Order. 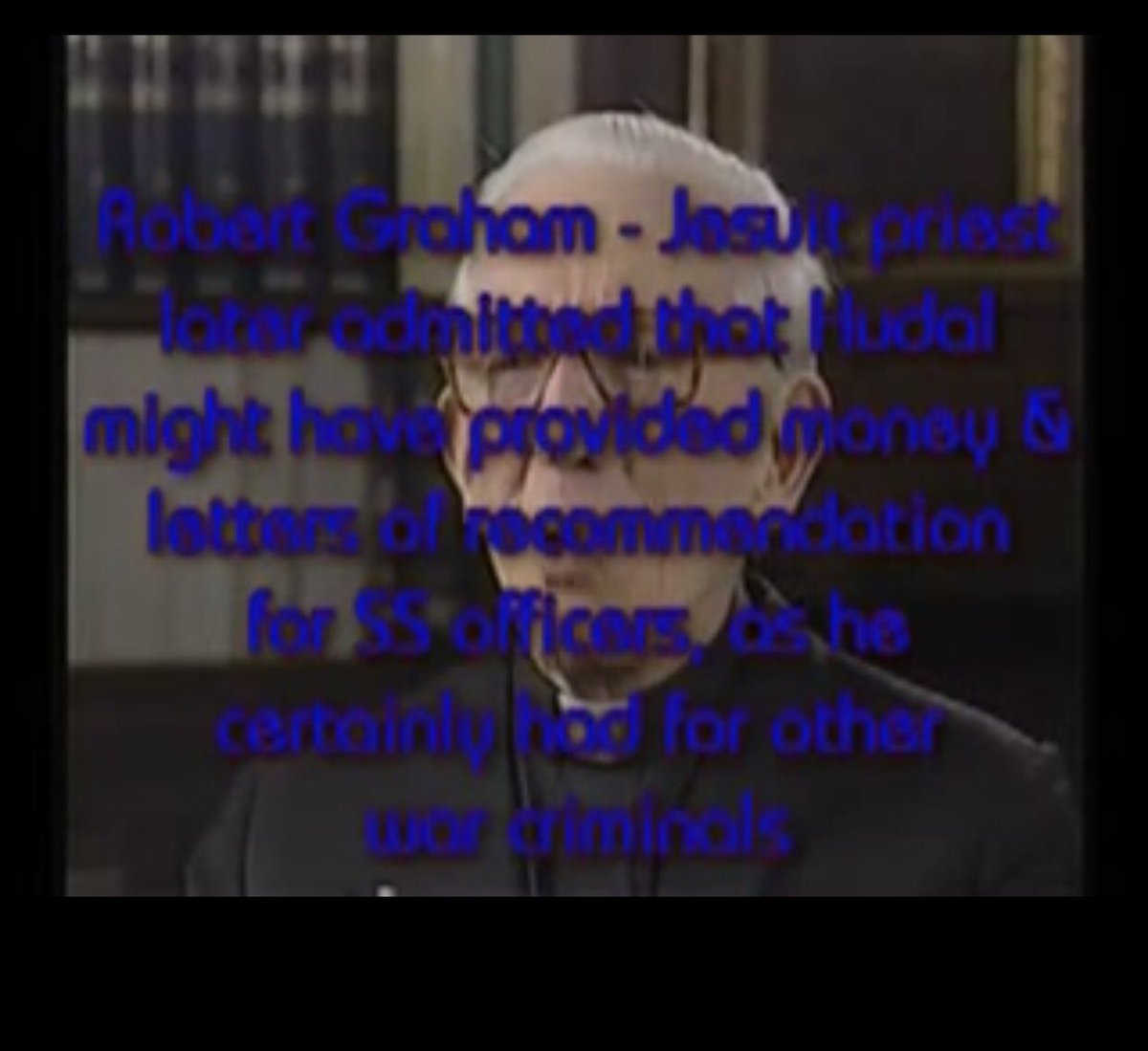 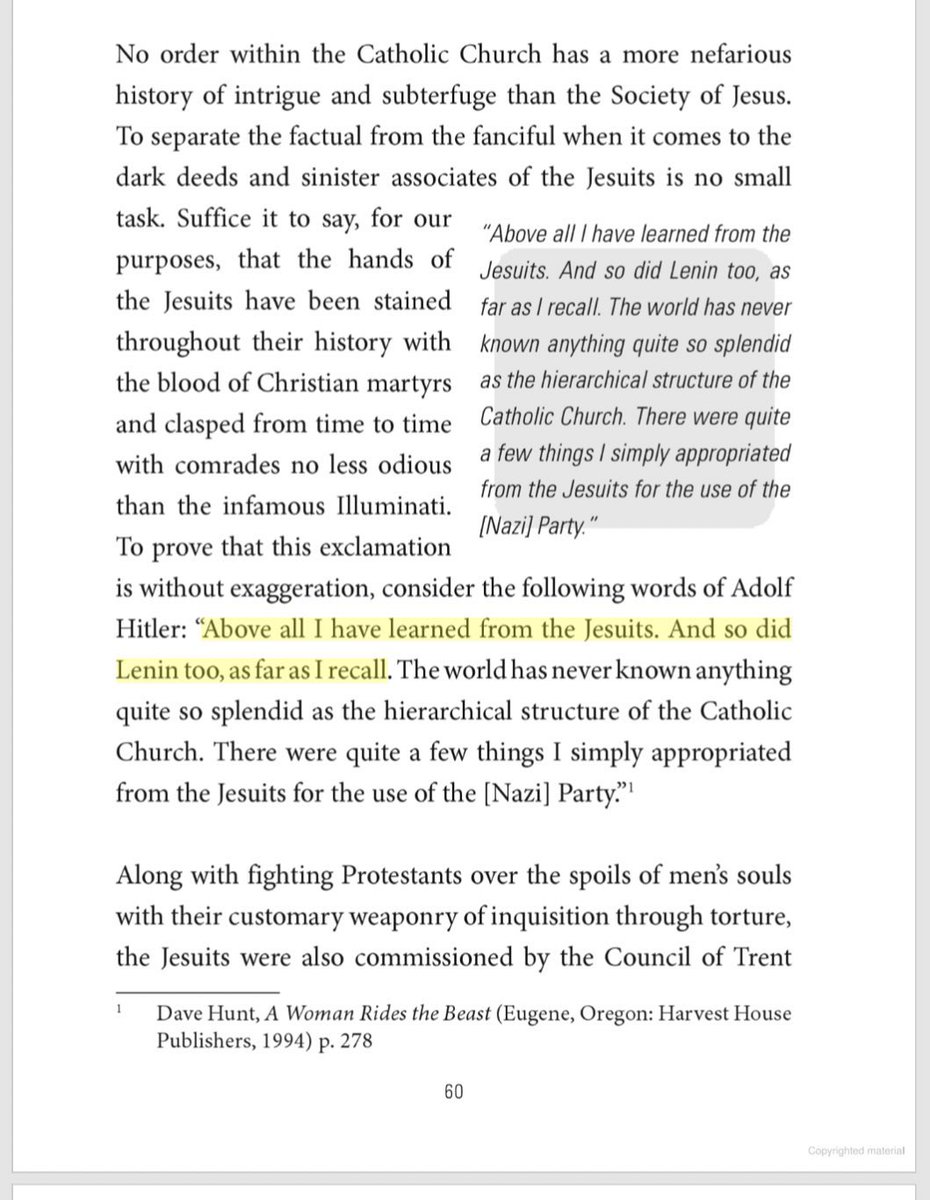 The Jesuits (society of Jesus) have totally taken over just about every facet of America. From all religions to all secret societies, government agencies, intelligence agencies in America and all over the world. Here an ex-Jesuit priest Alberto Rivera (murdered by the Vatican in
1997 by poisoning) tells of why and how the Jesuits are doing this. We can see the evidence of this by the attacks on our civil liberties and the U.S. Constitution.
nowadays, it is almost impossible to get any information or history about the Jesuits. Most people do not know that the Jesuits throughout history, have been kicked out of countries all over the world for political intrigue and political subversion. Most people do not know either
that it was the Jesuits of the Jesuit College of Clermont, who wrote the Luciferianized degree’s of Scottish Rite Freemasonry.Well known occultist,author and Luciferian Helena Blavatsky also writes in her book “Isis Unveiled” that it was the Jesuits who wrote the Masonic Degree’s
“The Jesuit is inwardly a devil, outwardly a monk and altogether a serpent.” (Ian Paisely, member of the house of Parliament in Ireland) 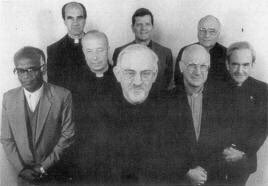 The Jesuits has also fought against Satan’s enemies for centuries by: burning, boiling, shooting, stabbing, poisoning, beheading and torturing any born again Christian. This assault by the Jesuits against God’s people continues to this day, as the Jesuits secretly poison and
assassinate genuine Protestant Christians who will not submit to the Pope or their agenda.The Jesuits are able to use all kinds of poisons, such as secret(5G) Vaccine nanotechnology bio-weapon poisons(EMF radiation) , that cannot be identified by most medical blood tests. (TI)
The Nazi’s and the SS were an expression of the Jesuit Order and other secret societies and the Nazi era itself was used as a training ground to develop many of the Jesuit Order and Masonic systems. Death and prisoner camps such as Auschwitz, were used to imprison expendable
people, that the Jesuit mad scientists could use as giunea pigs, when they experimented on people with satanic ideologies and satanic science. It was in these Nazi death camps that most of the mind control and systems the Jesuits use today were developed
Due to the fact the jesuits we’re behind the creation of Modern Medicine! https://twitter.com/urylle/status/1247489499430637570

Jesuits created the vaccine too!

Once the Jesuit/Nazi’s finished their experimentation at the Nazi death camps, the Jesuits used the allies to bomb and destroy the mainly Protestant Christian area’s of Germany, to kill as many Christian heretics as they could.
Remember that the Jesuits controlled the allies and Nazi’s at this time, and once they had used the allies to bomb the Christian heretics in Germany, they then rescued all their top Nazi illuminati officials through programs such as Operation Paperclip.
Through the American program called “Operation Paperclip”, many top Nazi Scientist’s and Nazi officials were brought back to the United States and absorbed into the US intelligence agencies. Many top Nazi’s and SS officer’s became leading figures in the USA.
the Jesuits brought many Nazi’s into the USA and placed them in key positions in the CIA and NSA. There is a big Jesuit Nazi influence in the US intelligence agencies to this day. The Nazi’s in the USA’s; CIA, NSA and other intelligence agencies, make up much of the 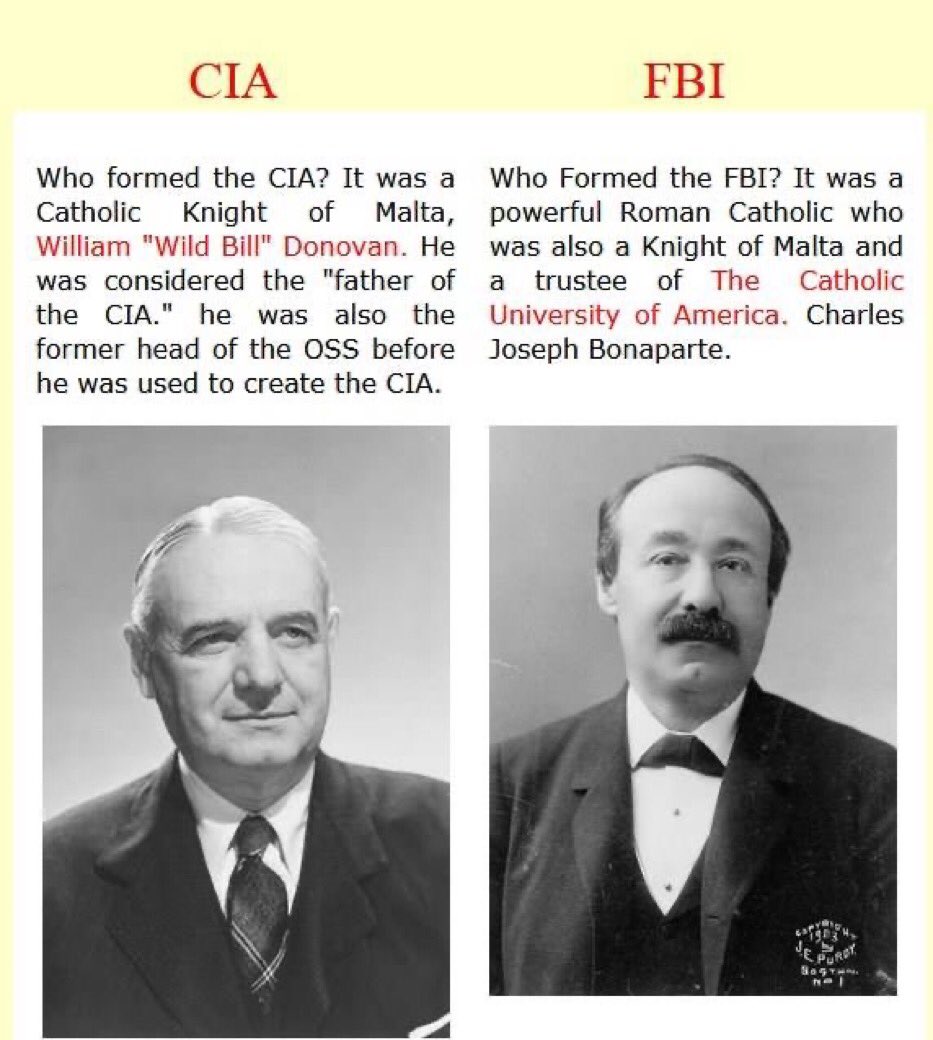 Jesuit/Masonic apparatus in the USA. Even untill today, So here we see that the Nazi ideology in US intelligence agencies is alive today. The US intelligence agencies which are full of Jesuit/Masonic agents, embraced these Nazi’s that came to them through Operation Paperclip
The Nazi’s and Jesuit fight the US through these intelligence agencies, by recruiting and training mind control slaves through CIA programs such as MKultra and many other programs and using these slaves for (Politricks/Entertainment) and spy on who exposes the truth
They also use the CIA and NSA to start up various cults and movements to stir up trouble in the USA as they are just following the Jesuit Oath they took To bring Chaos to Humanity https://twitter.com/urylle/status/1243291440811323393?s=21 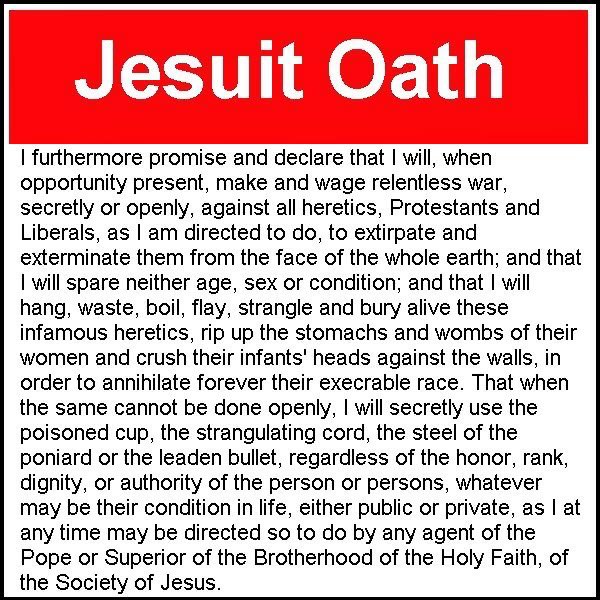 the Jesuits want to implement over every country in the world. The Jesuits and the cabal want a world government that’s Nimrodism: Nazi fascist, communist and totalitarian, and remember that the first thing Hitler and the communist leaders did, was put everyone on Lockdown. 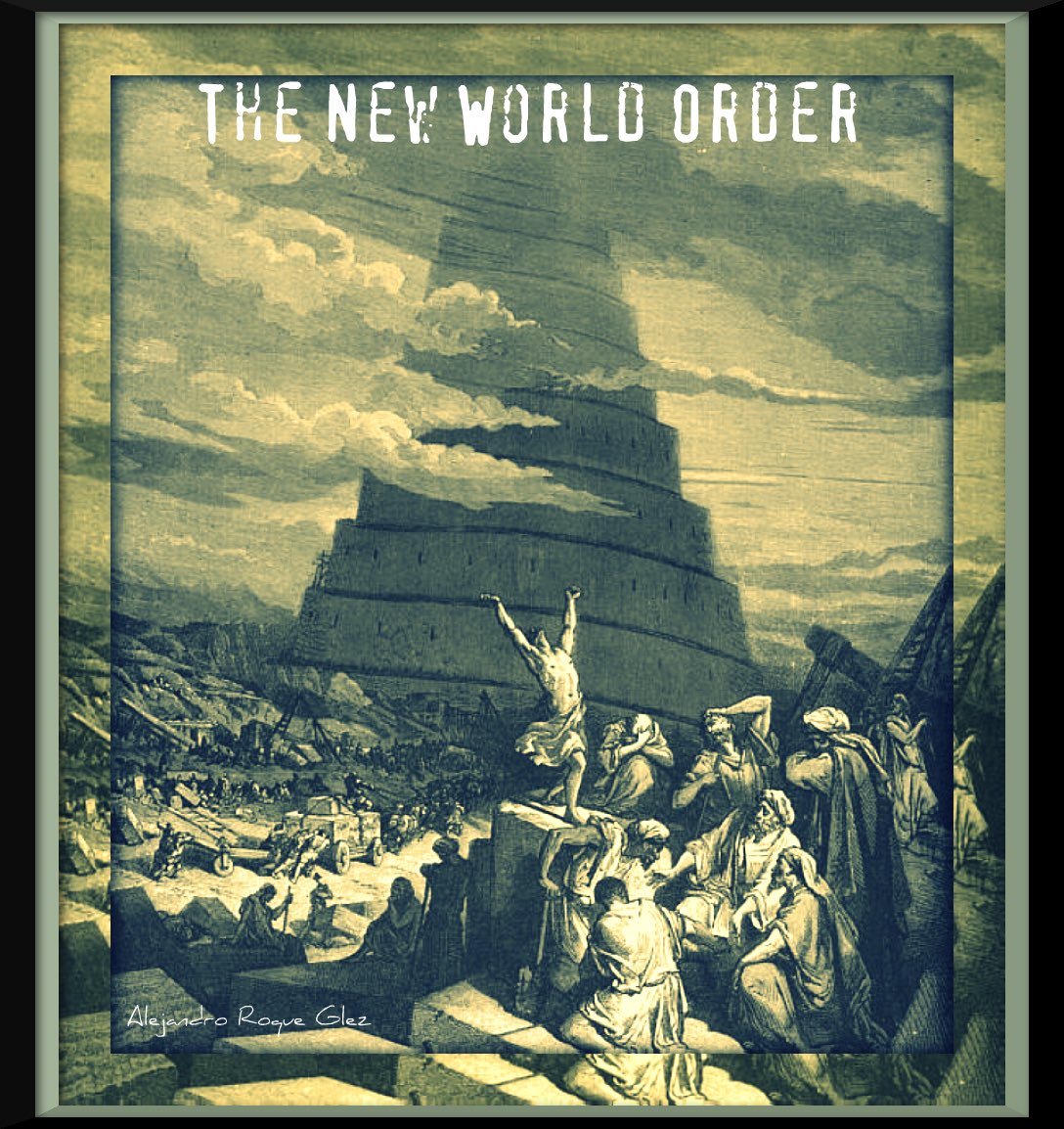 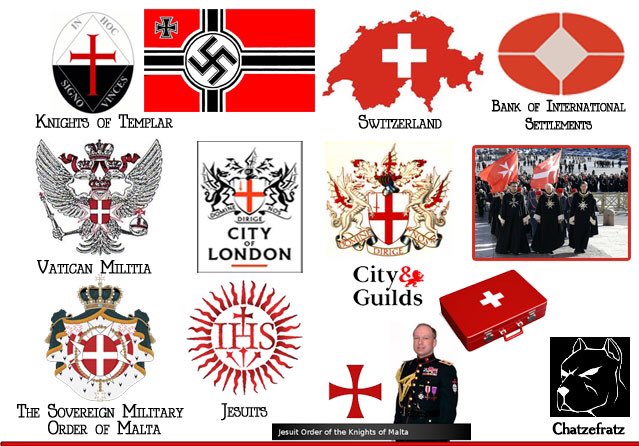 they will force everyone to worship by placing a microchip in your body or hand so they can have full control of you, this microchip is known as the mark of the beast, and if you take this mark you will be damned forever as you have made an allegiance with Satan. #AbolishTHENWO
DO NOT TAKE THAT VACCINE The Jesuit's and the Vatican are trying to take total control of our minds through satellite (A.I.) (Nanotech) (DNA)sent mind control ( Silent Sound ) signals that are having a large effect on many nations. As Bush has said "if you call, we will come".
These same people are totally in control of this fraudulent war on drugs : they run (Vatican)and own all companies of Big P(Harma)ceutical !! Jesuits created Project Monarch: “
The Mystery Religions of ancient Egypt, Greece, India and Babylon helped lay the foundation for 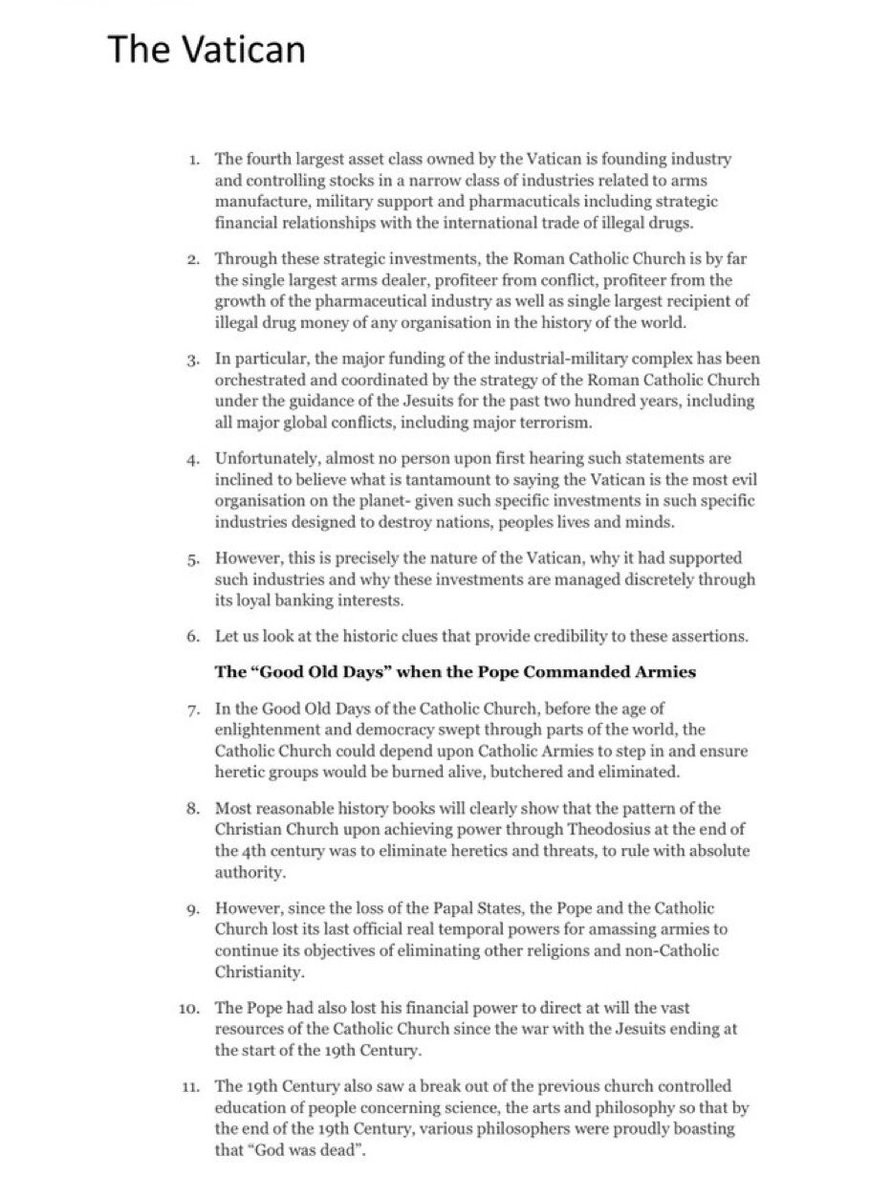 One of the earliest writings giving reference to occultism is the Egyptian Book of the Dead, a compilation of rituals explicitly describing methods of torture and intimidation (to create trauma), the use of potions (drugs) and the casting
of spells (hypnotism), ultimately resulting in the total enslavement of the initiate.

These have been the main ingredients for a part of occultism known as Satanism
Jesuits are a Military Mobb serving the Roman Empire! one needs to understand that the Jesuits have authority over all these groups, and all worship Satan ! #ThegreatDeceiver #EnslavingHumanity #AlphaReptilians #ABOLISHTHENWO #AntiJesuit #AntiFreemason #AntiNimrodism
It’s Time to cut the bullshit and wake up! #CRIMESAGAINSTHUMANITY #BabylonianSociety #Plannedemic #ID2020 #Agenda212030 #AerosolSpraying #5G #DEPOPULATION #ABOLISHTHEJESUITMATRIX
#WAKEUPHUMANITY #ENSLAVINGHUMANITY #WARONDRUGS
You can follow @Urylle.
Tip: mention @twtextapp on a Twitter thread with the keyword “unroll” to get a link to it.