Read on Twitter
Old man yelling at clouds twitorial for the week.

I was once laughed at and mocked on twitter by some eminent manualtherapists for suggesting we change the terms upper and lower cervical spine. They have little meaning
Their comments were something along the lines of “do you always make up your own stuff, this is convention.” Yep convention, a group passive agreement on tradition. I am not a fan of doing things from tradition or conventional wisdom.
I would like to propose something based on...
Years of reading the biomechanical and anatomical evidence, teaching and clinical experience (yep I know who cares about my experience?) proposal: we have a head, head joints and then our spine,semi rigid SI joints and Hips.This is based on the types and characteristics....
Of the joints and the functional role each area plays, there is no question that our spine can be split into three characteristic regions, each transitioning into the other. The neck or cervical spine is slender and built for motion, the thoracic spine is protective....
Our twelve pairs of ribs articulate with the vertebrae and form the protective housing for both e cord (central spinal canal) and the heart and lungs, also providing anchorage for the diaphragm.
The lumbar spine is stout, robust and surrounded by large stability muscles, it it built for stability and transitions to the stable but forgiving pelvis, which form half of th ship joints.
I am a big proponent of Form follows function, the head, head joints (to be discussed in a moment and illustrated at the end of the thread) , cervical, thoracic, lumbar and sacrum all demonstrate this..
The fact we are not born with three spinal curves but on kyphotic flexed one demonstrates how this hypothesis occurs. the cervical vertebrae Remodeling with head lifting and the spinous processes become bifid, as the cervical lordosis forms.
The Thoracis spine remains kyphotic and the lumbar spine develops a lordosis formed by remodeling of the discs and bones under loading as we learn to stand, weightbearing erect and walk.
One only has to observe a babies milestones and watch as their curves develop to appreciate this.

Mow back to the head joints and neck. If we examine the spine true (as I call it) the commonality is bilateral articulations or z-joint and IV joint containing various shaped discs
The spine has these common functional characteristics, this joint formation ends between C2/C3 or as others may propose begins at this level. C2 posses the adontoid peg or dens and Atlas (C1) sits on the two facets and articulates with the adontoid, Ike a bony washer.
Atlas on C2 is a rare type of articulation as the cartilage of superior C2 and Inferior C1 are bothe convened , this allows twice as much articular surface and accounts for the great range of transvere plane rotation at this one joint.
Superiorly atlas has two large lateral articular surfaces which ar both concave and sir anteriorly lateral on Atlas. Theses articulate with two bone caves surfaces on the head slightly postero-lateral to the foramen magnum.
My proposal is these latterly described joints are the head joints no the spine per se. They can move independently from the neck, the act like a gimbal allowing us to keep our eyes focused on an object despite our spine position. Head joints are essential for upright function.
The joints of the head allow us the keep our head erect and look left and right and continue to look forward even when our spine flexes and extends in sporting type function or throwing. Retraction and protrusion are possible because of the head joints.
The neck and head joints can move paradoxically this allows the neck to extend whilst the head flex’s, known clinically as cervical retraction, the opposite is true for cervical protrusion. Head aches are often caused by disruptions and issues with the head joints.
In conclusion our head sits on our spine with a washer called atlas forming a gimbal mechanism to allow our heads to move and maintain eye contact whilst our spine moves in often opposite directions. Understanding this can allow clinical reasoning of presentations such as..
Cervical headaches, cervicaogenic vertigo, WAD, and a host of other useful stuff (stuff that takes a while to discuss)
I will post a few pictures and other useful things. Thanks for reading. Another ramble done. 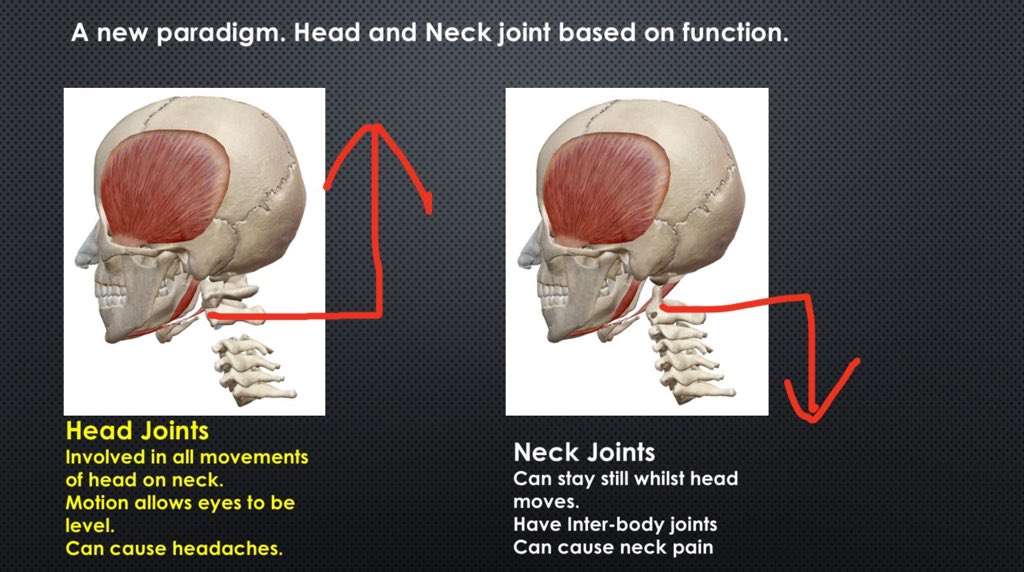 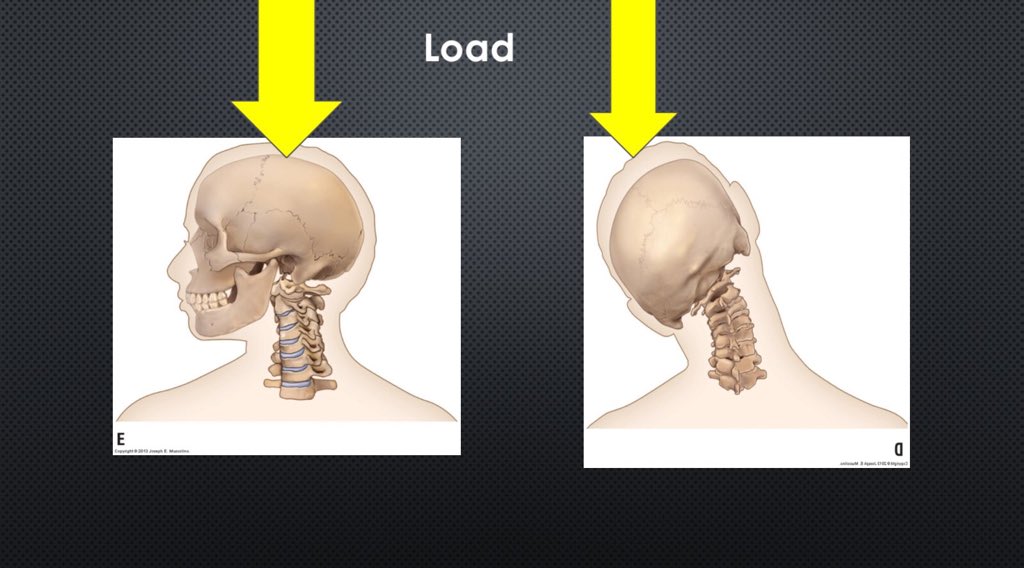