We address 2 questions:
(a) How can we pay for the #GND?
(b) In what ways do social welfare policies relate to tackling the climate crisis?

We can afford a Green New Deal

There is fiscal space

https://www.sciencedirect.com/science/article/pii/S2214629620301067
As Congress just approved a $2.2 trillion #covid19 aid package—largest in modern US history—the “how will you pay for it?” question swiftly faded. Our study clarifies common fallacies connected to federal spending—this has direct implications 4 future #GND legislation (1c/n)
Why did we assess Bernie's #GND? Well firstly it developed @AOC- @EdMarkey #GND resolution into the most ambitious, fully-fledged, & financially costed GND. The cost of the plan garnered much critique, thus it represented an ideal case study for these questions (1d/n)
It's important 2 note the #GND won't be 1 single piece of legislation, but rather a roadmap for a broad spectrum of policies, programs & legislations 2b introduced by Members of Congress over coming months/years. The underlying debates remain even with @JoeBiden as nominee (1e/n)
The GND aims to (a) radically decarbonize economy & (b) rapidly reduce economic inequality, while protecting rights of vulnerable communities/workers.

*BUT how would he pay for it?* (4/n)
The real question is not ‘how to pay for it’, but as @StephanieKelton et al. recognize, is: 'will the spending be inflationary?'

The US can create as much money as it likes & can never run out. Since 1971, $US have been “fiat” money – i.e. money created out of nothing (5/n)
The economic rational of the GND is based on Keynesian demand-side economics utilized by FDR during 1930s. A government creates as much $ as it needs to pay for its projects, and withdraws $ from circulation via taxes, fees & issuing of bonds in order to dampen inflation (6/n)
Not all the $16.3 trillion would have been additional spending. Bernie outlined that some would be offset by ending fossil fuel subsidies, reducing military spending selling energy by new gov. owned utilities, & saving on welfare payments due to the 20 million jobs created (7/n) 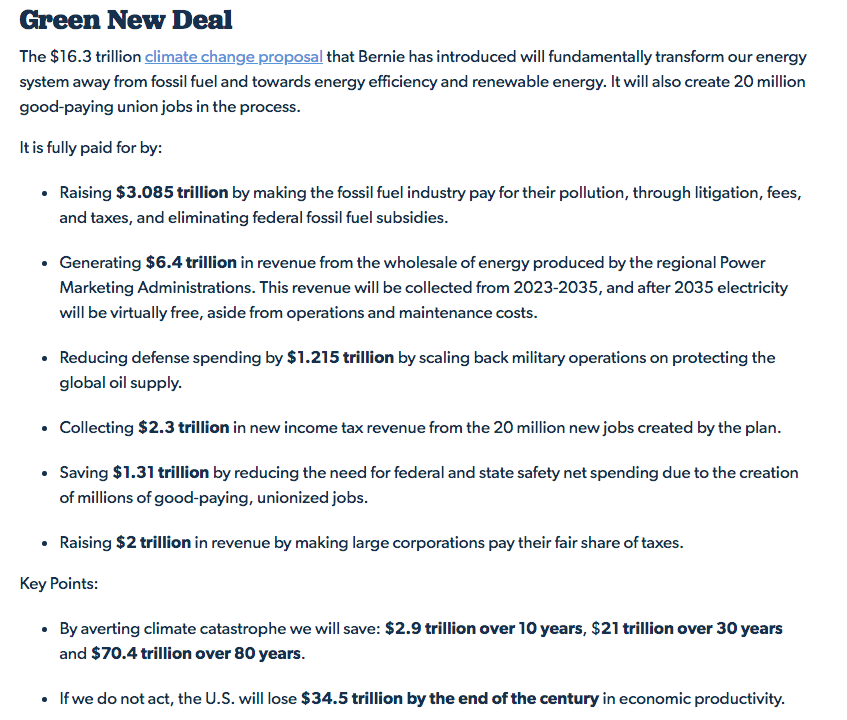 more goods & services for that extra $ to chase (b) pull $ back out of economy via > taxes & selling green bonds (8/n)
This has been tried before & it worked. It was John M. Keynes’ solution to financing the US & UK World War II efforts. And in #COVID19 times governments are now seeing the value of using the same economic tools we haven't used since WWII (9/n)
We found that Sanders’ GND could be financed without causing excessive inflation, provided US society is willing to accept tax increases for its wealthiest citizens reminiscent of those of the late 20th century (10/n) 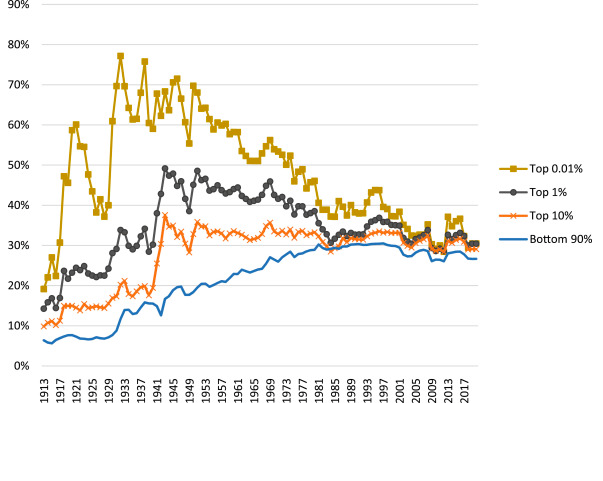 Sanders GND’s use of Keynesian demand-side macroeconomics challenges governments, policymakers & citizens to think anew about the nature of money. Neoclassical economic assumptions must be challenged as they enable both climate destruction & inequality 2 continue (11/n)
PART II: In what ways do social welfare policies relate 2 tackling climate? And why is a fiscally redistributive approach needed to starve off climate chaos? We examined these Qs from a purely pragmatic perspective (i.e. CO2 reductions), leaving aside normative elements (12/n)
1. CO2 drops as inequality reduces. CO2 emissions of the wealthiest 1% are c. 20 times as large as US avg (Piketty). Increasing tax rate on the highest incomes by just a few % & redistributing the proceeds to the poorest households would significantly reduce CO2 emissions (13/n) 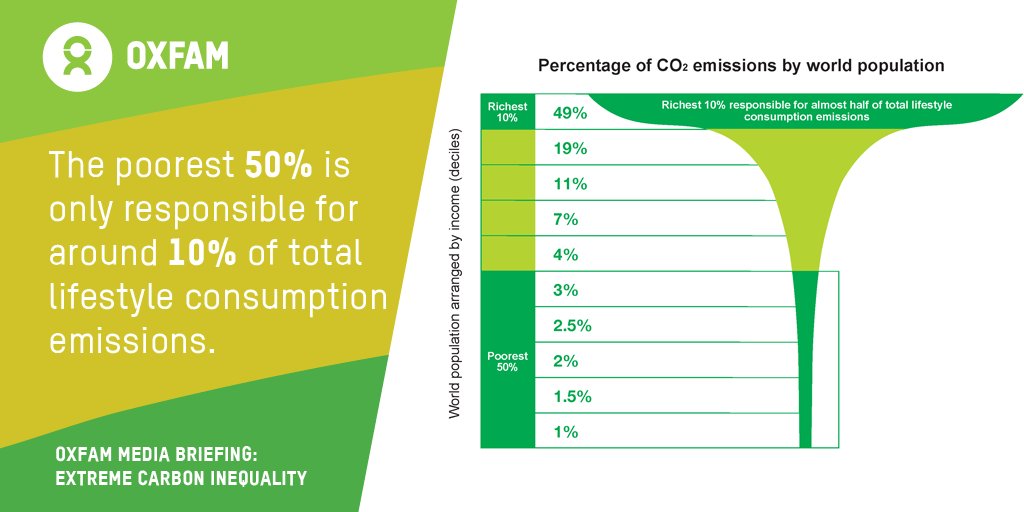 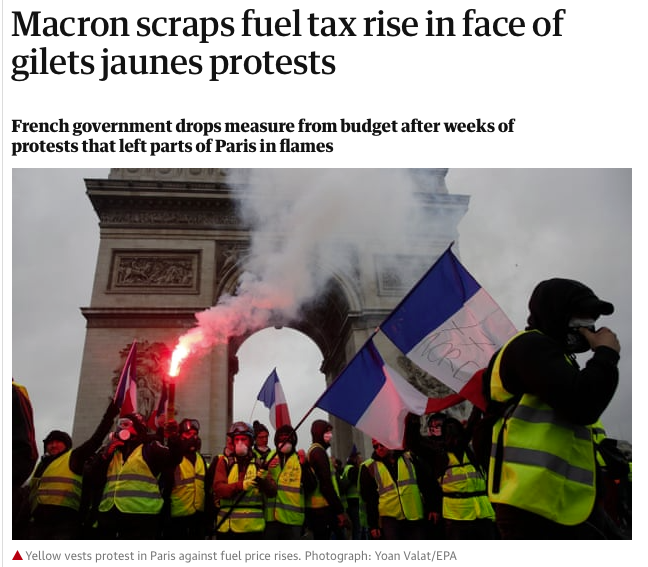 The idea of imposing a wealth tax on the richest Americans has elicited sharply divergent views across a spectrum of politicians, with President Donald Trump branding it socialist and progressive...

https://www.reuters.com/article/us-usa-election-inequality-poll-idUSKBN1Z9141
8. Current US economy, taxation, utilities ownership structure, corporate lobbying power & extreme free-market orientation make it impossible 4 Gov. 2 act decisively & effectively in climate change mitigation. Sanders GND is a pragmatic response 2 overcome these obstacles (20/n)
In Sum:
1. Social welfare policies vital for CO2 cuts & builds
support 4 climate action
2. Sanders GND is pragmatic/necessary
3. GND can be paid 4 without causing excessive inflation
4. There is fiscal space: what’s needed is political will (21/21) https://www.sciencedirect.com/science/article/pii/S2214629620301067
The Green New Deal in the United States: What it is and how to pay for it

An Open Letter and Call to Action to Members of Congress

Solving the ecological crisis requires a mass movement to take on hugely powerful industries. Yet environmentalism’s base in the professional-managerial class and focus on consumption has little...