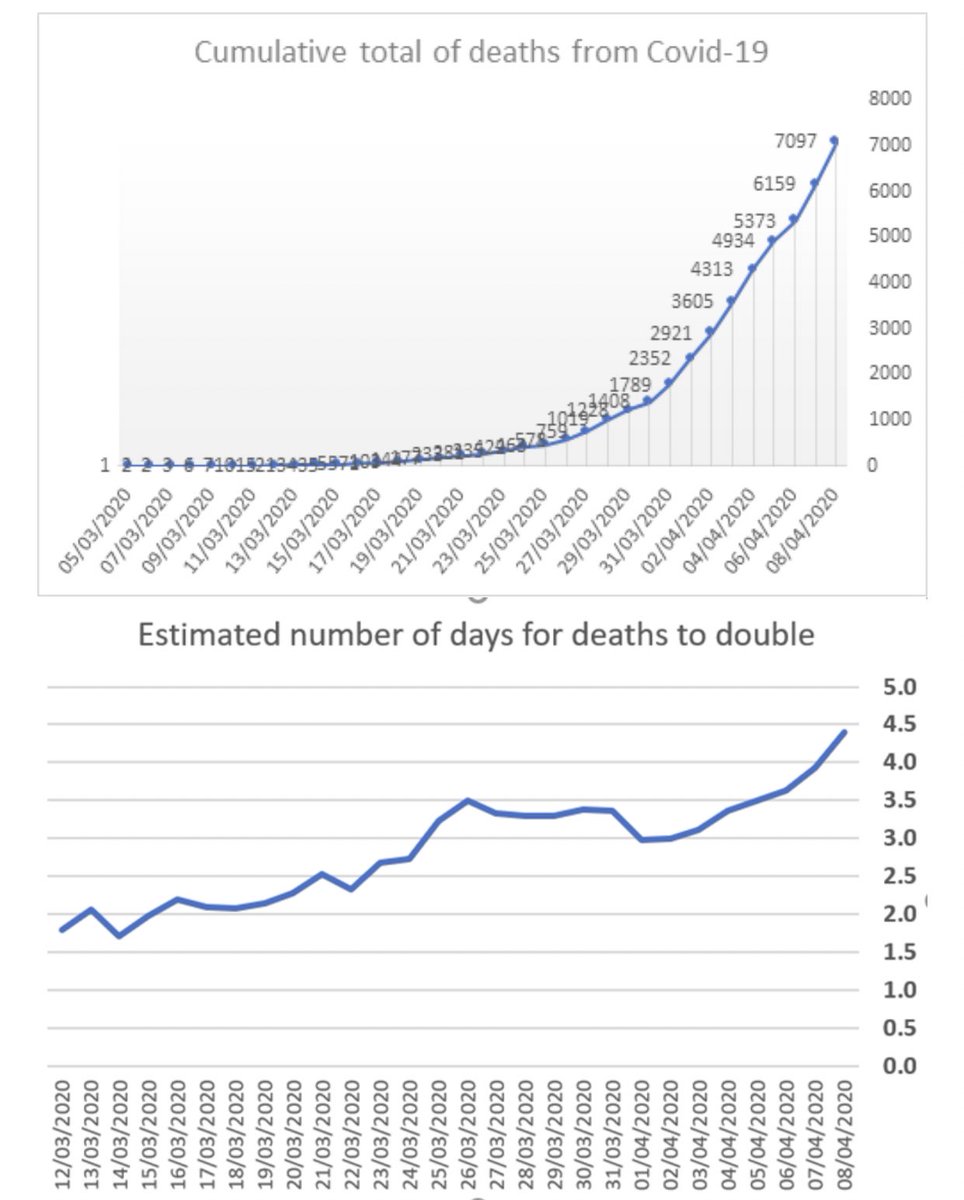 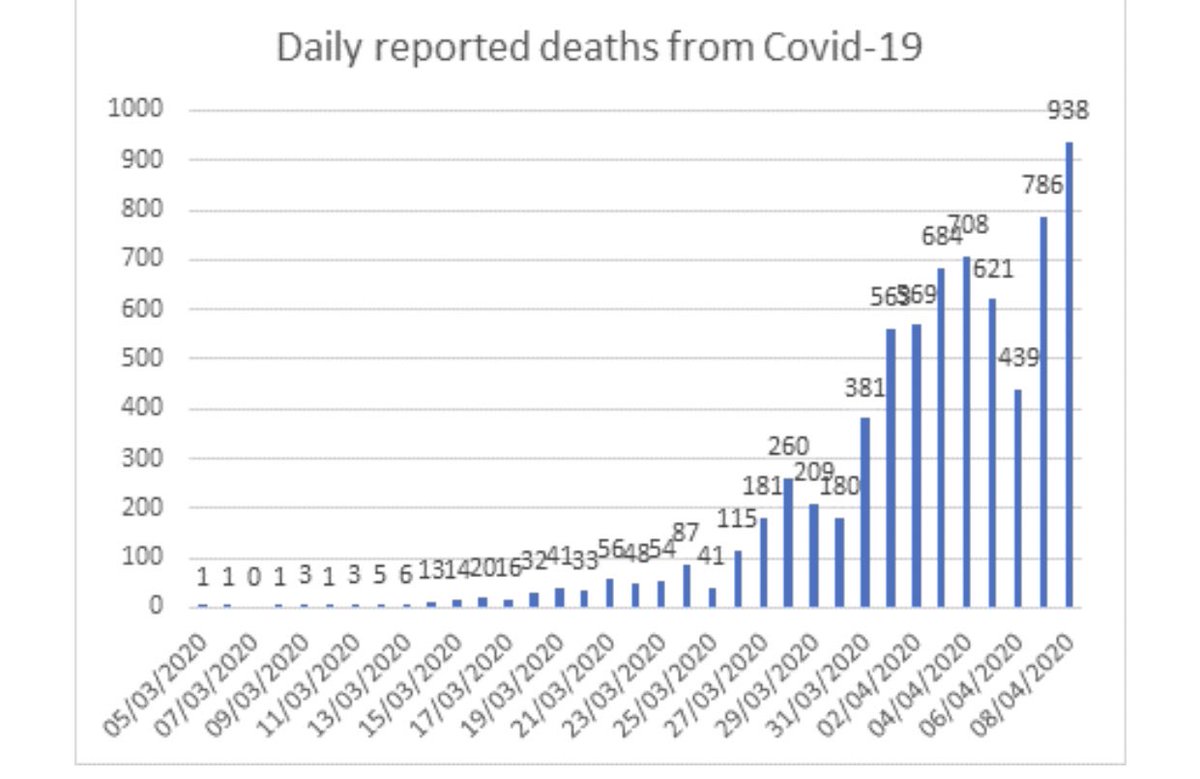 Also are people dying of other causes because not accessing hospitals?
I noticed how NHS’s Powis urged people to go to hospital if non-Covid emergency at presser y’day
Data from Scotland (via @IslaGlaister) shows deaths from all causes in wk to April 5 60% higher than 5-yr av 2/
Daily data (via @IslaGlaister)
- 83% new deaths in England
- Balance shifting. London accounted for over a fifth of UK daily total. Wk ago it was a third
- Two trusts in Midlands reported highest number. New Nightingale hospital opens in Birm Fri. 500 beds, up to 2k capacity 3/ 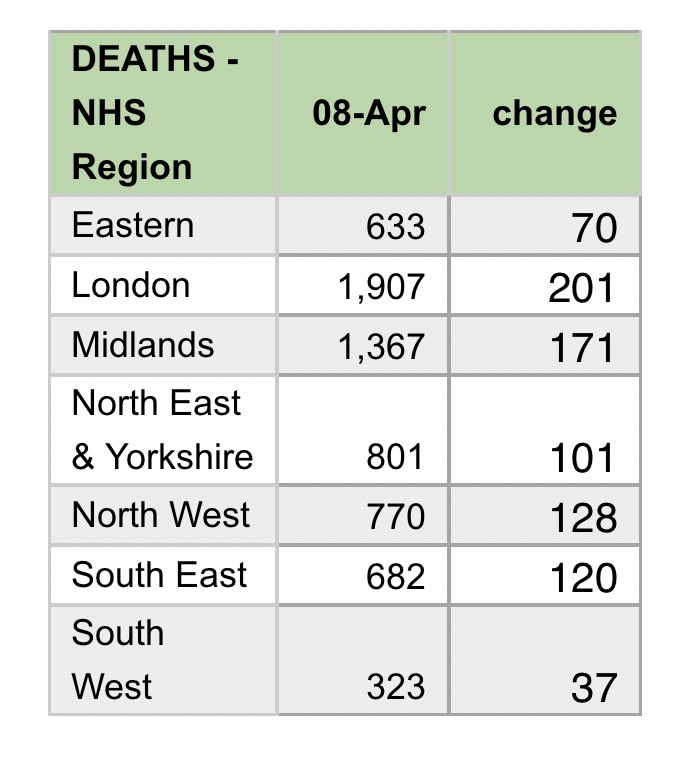 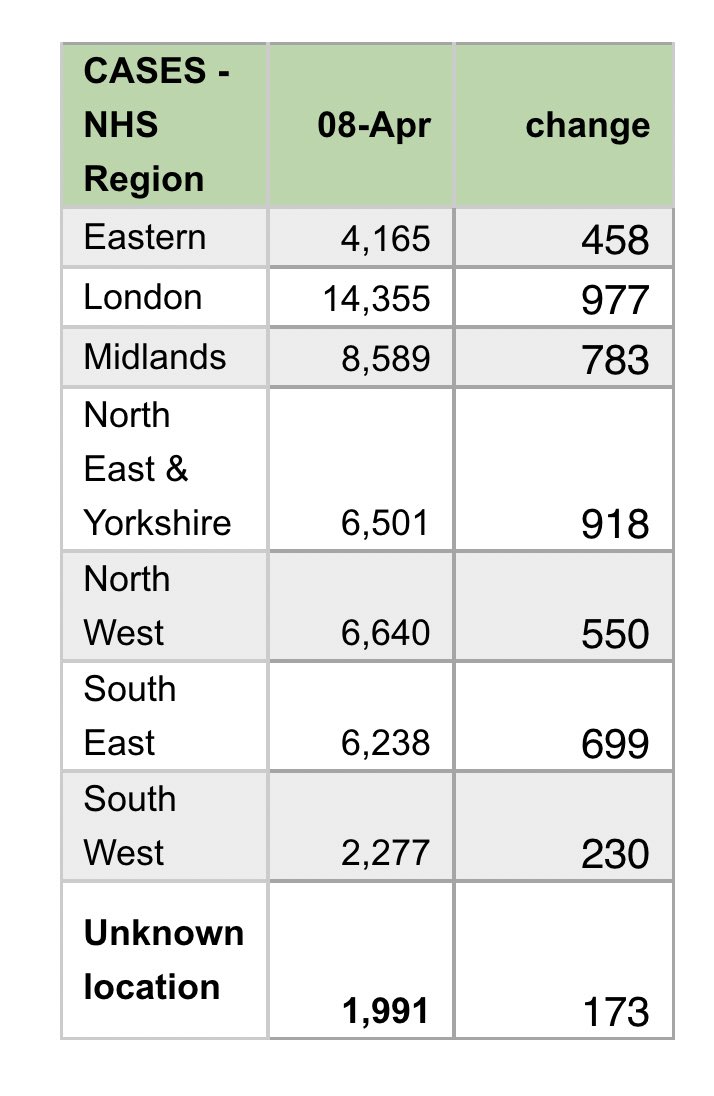 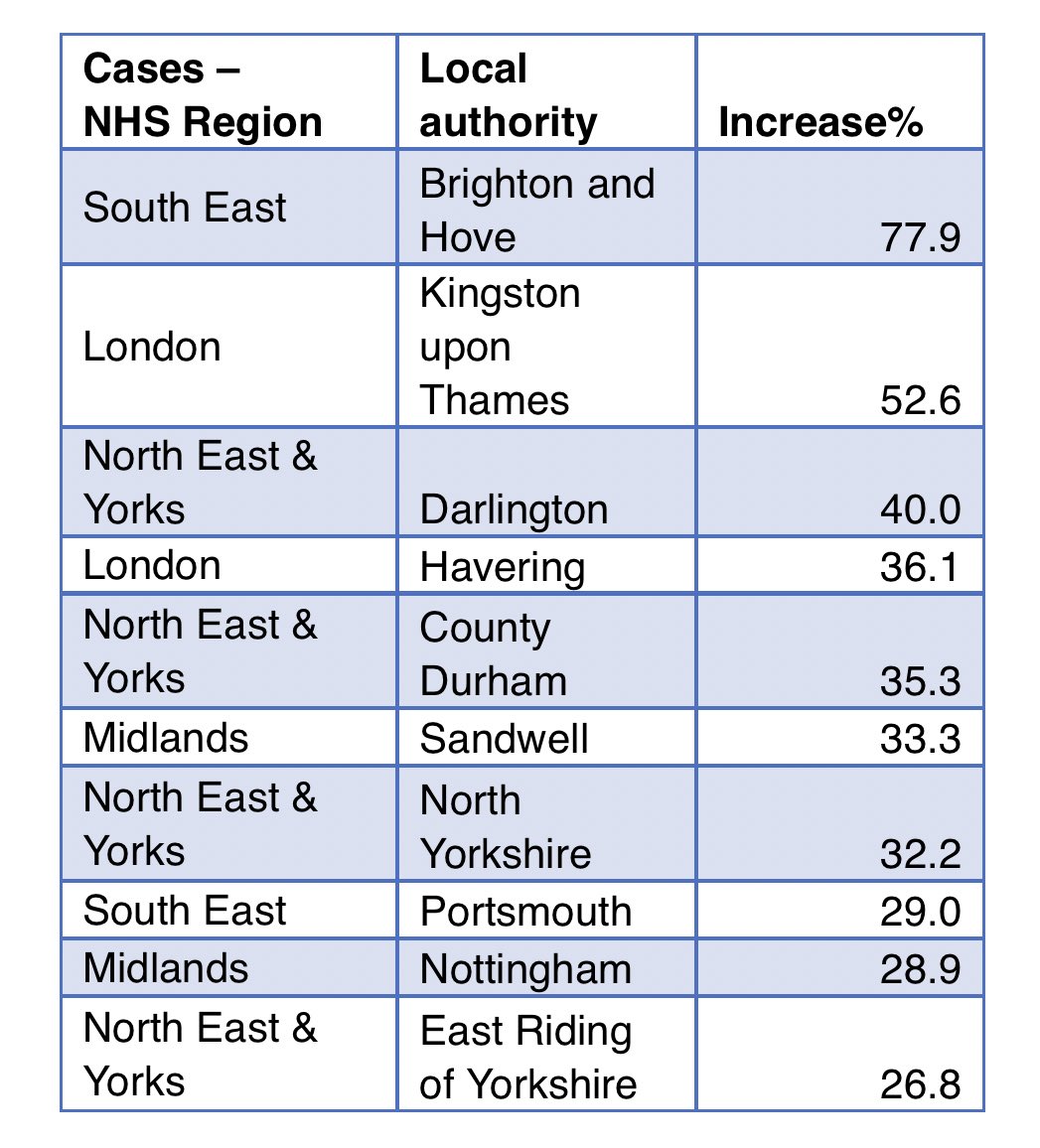 You can follow @BethRigby.
Tip: mention @twtextapp on a Twitter thread with the keyword “unroll” to get a link to it.