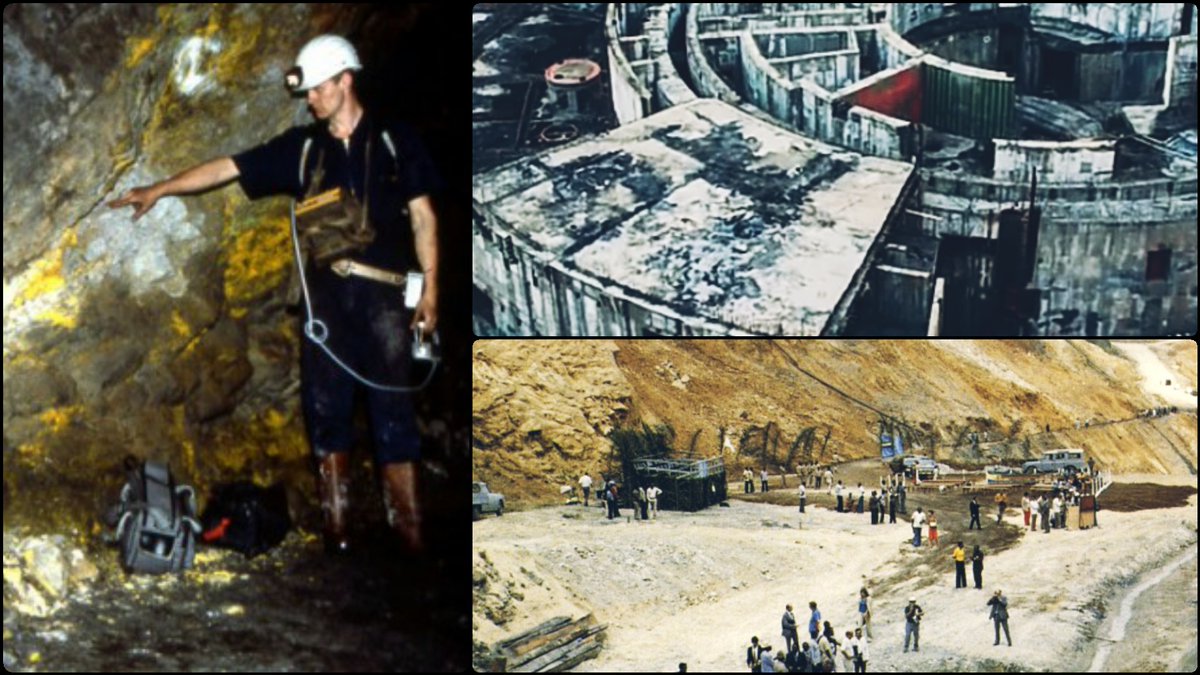 Over the last two centuries, scientists and archaeologists have opened the eyes of the world to the many ancient technologies hidden in plain sight in Africa.
To further propagate this lie, they destroyed, stole, and buried multitudes of African artifacts, inventions, and knowledge.

Despite these, the worst disaster Africa faces, is that her nations are ruled by politicians who have no sense of history and consciousness.
As we speak, numerous foreign companies are all over Africa, digging up precious metals, minerals, resources, ancient artifacts and many more.
The Complete scientific details of the findings can he found
http://www.informative440.co.za/news/entry/69/30/Two-billion-years-old-nuclear-reactor-found-in-Africa-

We might not have the power the fight the dirty government officials and their international collaborators, but we have a medium to speak up, and we are doing just that.
The site is in Oklo, Gabon. And what was surprising to the scientists who gathered at the site where the Uranium was found, is that the nuclear reactor was way beyond the scope and understanding of our modern/present scientific and technological know-how.
A nuclear reactor, lost to history, was discovered by a worker at a nuclear fuel processing plant, in Africa, in 1972. The worker noticed that there was something suspicious in one of the analyses of the uranium obtained from the mineral source at the site.
The Europeans didn’t want this knowledge to go viral in the world, so they devised all kinds of propaganda and science-backed lies to say that Africans (Black/Brown people) were inferior to the Caucasian man.
Although many things are still not clear, one fact that keeps resurfacing is that humans have been on this planet for longer than we can tell and that Africa (the Black man), was at the forefront of the civilizations and technologies that power the planet from time immemorial.
The researchers who worked on the discovered nuclear reactor said that it was most likely to be around 1.8 billion years old, and at its peak, would have been operated for at least 500,000 years.
The fascinating thing is that our modern-day nuclear reactors are nothing to compare with this old reactor, both in functionality and in design. The ancient nuclear reactor was said to be very long and stretched along many kilometers.
You can follow @PAfricanNations.
Tip: mention @twtextapp on a Twitter thread with the keyword “unroll” to get a link to it.