Read on Twitter
Working on another article for @antihateca focused on far-right groups defying provincial health guidelines concerning assembling in groups. As part of the research I came across this post by Rick Boswick. 1/12 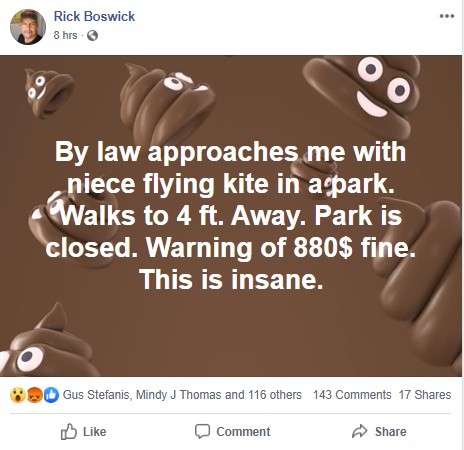 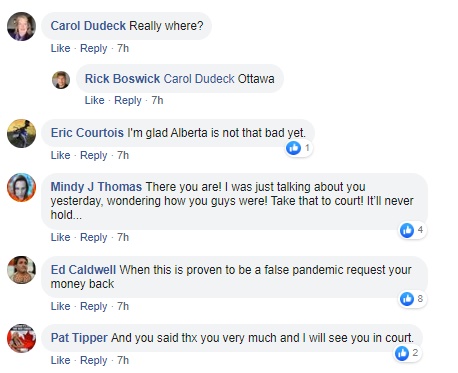 And of COURSE being fined for violating an emergency health and safety measure is exactly the same as the persecution of the Jews by the Nazis. 3/12 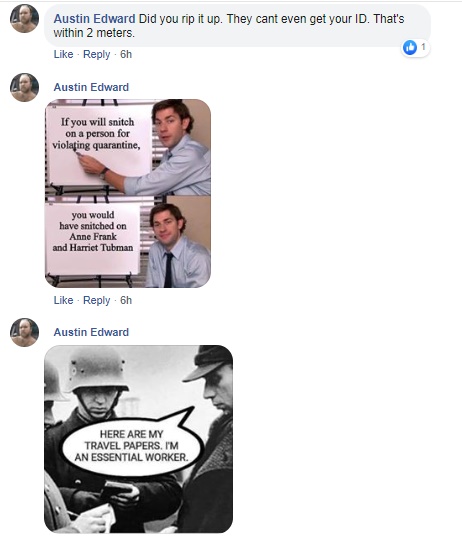 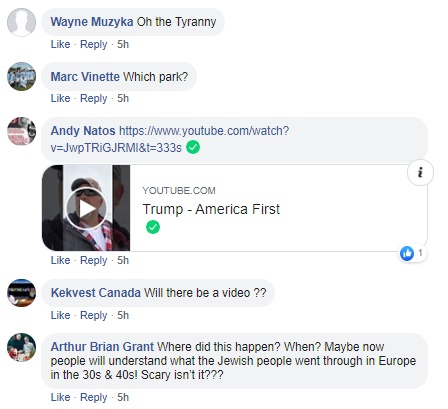 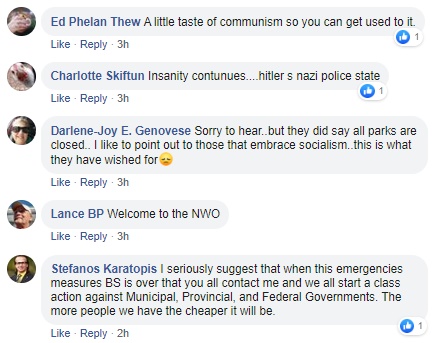 By the way, Boswick wasn't actually fined. He received a warning. 4/12 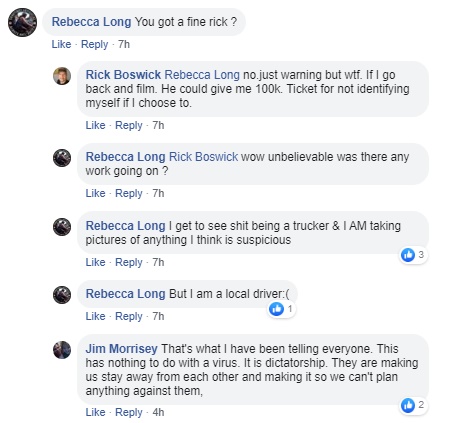 It is here I will remind readers that Rebecca Long is one of the Yellow Vesters in Hamilton.

The Yellow Vesters claim they are patriots fighting for Canada. Keep that in mind as we continue this thread. 5/12
One person challenged Boswick for his selfishness. Immediately Long went on the attack. 6/12 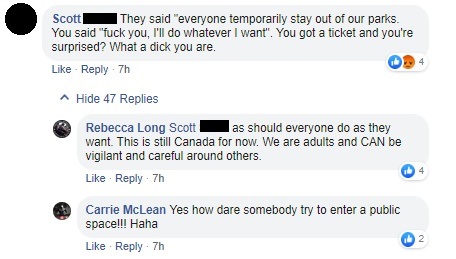 The exchange is rather lengthy but I want to highlight Long's response to this post. 7/12 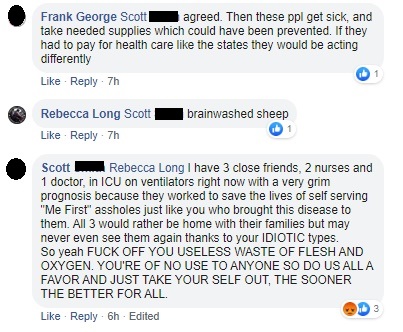 It is almost hard to fathom the mind that comes up with this as a response. 8/12

"Don't tell me about you're [sic] doctor friends are sick. I never chose to work with sick people all day THE DID"

I mean.... wow. 9/12
So, the Yellow Vesters and others like them claim they are patriots who are making sacrifices for the country (by standing on a corner on weekends and posting false news stories that fit their narrative on Facebook I suppose). 10/12
Yet when they, and every other person in the country is asked to make a sacrifice to protect the health of vulnerable citizens, they act furiously about THEIR inconvenience. 11/12
This, in a nutshell, is the character of the entire "patriot" movement in Canada. One of selfishness. 12/12
You can follow @ARCCollective.
Tip: mention @twtextapp on a Twitter thread with the keyword “unroll” to get a link to it.