Read on Twitter
A few thoughts on Keir Starmer, recently voted Leader of Her Majesty's Opposition, from the general perspective of child abuse ...
What better place to start than that stalwart paedophile of the Labour Party, Greville Janner.
When Simon Danczuk made his allegations against Janner in the HoC in 2015, it was the former DPP Keir Starmer who defended the decision not to charge Janner.
https://www.dailymail.co.uk/news/article-3136208/Labour-peer-Lord-Janner-violated-raped-tortured-children-PARLIAMENT-claims-Simon-Danczuk-bombshell-debate.html

Starmer's former principal legal adviser at the Crown Prosecution Service was Alison Levitt, mistress then wife of Lord Carlile, one of Greville Janner's staunchest supporters, defender of Paul Burrell and the man who co-starred with Jennifer Arcuri. https://twitter.com/ciabaudo/status/1006433087734108161?s=19

Starmer was aware of allegations against Janner yet dragged his feet, in the end handing the case over to Alison Saunders, closely advised by Levitt, only to applaud her for not pressing charges and then trying to stifle any further discussion on the case.
https://www.thesun.co.uk/archives/news/135974/crony-prosecutor/

Alison Levitt was the wife of Lord Carlisle, one of the Three Musketeers (Vaz, Ashby and Carlile) who backed Janner, closing ranks around him.
Hard to imagine her wanting to see the paedophile Greville Janner stand trial!
https://amp.theguardian.com/commentisfree/2015/apr/19/establishment-stopped-me-exposing-greville-janner-25-years-ago#click=https://t.co/gUAYe6EBuq
Oh, and while we are on the subject of Keith Vaz, washing machine salesman, Janner fan, procurer of rent boys and alleged paedophile, why has this Leveson correspondence between Vaz and Keir Starmer been sealed until 2097?
https://discovery.nationalarchives.gov.uk/details/r/a26b55ca9f96433aabde39c2693382a4 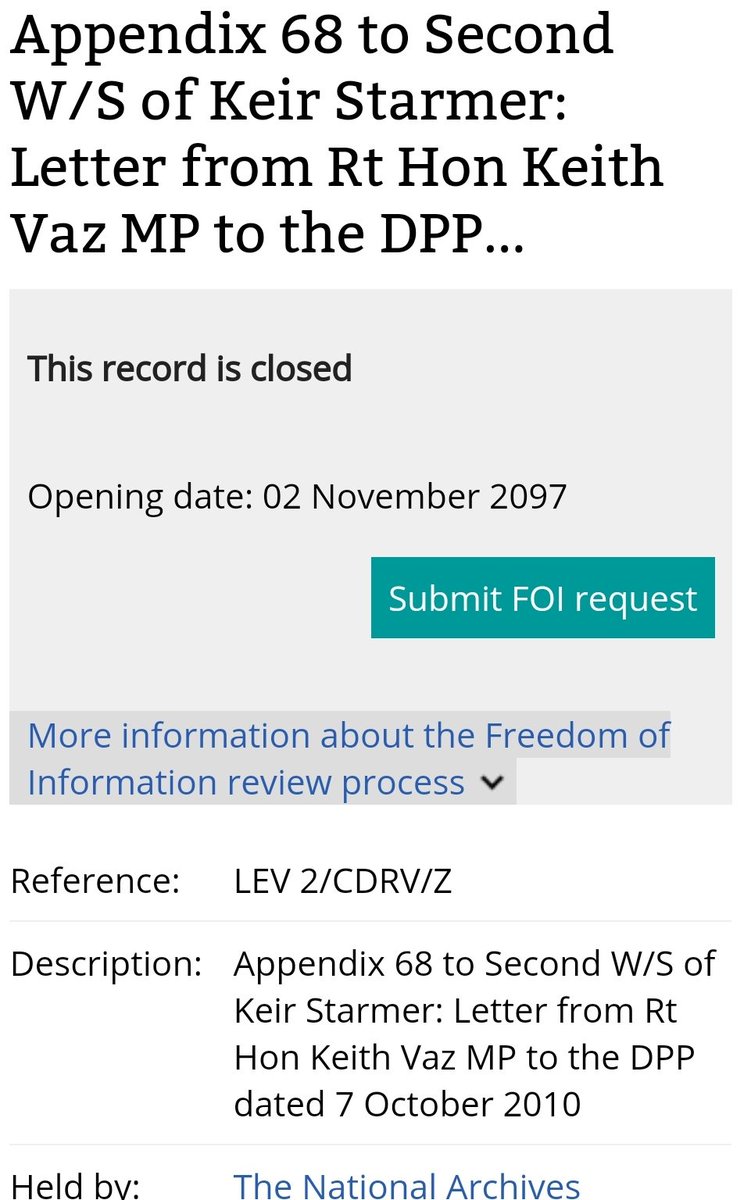 In 1989, Keir Starmer, at the time the NCCL's legal officer, wrote the following letter to the Guardian on behalf, inter alia, of the National Association for the Care and Resettlement of Offenders (NACRO) ... 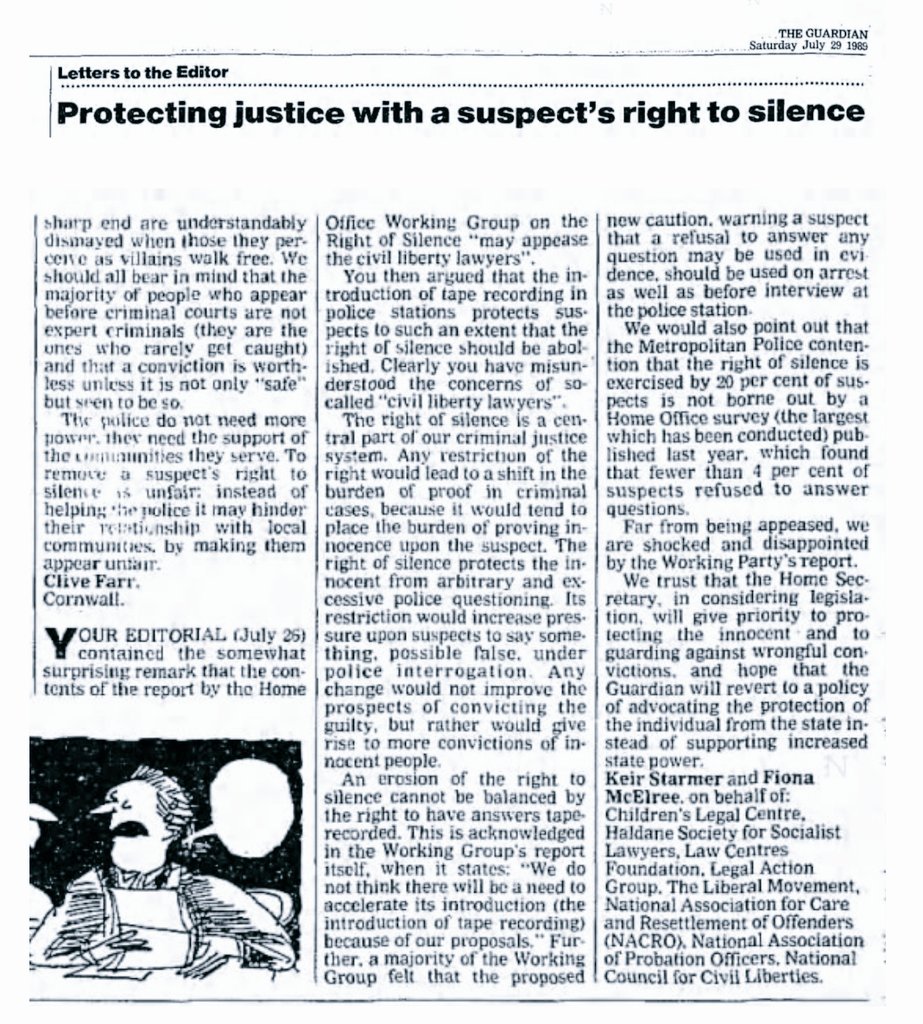 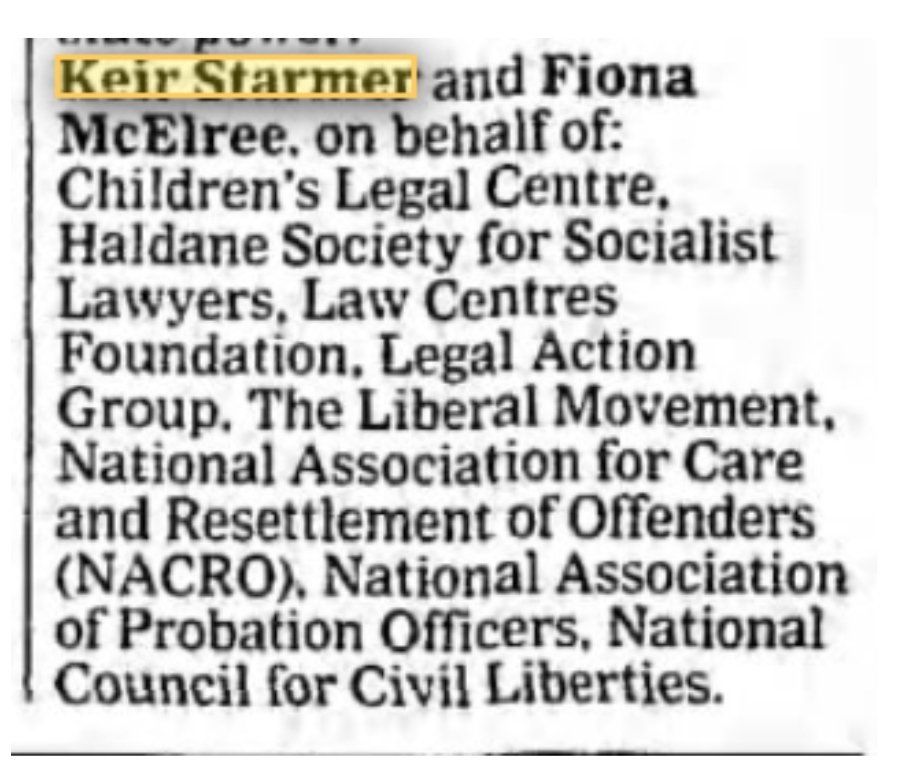 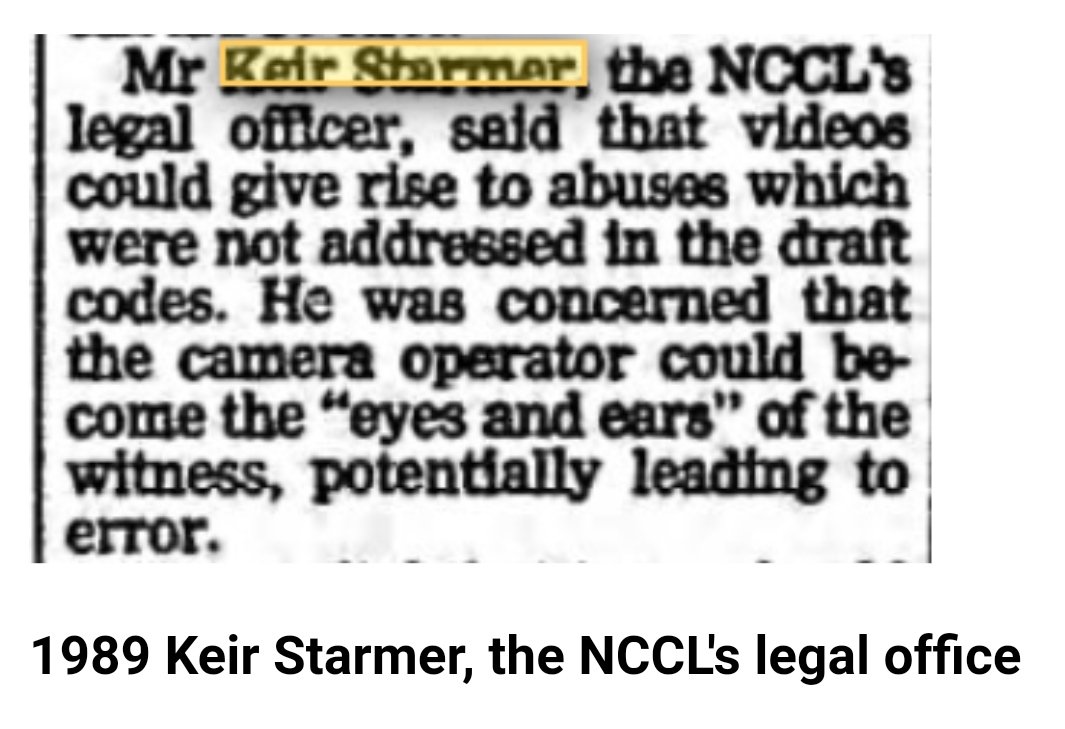 NACRO was home to some interesting names. Take the jailbird Jonathan Aitken, head of the consortium that bought Champneys, the favourite haunt of Savile and Vaz. He was a director there along with Lord Carlile who shared an office with Cyril Smith. https://threadreaderapp.com/thread/1063295080532975616.html
Thread by @ciabaudo: "The links between Rev David Salt and Sir Peter Hayman have piqued my interest...

Thread by @ciabaudo: "The links between Rev David Salt and Sir Peter Hayman have piqued my interest in the Hungerford massacre and some intercidences' and relationships to which I will devote a...

https://threadreaderapp.com/thread/1063295080532975616.html
Two other directors of NACRO, Peter Bottomley and Charles Irving, had two other things in common: They were both members of the Monday Club and both appeared on the list of patrons of the Elm Guest House child brothel, although Peter strenuously denies ever visiting the place. 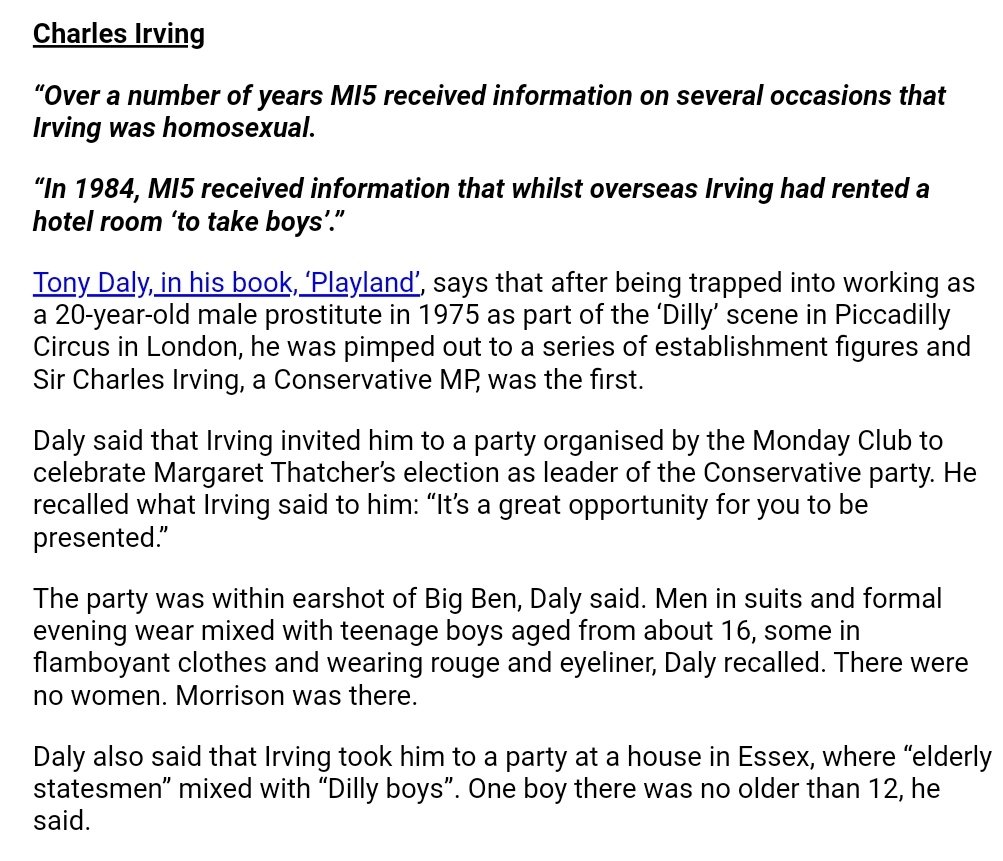 In 2002, 'A', a convicted paedophile, was due to be named and exposed by the BBC's 'The Hunt for Britain's Paedophiles'.
His privacy plea was wisely refused by the judge presiding over the case.
The paedophile's counsel:
Keir Starmer. 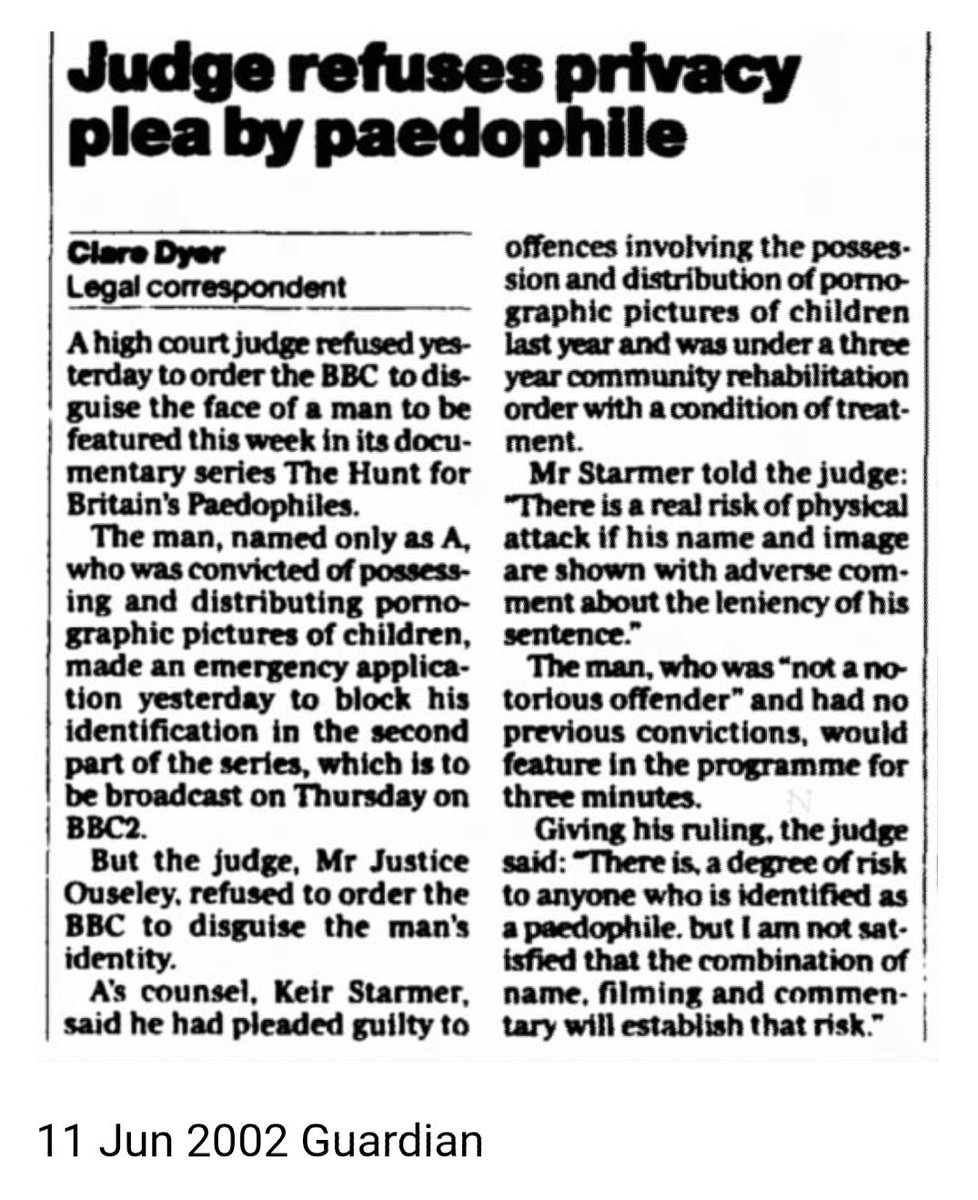 Harman hails Starmer as saviour! Well, she would, wouldn't she?
Both Harriet Harman and Keir Starmer were NCCL legal officers.
Harman's coverup of the NCCL's affiliation with PIE was an indelible stain on her party and the NCCL, now Liberty.
https://www.dailymail.co.uk/news/article-4192338/Harriet-Harman-hails-Keir-Starmer-Labour-party-saviour.html 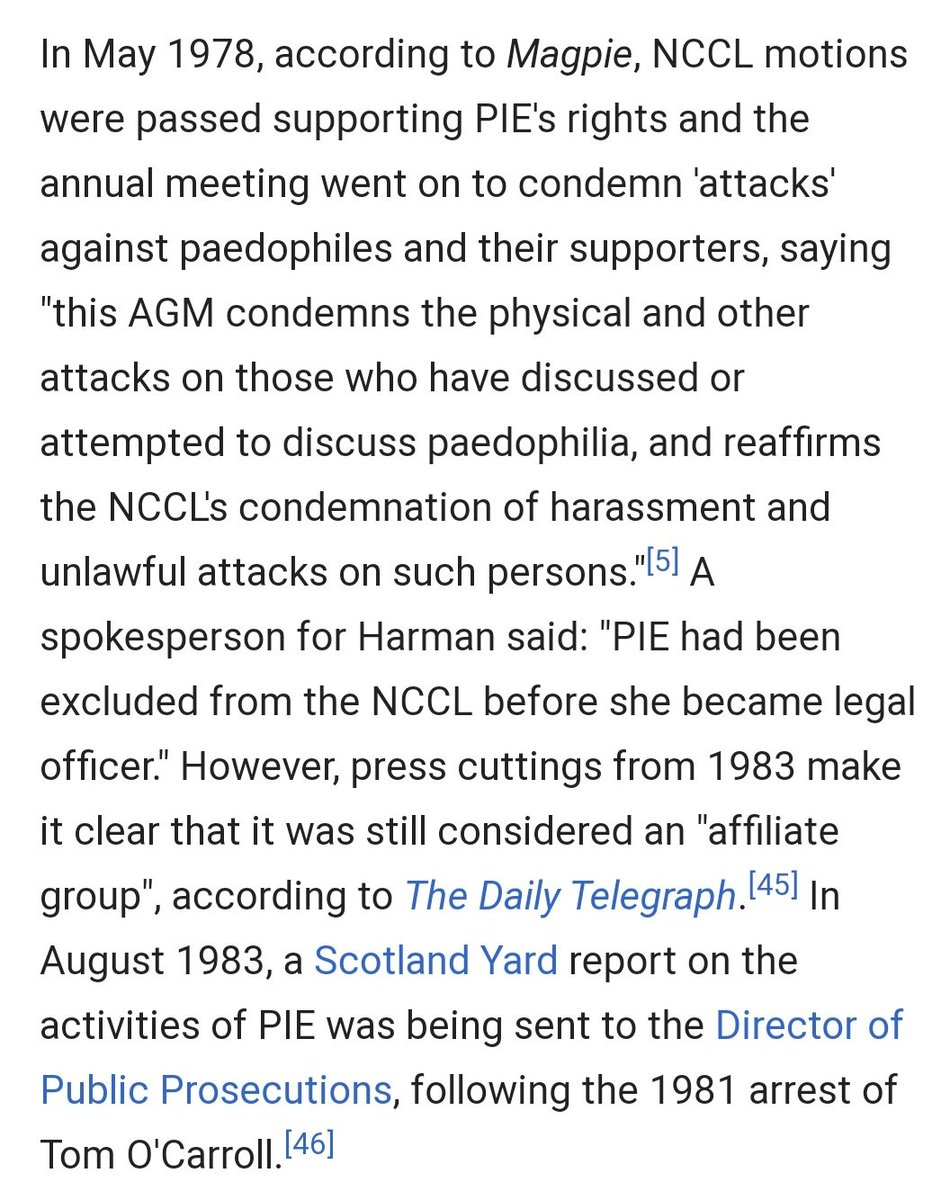 Another woman grinning like a Cheshire cat since Keir Starmer was elected as Labour leader is Harman buddy Margaret Hodge. Hodge's hubby Henry was NCCL chairman when PIE was given affiliate status. Read here about Islington abuse on Maggie's watch: https://twitter.com/ciabaudo/status/1026923031757815808?s=19

Starmer was introduced to the Doughty St. chambers by none other than its founder Geoffrey Robertson, another NCCL officer when it was infiltrated by the Paedophile Information Exchange.
Robertson represented Harvey Proctor at the @InquiryCSA hearing. https://twitter.com/ciabaudo/status/1103102580136312832?s=19 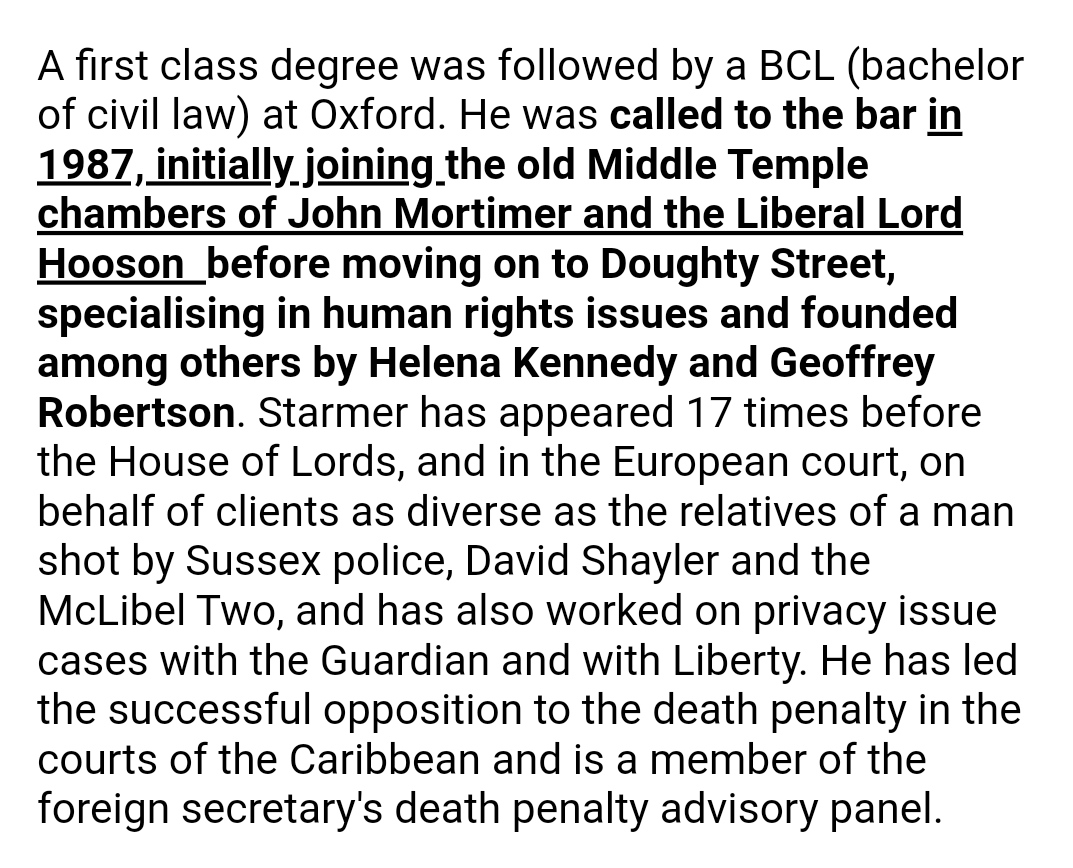 Lord Lloyd, friend and supporter of paedophile Bishop Peter Ball, wrote a letter to the then DPP Keir Starmer in relation to Sussex Police's ongoing investigation.
Lloyd and Starmer were obviously good friends, a fact mentioned at the IICSA inquiry.
https://www.churchtimes.co.uk/articles/2016/8-january/news/uk/cps-releases-peter-ball-letters

Ironically, Lord Lloyd's wife was a director, together with John Cleese of Epstein's little black book fame and the paedophile gatekeeper Dame Butler-Sloss. sister of AG Lord Havers who covered up the Westminster paedophile ring.
https://companycheck.co.uk/company/02134119/FAMILIES-AT-RISK/companies-house-data https://twitter.com/ciabaudo/status/1154583966701301760?s=19
Keir Starmer was made DPP by the controversy-riddled former Attorney General Patricia Scotland, sister-in-law of Thatcher's Brian Mawhinney, himself an anti-porn campaigner, cited by @InquiryCSA as toeing the party line in discrediting Geoffrey Dickens.
https://twitter.com/ciabaudo/status/1195444628469821440?s=19

Starmer (legal adviser to the Northern Ireland Policing Board), Brian Mawhinney (Minister of State at the NI Office) and Patricia Scotland (AG for Northern Ireland) will most certainly have been privy to the aweful child abuse by VIPs at Kincora.
https://sluggerotoole.com/2015/04/08/kincora-heart-of-darkness/

Keir Starmer's and Patricia Scotland's paths crossed again in the case of the black cab rapist John Worboys, where both were subjected to massive criticism for their lax and lenient approach to a man who once again presents a risk to the public.
https://www.thesun.co.uk/news/5273304/john-worboys-black-cab-rapist-sparks-anger/ 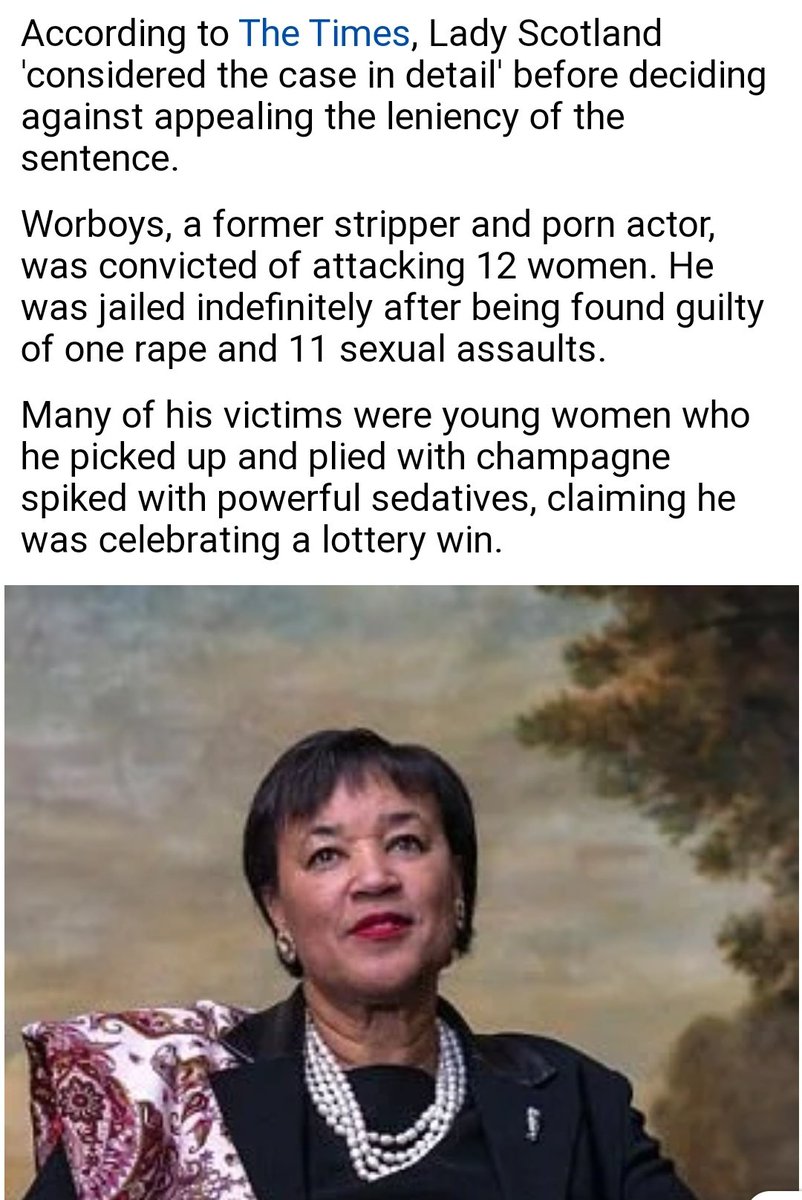 Starmer, and indeed his successor Alison Saunders, both basked in the successful prosecution in the Lawrence case. However, Clive Driscoll, who did the heavy lifting, wanted to see two more men charged but was overruled by Starmer!
https://www.mirror.co.uk/news/uk-news/steven-lawrence-murder-detective-reveals-6161881
https://twitter.com/ciabaudo/status/1239945126346215431?s=19

Missing files ...
Dr. Sally Baker, a favourite research resource of mine, has a similar story to tell of Keir Starmer, whose instructions as DPP resulted in a trial against corrupt Welsh police officers collapsing!
http://www.drsallybaker.com/uncategorized/a-future-leader-of-the-labour-party/

Before becoming part of the Matrix, Keir Starmer was a founding member of Doughty St. chambers along with Geoffrey Robertson who has already graced this thread.
Time now to look at some of the other big hitters at this set: https://www.legalcheek.com/2020/03/doughty-street-veteran-donates-a-cool-100k-to-former-chamber-mate-keir-starmers-labour-leadership-campaign

Ignominiously departed:
Ben Emmerson, lead counsel at @InquiryCSA, looked up to Starmer when he joined Doughty St.
He was fired and then resigned from his IICSA role after allegedly groping his junior Elizabeth Proschka in a lift.
https://www.dailymail.co.uk/news/article-8211355/amp/BBC-DJ-demands-Keir-Starmer-apologise-role-historic-sex-abuse-scandal.html#click=https://t.co/Ivy3NL4Jml
https://www.theguardian.com/uk-news/2016/dec/14/ben-emmerson-cleared-of-misconduct-in-child-abuse-inquiry?CMP=share_btn_tw

But the Epstein links don't stop there: the heavily scented WJC president Ronald Lauder was one of the first to congratulate Starmer.
Yes, the same Lauder who provided the paedophile Epstein with a fake passport in the Eighties.
https://www.worldjewishcongress.org/en/news/wjc-president-lauder-welcomes-election-of-keir-starmer-as-head-of-uk-labour-party-4-1-2020
https://twitter.com/drbairdonline/status/1155111994967543808?s=19 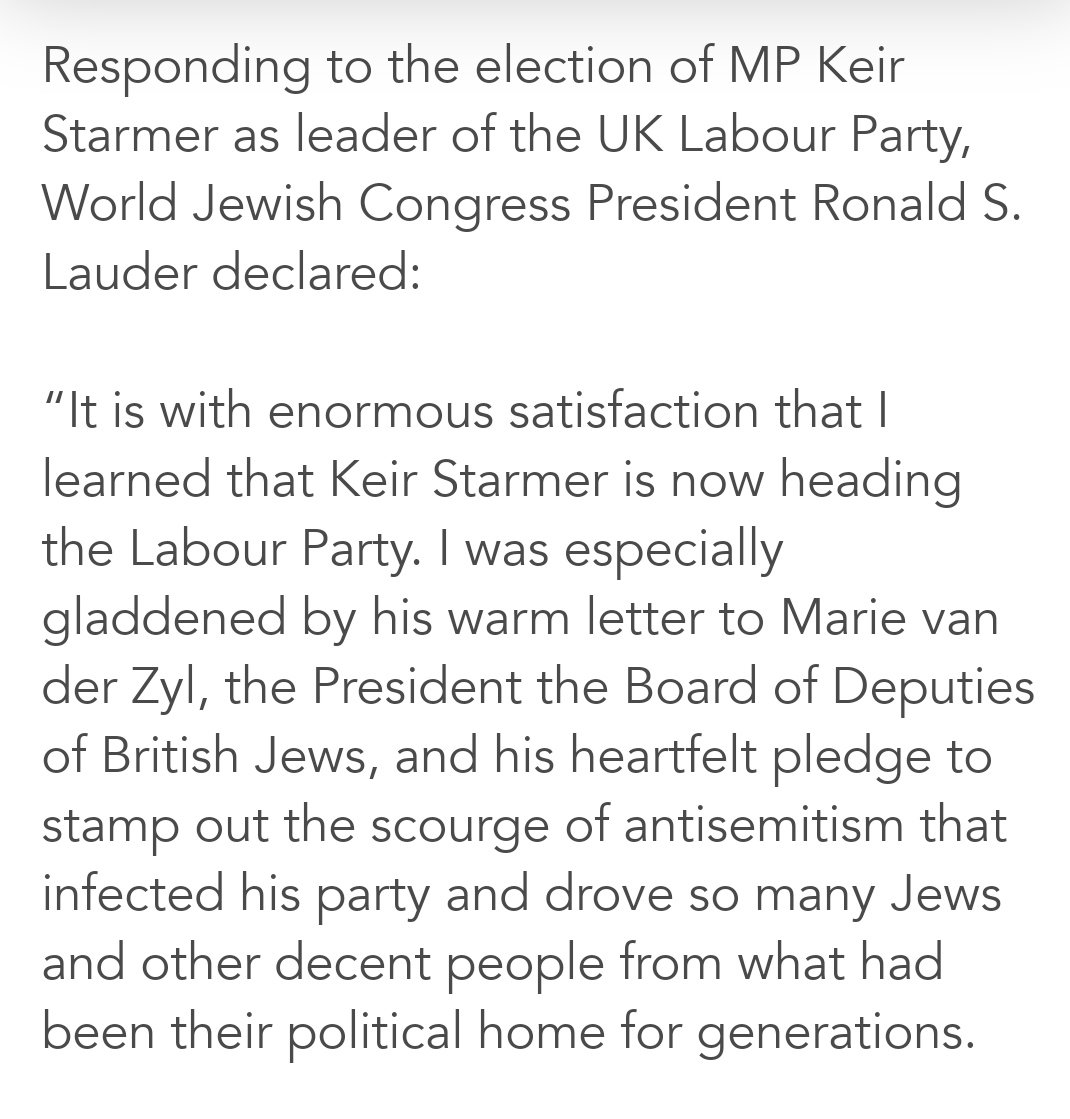 Starmer backer Lauder took over from Edgar Bronfman at the WJC. Bronfman, whose family members featured on Epstein's list and in the NIXVM affair, had close ties to Starmer's cheerleader paedo-enabler Margaret Hodge and the paedophile Greville Janner!
https://www.forbes.com/sites/willyakowicz/2019/05/31/from-heiress-to-felon-how-clare-bronfman-wound-up-in-cult-like-group-nxivm/ 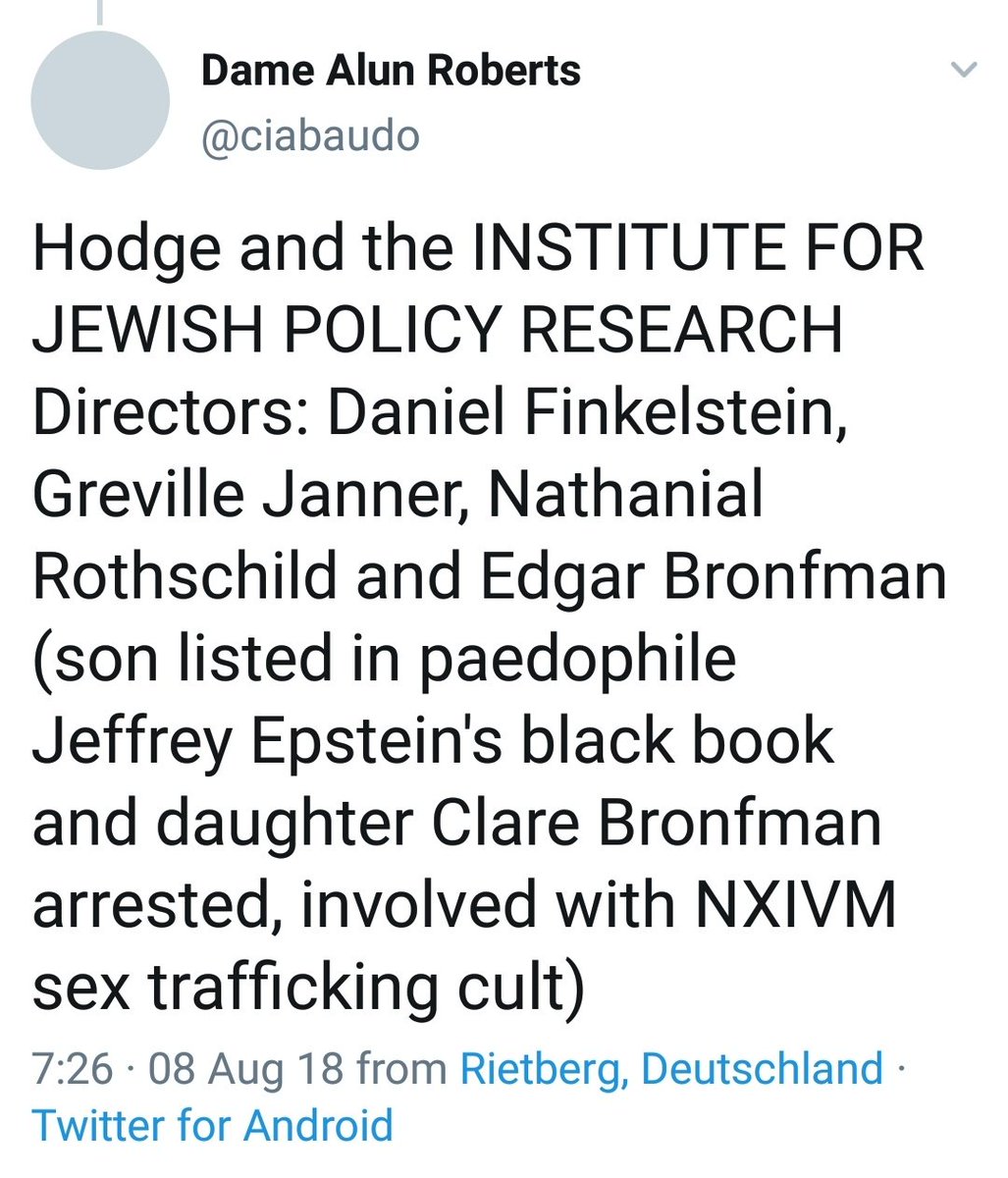 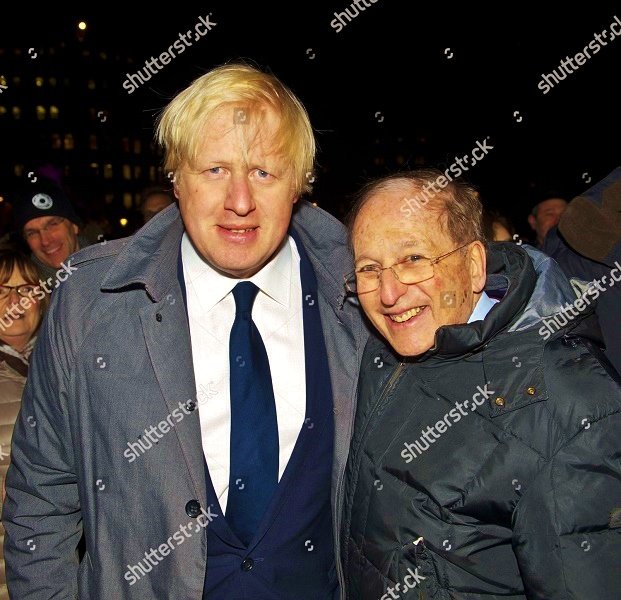 I am agog at the company Keir Starmer, a self-professed working-class dyed-in-the-wool bleeding-heart socialist, keeps. Take his membership in the Tri-Lateral Commission, set up to combat an excess of democracy whose members have included Jeffrey Epstein!

But let's return fleet of foot to Doughty Street, where Edward Fitzgerald, dubbed the Devil's Advocate, is currently joint head with Geoffrey Robertson. Fitzgerald, whose wife is Lord Porn's granddaughter, is a trustee of the Death Penalty Project, where Starmer is director. 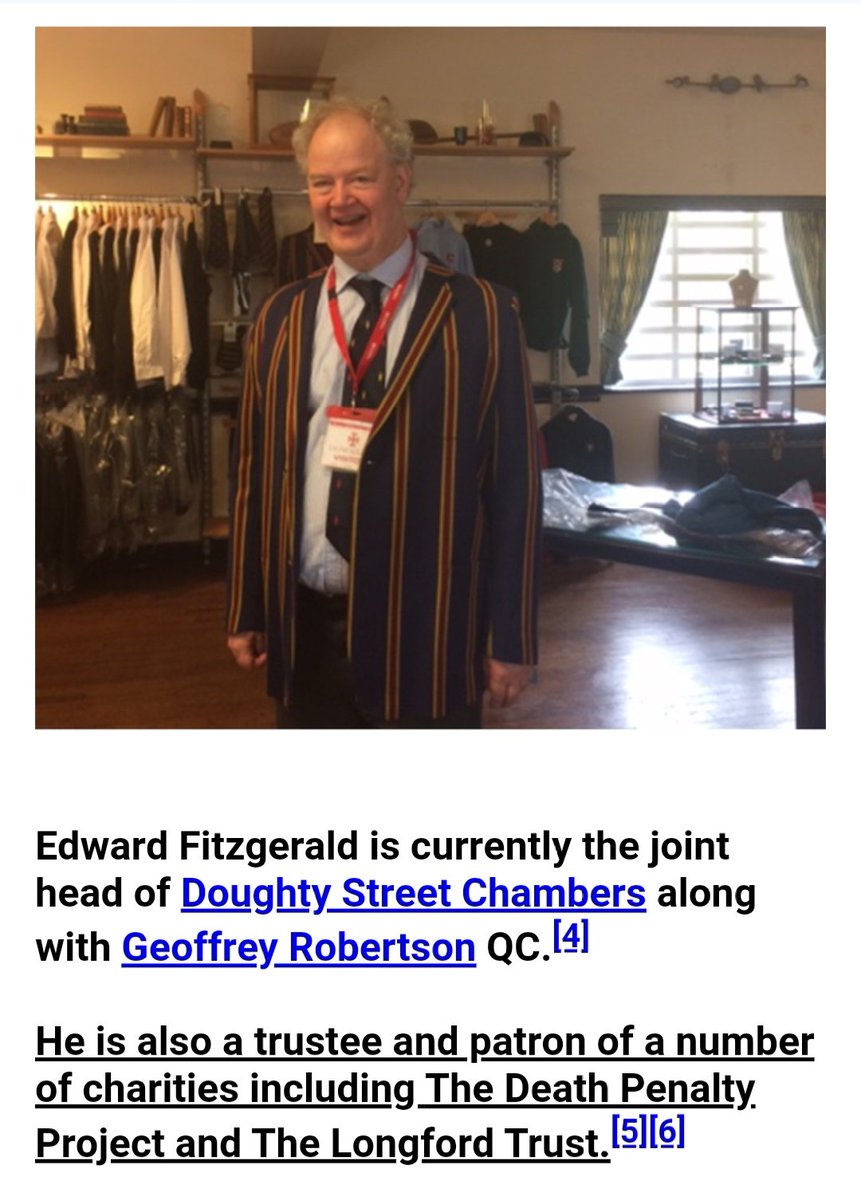 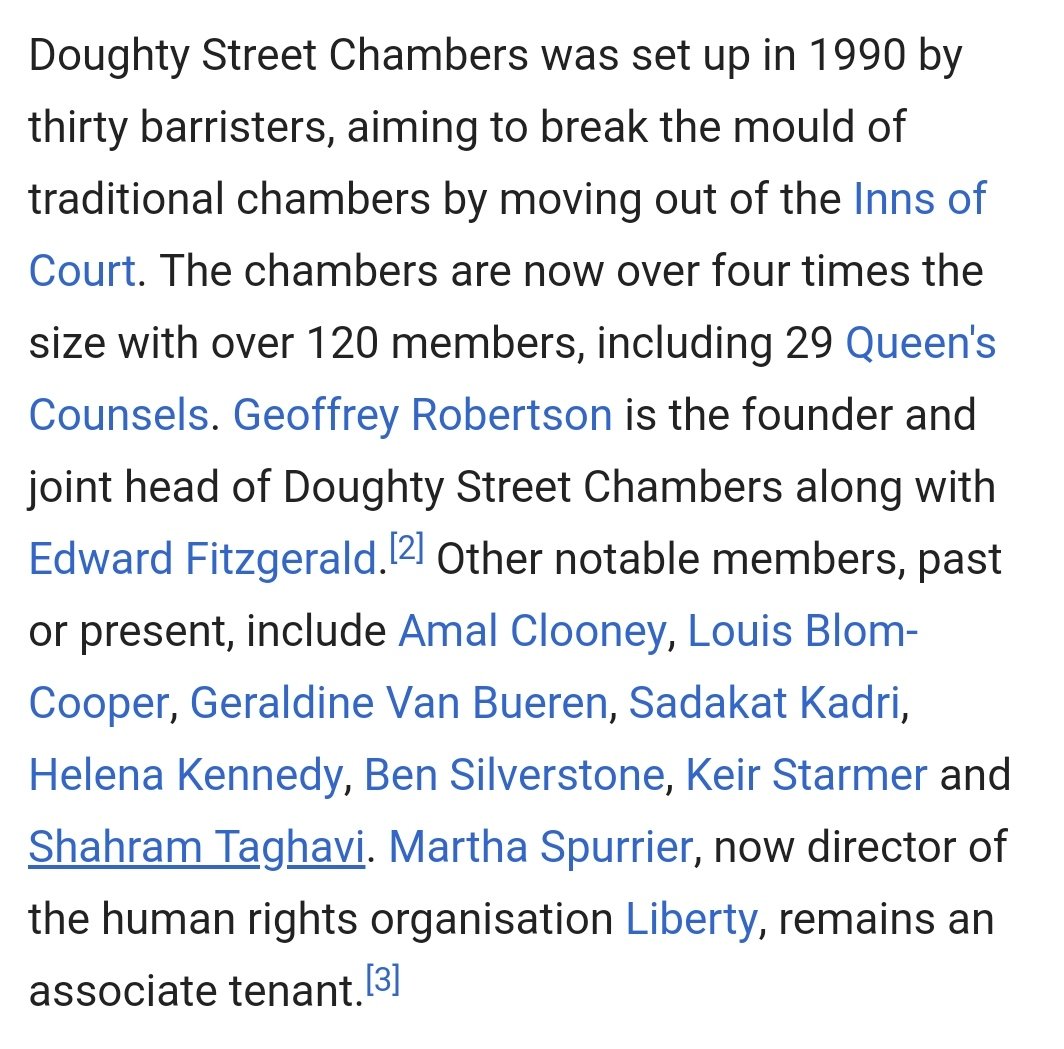 Before joining Doughty Street, Starmer worked as QC at the Middle Temple under Lord Hooson. Hooson, president of the Eisteddfod, where Ffion Hague's father was director. Hubby Willy appointed Ronald Waterhouse another Eisteddfod director to oversee his coverup of an inquiry. 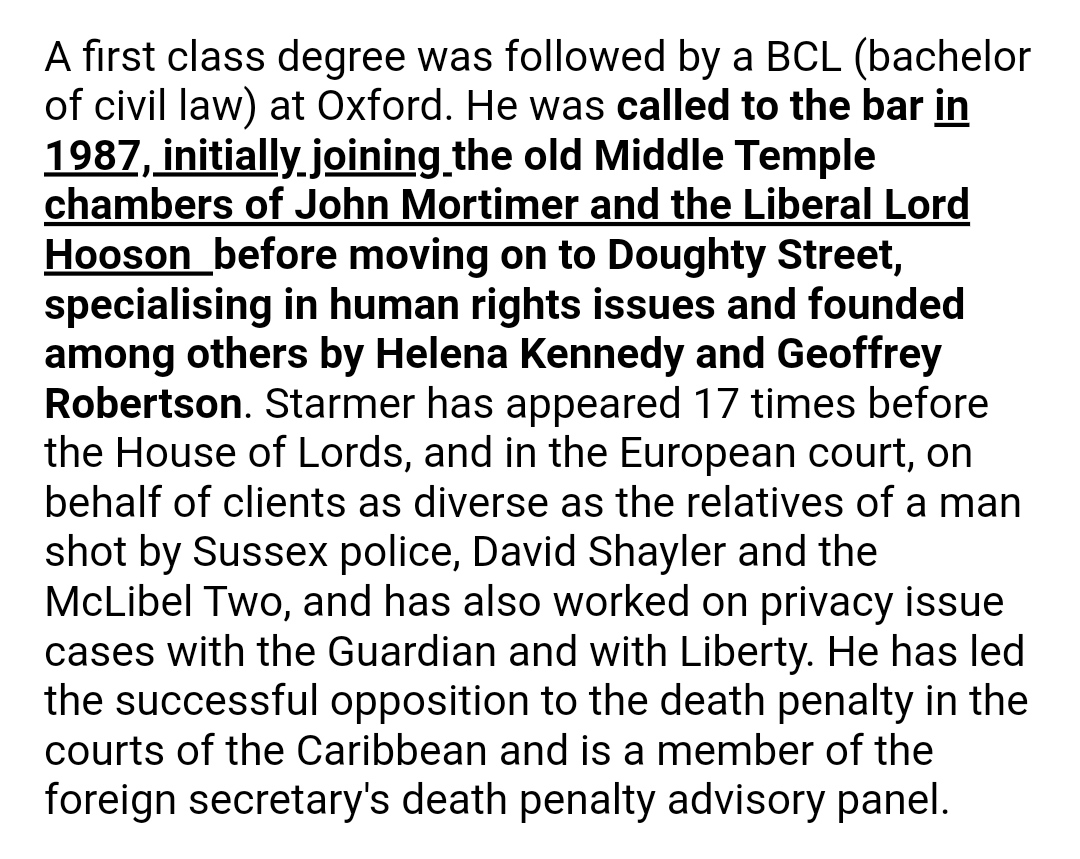 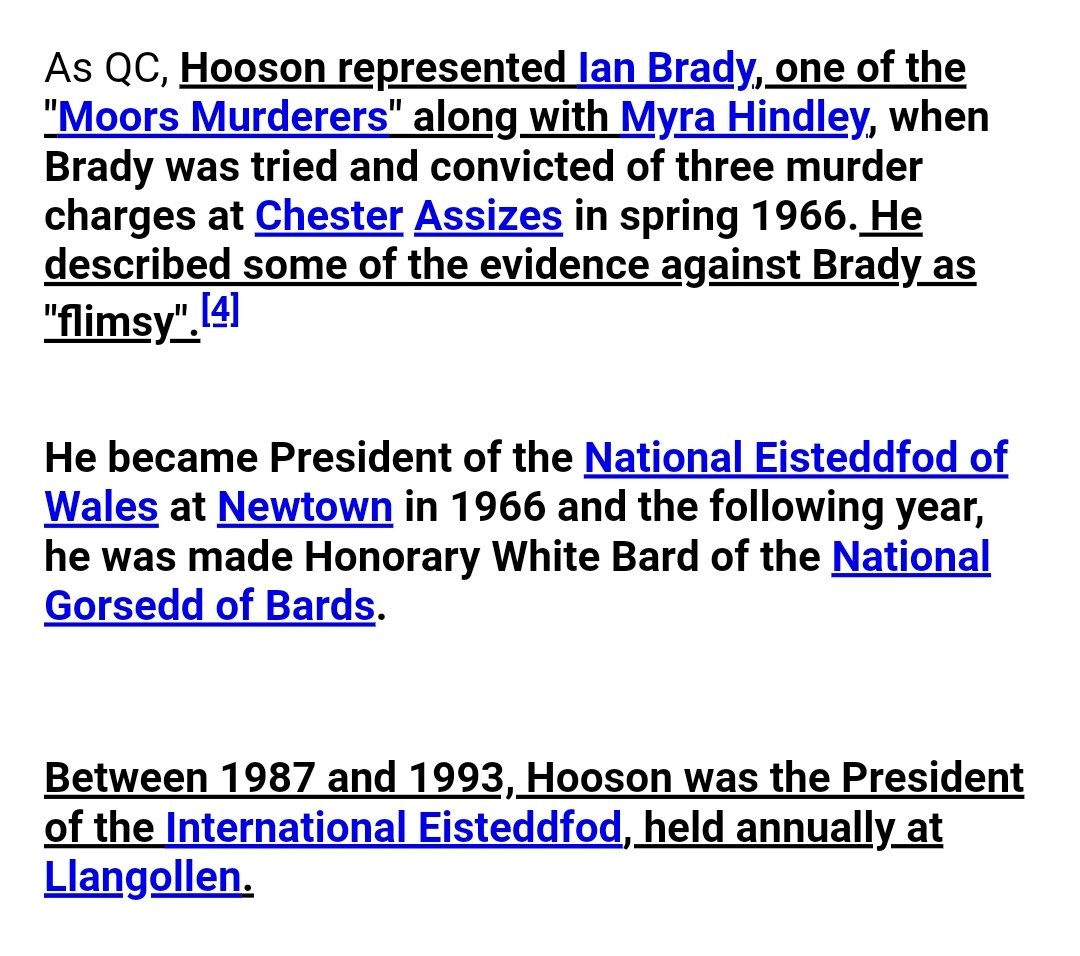 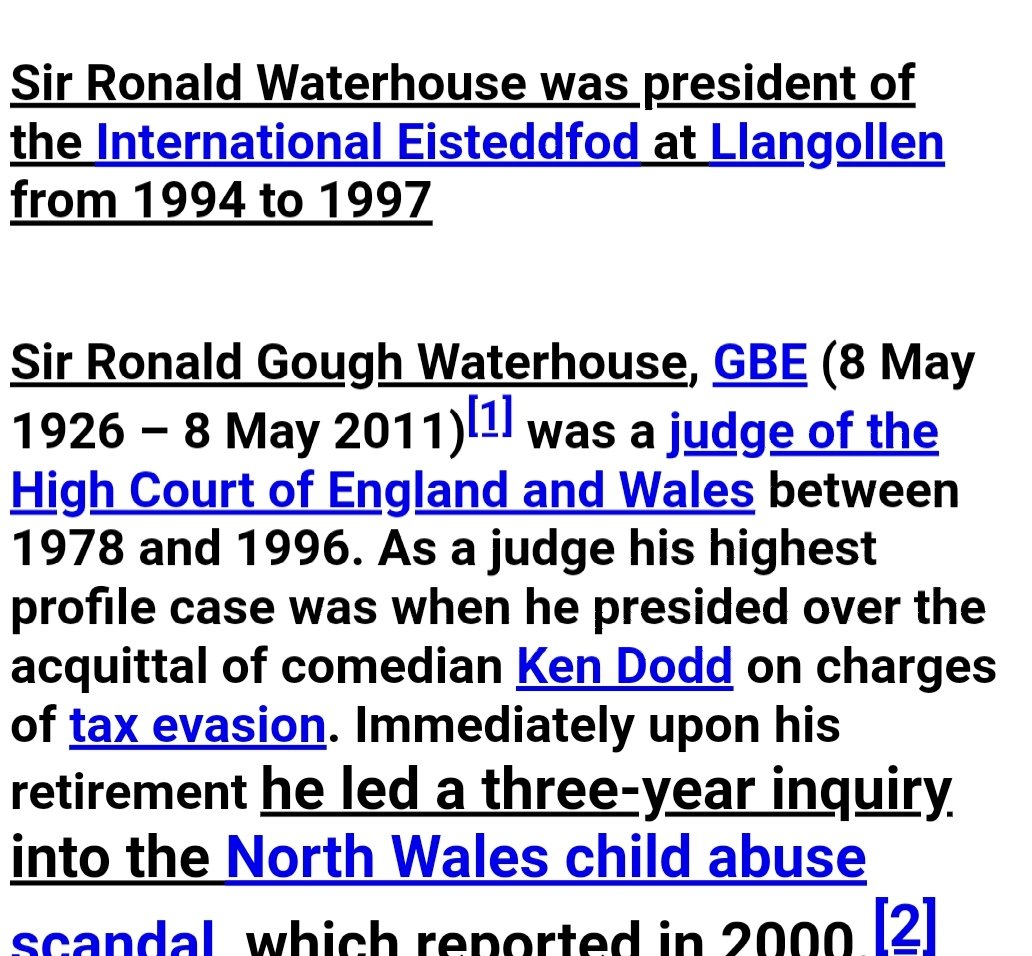