Read on Twitter
On this day in 1948, Jeju residents organized an armed rebellion for a unified Korea & one free of US occupation. The rebellion was suppressed, and the crackdown, now known as the Jeju Massacre, stretched for years, killing an estimated 30,000 residents. 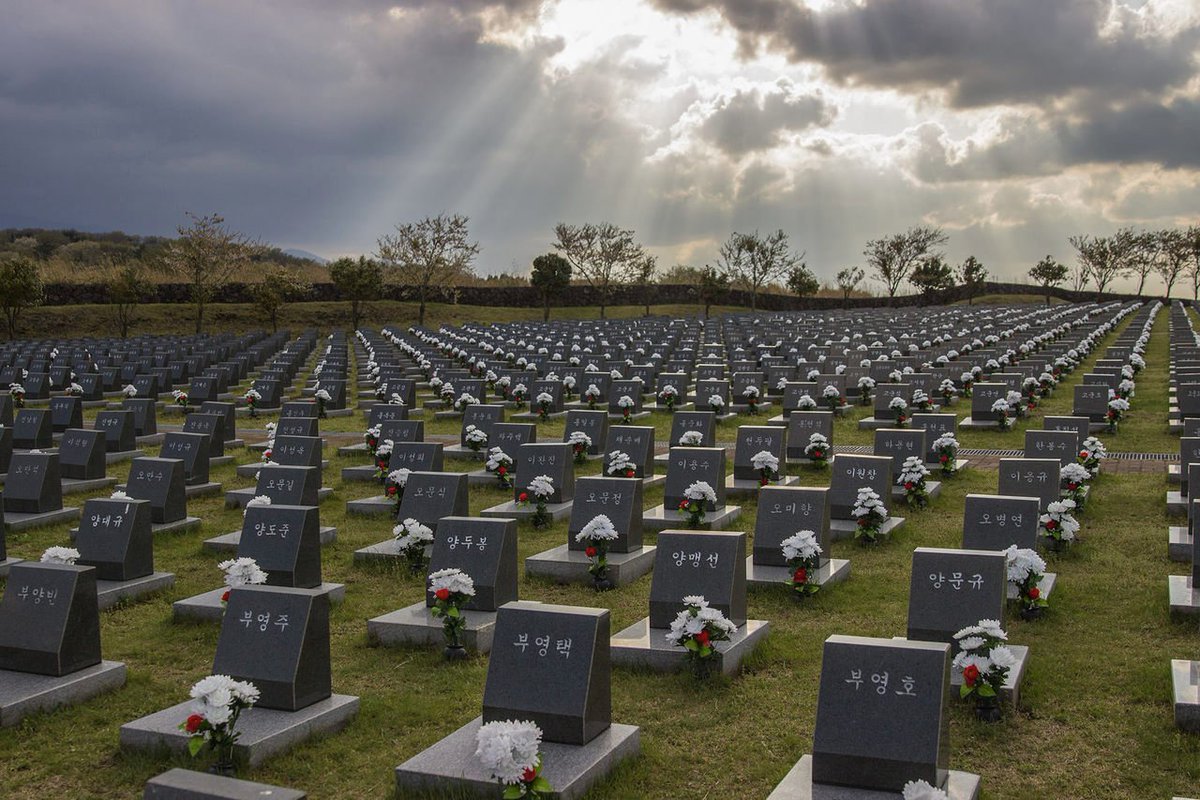 Post WWII and liberation from Japanese colonization, the southern hafl of Korea was occupied by the US military. The US Military Government in Korea (USAMGIK) oversaw the S Korean police & right-wing paramilitary collaborators who committed these atrocities.
USAMGIK declared with no evidence that the demonstrators were not Jeju residents but North Korean communists, and called for a scorched-earth policy.

“Cry of the Sky” (1991) by artist Kang Yo-bae depicts civilians forced from their villages during the scorched-earth operation. 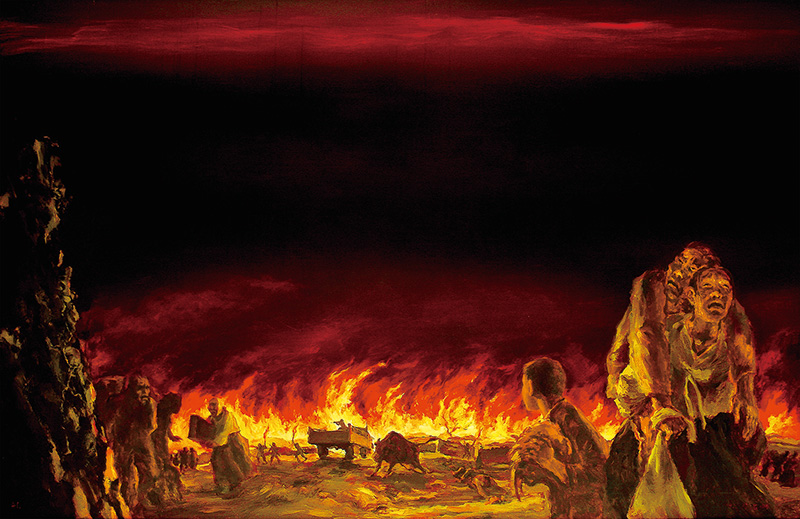 Entire villages were burned, and civilians including women and children were massacred in surprise raids. There are at least 154 known massacre sites on the island. By 1954, one tenth of the Jeju population had been killed and roughly one third had been displaced.
This history was officially suppressed through the National Security Act of 1948, which made any "pro-North" speech illegal. Because the demonstrators had been branded as N Koreans, even discussing the incident was considered a crime.
These stories only resurfaced publicly in the 80s and early 90s. While the S Korean government and police have since publicly apologized, the US military has not. Instead, the US continues to occupy Jeju, installing US navy warships despite resident protests.
Villagers in kayaks protesting against the visit of the USS Ronald Reagan to Jeju, South Korea, on October 11, 2018. Photo: Association of Gangjeong Villagers Against the Jeju Navy Base 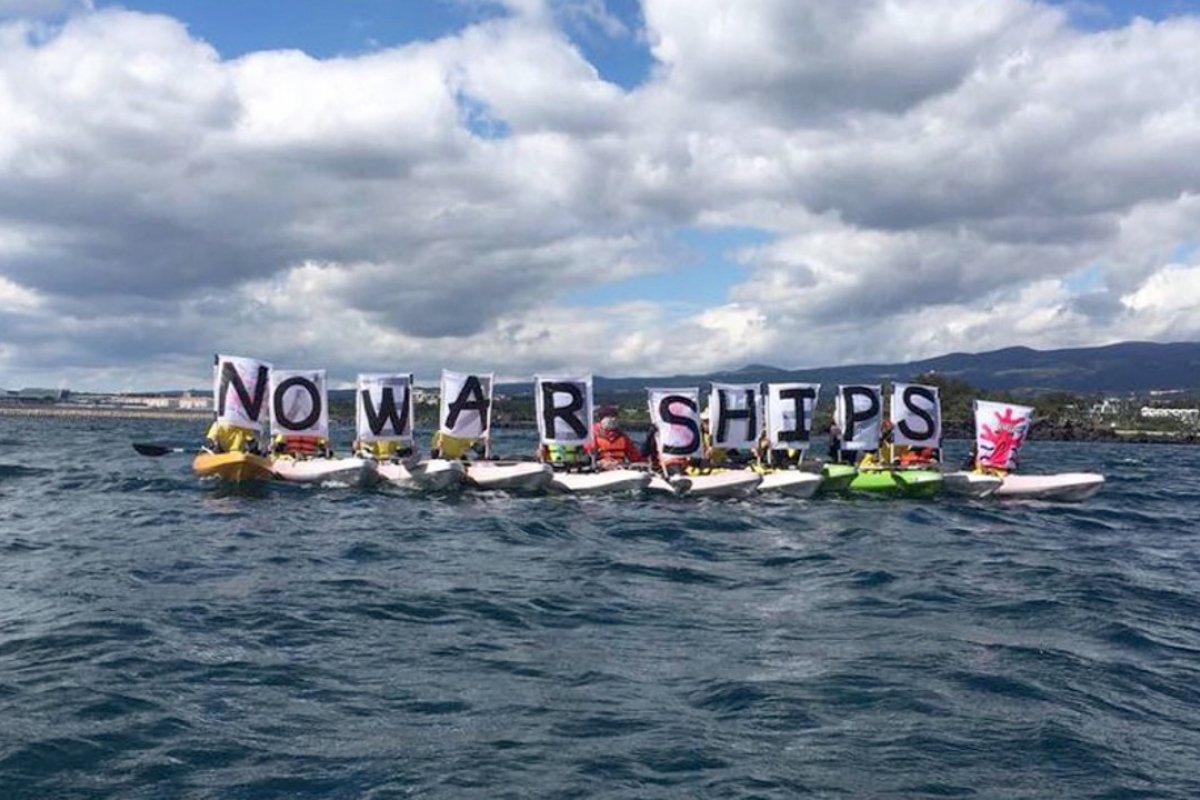 We stand with our people in Jeju and will continue to struggle together for a unified Korea free of US occupation.

We echo the call of the 1948 rebellion, “Resist against oppression!”
Parts of the official report from the Jeju 4.3 Peace Foundation which was started to investigate the detailed and true history of the Jeju uprising and massacre can be found here: http://jeju43peace.org/historytruth/fact-truth/
Fact&Truth - From Truth to Peace Jeju 4·3 http://jeju43peace.org/historytruth/fact-truth/
You can follow @nodutdol.
Tip: mention @twtextapp on a Twitter thread with the keyword “unroll” to get a link to it.