Read on Twitter
As if there wasn’t enough bad news out there, this story from @robantle and @CochraneCBC is one of the more depressing things I’ve read

It is also utterly unsurprising to anybody who has pays attention to Newfoundland politics #cdnpoli #newfoundland
1/14 https://www.cbc.ca/news/politics/newfoundland-labrador-oil-pandemic-covid-coronavirus-dwight-ball-1.5516620?__vfz=medium%3Dsharebar
How the pandemic and an oil crash cratered Newfoundland and Labrador's finances | CBC News

His province was reporting just four cases of COVID-19 when Newfoundland and Labrador Premier Dwight Ball wrote the prime minister to warn that his province was about to go under.

https://www.cbc.ca/news/politics/newfoundland-labrador-oil-pandemic-covid-coronavirus-dwight-ball-1.5516620?__vfz=medium%3Dsharebar
The proximate cause of this crisis of course, the cratering of world oil prices. A 2/3rds drop from the projected price of your primary revenue generator will do that to you 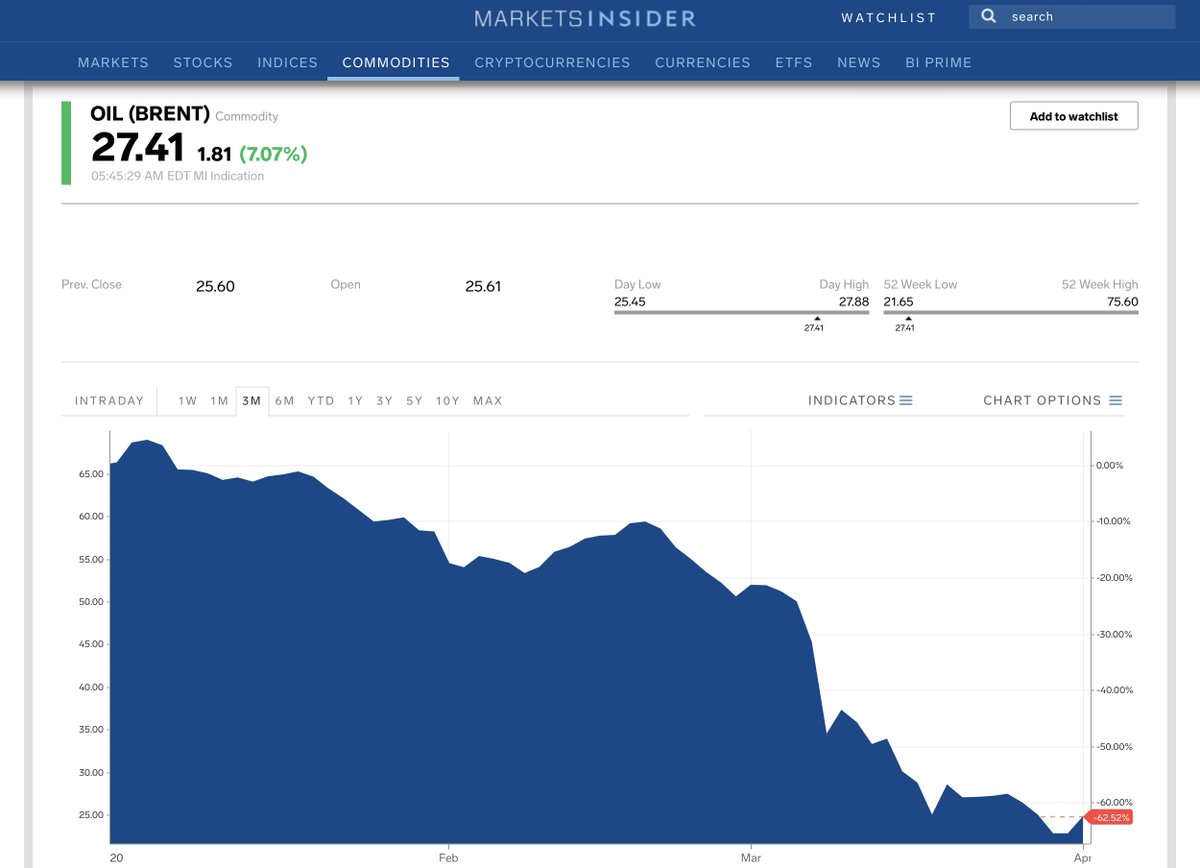 https://www.statista.com/statistics/444816/canada-median-age-of-resident-population-by-province/
3/14
So yes, the deck has been stacked against Newfoundland largely due to forces outside its control & the province will at some point r require a large federal bailout in order to provide even basic services

But a first step should be looking in at what we CAN control...
4/14
...take the size of Newfoundland’s public sector relative to the private sector is also out of control. 29% of workers in Newfoundland are in the public sector. The overall Canadian average is just 20%

5/14
At the risk of invoking the dreaded ‘R’ word, the province must also reckon with the fact that too many rural communities have beocme economically non-viable & unaffordable to serve.

We cannot indulge in romanticism any more. This has to change.

6/14 https://www.theglobeandmail.com/news/national/newfoundland-outports-relocation/article36275746/
Is the sun finally setting on Newfoundland’s outports? How one community wants to move on

After holding out for decades, the aging residents of Little Bay Islands may finally surrender to relocation –​ an option many other rural communities are reluctantly embracing with the province’s...

https://www.theglobeandmail.com/news/national/newfoundland-outports-relocation/article36275746/
Ironically, the only recent Premier to even attempt to right-size Newfoundland’s toxic finances was @DwightBallNL

Unfortunately he was beaten back by the fairy tales woven by the usual suspects: the protest mongering activists & public sector unions
7/14 https://theindependent.ca/2017/01/12/the-ball-governments-attack-on-n-l-society/
The Ball Government’s attack on N.L. society

The Liberals' book tax is part of a bigger, disturbing pattern.

https://theindependent.ca/2017/01/12/the-ball-governments-attack-on-n-l-society/
Now I’m a proud Newfoundlander but I’m also self-aware when it comes to a toxic part of our political culture - the corrosive habit of blaming ‘Canada’ for our problems

We even launched a Royal Commission to channel this passive-aggressive grievance
https://www.gov.nl.ca/publicat/royalcomm/intro.pdf
8/14
Later, we elected a power-abusing, narcissistic, self-dealing proto-Trump named Danny Williams who used this grievance culture to build a personality cult that included convincing Newfoundlanders that our problems were all Stephen Harper’s fault
9/14

https://bondpapers.blogspot.com/search/label/cult%20of%20personality?m=0
In fairness Williams was about more than just thuggery & jingoism - he also was a profligate & reckless fiscal manager who squandered NFLD’s boom times, rather than prepare for an inevitable downturn

He must share in the blame for this predicament
10/14 https://www.fraserinstitute.org/blogs/government-spending-the-problem-in-newfoundland-and-labrador
Government spending—the problem in Newfoundland and Labrador

In the last 37 fiscal years, the province has only posted seven budget surpluses.

Shattering that belief & letting a province fail would be ruinous
11/14
The politics of a bailout will surely suck. In fact, any intervention by the federal government to save Newfoundland will create new strains on an already fracturing confederation

Other are also hurting. What will an out-of-work Albertan think about the outlay required?
12/14
I love my homeland. I will be proud to call myself a Newfoundlander until the day I die

But I will not forgive a political class that has become far too comfortable ignoring fiscal realities while blaming outsiders for the consequences of their own decisions
13/14
We have a public health & economic crisis in front of us. This, rightly, will occupy policy makers for some time

But when the crisis ends, the world will be different. Newfoundland will be different. I hope all of us ensure that the changes ahead are for the better
14/14
You can follow @davidptarrant.
Tip: mention @twtextapp on a Twitter thread with the keyword “unroll” to get a link to it.