Read on Twitter
A THREAD! To keep track of the movies I’ve been watching under isolation #QuarantineWatchParty 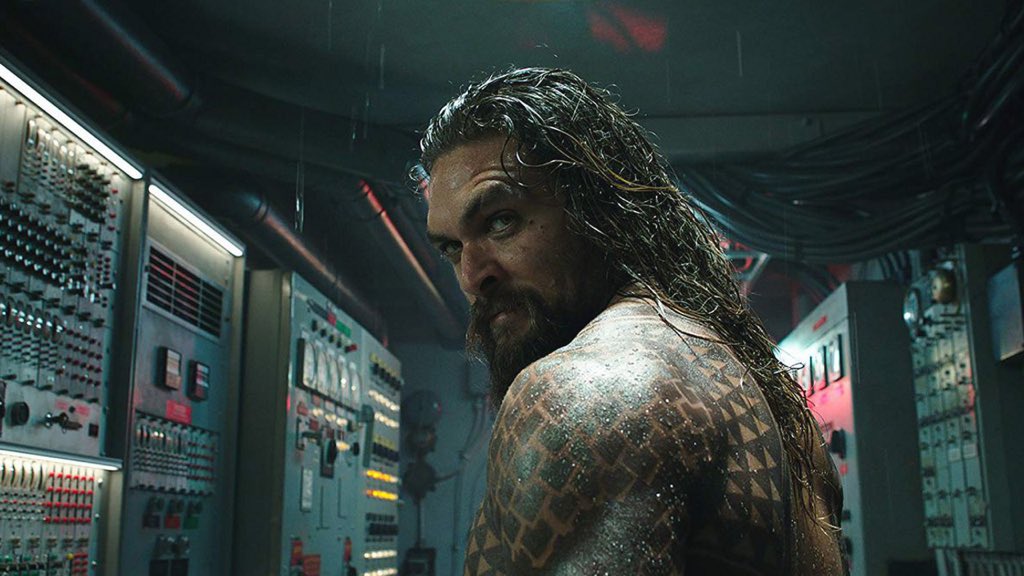 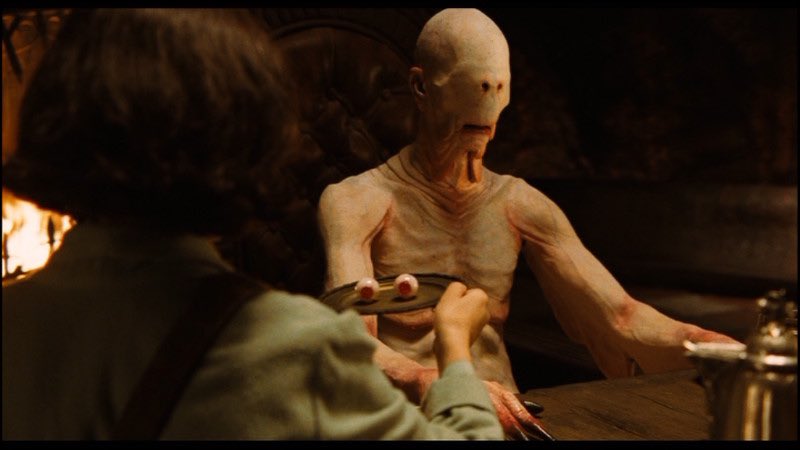 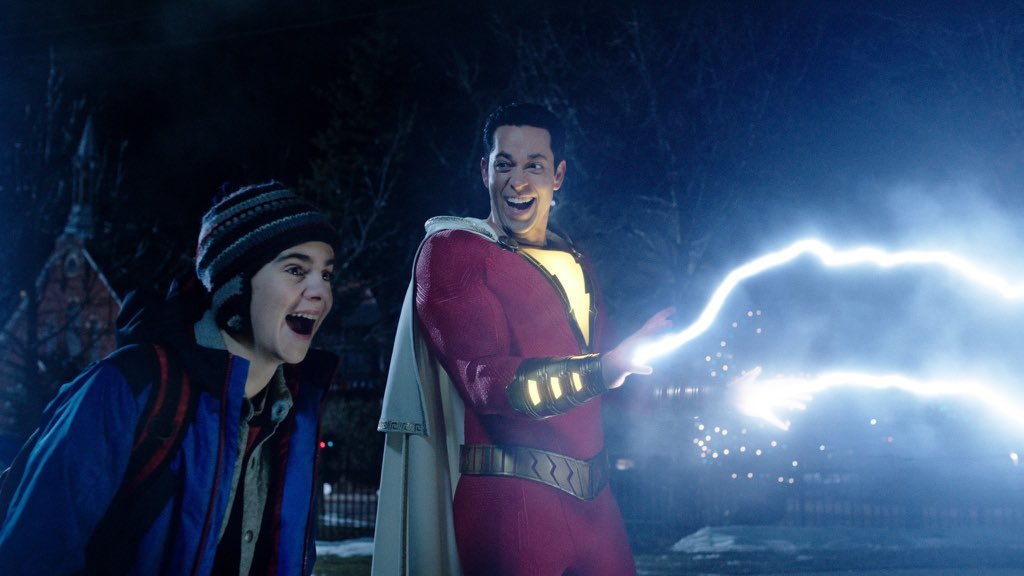 This one I’ve actually seen already w/ my great love

but I wanted to show it to my family.

Mom’s a big @LeoDiCaprio fan as all should be and I think it’s one of his better performances.

So I saw #StepBrothers (2008) for the first time with my real brother.

Classic? It’s hard to tell when Will Ferrell is literally wiping a drum set with his testicles... #QuarantineLife

I forgot to update this yesterday.

for my gfs birthday. No not that one, or that one... this one

Ahh, the things I do for love. Specifically get a free trial to the Hallmark channel just to watch it 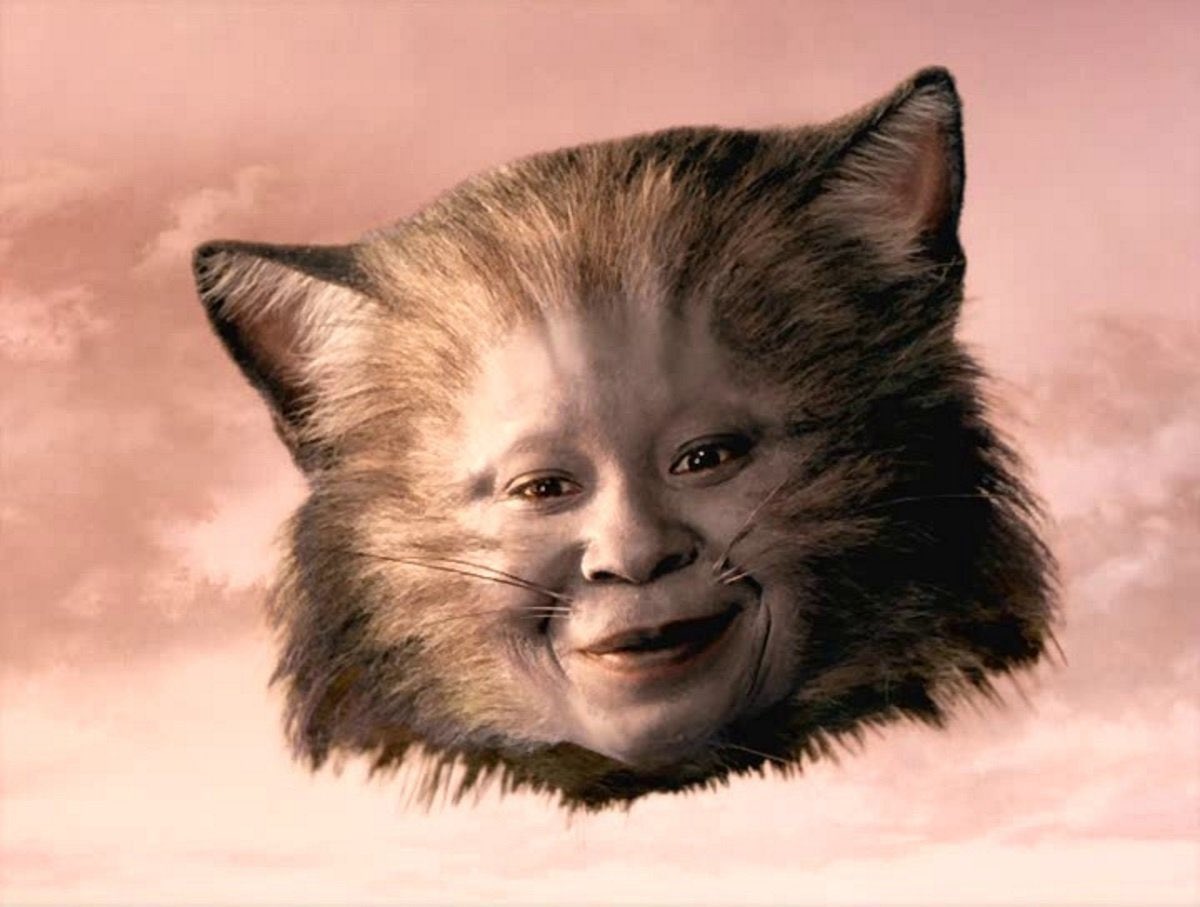 #NoTimeToDie was the 1st film postponed by the pandemic, but luckily that means I have more time to experience the classics finally!

This week, #Goldfinger (1964) A movie where a woman can be named Pussy Galore and still be [email protected]*ss? 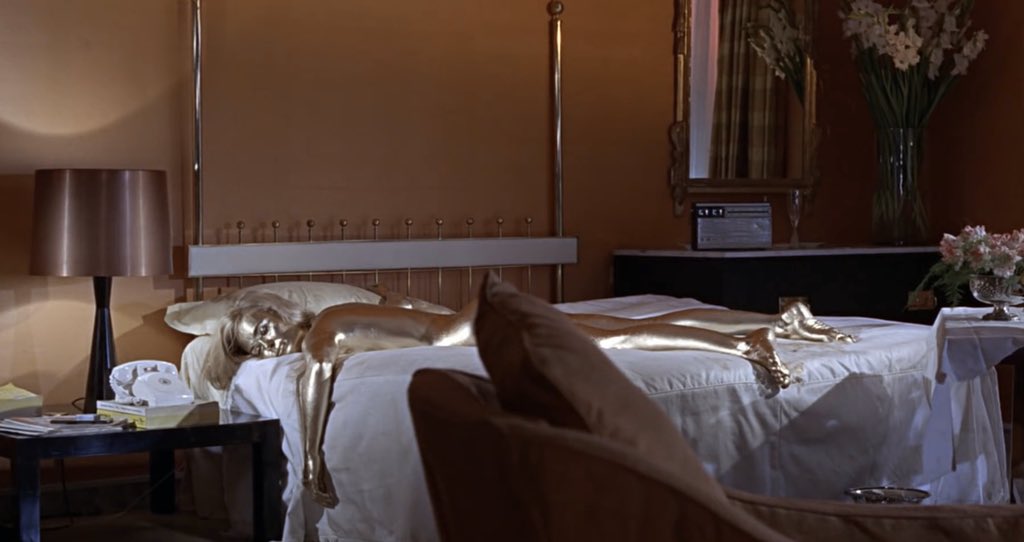 An inspiration for many classic pieces of media entertainment, including #KillBill and #IronFist! Amazon Prime seems to have gotten their version ripped from a VCR or something

Its a bit long but still epic. 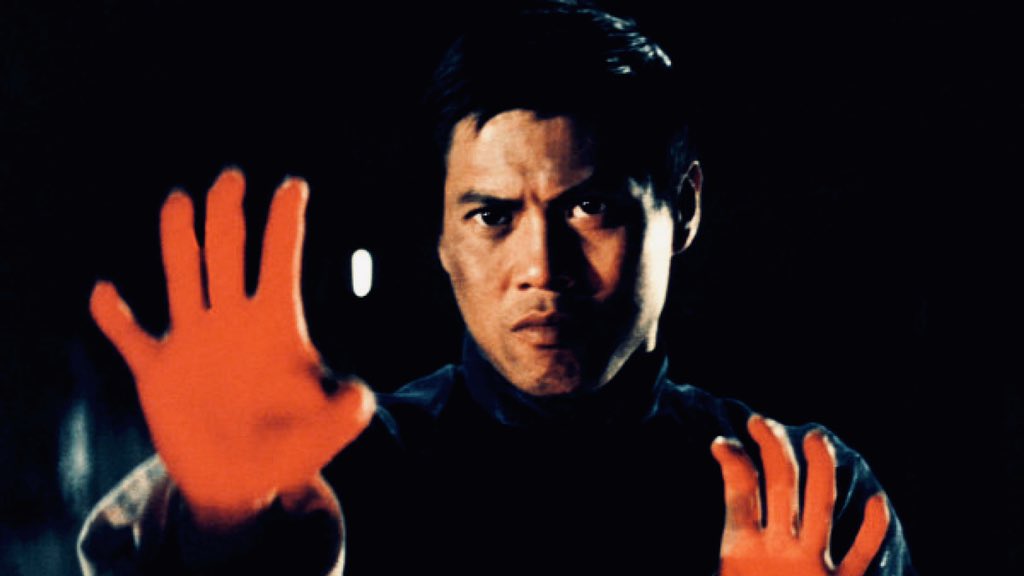 I think today’s gonna be a long day for this thread.

w/ my mom, both inspired by true events at the time of my childhood, so its good to learn about the world which I was then too young to understand. 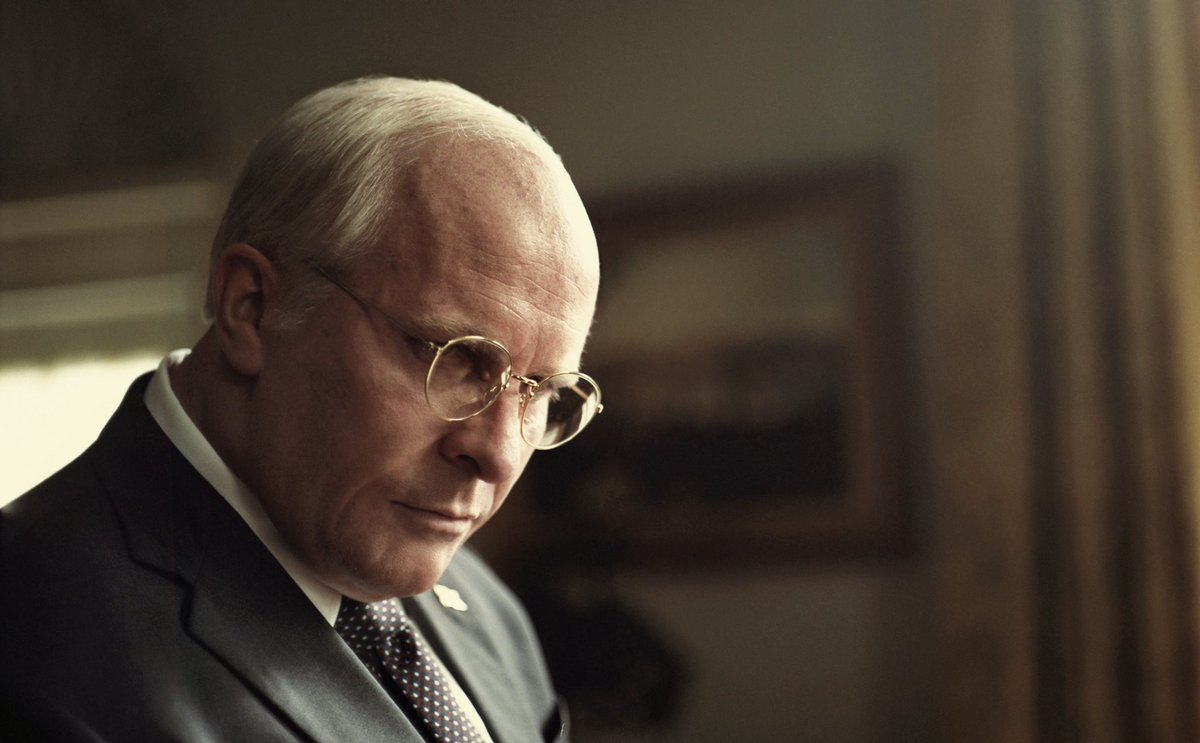 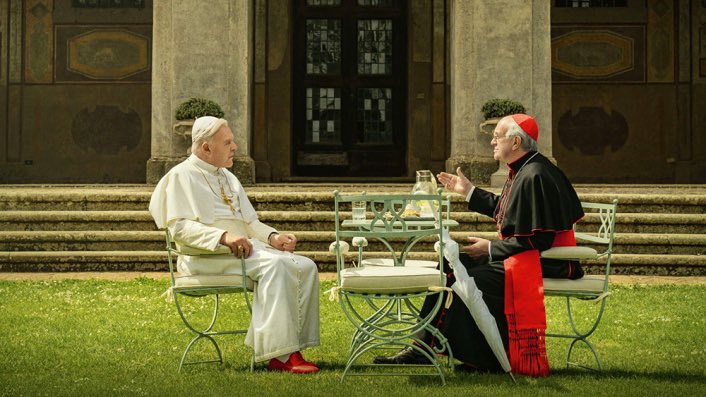 UPDATE: #TheTwoPopes (2019) is delightful! A really big fan of the script, & casting, and the way the stakes are implemented in a movie where two men just talk for 2 hours.

And whoever the gaffer was on some of that B&W cinematography...

HIGHLY RECOMMEND!
Idk what #TheMaster (2012) was but I’m sure @AnnaSpooky would still find a way to think Joaquin Phoenix is HOT in it 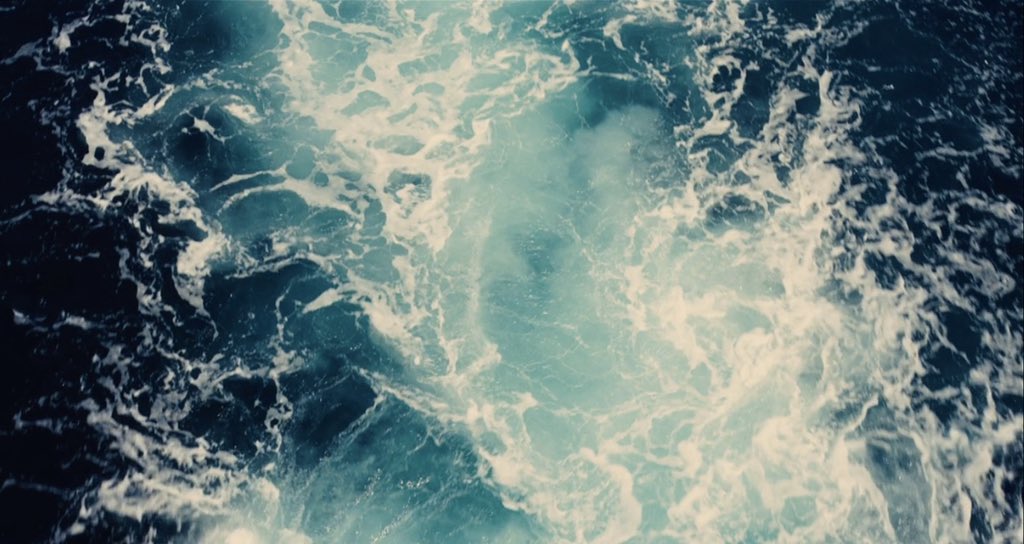 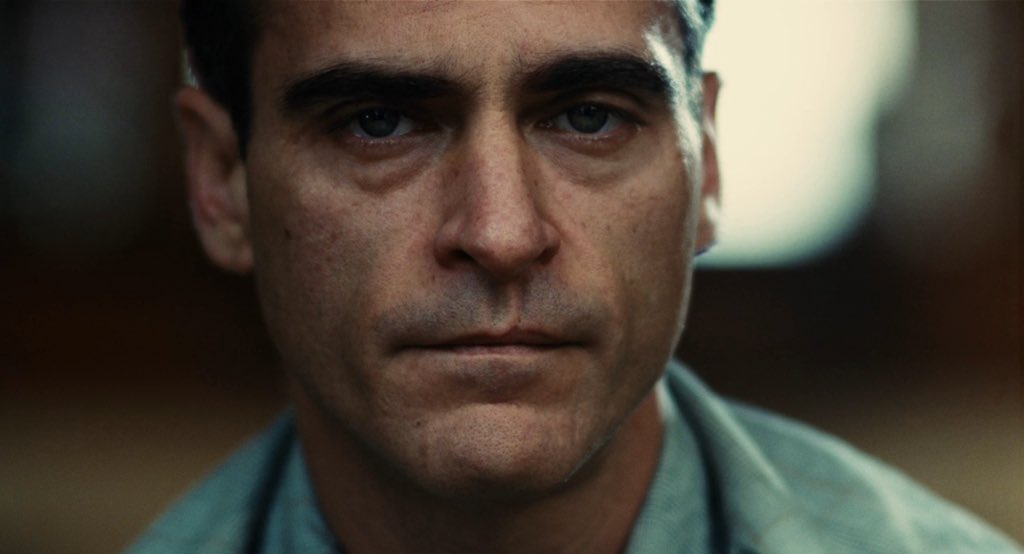 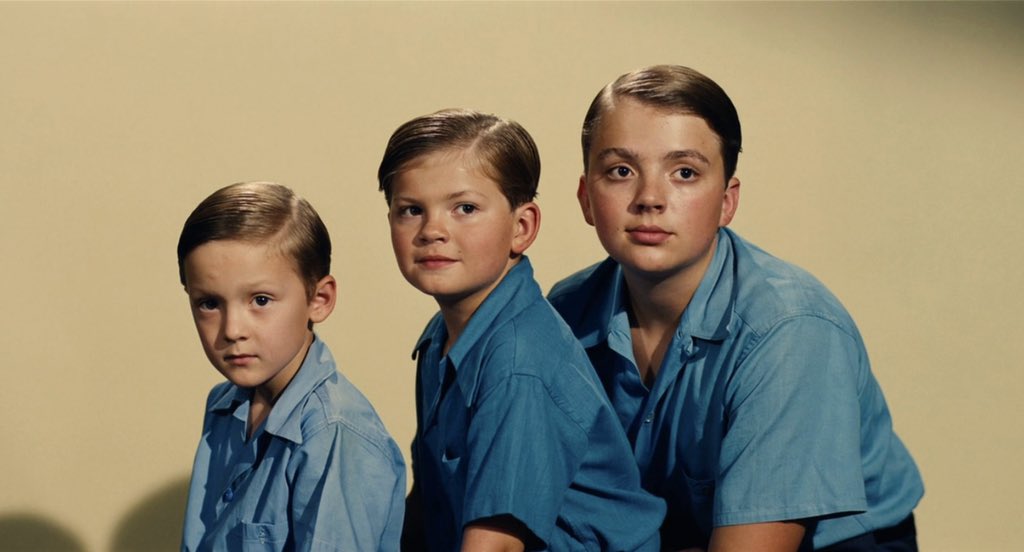 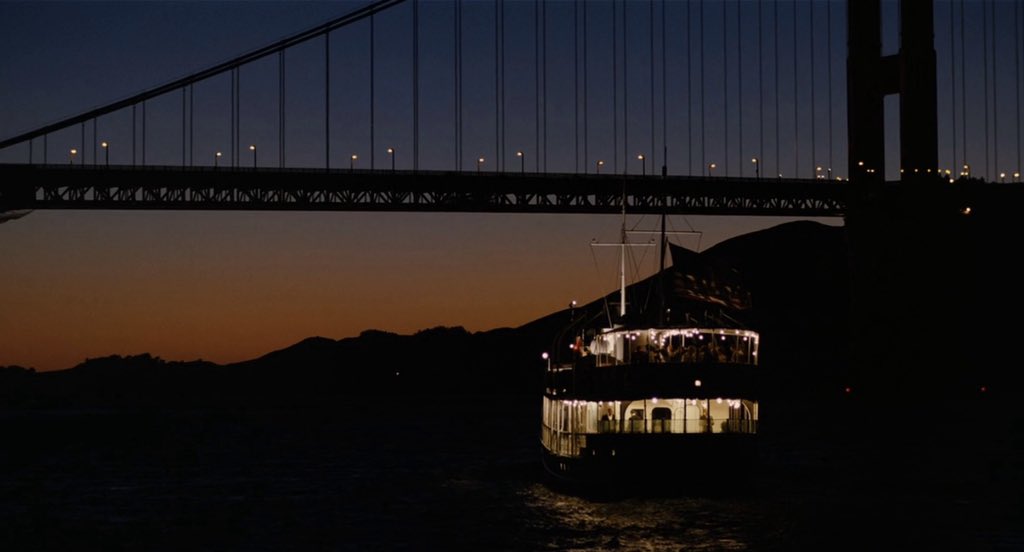 Finished #BlazingSaddles (1974) & I gotta say, it def could NOT be made today

plot was “just starting to get interesting” too, but it still has time to turn around

...aaaannnnd it didn’t. Maybe next time Bond. I haven’t seen a lot of old school 007 films but the misogyny in this one was... something else

its premise had so much potential too *sigh* #007marathon #TheSpyWhoLovedMe #JamesBond007

#DeathRidesAHorse (1967) Amazon, do better. The footage did NOT look like this on Prime

Things were cropped and I couldn’t even read all the names of the people who made it, & it was like 360p 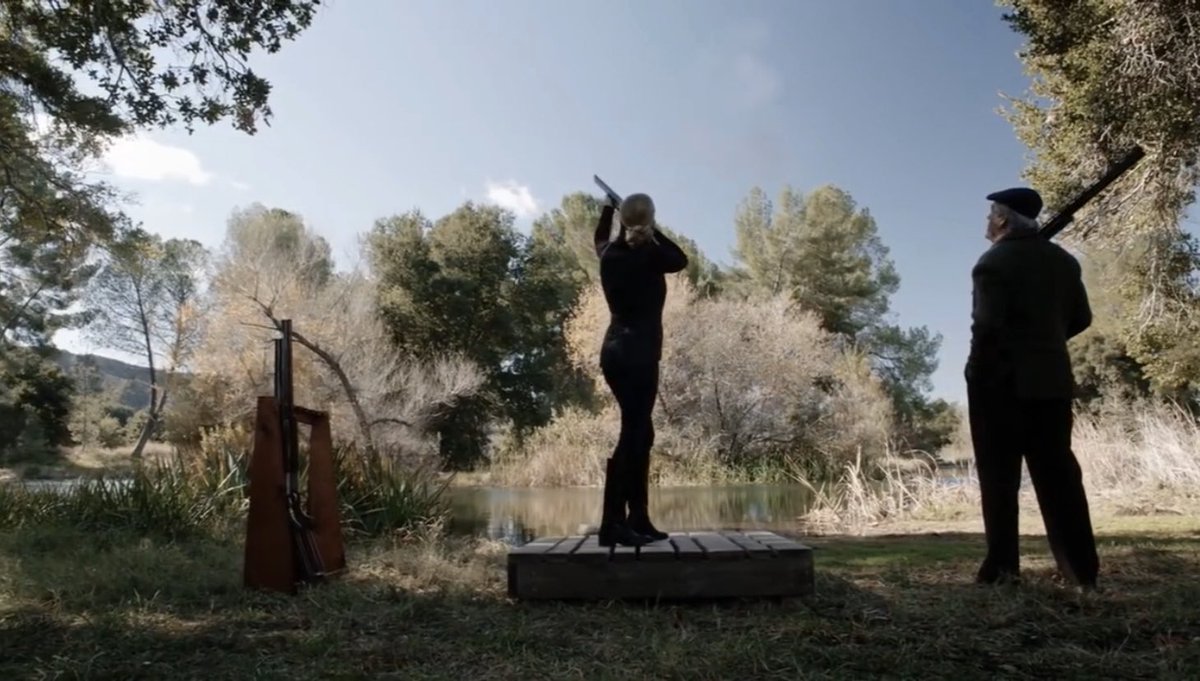 And I noticed I’m running through this series a little fast, but slowly discovering Connery’s Bond is actually pretty damn good. Hopefully I slow my roll a little since I got a lot of time before #NoTimeToDie

3rd Western of the week, this time for a class on Sound Design. That being said, here’s some beautiful stills from the film.

No Jim! Genesis is under quarantine!! Leave it alone!!! #TheSearchForSpock #StarTrek
I’ve been watching #StarTrek in chronological order for over 5 yrs now & I’ve barely reached this movie.

I really slowed it down after Star Trek TAS but after Voyager I think I’ll skip straight to Picard & give it a shot.

Me and my family did watch The #PassionoftheChrist (2004)

yesterday for Easter. Really concerned about the safety of Jim Caviezel during filming

He fell hard for real a couple times, and specific shots of them flipping over the cross w/ him on it must’ve hurt too

Behind on updating this thread. Decided to rent #TheLighthouse (2019) a bit ago and barely watched it the other day when it was added to Amazon prime

It was as weird and demented as I was hoping tbh, but I don’t think my partner enjoyed it the same way 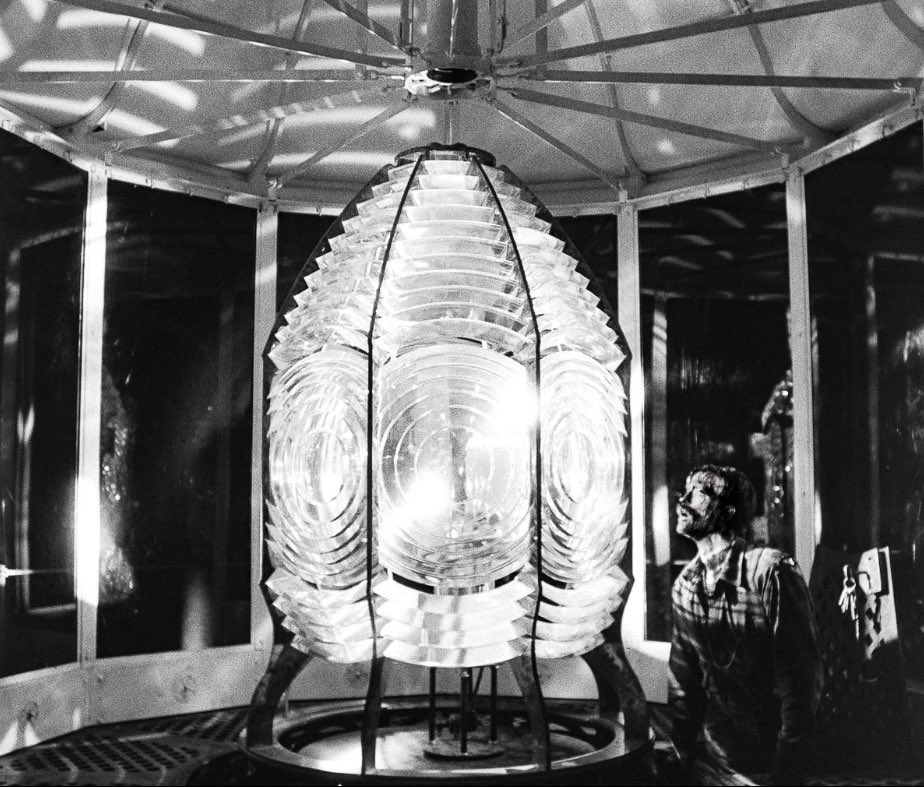 I know #QuantumOfSolace (2008) isn’t the best but I respect Olga Kurylenke as Camille compared to the other Bond girls I’ve seen so far. It wasn’t sexual even in the end. Just pure empathy and respect between to people who’ve suffered.

Also, not for a second did I believe that Denise Richards was a world leading scientist w/ the name of “Christmas”!

I think I need to ease off the Bond. I’ve seen like 5 different Skiing sequences and 3 of them were in this last movie alone

Tbh I almost even hated this one but those last 30 min picked up out of NOWHERE!

Just when I thought I was safe, Bond found another reason to go skiing, but with a [email protected] CELLO?!??

was the look on my face at the amount of restraint & class that was being displayed here compared to the 007 films that follow. I guess it’s just a side effect of watching these movies out of order

Its working so far though 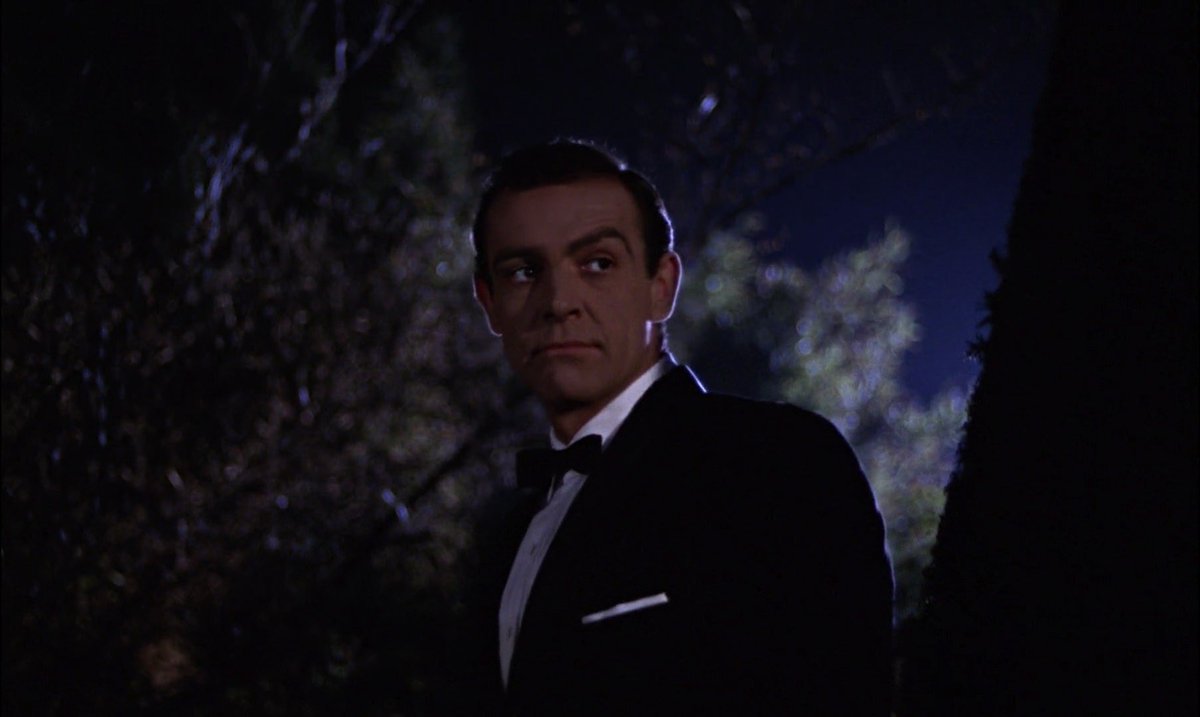 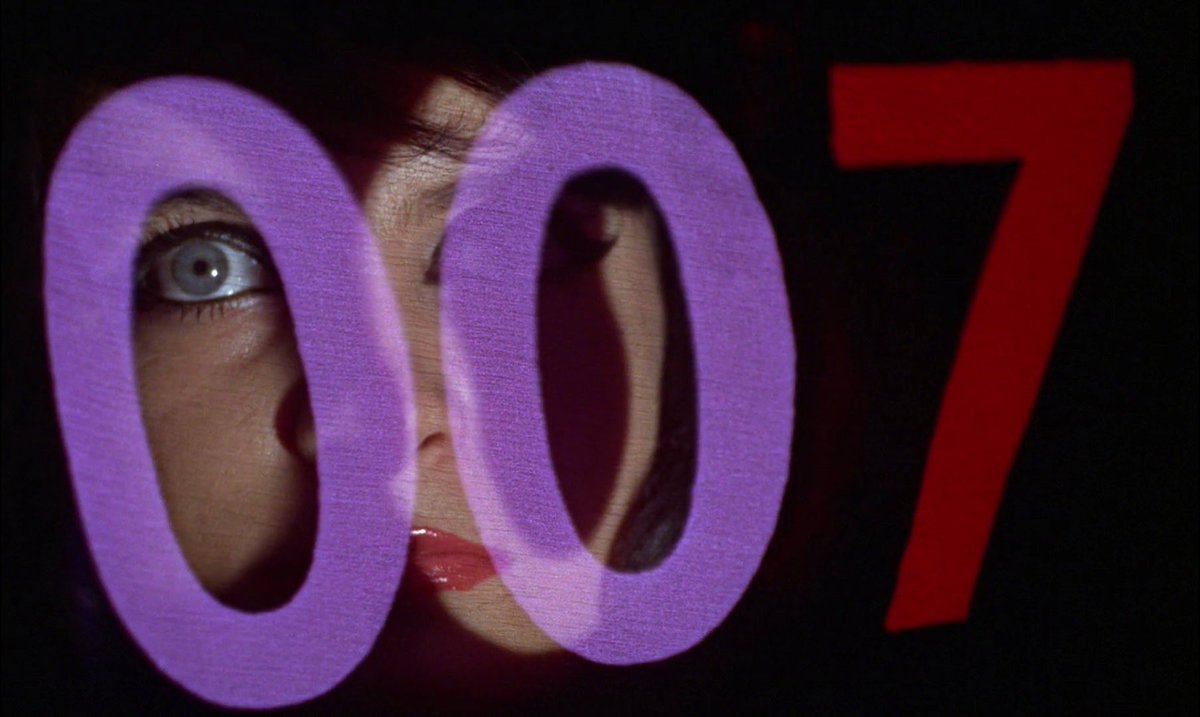 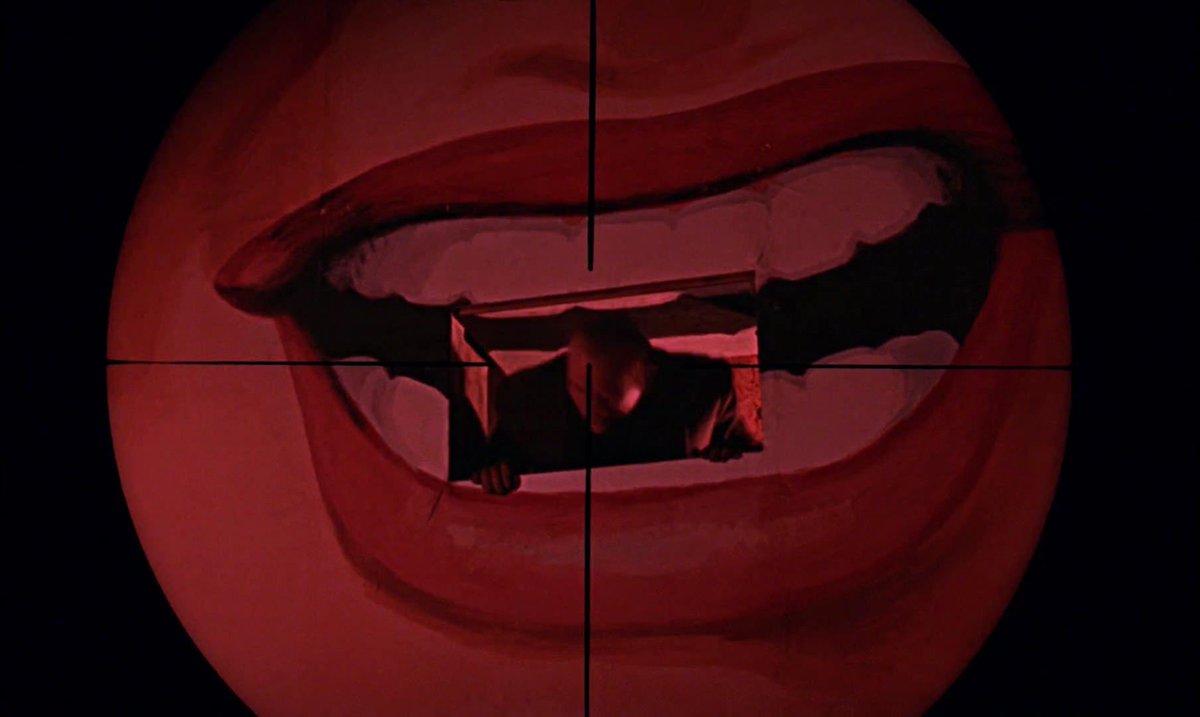 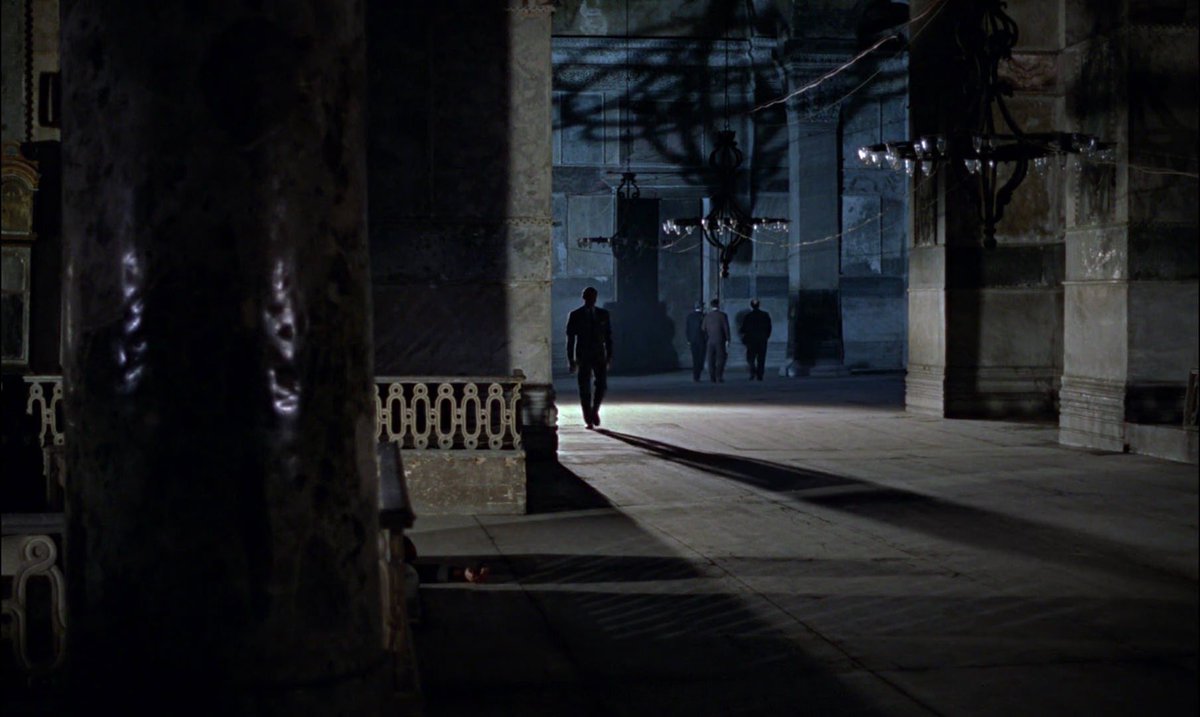 Also, two things. Sean Connery was totally Blofeld in this one right? And this dude totally looked like Daniel Craig as Bond :P 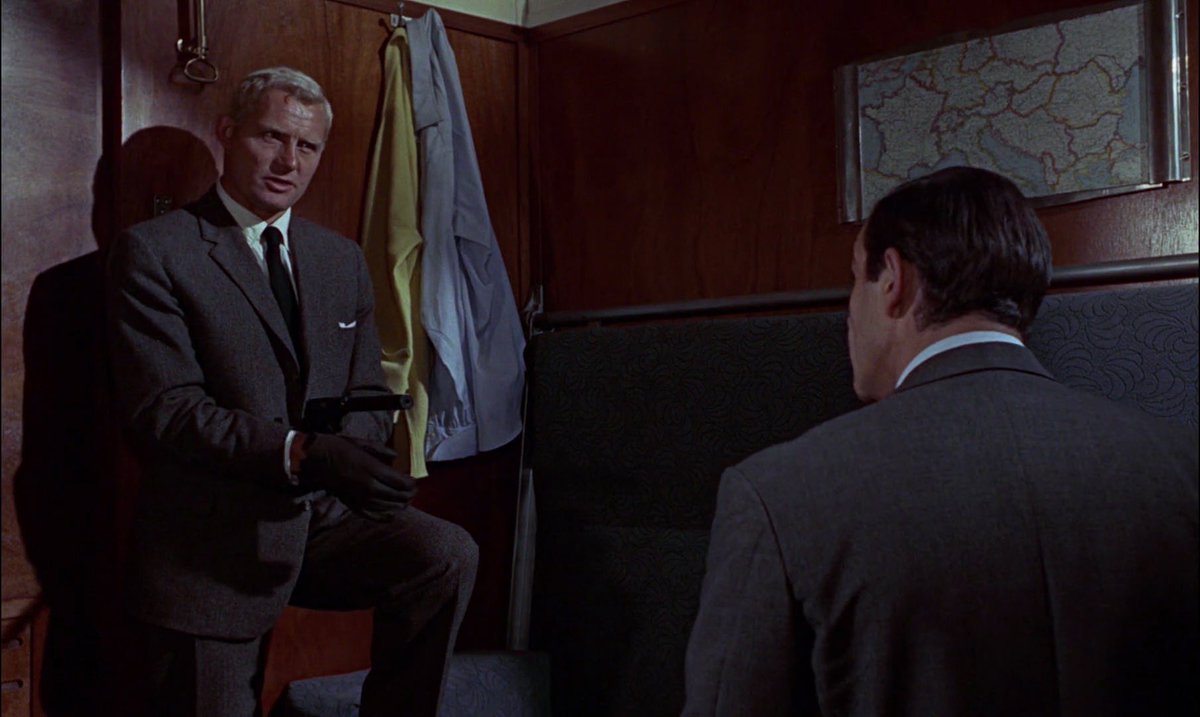 Just to clear some confusion

Blofeld makes an appearance elsewhere in the movie but they don’t show his face or reveal the actor in the credits, but he sounded like Connery to me. R. Shaw on the other hand looked a lot like Daniel Craig to me in this movie which I laughed at
[1/7] In honor of my 10th James Bond film here’s my rudimentary ranking so far:

#Bond25 #007marathon #JamesBond
[7/7] I’ve been watching these out of order so idk if that’s skewed my impression of these but I kinda like it this way. Watching either Skyfall or Moonraker next. Should be fun. #Bond25 #007marathon #JamesBond
#Skyfall (2012) Think if The Dark Knight was a Sherlock episode. I realized it was released for #Bond50 about 2/3rds in, & it works a lot better now that I’ve seen more Bond films to give moments context.

So many things in #ChildrenofMen (2006) that make me envious that I didn’t create it myself, INCLUDING the music choices. Life in a Glasshouse AND Bring on the Lucie in the same movie?!!?! Insanity... This has to be @alfonsocuaron’s best film. 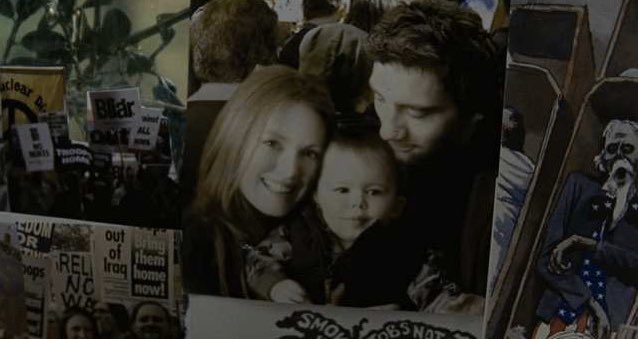 These 2 films go better together than I was expecting having never seen them before.

If you were to tell me today that one of Daniel Craig’s Bond movies was written during a writers strike, I’d have to guess Spectre (2015). Just finished it. Lazy, uninspired, predictable, offensive, convoluted, disregarding, flat, humorless, clumsy, stupid... #007marathon #Bond25 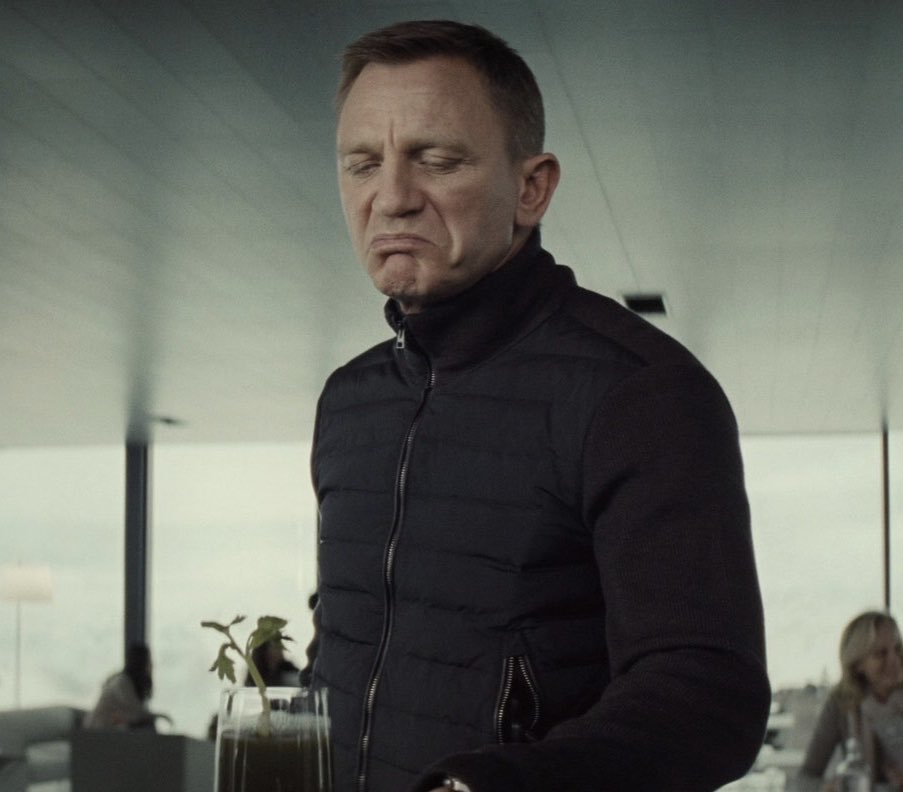 I’m so tired of posting on this thread. 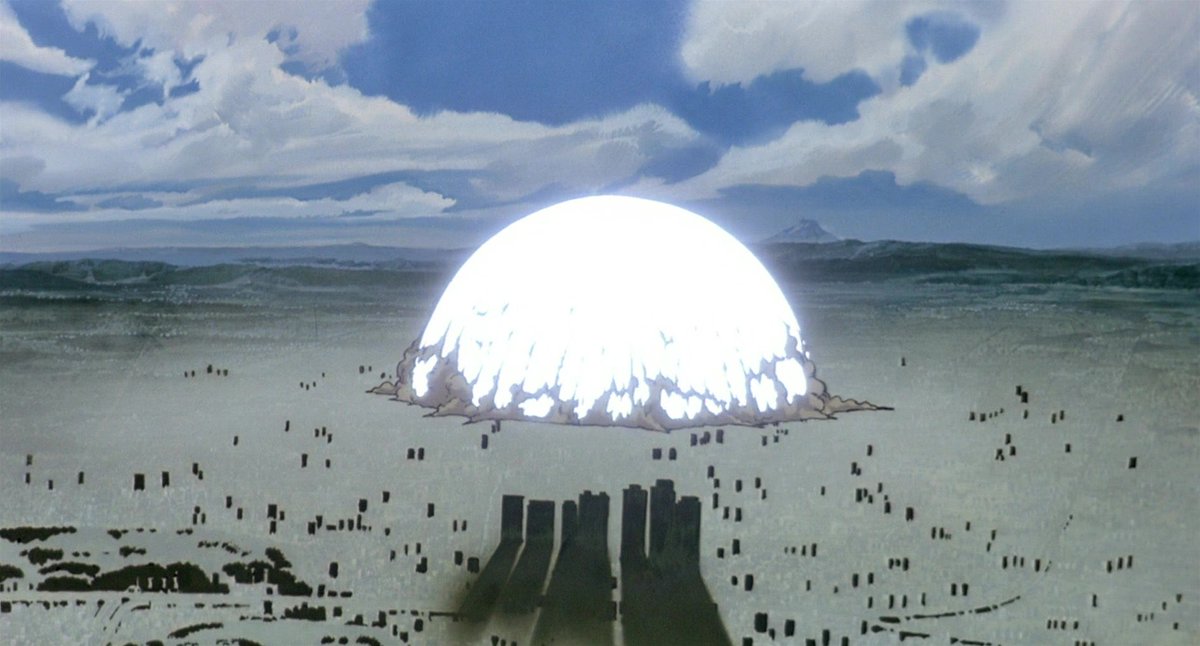 You can follow @tourist1997.
Tip: mention @twtextapp on a Twitter thread with the keyword “unroll” to get a link to it.