Read on Twitter
“The elections office of Florida's third-most populous county [Palm Beach] was breached by a crippling cyberattack in the weeks leading up to the 2016 election, NPR confirmed on Thursday.” By ⁦ @MilesParks⁩ - 2/13/20
1/ https://www.npr.org/2020/02/13/805708275/key-florida-elections-office-endured-cyberattack-ahead-of-2016-election
Key Florida Elections Office Endured Cyberattack Ahead Of 2016 Election

Palm Beach County, which has experienced myriad elections issues in recent years, says that its elections office was breached by a ransomware attack before the 2016 election.

https://www.npr.org/2020/02/13/805708275/key-florida-elections-office-endured-cyberattack-ahead-of-2016-election
2/ “There is no indication that the ransomware attack was connected to Russian interference efforts..., but the revelation about it now shows how election officials are preparing for this year's election w/o knowing all the details of what happened b4.”
3/ “The attack on Palm Beach County came to light during a Palm Beach Post editorial board interview with county elections supervisor Wendy Sartory Link.

‘Have we been hacked in Palm Beach County? Yeah, we have,’ Link told the paper.”
4/ “A spokesperson for the elections office also confirmed the attack to NPR.”
5/ “‘ It was in 2016, and as soon as Wendy found out about it, we went and did the necessary precautions to make sure that we were going to be 100% secure and safe,’ said Judy Lamey, an assistant public information officer for the elections office.”
6/ “Many details remain unclear about the [2016 Palm Beach county] attack, including how much data the attackers were able to access and lock up, and whether money was paid to unlock it.”
7/ “Link, the elections supervisor, only learned of the attack after a change of leadership within the county election office's information technology department.”
“Longtime IT manager Jeffrey Darter was fired in November of last year after he was arrested on child pornography charges. His acting replacement, Ed Sacerio, mentioned the hack to Link.” 8/
“Sacario told The Post that Darter dealt with the issue himself so he didn't know many details, but that he didn't think it affected voting information or election results.” 9/
“Darter called Sacario at one point and screamed at him to ‘shut down all the servers!’ Sacario told The Post.” 10/
“According to Link, details of the [ransomware] attack [on Palm Beach county in 2016] were kept secret even from law enforcement and state government officials.” 11/
“Link told The Post that she ‘called the state, they didn't know about it. FBI didn't know about it. Homeland (Security) didn't know about it.’

According to the Tampa Bay Times, the office was infected with a type of ransomware known as a zepto virus.” 12/
13/ “It's not the first detail about an elections cyber breach in 2016 to come out belatedly.

Members of Congress, the public, & even FL’s governor learned that two counties in FL were breached by Russian attackers only from reading ...Robert Mueller's report last year.”
14/ "This chaotic dribs & drabs of information that's coming out is doing more harm to our constituents' faith in the electoral system than just coming out and providing some information," said @RepStephMurphy, a Democrat who represents Florida's 7th District, at the time.”
“There are no federal disclosure requirements for localities when they are breached. So the possibility remains that even more local election offices across the country have dealt with similar breaches, or even ransomware, that the public doesn't know about.” 15/
“At a press briefing last year about the Mueller report news, Rep. Michael Waltz, a Republican who represents Florida's 6th District, was asked if he thought there were more U.S. counties breached in 2016 that the public still doesn't know about.

‘It's possible,’ he said.” 16/
In sum, there was a ransomware attack on Palm Beach County’s election office in 2016, & the IT manager at the time was into child pornography & didn’t tell authorities about the attack, which we are learning about for the 1st time now.

I’m sure he handled it. Move along. 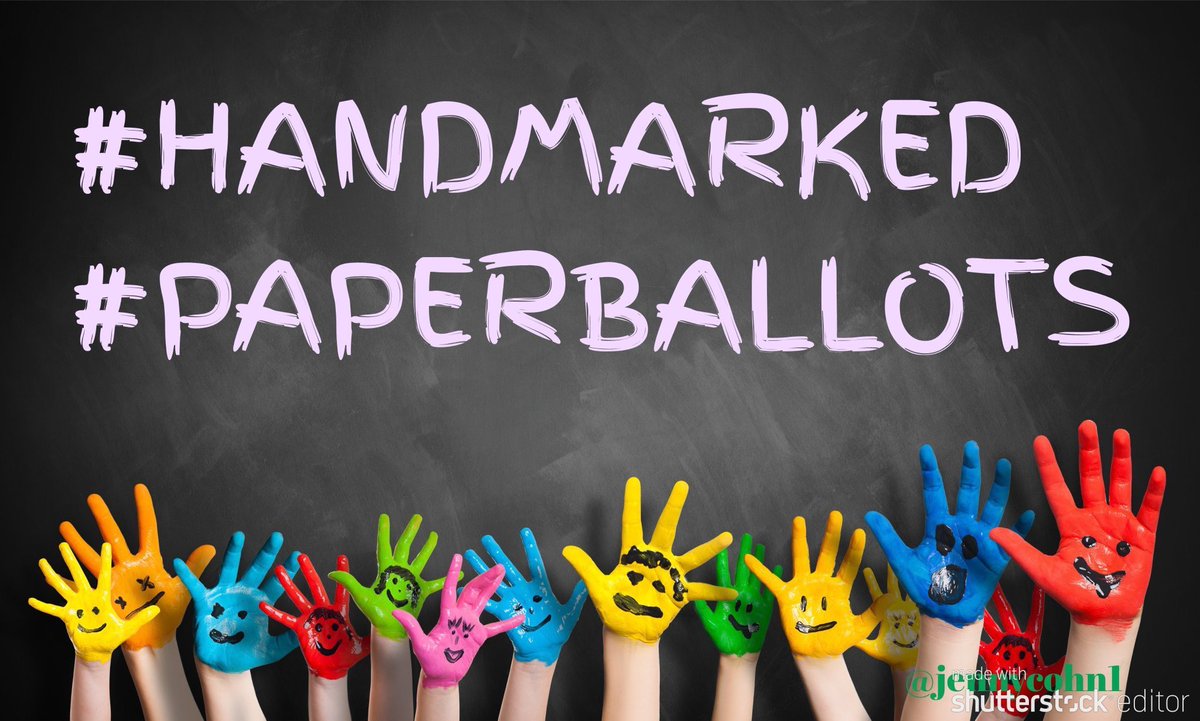 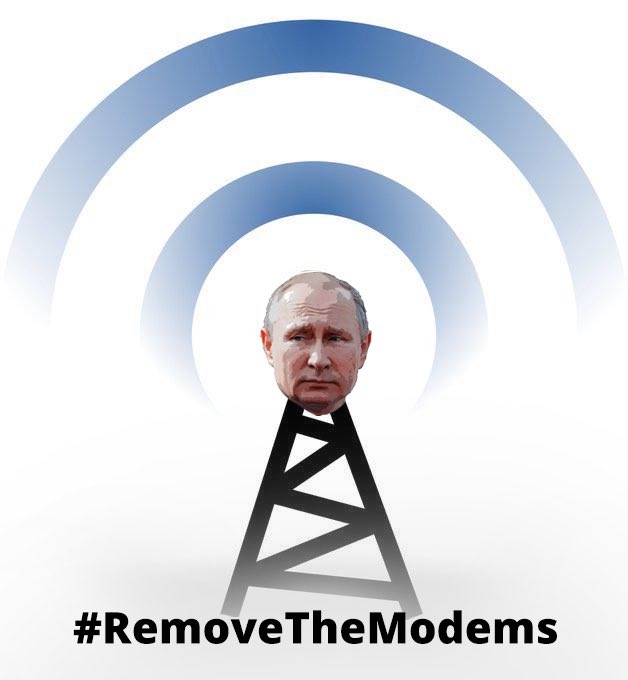 “The attack only came to light recently after Jeff Darter, the former IT director of the Palm Beach County Elections Office, was fired after he was charged w/ possession of child pornography....” https://www.bankinfosecurity.com/ransomware-hit-florida-voting-system-in-2016-a-13721
Ransomware Hit a Florida Voting System in 2016

Election officials in Palm Beach County, Florida, revealed this week that its voter registration system was hit by ransomware in the weeks leading up to the 2016

https://www.bankinfosecurity.com/ransomware-hit-florida-voting-system-in-2016-a-13721
21/ “Following Darter's dismissal, Ed Sacerio, the 2d in command in the department, revealed the attack to Link.

Link told the newspaper Sacerio told her: ‘One thing I don't know is about ... what happened w/ the hack we had back (in 2016), to know if that's still a problem.’”
22/ “She said she replied: ‘I'm already reeling from the fact that we just lost our IT director, and now you're telling me that there was a hack that no one bothered to share?’

Link added that it does not appear the FBI or Homeland Security was notified of the attack...”
23/ “Palm Beach officials didn't offer details about the ransomware strain that hit the voter registration system. Sacerio said that at the time of the attack, a colleague noticed some files disappeared and certain Microsoft documents were encrypted, according to the newspaper.”
24/ “Despite the fact that some data may have been exfiltrated, Sacerio told the newspaper that it does not appear that the attack affected voter information or election results.”

[And he knows this how????]
25/ Investigators “allege Jeffrey Darter's WORK COMPUTER at the elections office contained images and video of pornography, some of which might have been of minors, as well as images and video of Darter performing sex acts on himself at his desk.” https://www.palmbeachpost.com/news/20191219/former-county-elections-tech-manager-charged-with-possessing-child-pornography
Former county elections tech manager charged with possessing child pornography

Investigators found more than 170 images of child pornography on a thumb drive, a prosecutor told a judge Thursday.

A Florida elections official faces battery charges after the Palm Beach Sheriff’s Office said he shoved two deputies who had contacted him in reference to a child-pornography investigation.

Computerized Record Of Palm Beach Vote May Have Been Erased

https://www.cbsnews.com/news/florida-election-files-feared-lost/
28/ “The Chicago Tribune reported Wednesday that the erasure potentially violated state public records law but LePore said counties are not required to submit a copy of the files to the secretary of state.” - 2001
29/ “Jeff Darter, the county's IT manager, ... told the Tribune after it requested the computer files: ‘We have no problem giving them to you. They're just not there. If we had realized someone might have wanted to have them, we would have backed them up.’” - 2001
30/ Here’s another November 2019 child pornography arrest in the same area around the same time. I don’t know if it’s connected to Darter or not. https://www.briansilber.com/anthony-ray-robbins-of-west-palm-beach-fl-arrested-on-child-pornography-charges/
Anthony Ray Robbins of West Palm Beach, FL, Arrested on Child Pornography Charges

33/ Note: “Link said she does not believe the ransomware attack against the county [in 2016] is one of the two Russian hacking attempts in Florida revealed in former Special Counsel Robert Mueller's report last April.” https://www.palmbeachpost.com/news/20200212/exclusive-pbc-elections-office-hit-by-ransomware-before-2016-election
Exclusive: PBC elections office 'hacked' by ransomware in 2016

https://www.palmbeachpost.com/news/20200212/exclusive-pbc-elections-office-hit-by-ransomware-before-2016-election
34/ “Link described Wed. ...what she learned about the incident—which she said happened in Sept. 2016, btwn the August primary & the Nov. general election—in a telephone interview that also included 2 of her office’s employees who were there at the time.” https://www.govtech.com/public-safety/Ransomware-May-Have-Hit-Florida-Elections-Office-in-2016.html
Ransomware May Have Hit Florida Elections Office in 2016

A ransomware attack may have hit the Palm Beach County Supervisor of Elections Office in 2016, corrupting some of the agency’s data, and the potential incident was not reported to state or federal...

https://www.govtech.com/public-safety/Ransomware-May-Have-Hit-Florida-Elections-Office-in-2016.html
35/ So this is the same time frame as @VickerySec’s discovery.

“Link’s predecessor, Susan Bucher, said Wednesday evening what was described by Link never happened.
‘I can swear on a stack of Bibles that our county was never ransomwared. It is irresponsible 4 the supervisor [Link] to scare our voters.... https://www.govtech.com/public-safety/Ransomware-May-Have-Hit-Florida-Elections-Office-in-2016.html
Ransomware May Have Hit Florida Elections Office in 2016

A ransomware attack may have hit the Palm Beach County Supervisor of Elections Office in 2016, corrupting some of the agency’s data, and the potential incident was not reported to state or federal...

https://www.govtech.com/public-safety/Ransomware-May-Have-Hit-Florida-Elections-Office-in-2016.html
37/ ..We are behind Palm Beach County’s firewall. And she [Link] should know better,” Bucher told the South Florida Sun Sentinel by text message.”
38/ But “Ed Sacerio, an IT specialist at the time & now the IT director, said a colleague told him... ‘These files started disappearing. He stared getting these ... messages in the folder itself asking for. ransom in order to unencrypt the files.’”
39/ “As Sacerio rushed to the IT manager’s office to tell him what was happening, the IT manager at the time called him with an order to run into the server room and unplug everything....’I go blazing running into the server room,’ Sacerio recalled...”
40/ Sarcario said that when he got to the IT room, he “‘just stared turning all the servers off.’ The IT manager, Jeff Darter [the guy who reportedly had child porn on his work computer], handled the repair of the damage, Sacerio said.”
41/ “Sean Williams, who was the vote-by-mail manager at the time & is now director of elections, said the agency reverted to a backup to restore the data.”

He said that “‘A lot of us lost data because of that...You lost whatever work you did.’”
42/ “Sacerio said he didn’t know if any money was paid. Link, who wasn’t in office at the time, said she hasn’t found any indication that any ransom was paid.”

[What if the ransom wasn’t monetary???]
42/ “A source familiar with a classified briefing given to members of Congress last year said at the time Palm Beach and Broward counties weren’t affected.”

[So this should be “news” to members of Congress.]
43/ “A six-person team from the U.S. Department of Homeland Security recently conducted an extensive review at the elections office, lasting nine or 10 days, Link said.“
44/ Link “hasn’t received a [DHS] report yet from the examination, which ended two weeks ago, but said ‘if there had been something earth-shattering or glaring, I’m sure they would have alerted us to that before they left.’”

[Um, has she met the DHS before?]
45/ Reminder: “Several key state officials said no one had warned them about the Russian scheme until the leaked memo from the...NSA, appeared in The Intercept in June 2017. To them, Winner's leak was a form of public service.”-7/24/18 #FreeRealityWinnner https://www.inquirer.com/philly/columnists/will_bunch/free-reality-winner-whistleblower-american-hero-20180724.html
She warned America that Russia hacked our voting rolls. Why is she in jail? | Will Bunch

Last week's indictment of 12 Russian spies was a vindication for a young Georgia woman named Reality Winner, who'd warned the nation in 2017 that governmental denials about hacking of voting systems...

https://link.medium.com/fe62EhSW43
47/ More info about the type of virus that attack Palm Beach County’s election office in 2016.

Anyssa Chebbi, a 22-year-old Miami-Dade voter, requested her absentee ballot be sent to Philadelphia, where the recent Princeton University graduate works. She sent the request Oct. 16 but it didn’t...

https://www.palmbeachpost.com/news/20181110/did-missing-south-florida-absentee-ballots-turn-tide
You can follow @jennycohn1.
Tip: mention @twtextapp on a Twitter thread with the keyword “unroll” to get a link to it.