Read on Twitter
“We can assert with some confidence that our own period is one of decline; that the standards of culture are lower than they were fifty years ago; and that evidences of this decline are visible in every department of human activity.”
That’s T. S. Eliot in 1948
“I, for one, am looking forward to absorbing myself in antiquity because I am so deeply tired of the modern world.”
That one is Livy (born 59 BC, died 17 AD)
“Someone who would shape today by the lessons of yesterday will never understand a revolutionary idea. A talent for following the ways of yesterday is not sufficient to improve the world today.”

King Wuling of Zhao, 307 BC
“I, too, used to like modern buildings, but when I began to appreciate classical ones, I came to be disgusted with the former.” 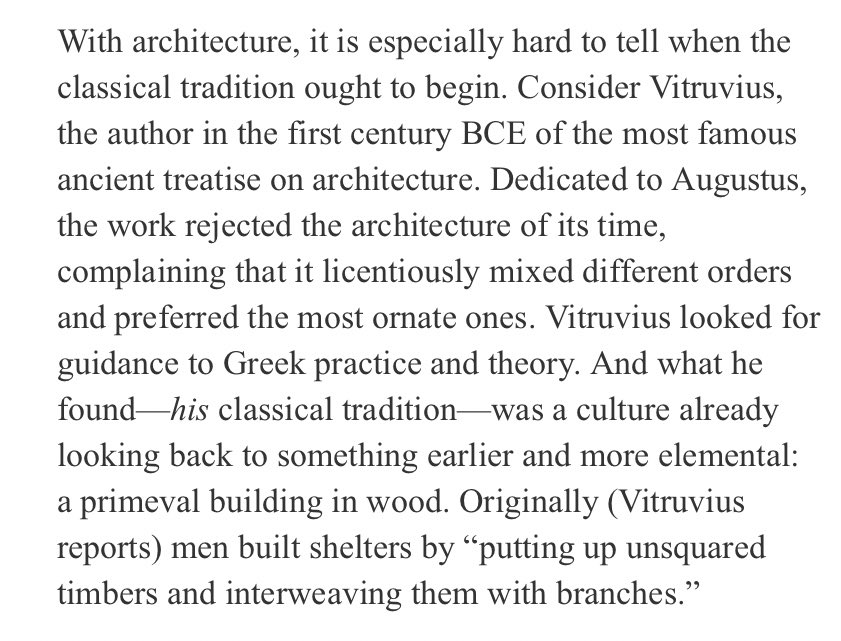 “America is now wholly given over to a damned mob of scribbling women, and I should have no chance of success while the public taste is occupied with their trash—and should be ashamed of myself if I did succeed.”

Nathaniel Hawthorne complains about popular taste in reading, 1855
"So globalized has everything become that nothing is left in its accustomed place."

Seneca, writing c. 50 AD. Roman Stoic, statesman, dramatist, and tutor to Nero, he would later be ordered to kill himself by his pupil (depicted in this 1871 painting by Manuel Domínguez Sánchez) 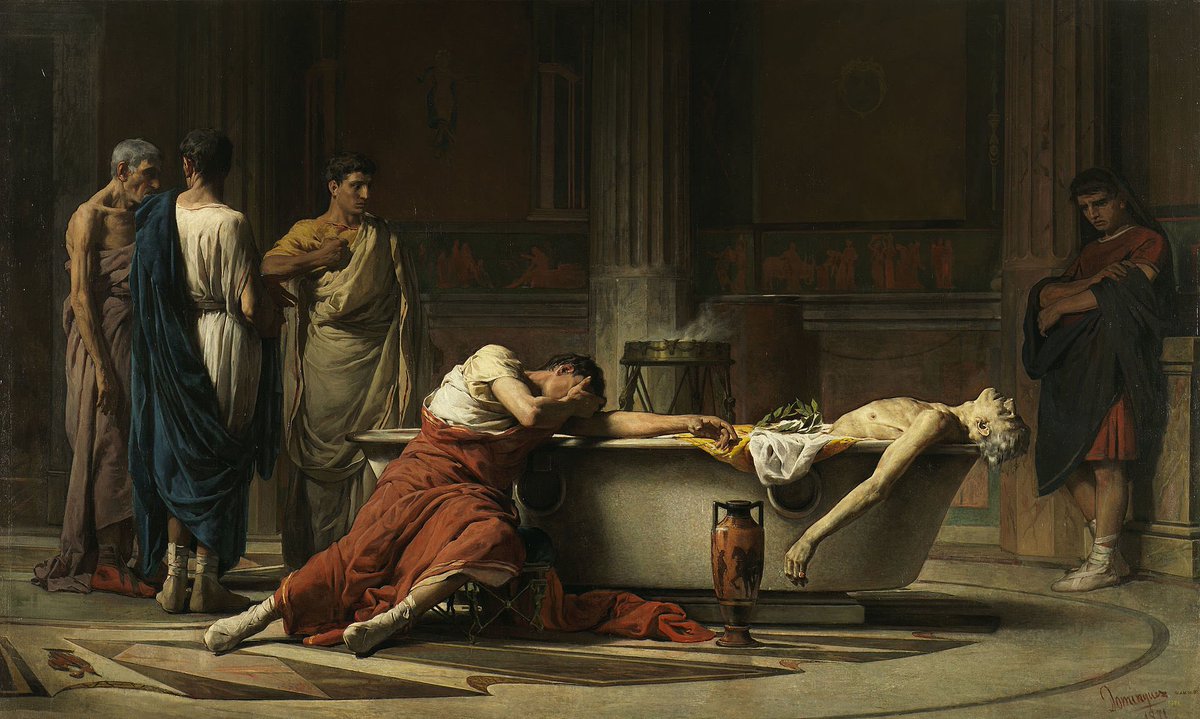 “Oh why I was born in this age? It is a terrible age... A veil of insanity everywhere.”

Virginia Woolf writing in her diary, March 10, 1938
You can follow @EllyHB.
Tip: mention @twtextapp on a Twitter thread with the keyword “unroll” to get a link to it.