Read on Twitter
Dangen’s rebuttal attacked the WRITER’s character, but brushed over the sexual harassment by Ben Judd (Board member of BitSummit and CEO of DDMA Japan & DANGEN. This post will focus on the things they chose to ignore.

Alex (a.k.a Dina), after graduating from a Japanese university, started working at Comcept Inc., headed by Keiji Inafune. Inafune and Ben Judd have a long history of working together. Mighty No. 9 being a recent example.

(6/31)
Ben's influence is even bigger now and one of the biggest names in the Japanese indie scene. As a board member of JIGA, the organization that runs BitSummit, DANGEN is a big enough publisher to have a large booth alongside Nintendo at BitSummit every year.
(7/31)
In addition, through DDMA, Ben was involved in big projects which he often shared details of.

- 505 screwed the launch of Bloodstained so Igarashi lost millions.
- Devolver screwed up From Software's taxes and led to millions in losses
(8/31)
- Playism's president was stingy, so ex-employees Dan Stern and Nayan had to sleep in internet cafes during business trips.
- Sony Unties is on the brink of bankruptcy
- Activision and From Software, who work on SEKIRO together, hate each other
(9/31)
What is DDM?
DDM ( @DigDevMgmt) is the source of Ben Judd’s influence. It is an agency that connects various AAA companies in the game industry like Nintendo. It is like the Weinstein Company of video games. Not too out in the open, but VERY influential and connected.

We are a global company with deep video game industry experience. Meet the individuals who bring diverse perspectives, teamwork and transparency to achieve our clients’ goals.

https://www.ddmagency.com/about/team/
Ben's email to Alex after they first met included things like 'I want to kiss a girl who loves games' and 'I heard you're dirty'. In the same email after writing that, he offered his support with Alex's job hunting.
(12/31)

Just like in the email, Ben's influence was apparent in their private life as well. Alex dated Ben shortly after, but was ordered to keep it a secret. Ben recommended Alex to his friend Keiji Inafune. She got the job and a work visa to let her stay in Japan.

[I have actually seen the texts]

(16/31)
Even after separating, Ben will send dick pics to Alex in the middle of the night and brag about getting into fights with the Yakuza. 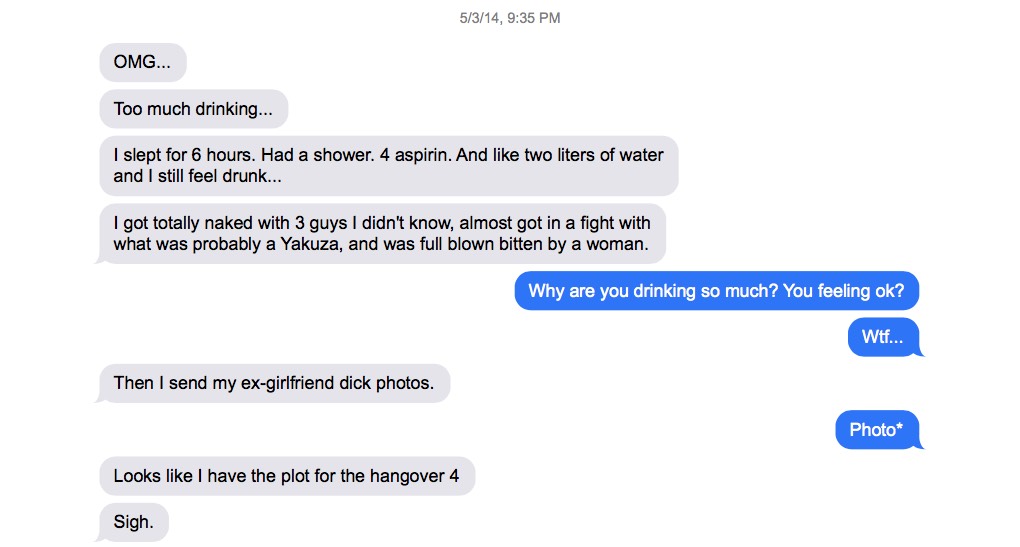 Alex still needed to contact Ben Judd regarding work. When Mighty No. 9 was negotiating with publisher Activision, he contacted Alex and said, "I can email Activision and end the whole deal." Joke or not, Activision ended up not publishing the game.
(18/31)

The two would sometimes exchange messages about recent events, but Ben would always try to shift the conversation to sex. Whilst discussing a normal video, Ben Judd suddenly asked, 'Have you ever cummed yourself to tears?' 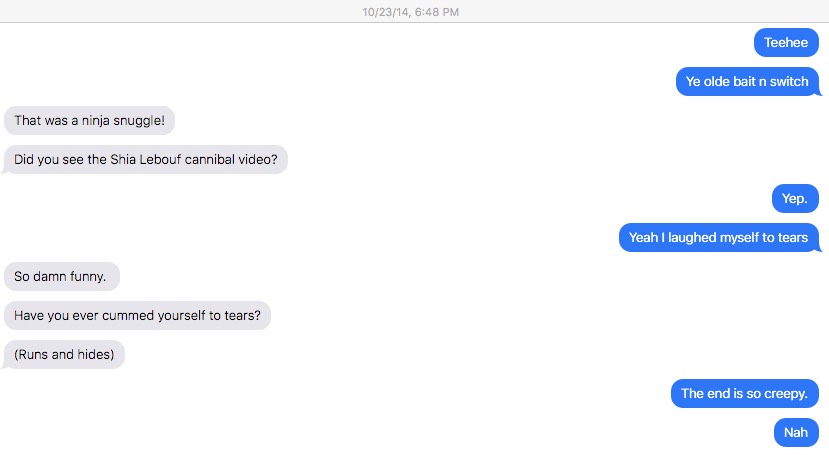 DANGEN always has its booth next to Nintendo at BitSummit. I hope the children who visit Nintendo's BitSummit 2020 booth are well protected. 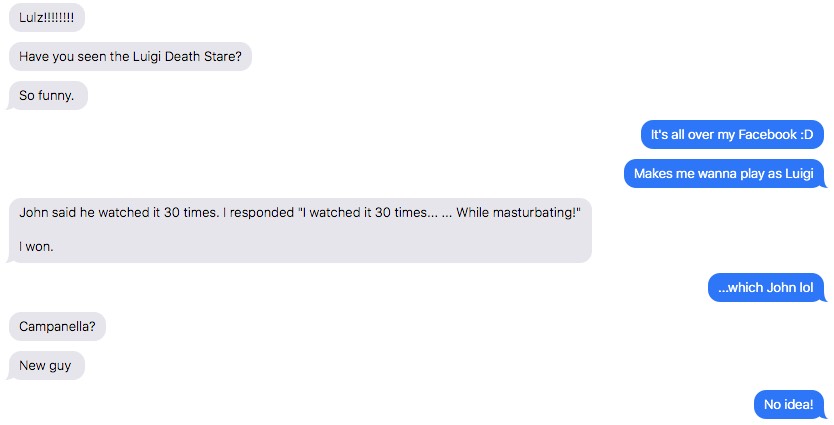 During their relationship Alex shared nude photos. Ben Judd told her "I can threaten you with these if I want" and "I'm not a Nazi, so I don't destroy 'Art'". Ben claimed to have a 'full library' of these images. Alex does not know if the nudes are deleted.
(21/31) 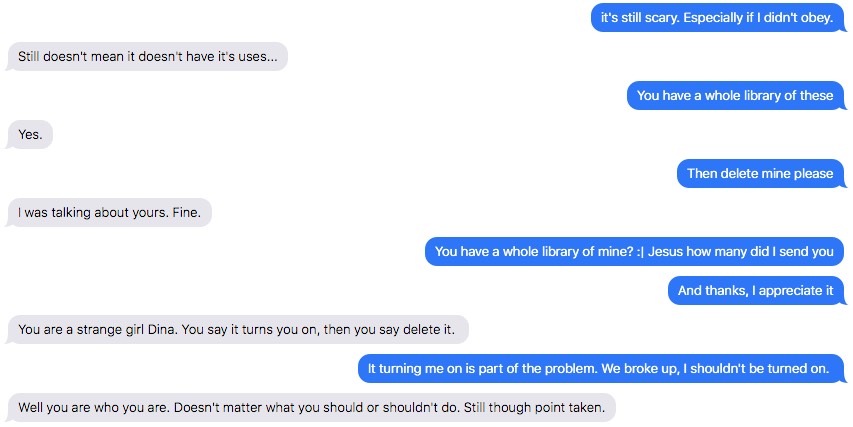 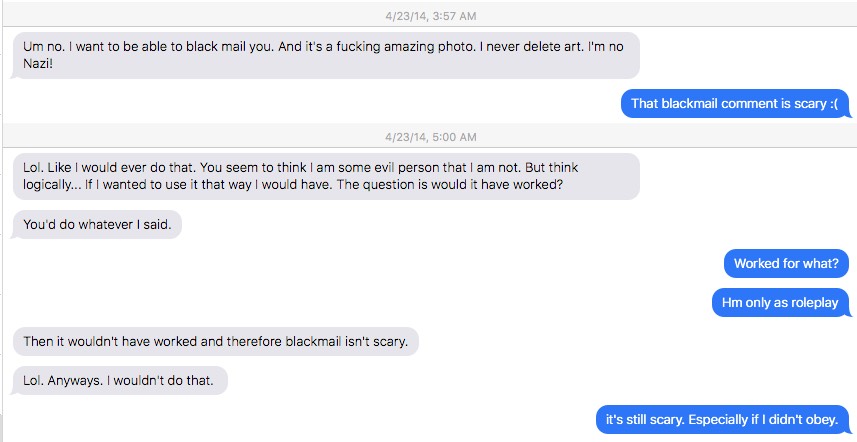 That summarizes some of the experiences Alex went through. But this is just the tip of the iceberg.

Alex, along with many others, have seen Ben Judd publicly pull out his dick and balls at events and also organize business meetings at strip clubs of all places.

(22/31)
Ben Judd and his penis seems to be a common occurrence in the Kansai gaming circle, with a lot of people being acquainted with "The Judd's Judd".

Ben's behavior and penis has been quoted by others as well.

Alex is no longer in Japan and she is not involved with the Japanese gaming industry. There are no financial benefits in Alex speaking up about Ben Judd. In fact, making her ordeals with Ben public is digs up old wounds and is humiliating. But Alex chose to speak up.

(24/31)
Because other than USGamer and IGN Japan, no one wants to touch it. All the big Japanese gaming media like "Famitsu" and "4Gamer" are "Official Partners" of BitSummit (which Ben Judd is a board member of). And so they have remained silent.

(25/31)
With these women's stories not being picked up by the Japanese gaming media, women have no choice but to share information among themselves through whisper networks. If the industry isn't going to protect the women, then the only way they can is through social media.

(26/31)
Ben Judd's creepy behavior is an "Open Secret". But there are a lot of people who depend on him for jobs. So the secret is contained. Alex does not want anyone else to have to suffer like them. And she wants other victims out there to know that they aren't alone.

(27/31)
Finally, I have translated all of this voluntarily. Dangen told me to translate their rebuttal into Japanese for free. But I didn't. As a publisher, they should hire translators themselves. Money shouldn't be an issue when you're hoarding royalties from your devs.

(28/31)
People in the gaming industry and fellow game translators have contacted me telling me to "Stop". They all work with Dangen so I can see why they're scared. But I'm disappointed that their job security trumps the victims who are abused. I've taken names. Fuck you guys.

(29/31)
For easy reading, I’ve compiled the tweets into a Google doc format.

English Translation of Alex’s accounts Dangen’s rebuttal attacked the WRITER’s character, but brushed over the sexual harassment by Ben Judd (Board member of BitSummit and CEO of DDMA Japan & DANGEN....

https://docs.google.com/document/d/1AbUeMYpWF3tXXx1936bnL5GYc7Zr9qP0Hfs7-Y9IeKo/edit?usp=sharing
Here are some links

You can follow @OnTakahashi.
Tip: mention @twtextapp on a Twitter thread with the keyword “unroll” to get a link to it.