Read on Twitter
The @Europarl_EN will vote *today* on a unified position going into #COP25. No one can doubt their commitment to addressing the #ClimateEmergency, but politics and ideology seem to be obscuring the evidence when it comes to #nuclear energy. THREAD

@pcanfin
@peterliese
@MChahim
We wouldn’t want them to pass a motion without having all the evidence, so let’s provide some! This resolution, at #56, says that nuclear power is not safe. Let's check the numbers. 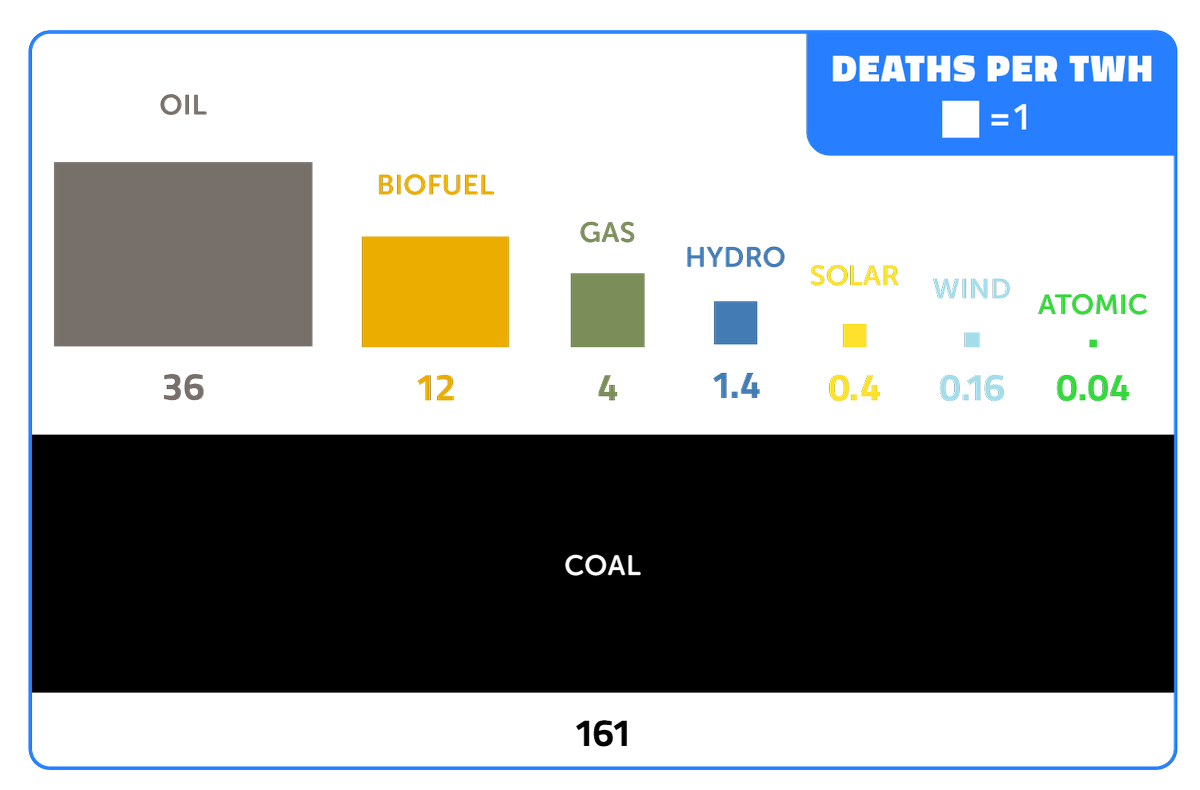 Just for some perspective: Germany's nuclear closures have prolonged their use of lignite, which kills over 2,000 people a year, ( @WWF study) 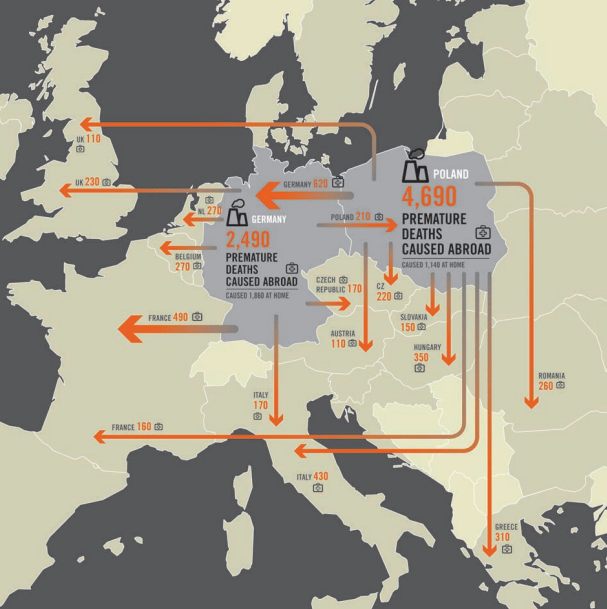 The EU resolution says nuclear is not economically sustainable. However, that only seems to be true when FOAK plants are built, or when still-good nuclear plants are closed early. Also, affordable financing is hard to come by. (The EU Parliament could help with that!) 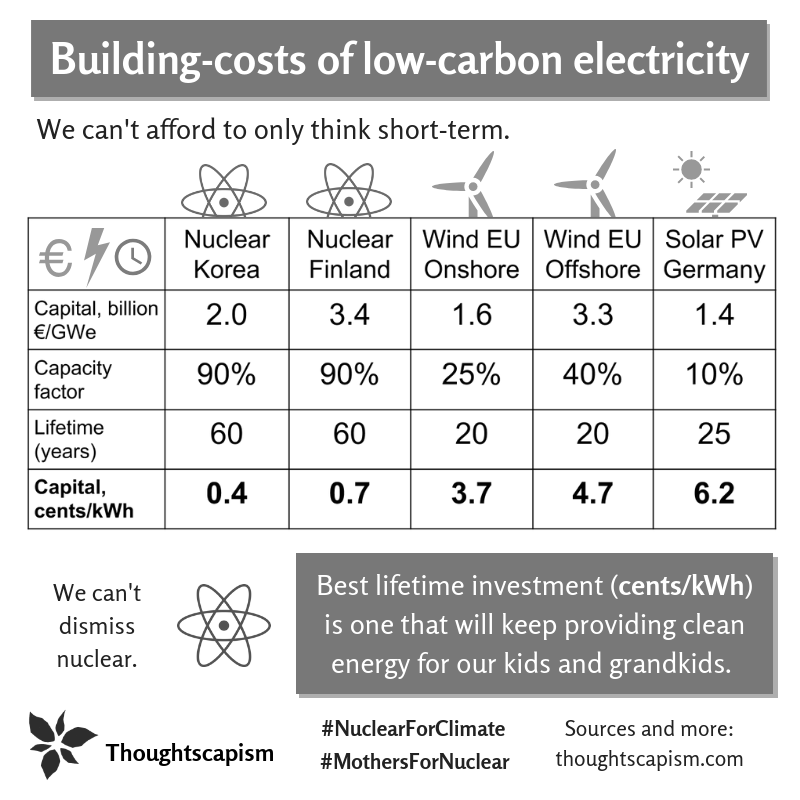 This @jessejenkins study from MIT looked at 1000 different scenarios and found that including firm low-carbon sources like nuclear makes decarbonization 10-62% cheaper than attempting 100% RE. http://news.mit.edu/2018/adding-power-choices-reduces-cost-risk-carbon-free-electricity-0906
Study: Adding power choices reduces cost and risk of carbon-free electricity

To curb greenhouse gas emissions, nations, states, and cities should aim for a mix of fuel-saving, flexible, and highly reliable sources.

http://news.mit.edu/2018/adding-power-choices-reduces-cost-risk-carbon-free-electricity-0906
Past data seem to align well with that conclusion, as to date, higher penetrations of wind and solar have often lead to an increase in the cost of electricity. 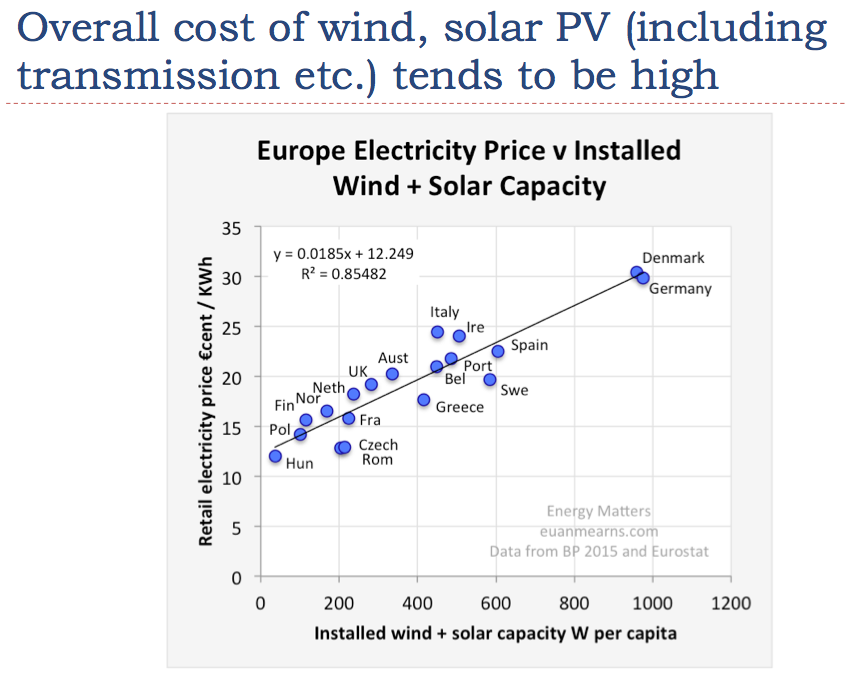 The EU resolution says that nuclear power is not environmentally sustainable. We would argue that the environment is not sustainable without nuclear.

Turning our back on nuclear, the energy source that requires the *least* mining and land area of all sources, guarantees that more of habitat will be destroyed during our transition to cleaner energy. Animals need that land, humans should use as little as possible. #biodiversity 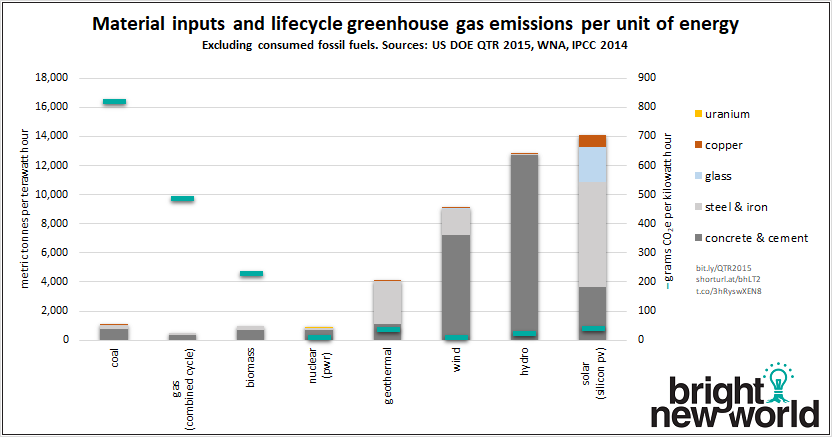 Above all-- we want to limit global warming to 1.5C or below. So as we're making choices about how to do that, might it be helpful to take note of the countries that have cut carbon fast enough rate to limit warming? Maybe stack these bars?
@pcanfin
@peterliese
@MChahim 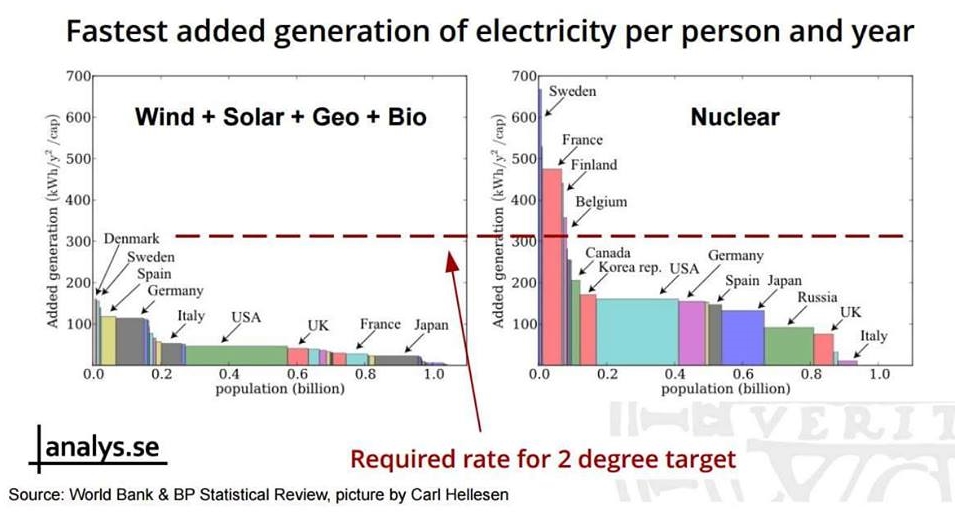 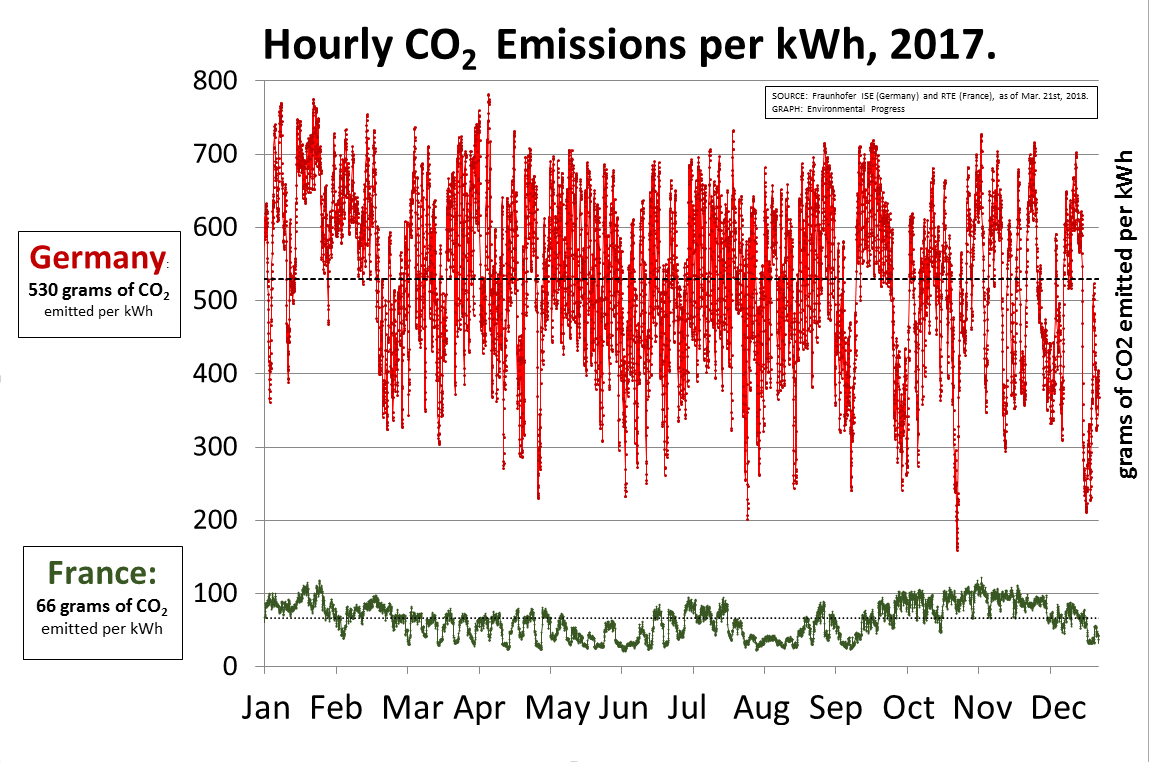 At this critical time in history, we must weigh the evidence carefully and make the right decision for future generations. We hope the @Europarl_EN has the courage to do that, even if it isn't politically expedient. We have no time to lose!

#ClimateEmergency #climatechange
Success! Nuclear friendly motion 38 passes, changing language from first picture to second below! Definitely a win for the planet going into #COP25 with a more flexible path to decarbonization. 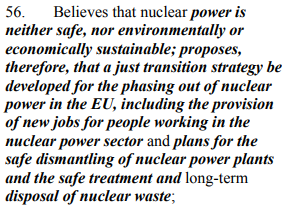 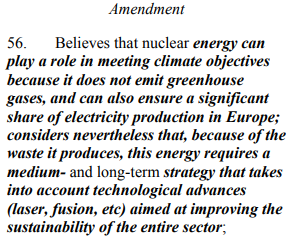 You can follow @Gen_Atomic.
Tip: mention @twtextapp on a Twitter thread with the keyword “unroll” to get a link to it.