Read on Twitter
Harris began greening ON’s electricity grid in 2000; McGuinty completed it 2002-14. Harper made it a national mandate 2012.
ON was North America’s first to phase out coal electricity, now known as NA’s “single largest GHG regulatory action”.
#cdnpoli 1/x
https://thenarwhal.ca/ontario-s-electricity-officially-coal-free/
Today, Canada’s electricity system emits 43% less GHG than it did at its peak in 2001 - despite serving a much larger population and economy.
81% of Canada’s electricity is already produced carbon free.
By 2030 it will be close to 100%.
#cdnpoli 2/x
https://www.cer-rec.gc.ca/nrg/ntgrtd/mrkt/nrgsstmprfls/cda-eng.html 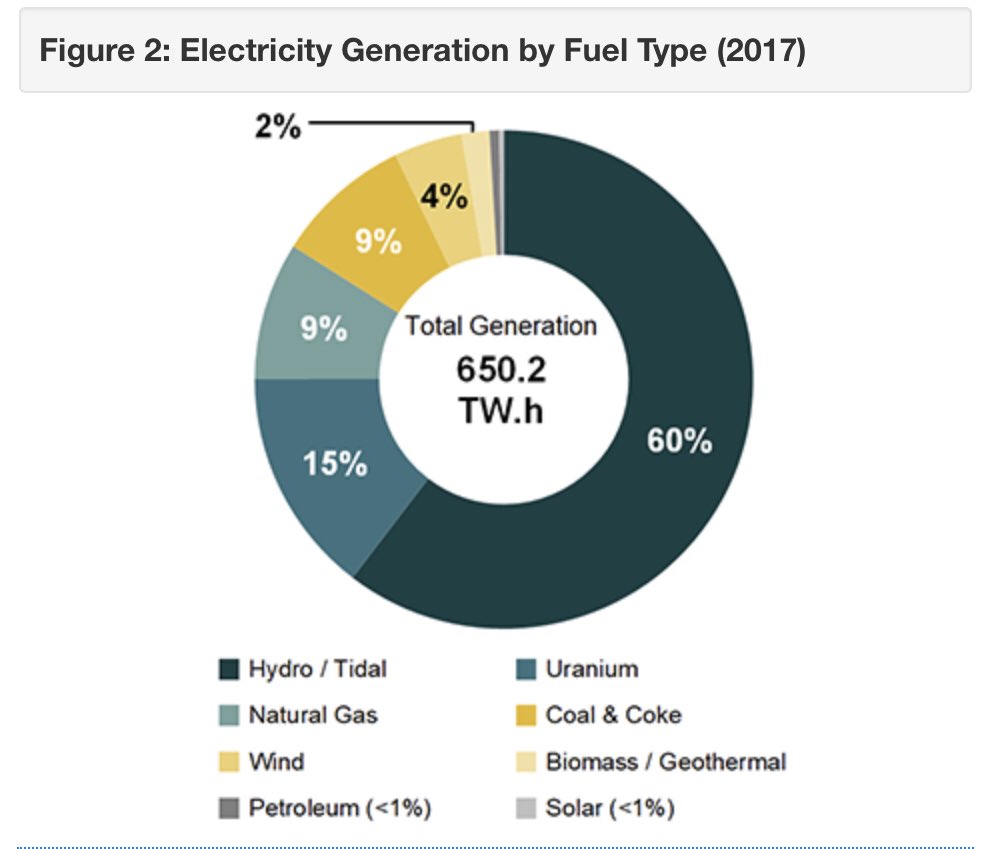 Similarly, Canada’s heavy industry now emits 29% less GHG than it did at its peak in 1996. This is the product of energy conservation, shifts in energy mix, and pollution abatement rules such as those introduced to reduce sulphur dioxide and nitrogen oxide.
#cdnpoli 3/x
Waste and landfills emit 18% less GHG than at their 1997 peak.
Buildings emit 7% less GHG than their peak in 2003.
In other words, in four of seven sectors, Canadian GHG emissions are markedly reduced over the past couple decades.
#cdnpoli 4/x
In three sectors, overall GHG emissions have not yet been reduced. With 10 years to 2030 goals, and 200 Mt to reduce, these sectors are the focus of increasing attention and intense R&D.
Oil and gas 195 Mt
Transportation 174
Agriculture 72
#cdnpoli 5/5
The transportation 174 Mt is relatively straightforward. Electric and hybrid vehicle technology is good and steadily getting better. It is not hard to envision a 30% reduction in transportation emissions - if policymakers get more serious about encouraging it.
#cdnpoli 6/x
Longer-term, more and better public transit, and better urban planning (higher density, infill, transit-oriented-development) will also reduce or constrain transportation emissions.
#cdnpoli 7/x
As the oil and gas sector - 195 Mt/year and growing - is so important to

’s economy (jobs, exports, GDP, taxes) much R&D and investment is focussed on a race to decarbonize oil and gas production, rather than simply racing to alternatives.
#cdnpoli 8/x
You can follow @RickAnderson.
Tip: mention @twtextapp on a Twitter thread with the keyword “unroll” to get a link to it.