I absolutely any guarantee any effort to subject this claim to scrutiny will lead to a second article about how a filthy Twitter mob did a pile on. https://twitter.com/annabelcrabb/status/1196595799674671105

First - the 'White man's coal will save poor brown people' thing emerged from the US coal PR in 2014, under the banner of 'Advanced Energy For Life'

Filled w/ pics of brown kids who NEED to be saved 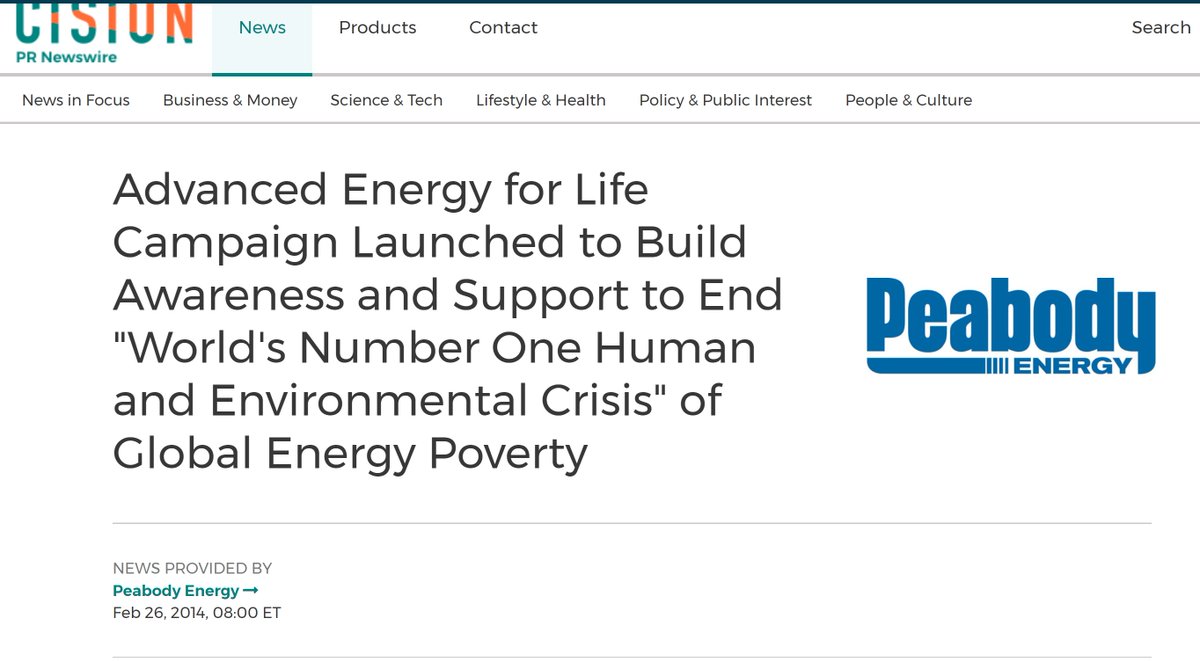 Eg - Gary Johns, another ex-ALP member, who claims that "Adani" means 'civilised' (nicely relevant to Emerson's article) in "Indian" (there's no such language). 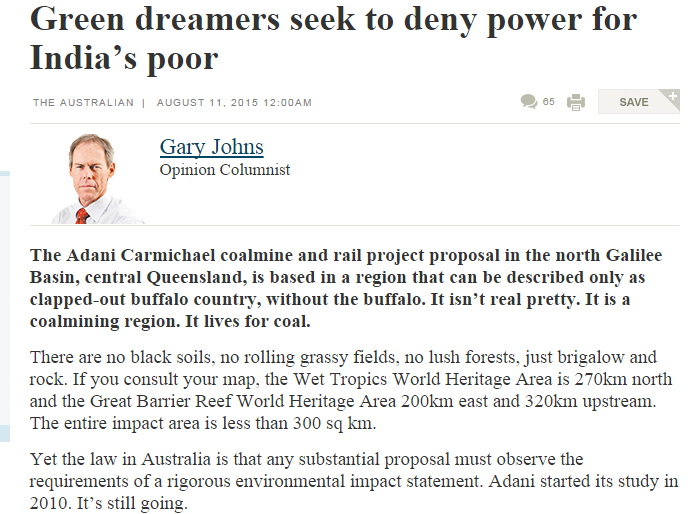 And now, @DrCraigEmerson, who lobbies on behalf of fossil fuel orgs, is taking that messaging a very serious and significant step further, declaring that those opposed to selling fossil fuels to developing countries are "white supremacists": 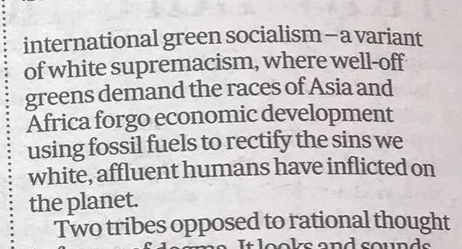 This is really, really, really galling. As someone who gets this kind of stuff every day - the image below is from THIS MORNING - to see someone misusing such a serious issue really gets to me. 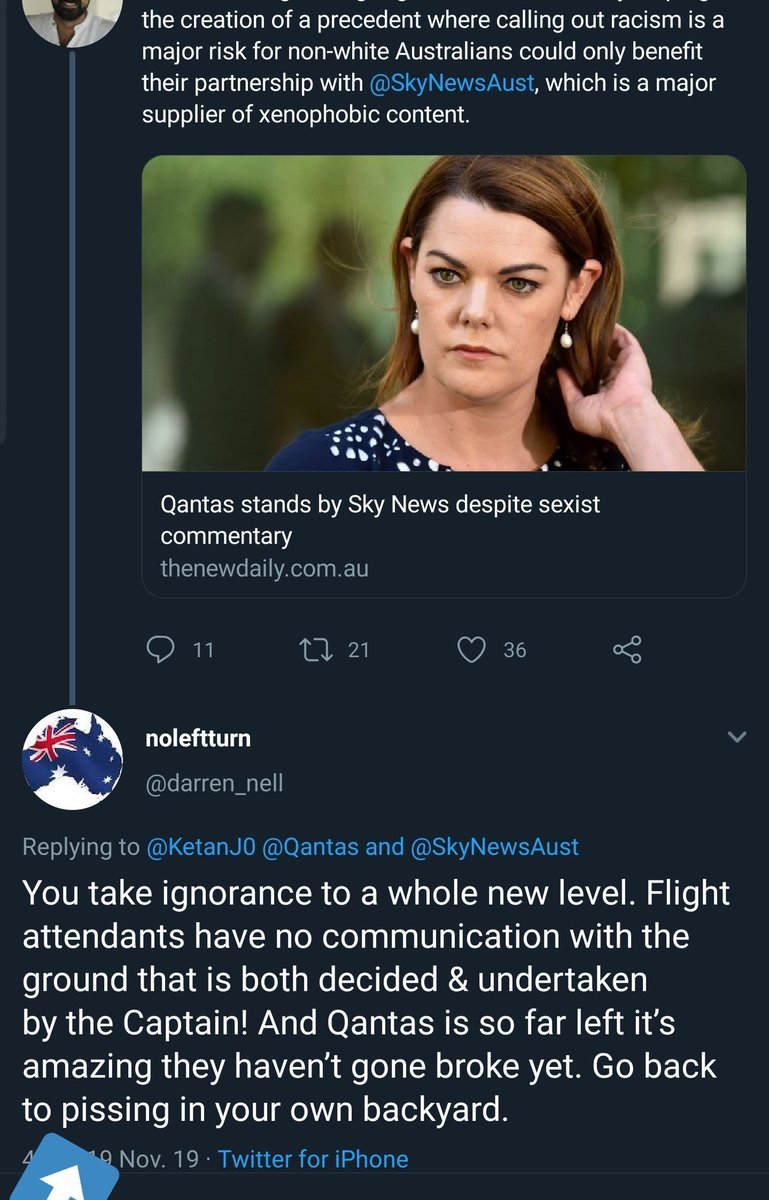 First of all, climate change deniers (and conversely, the advocates of expanding fossil fuel extraction and usage) tend to be measurably more racist than everyone else. 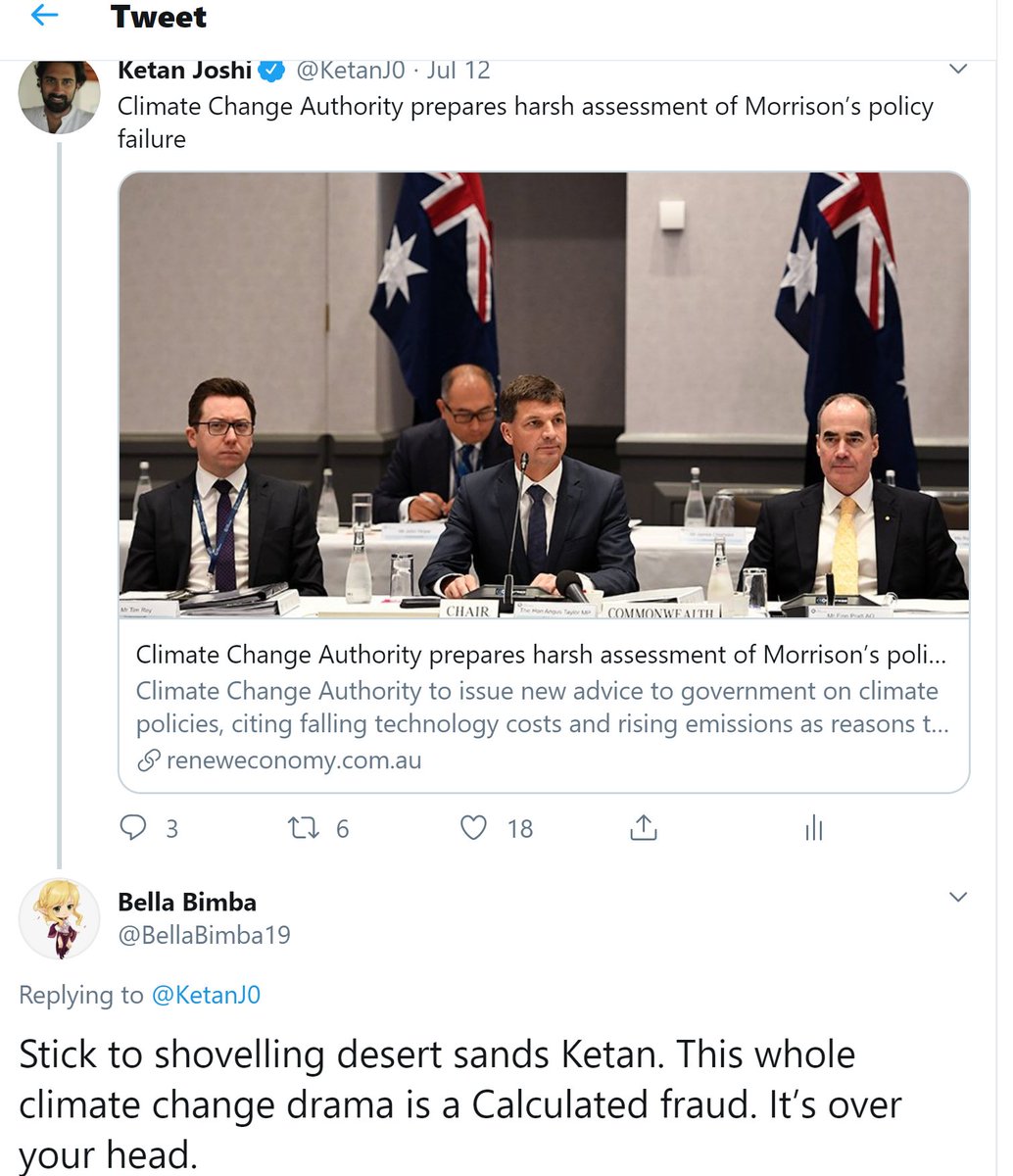 This is a smaller point, but as I pointed out y'day, even the word 'tribal' is a throwback to gross, racist attitudes

So, to co-opt the project of opposing white supremacy as part of a public relations campaign to advocate for a product that WE KNOW will harm people in developing countries far more than those in wealthy countries is extremely gross.
You can't moan about the enlightenment, rationality and scientific debate while ignoring the reams of science that illustrate that it is my own relatives living in India who will bear the absolute brunt of climate impacts

https://skepticalscience.com/co2-limits-poor-poverty.htm
It is a-scientific to expand FF usage. It is racist to declare that white Australians should dictate the energy futures of poor, dumb Indians who need guidance, gas and coal.

It is something else entirely to label that project as anti-racist and scientifically justified.
And yes, there are rivulets of v bad attitudes within Greens / Left enviro movements - particularly the 'population growth' meme. But that isn't what Emerson is critiquing here. https://twitter.com/KetanJ0/status/1176409296604749824

If rationality and enlightenment are so important, why doesn't AFR publish an op-ed by a climate scientist instead?

The same reason Hildebrand gets column inches, instead of scientists and experts: it isn't *actually* about rationality (or racism). https://twitter.com/KetanJ0/status/1180747191226376192

If the AFR *did* give space to scientists, its readers would be faced with experts who simply point out that reducing emissions means we stop pulling fossil fuels from the ground: 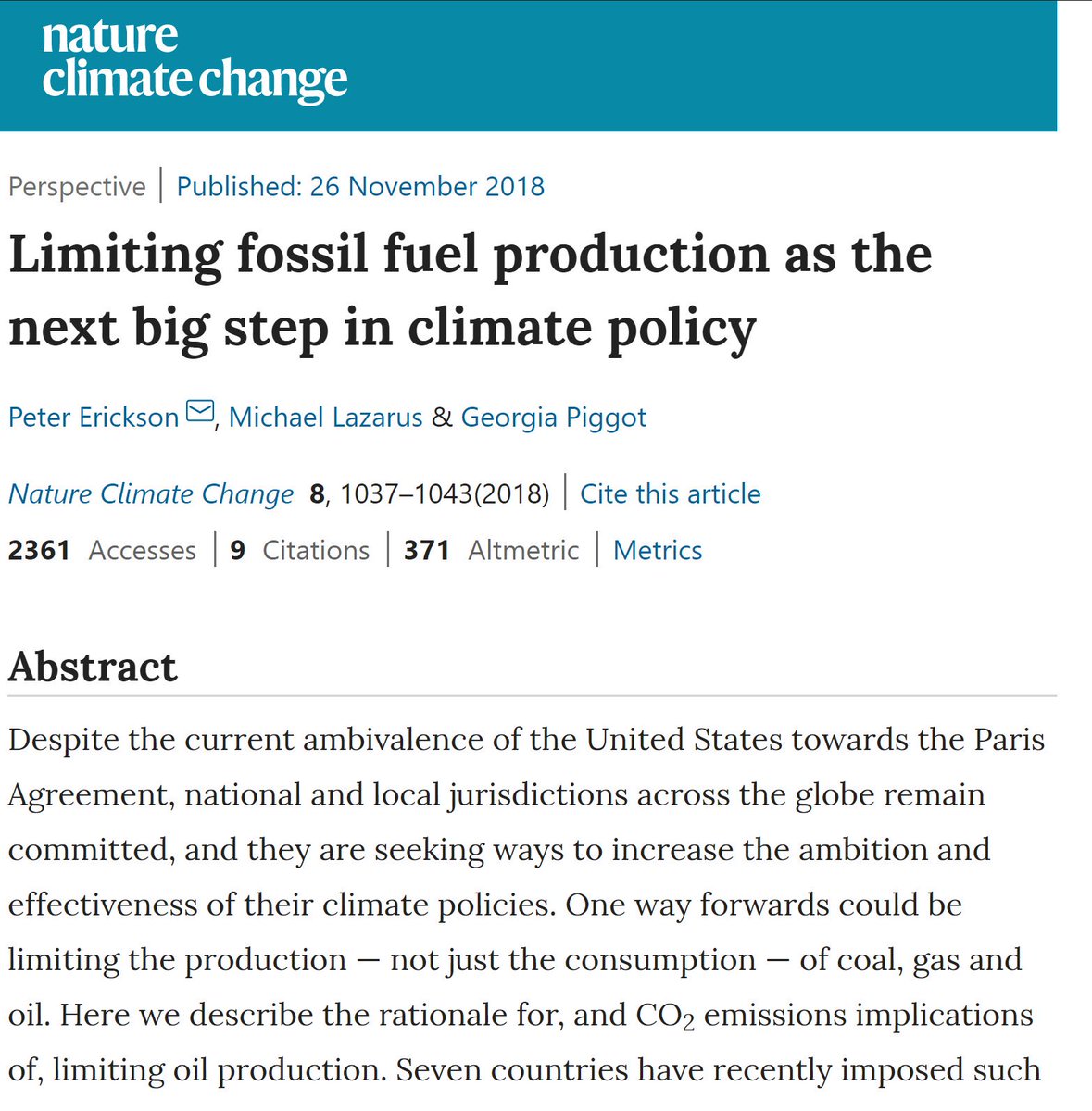 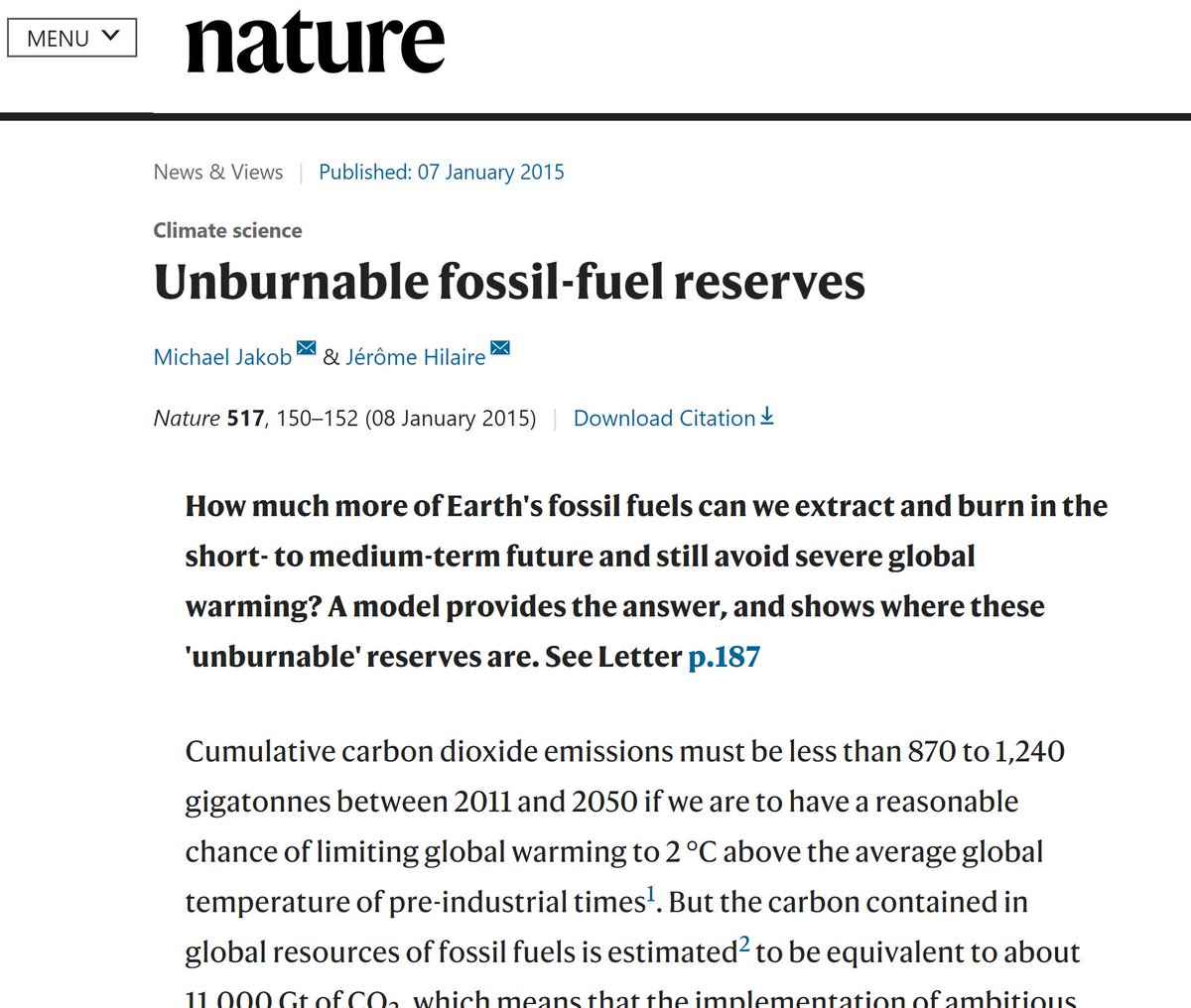 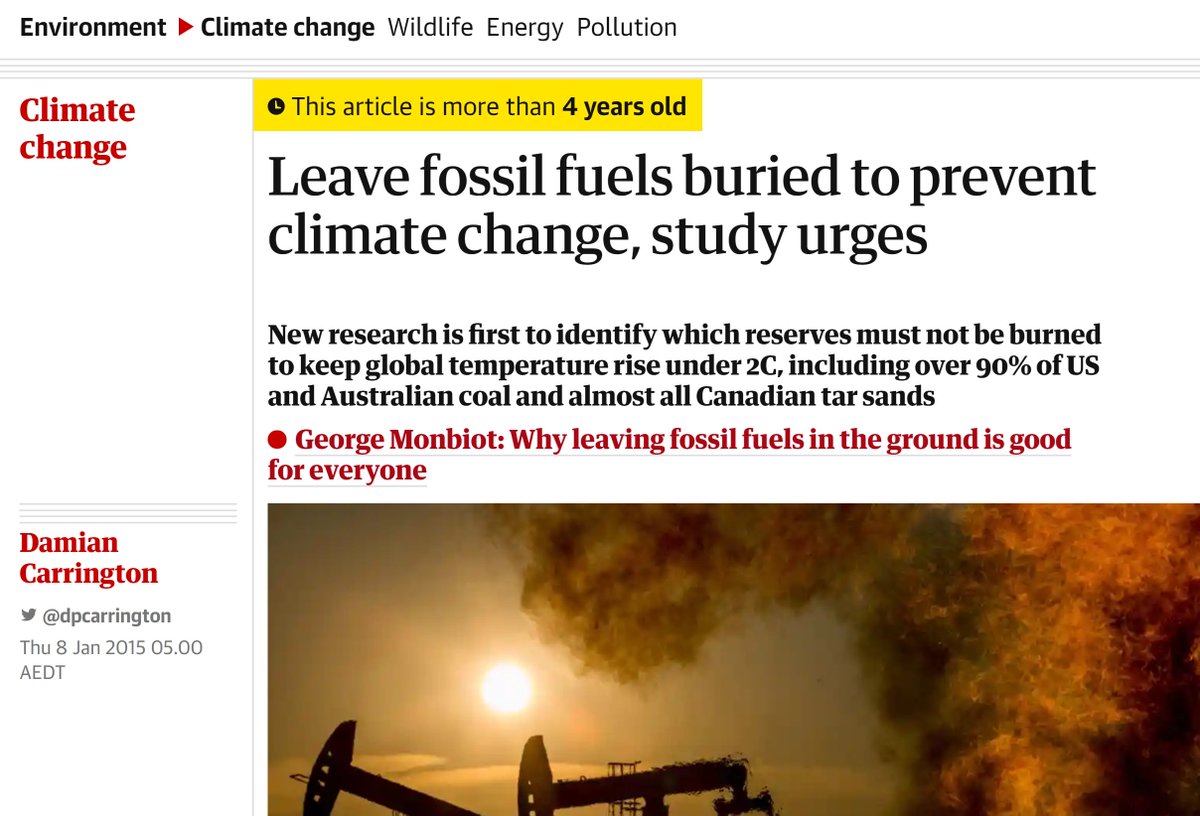 If the AFR gave space to people of colour in Australia or from developing countries, its readers would be faced with activists and campaigners who point out that climate justice means acknowledging how developing countries bear the brunt of impacts:

Dropping key words like 'tribalism', 'anti-intellectualism', 'enlightenment' and 'rationality' are far better than actually giving space to people who can speak, with nuance, experience and expertise on climate science, or climate action.
Anyway. It makes me mad. Because I woke up to a tweet from an Australian flag profile pic guy telling me to "Go back to pissing in your own backyard".

White supremacy is a real thing, and it's getting worse every single day. So it really cuts, to see it adopted by lobbyists.
Rant OVER.
You can follow @KetanJ0.
Tip: mention @twtextapp on a Twitter thread with the keyword “unroll” to get a link to it.