Read on Twitter
I'm at the "How to Save the World w/ Local Politics" meeting in Berkeley w/ Sen. Skinner and Assemblywoman Wicks.

Skinner's reflection: I helped write Berkeley's original rent control laws, but I voted for the [Downzoning of Berkeley] and that I now realize was a mistake.
Skinner: Displacement is occurring because we have not built homes. Its sometimes conflated as the cause because we should have been building all along. We passed AB 1482 which put rent caps and just cause eviction protection statewide...there's no reason to oppose more housing
Apparently the safe streets initiative to protect pedestrians at the state legislature level was killed by Caltrans. 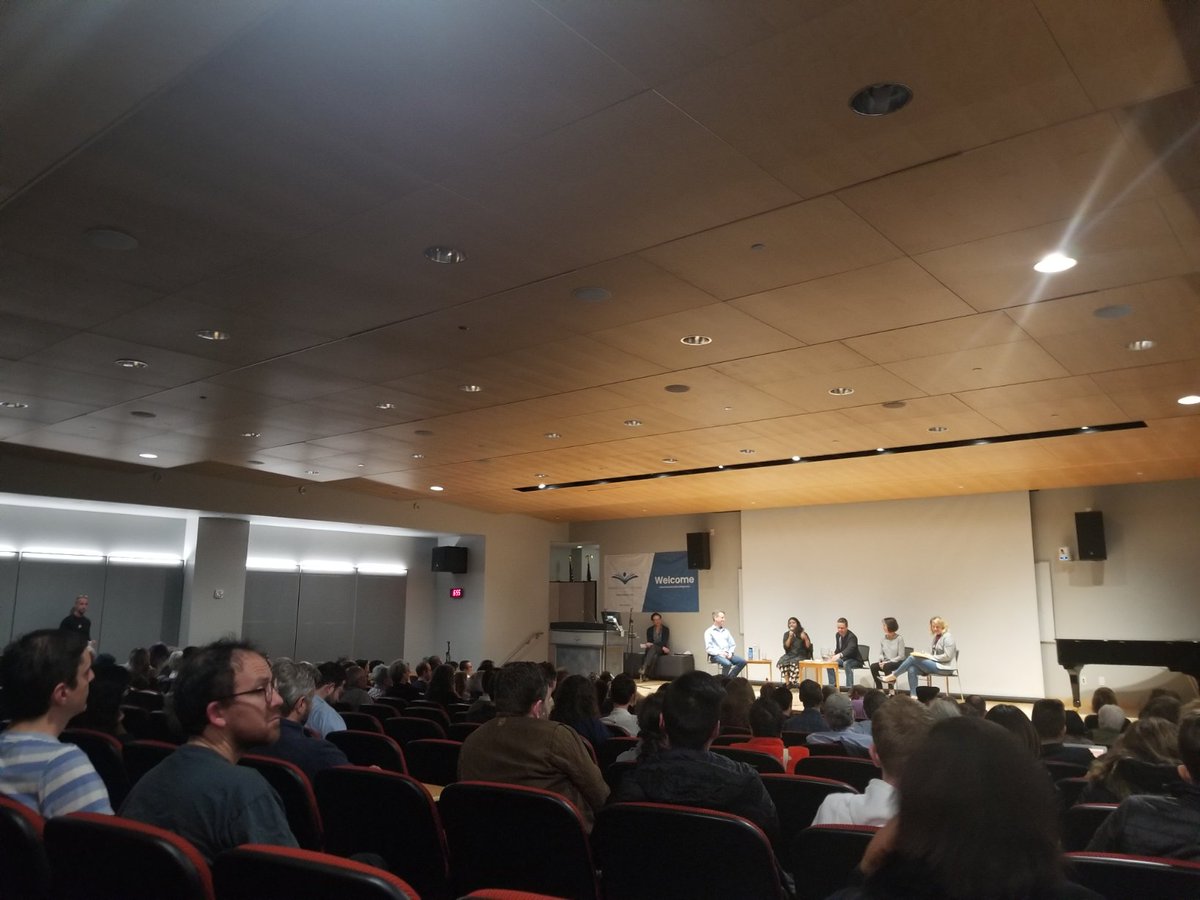 Wicks: We need to invest more in buses. Buses get a bad rep, and we need another transbay tube.

Barnali Ghosh (from Transform): People of color are often unfairly targeted in enforcement of pedestrians and cyclists.
Moderator: Part of problem is that people dont trust developers when they build housing a lot of people can't afford.

Skinner: It's difficult to establish "trust" when the housing deficit of supply is this behind. There isn't enough money to build only 100% aff., it's subsidized
Ghosh: We don't say "car accidents". We say collisions. It's not the pedestrian's fault. Its a myth. Cars are killing our community, overwhelmingly while they're in the marked crosswalks.

This isn't just local, these emissions from cars affect my homeland as well.
Berkeley power hour in the audience:
- @TaplinTerry
- @JennyTheAuditor
- @RigelRobinson
- Councilmember Wengraf
And a lot more people I dont have the time to type out + cant see
Chris Jones (CoolClimate Network): The last time we had a emissions reductions serious enough to meet our targets was during the Great Recession.

So we need that level of emissions reductions.
Ghosh: We have to think about the morality of our climate actions and that requires changing the American Way of Life.

We dont have to have a Recession, but we need Climate sense, and we need to make owning a car more expensive. Shift the culture. Have the conversation.
Wicks: We fight for you in Sac, but we need you to show up to your Berkeley City Council meetings. Housing decisions are local.

Shout out to the YIMBY movement. Groups like East Bay for Everyone, California YIMBY for getting folks involved locally against the politics of 'no'
Skinner: I'm heartened to see all these new Berkeley Orgs! North Berkeley NOW, South Berkeley NOW!

Transit ridership has dropped. Because of Uber and Lyft. Many of our low wage workers travel the furthest without jobs or transit.
Skinner: Even if we increase transit funding for equity, we have to solve the problem of uber and lyft.
Moderator: Thanks to North Berkeley Now, South Berkeley now and the Berkeley Democratic Club. 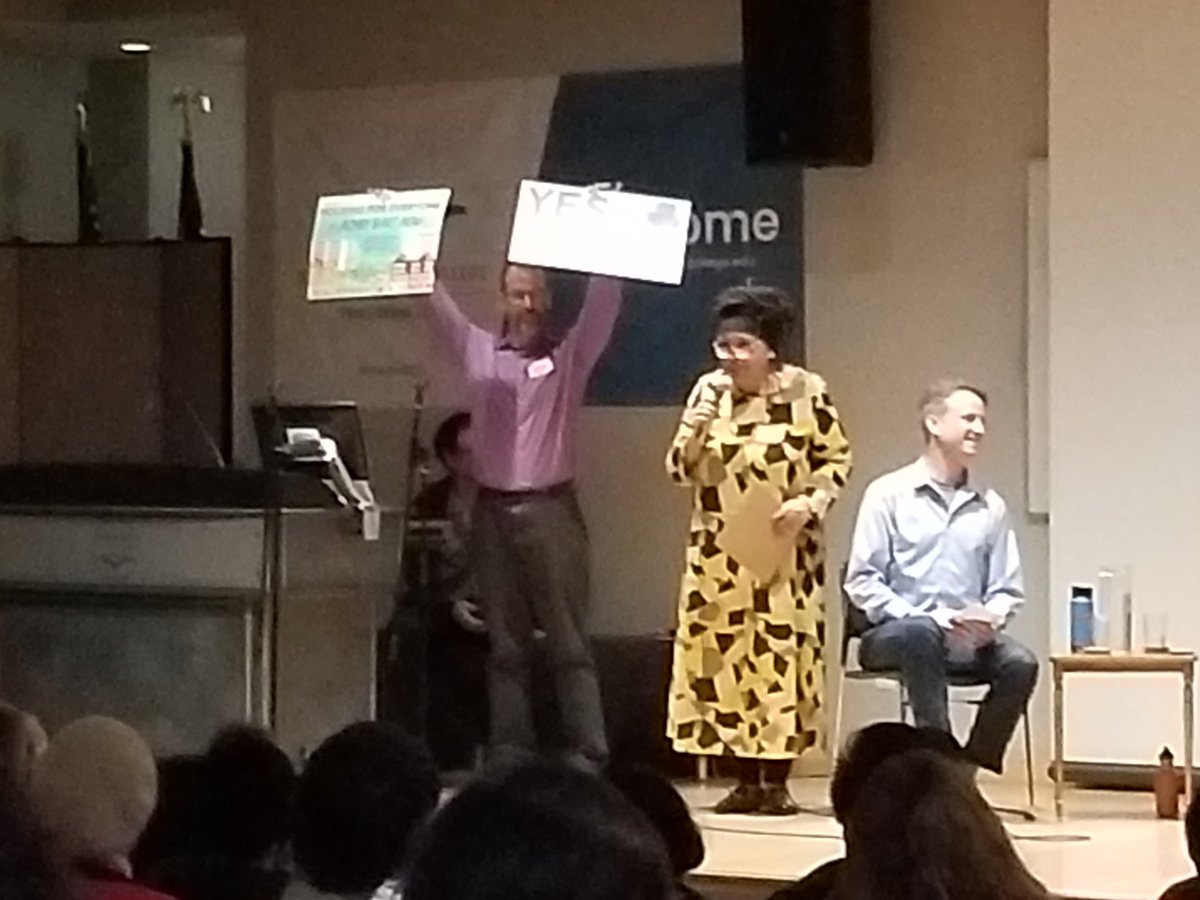 Lots of politics going on.

It would be very unwise to run on an anti housing platform in 2020 in Berkeley. 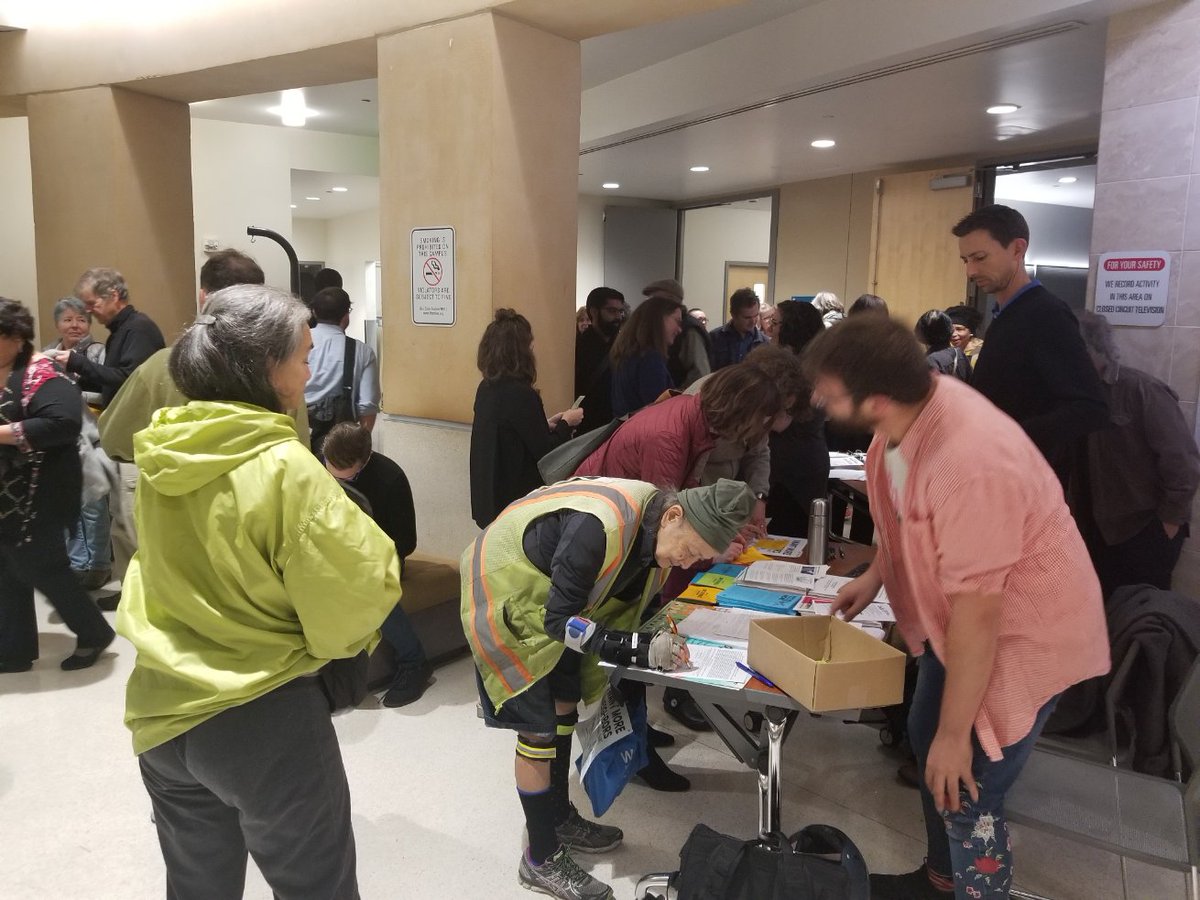 The best part: my next door neighbor happened to stop by having zero knowledge of my housing activities!
You can follow @IDoTheThinking.
Tip: mention @twtextapp on a Twitter thread with the keyword “unroll” to get a link to it.