- Australia already has an outsized impact on *increasing* global emissions. This could stop.

- Australia could influence other gov'ts by demonstrating the immediate benefits of decarbonisation
*That* would not be insubstantial. That is what most politicians who are listening to the science are advocating for, because the science doesn't say "Australia can do nothing, it's all good", the science says a global effort is the only way to lessen these impacts.
Part of why getting this happening is so hard is because if we'd started two decades ago, it'd be easy and do-able, but because the hour is so late, the change must be extreme.

And so, the Klein principle applies, again.

I also think that the communication from Greens MPs has been pretty clear on this - the action of a country like Australia is necessary, but it is insufficient on its own.

*Nobody* is suggesting Aus act alone. But it's easy to pretend they are, and argue against that. 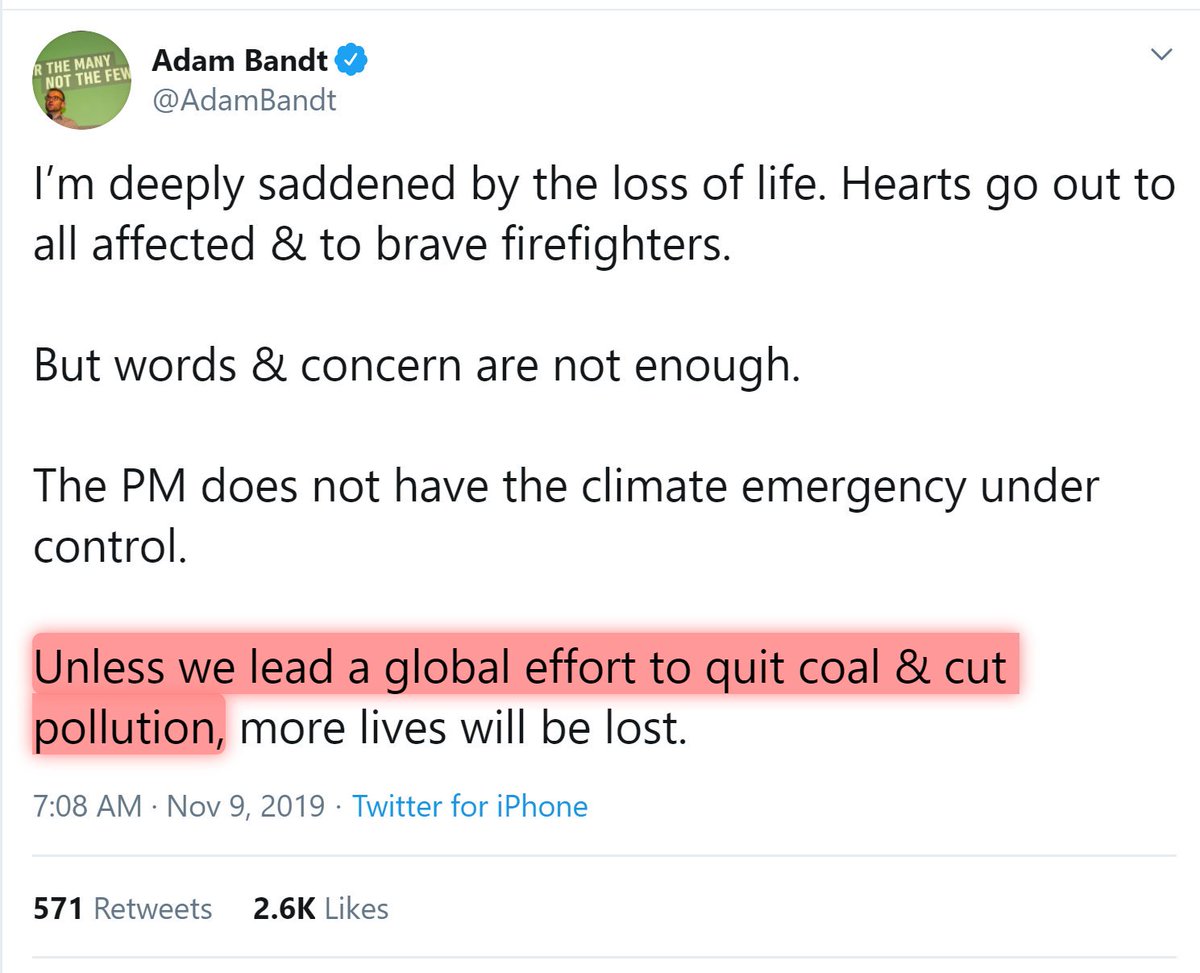 Anyway. Rant over, but honestly. I feel like we ought to be past this already.
You can follow @KetanJ0.
Tip: mention @twtextapp on a Twitter thread with the keyword “unroll” to get a link to it.