Read on Twitter
Framing this as "both sides are equally bad" has been a major contributing factor to the conditions required for climate change denial to go beyond the fringe and become something that decides national policy. https://twitter.com/leighsales/status/1194152737778192384

A pathological hatred of dealing with *magnitude* is the root problem here.

Yes, sometimes both sides do not strictly follow science. But one side sometimes stretches worst-case scenarios, and the other side thinks the BoM is the illuminati one world government.
Again, and it bears repeating as much as possible because for some reason this is controversial, it isn't 'ideological wars' or 'partisan battles' that has made climate policy so vexed.

It is a tiny group of emotionally-stunted, hyper-anxious, near-identical men in one party.
Climate change isn't partisan anymore. That is done. That is dead.

The Greens accept it, Labor voters accept it, Liberal voters accept, city people accept it, country people accept it, etc etc.
It is everybody else against a small number of people who hold positions of power in government, and the small number of fossil fuel executives, lobbyists and media commentators who hold power over politicians. https://www.sbs.com.au/news/the-feed/as-bushfires-rage-nsw-parliament-will-consider-weakening-environmental-protections
As bushfires rage, NSW Parliament will consider weakening environmental protections

As NSW braces for ‘catastrophic’ bushfire danger on Tuesday, state Parliament is considering legislation that would roll back existing environmental...

https://www.sbs.com.au/news/the-feed/as-bushfires-rage-nsw-parliament-will-consider-weakening-environmental-protections
For all of the concern trolling about climate protests and activism turning people away because they're exaggerating and scary, it hasn't borne out. At all. Anywhere. Public pressure is only growing, rapidly. https://twitter.com/KetanJ0/status/1192726523465420800

Even in Coorey's original article, "Bandt blamed Morrison for the catastrophe" - really? Did that happen? I didn't see that anywhere.

What instinct is this? It's so, so weird. 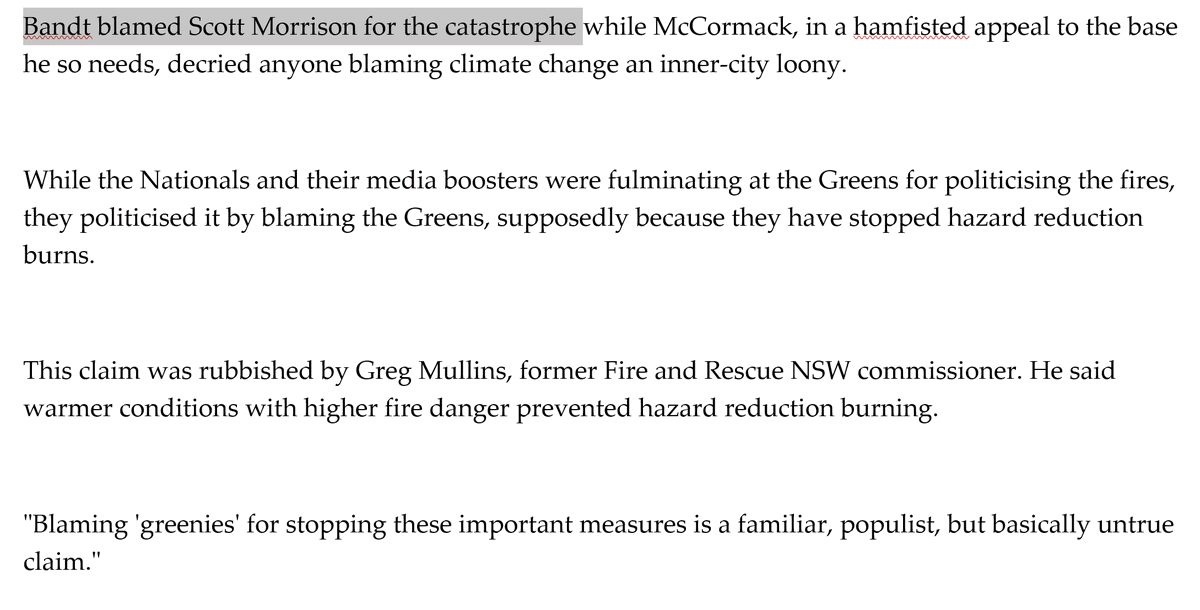 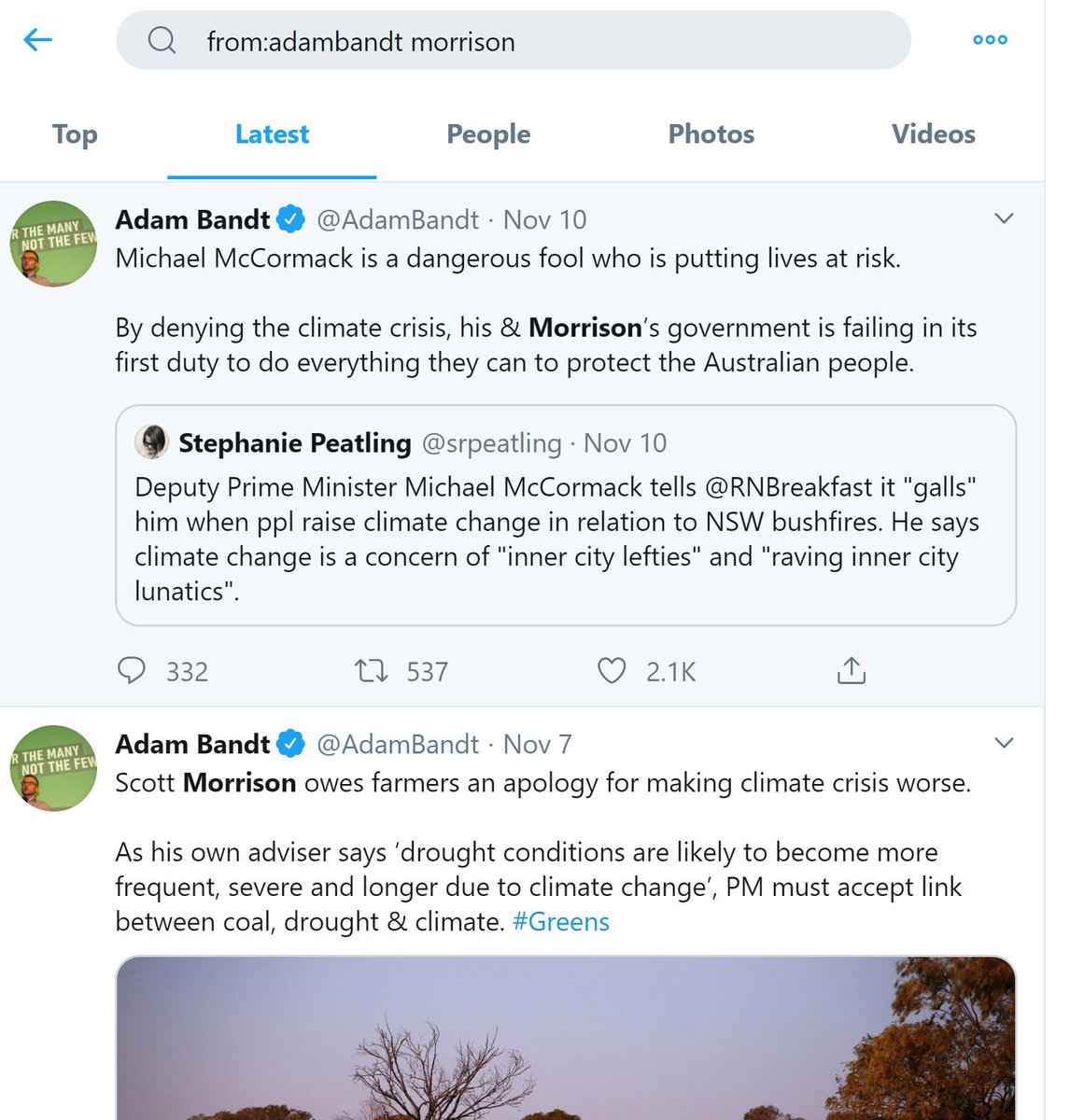 Trying to find the centre between one group that accepts science and one group that denies means the end result is you still end only half-accepting the science. https://twitter.com/KetanJ0/status/1176410553717313536

Can anyone find a single example of any politician or prominent public commentator "over-egging" the connection between human-caused greenhouse gas emissions and the increasing intensity and frequency of bushfires in Australia?

Just give me one.
Senator @Jordonsteele did say "you are no better than arsonists". But that is not "over-egging climate science". That is a moral claim unrelated to the science https://twitter.com/pablovinales/status/1194072111679074305

There has been no "over-egging" of the climate science. It has only been the exhausted re-statement of something that has been stated for years and years and years and years and years by thousands of climate scientists, who all speak in a defeated, dejected tone.
So. That is why it is so awful to see the fabrication of exaggeration. It fits right in with an adjacent, broader News Corp effort to frame the causal factors behind a disaster as a both-sides political spat, rather than something we can know and respond to.
I'm done.
You can follow @KetanJ0.
Tip: mention @twtextapp on a Twitter thread with the keyword “unroll” to get a link to it.