Read on Twitter
I am going to point out WHY you should pay attention to this tweet.
This (mini) thread will make a lot of folks in the legal community uncomfortable.
But someone needs to explain:

3) Justices Kavanaugh and Alito posing for a selfie.
4) SCOTUS does NOT operate under ANY ethics rules.
5) Recusal is a necessary option to use as it eliminate any “whiff” of impropriety
6) THERE ARE SEVERAL LGBTQ cases before SCOTUS
7) have you figured out who Brain Smith is?
And now for the files.
As mentioned there are several cases before SCOTUS with a corollary of the LGBTQ rights or lack thereof
Gerald Lynn Bostock v. Clayton County, Georgia
Docket No-1618 - argued Oct 8th
https://www.supremecourt.gov/search.aspx?filename=/docket/docketfiles/html/public/17-1618.html
Last brief
https://www.supremecourt.gov/DocketPDF/17/17-1618/118382/20191007215121319_Muslim%20American%20Leaders%20Amicus%20Brief%20in%20Bostock%20v.%20Clayton%20County%2017-1618.pdf
Second case currently before SCOTUS:
Altitude Express, Inc. v. Melissa Zarda, as Executor of the Estate of Donald Zarda, et al. 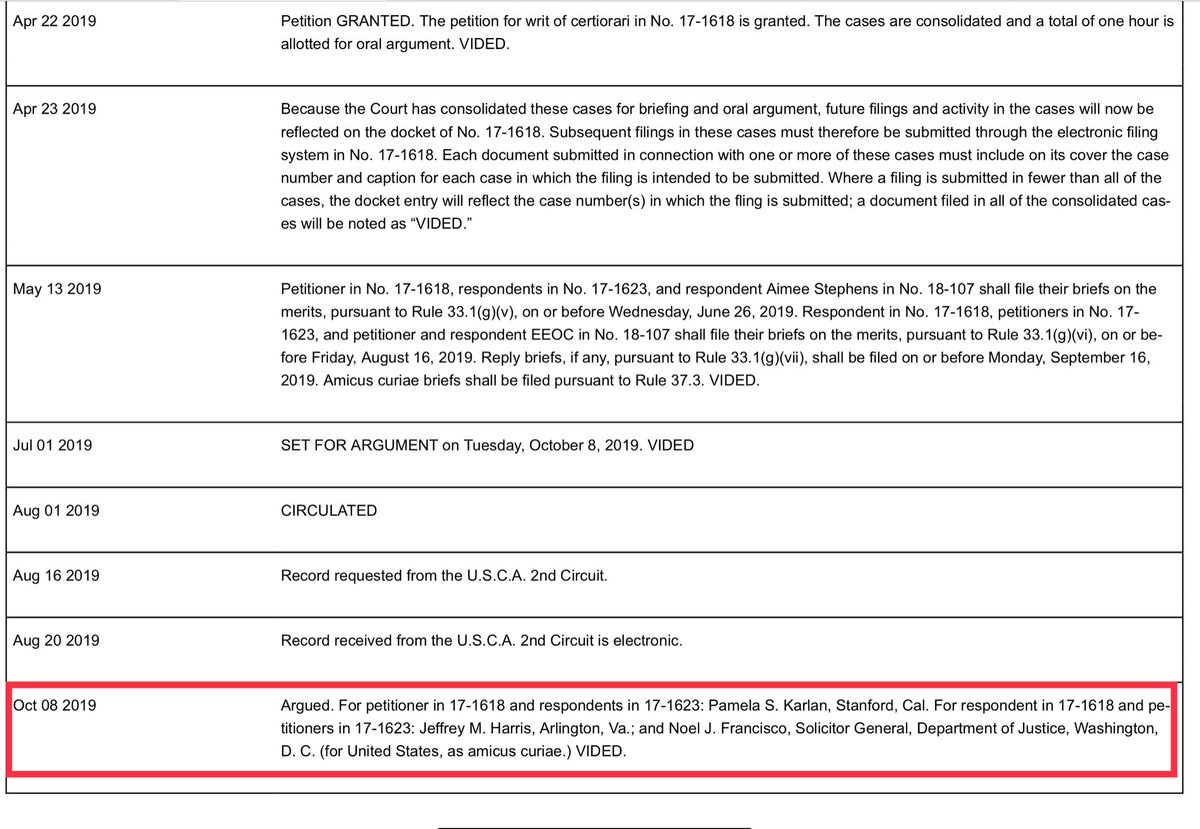 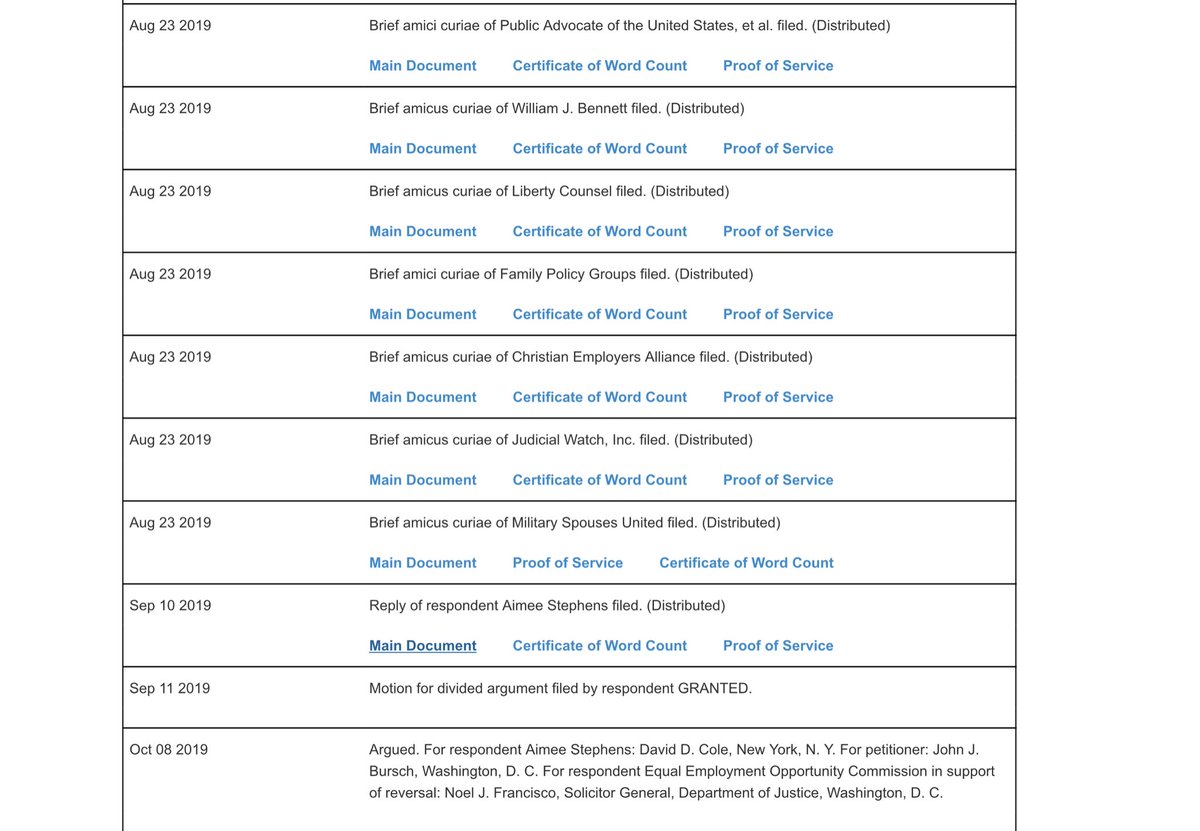 What do ALL THREE cases have in common?
They ALL seek to reinterpret - Title VII. Insofar as to allow bigotry against the LGBTQ community.
Thereby once again seeking to diminish the CONSTITUTIONALLY AFFIRMED rights of the LGBTQ community.
See chaser
@xtrixcyclex @MillennialPriml
Have you figured out who Brian S. Brown is? See tweet w/ pic at the top of the thread.
He is the President of the bonkers anti-LGBT group, the “National Organization for Marriage” 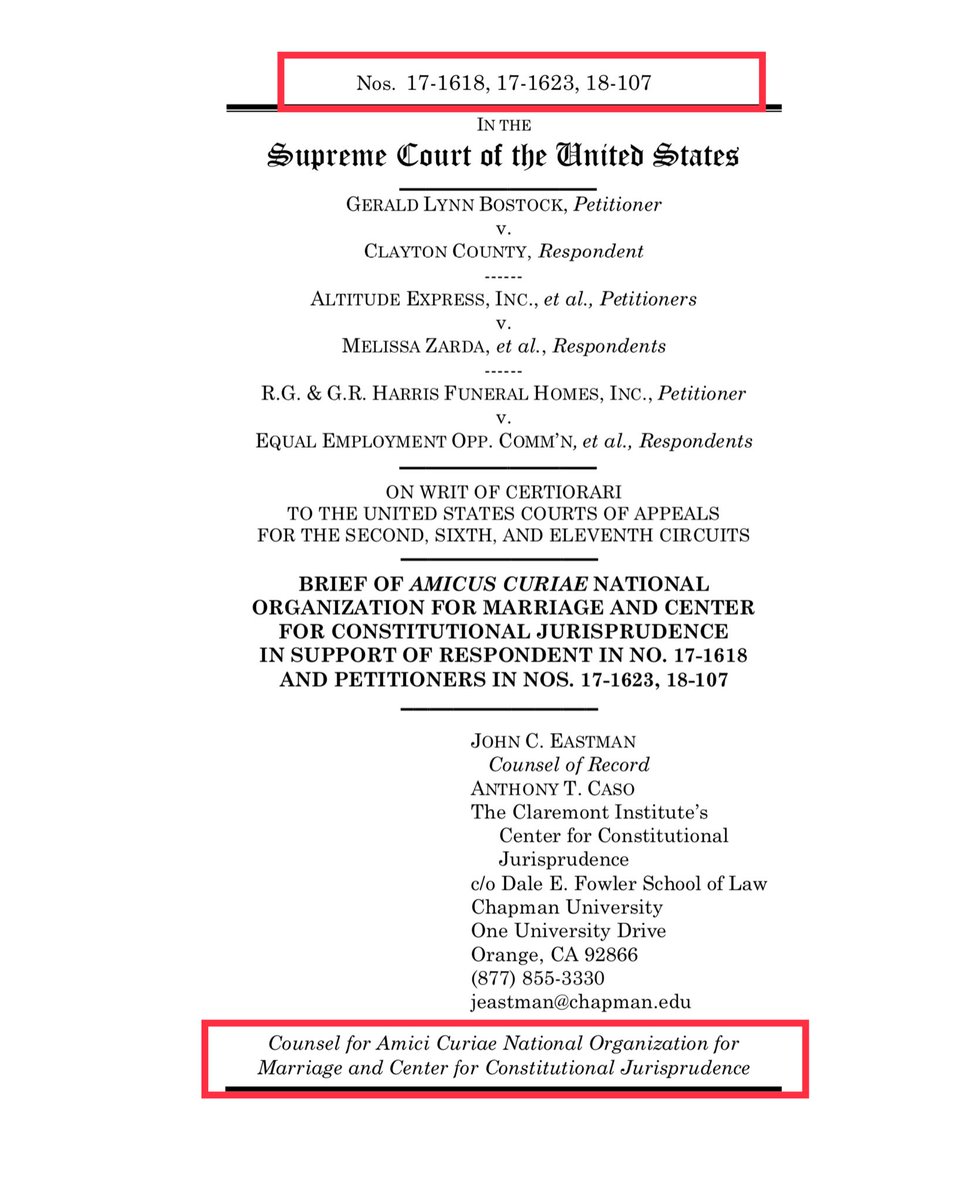 SHOULD RECUSE THEMSELVES FORTHWITH

FFS they posed for a “selfie” AFTER they had (likely an Ex Parte Meeting) with NOM’s President who then tweeted out the selfie.
Archived in case that Jackhole deletes his tweet
http://archive.is/zS1UC 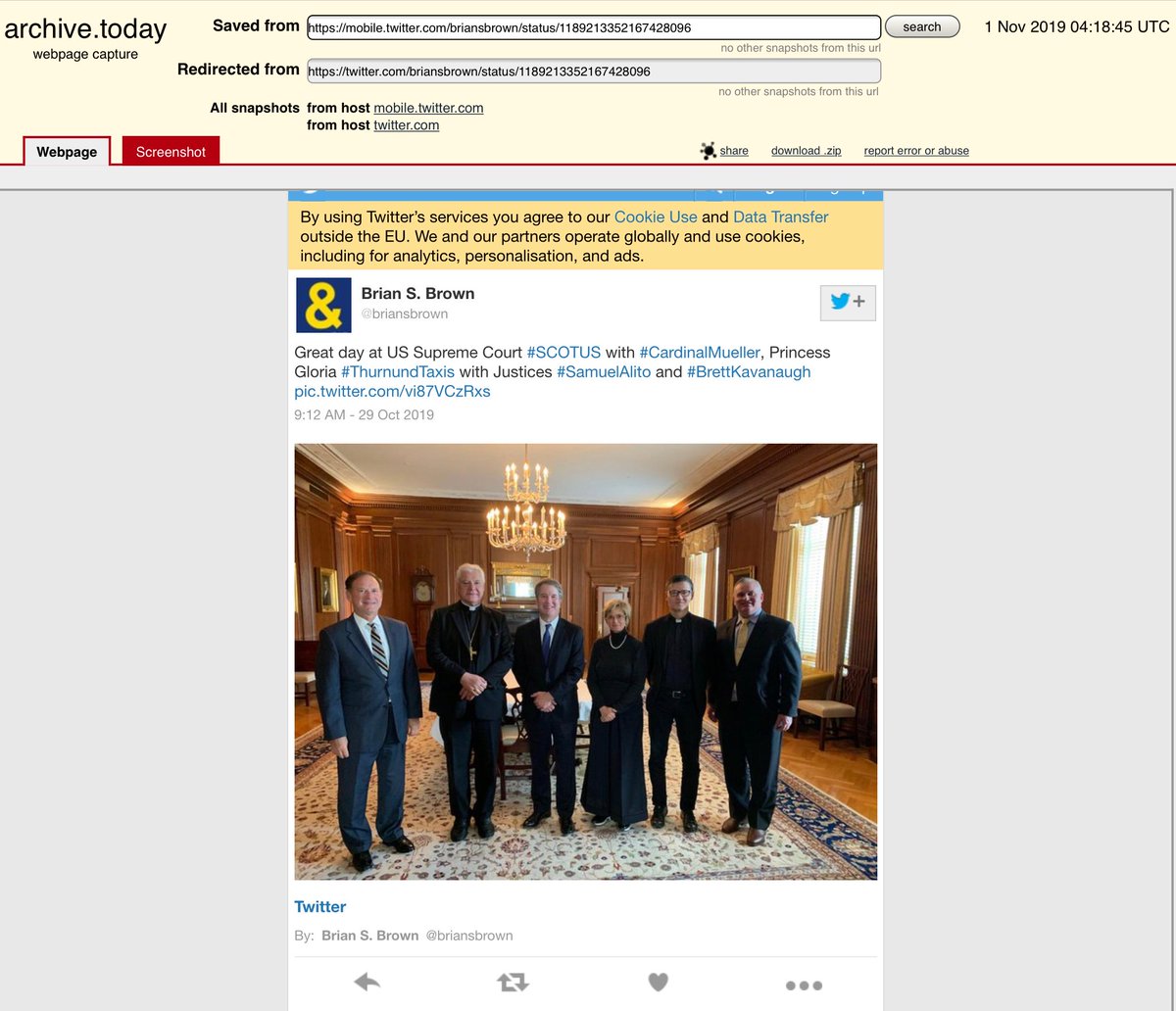 Because SCOTUS has YET to RULE on these three cases. It’s not only unethical it’s a gross breach of Judicial conduct
So the (likely) Ex Parte Meeting and subsequent selfie doesn’t have a whiff of impropriety it smells like a Pig Farm.
Do you now understand WHY this is enraging?
Trust me READ every tweet in this thread
I suspect you’ll have the same sense of
“red lights blinking”
This doesn’t have a whiff of impropriety it - it’s rank.
Likelihood of an Ex Parte with NOM

cc @lauferlaw @jwlarrabee @DirkSchwenk @xtrixcyclex
@glennkirschner2 @rgoodlaw
In their FIRST ever Report @FixTheCourt ranks SCOTUS LAST
Can we stop pretending that the Court’s refusal to actually have an ethics policy is problematic?
Because this thread is Chapter & Versus WHY SCOTUS should be transparent.
READ THE REPORT
Full Stop
https://fixthecourt.com/wp-content/uploads/2019/11/Circuit-Scorecard-Report-FTC-FINAL.pdf 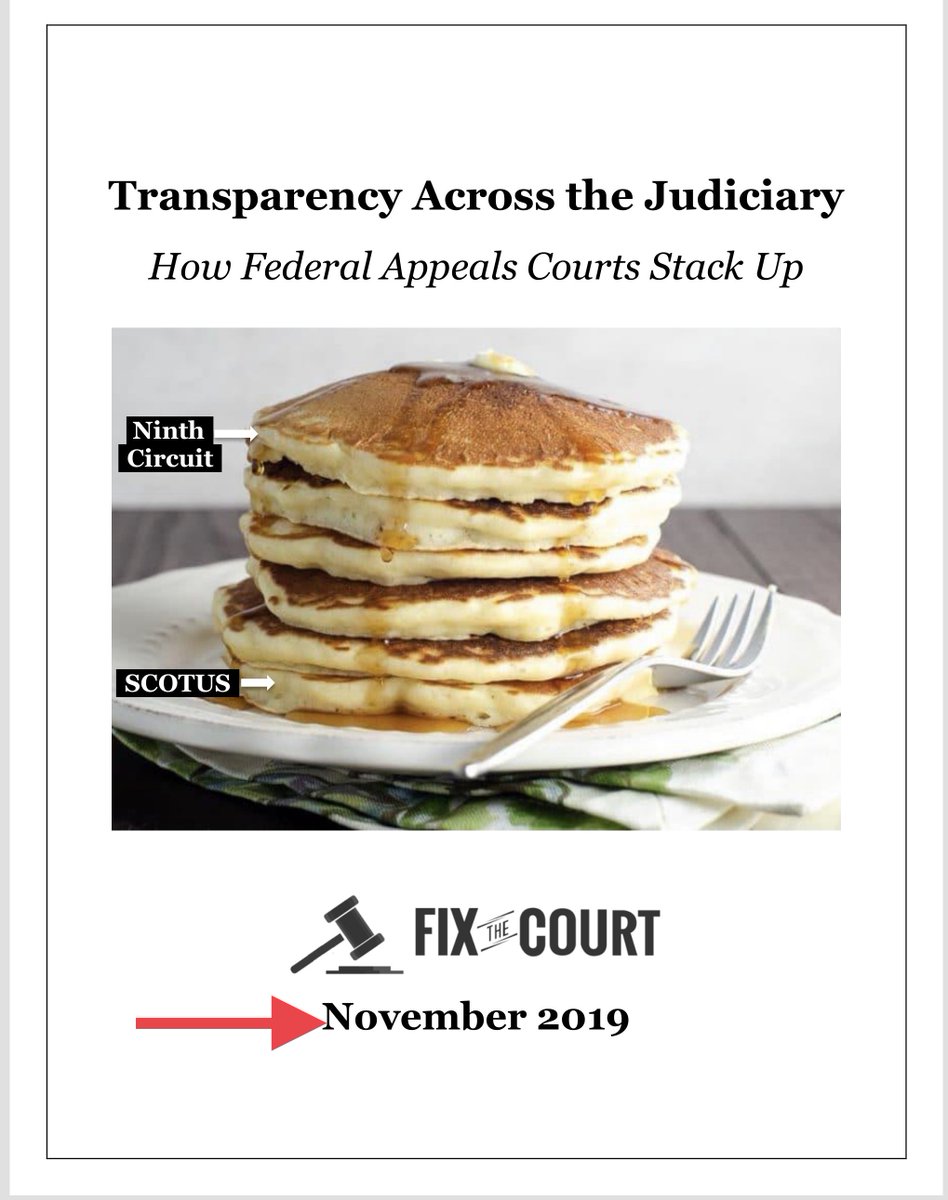 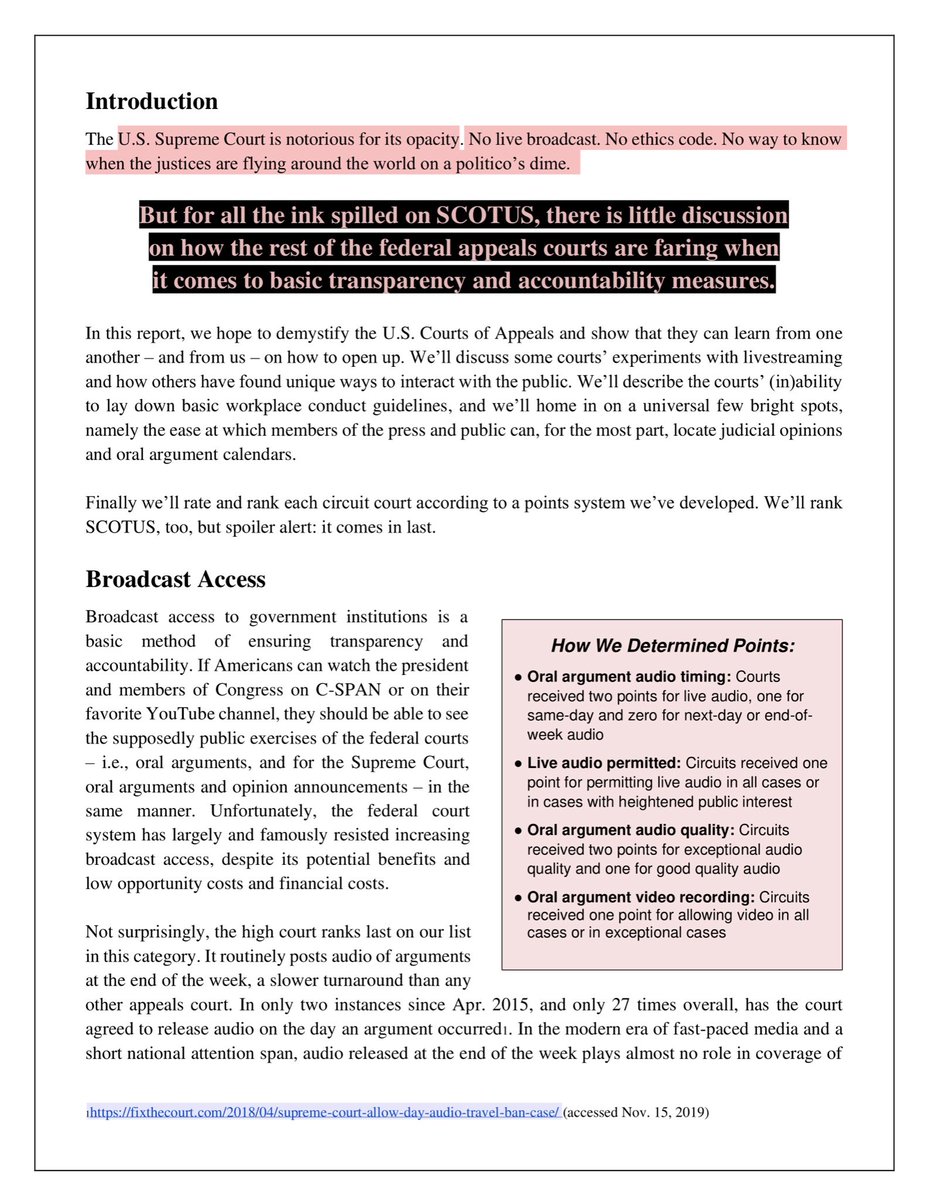 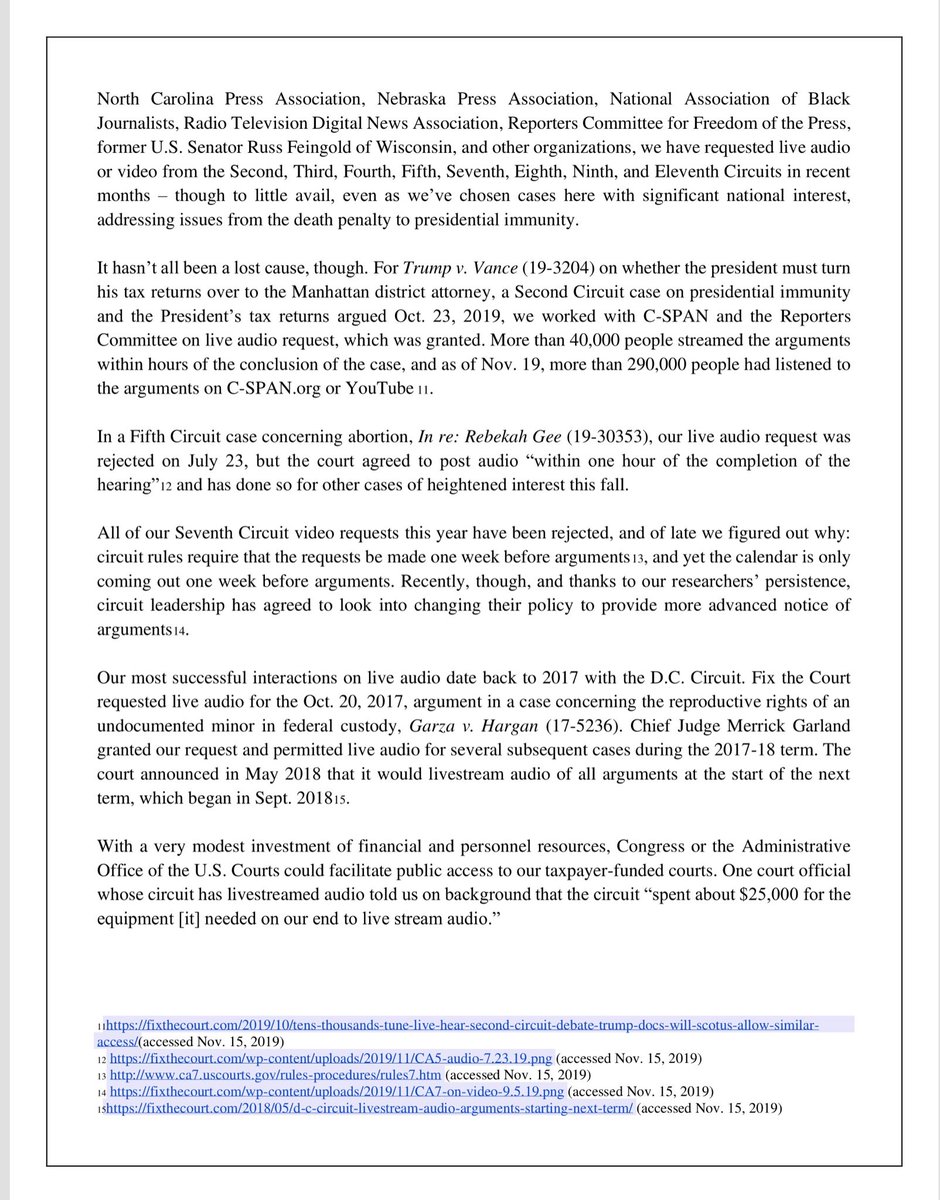 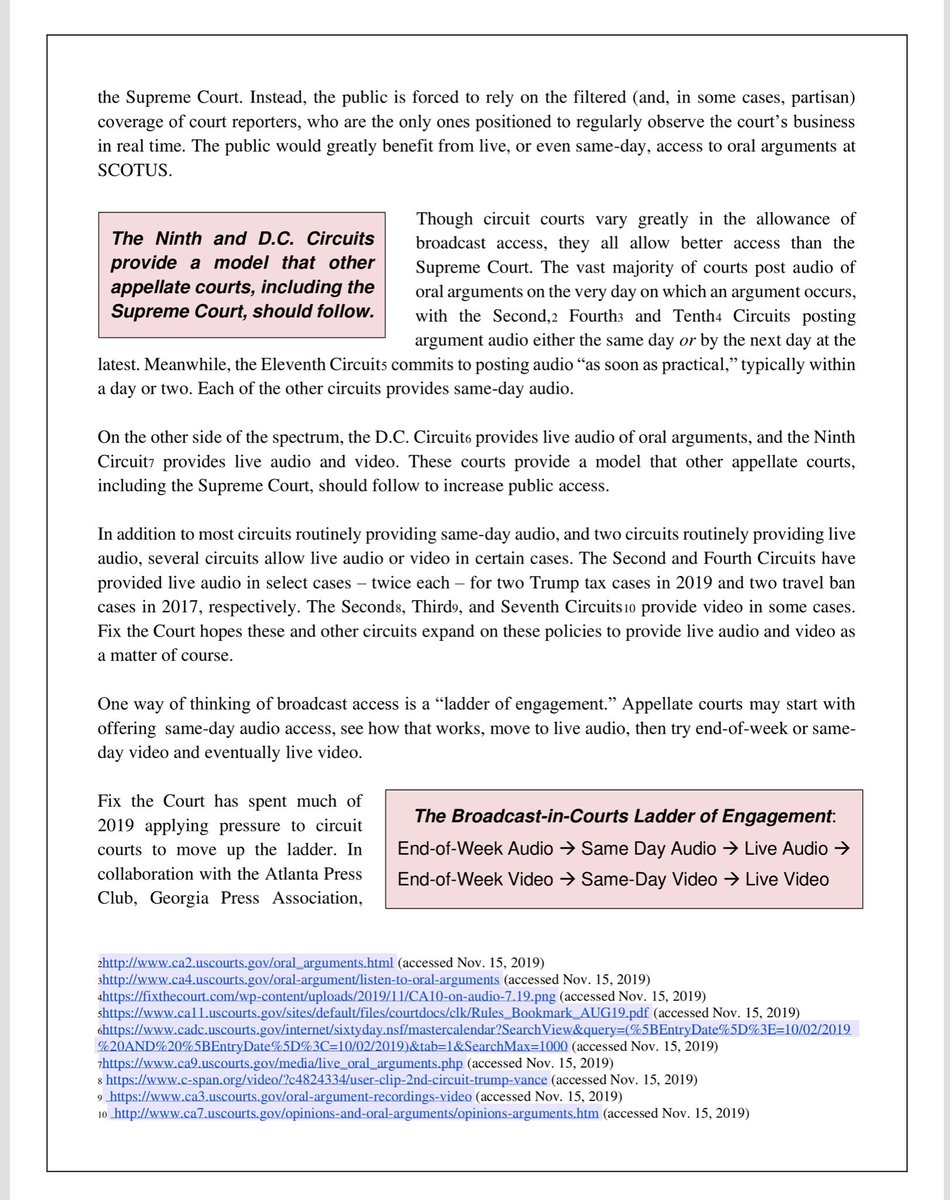 You can follow @File411.
Tip: mention @twtextapp on a Twitter thread with the keyword “unroll” to get a link to it.