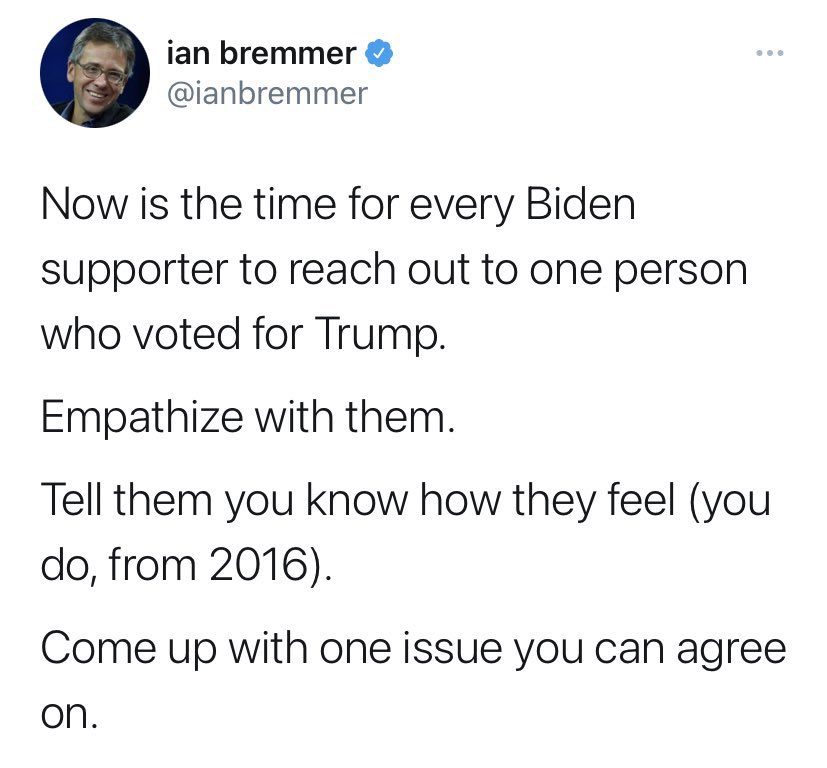 “I supported Black Lives Matter after I saw that George Floyd video. But as soon as things started burning, I couldn’t do it anymore. The police need reform, but not when there’s violence instead of conversation.”

They used the worst behavior they could point to as an excuse.
When I pointed out that, actually, Black people have been peacefully organizing for defunding the police for decades they just shrug.

When I pointed out that killer cops and burning stores are separate issues, they acknowledged that but still refused to separate them.
We can have respectful, engaging conversation until the cows come home but fundamentally conservatives claim they cannot get on board with any of the dozens!!!! of mutually agreed upon policy changes until Democrats start acting like Republicans.

Otherwise we are undeserving.
You can follow @ToriGlass.
Tip: mention @twtextapp on a Twitter thread with the keyword “unroll” to get a link to it.