Read on Twitter
It would really warm my heart if these concepts were more popular in the left:
Being right wins you exactly nothing if you have no power.
If you don't choose your battles, your opponents will choose them for you.
In the context of political contests, collective discipline is at least as important as autonomy.
Politics is not something you "have." It's something you DO. If your "politics" doesn't involve building and wielding collective power, it's not politics.
Organizing (in the classic grassroots organizing sense) means organizing people into a cohesive political force that can contest power. Planning an event or starting a FB group of self-selecting likeminded "comrades" may be a fine thing to do, but it's not the same as organizing.
The statement "The ruling class, united, will never be defeated" is probably more true than "The people, united, will never be defeated." Fissures among elites are as important for our success as the unity of our base.
Eschewing universalizing meta-narratives will not protect you from being written into your opponent's.
Our work is not to build from scratch a special sphere that houses socially enlightened/woke "activists." Our work is to align and politicize everyday social spaces; to weave politics and collective action into the fabric of society.
Knowledge of what is wrong with a social system and knowledge of how to change the system are two completely different categories of knowledge. (Too many critics fail to grasp that having the former does not automatically confer them with the latter.)
Revelations of misdeeds of the powerful induce only popular resignation if there is no viable counter-power to take advantage of the opening.
You can develop a robust political critique without bothering with questions of power and strategy, but not a robust political operation.
A leader without a social base is not a leader. Effective leaders emerge in tandem with effective organizations, campaigns, and movements.
If you’ve made it this far maybe buy my book which elaborates on all of the above. http://hegemonyhowto.org
the book

A Roadmap for Radicals

http://hegemonyhowto.org
Woke signaling is an enlightened variety of elitism.
Politics only cares about public opinion when public opinion is organized.
Organizing a popular political force requires meeting people where they are, in the spaces they frequent, in familiar language.

Clubhouses, on the other hand, require people to learn a special vocabulary and assimilate into a subculture in order to join.

Which are you building?
It is always unwise to underestimate the strengths of your opponents.

But it’s far worse to believe your opponents are all-powerful, invincible, or monolithic, as if they are somehow destined to win.
Temporary alliances are a strategic necessity—the norm, not the exception. To grow our forces and win, we can't eschew ready allies because they weren't with us in the past (or we think they'll screw us in the future). "No permanent enemies or friends, only permanent interests."
We can complain all we want about fair-weather friends and ephemeral allies throwing us / our movements under the bus—our grievances may be righteous—but in politics it's ultimately up to us to build the power, incentives, and deterrents to prevent them from being able to do so.
80/20 rule:

I was a political organizer for 12 years before I realized I had the ratio flipped.
There is a mistaken idea in some pockets of the Left that you shift the Overton Window by saying things that sound extreme to most people.

Insurgent politics can be rightwing or leftwing.

Elites can be hegemonic, but so can workers.

It depends on the agenda of those at the helm & the agenda of the mutineers.
Through the course of insurgency, the insurgents must learn also to govern. It’s the only opportunity we get to practice beforehand.
Insurgencies must tap into popular anger, are sometime impolite, and often break rules of decorum. But the core must always be aspirational, igniting a sense of possibility and cultivating collective agency in a mass base. Effective insurgents are unauthorized peddlers of hope.
The strategic dilemmas of an ascendant political left are worlds apart from the problems of little lefty enclaves.
"Activism" is a relatively new word. Its rise in usage corresponded with the rise of neoliberalism and its ethos of individualism. Activism tends to be an activity of individual self-selectors, usually from the top 10-20% of the economic spectrum. 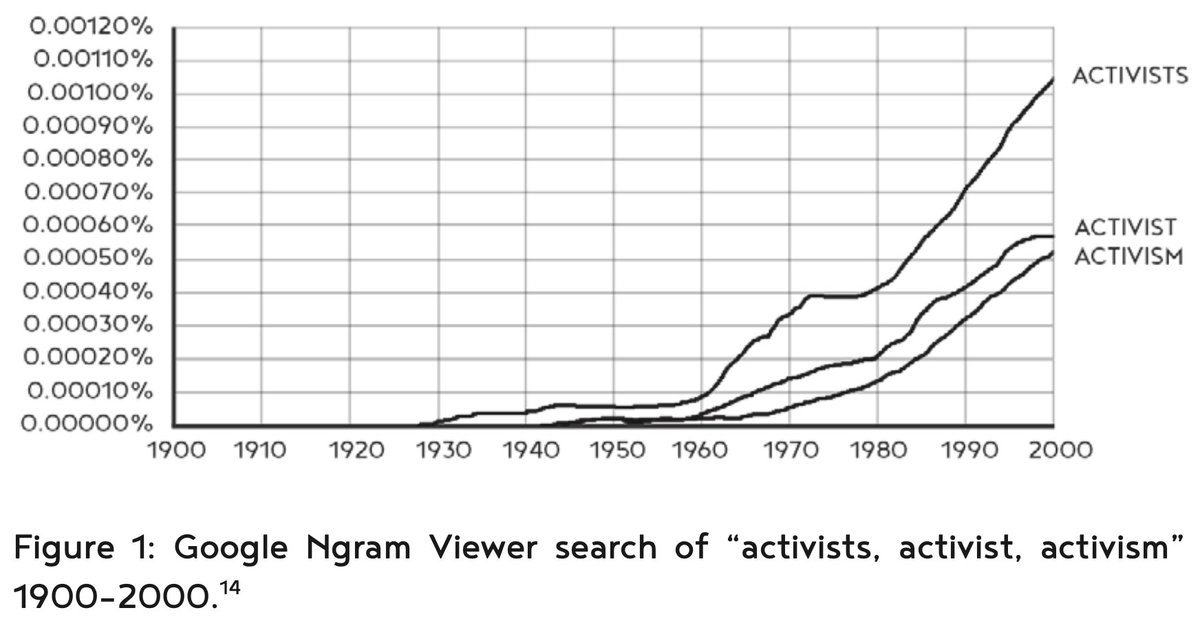 The lesson is never “The forces we’re up against are just too powerful.”

Facing tough odds against formidably powerful opponents is the nature of insurgent struggle.

It is the duty of insurgent leaders to study the terrain and learn how to win.
The question is not whether or not to polarize, but how to polarize strategically. Political challengers strategically polarize along a "bottom vs top" axis that frames their forces as majoritarian, their agenda as common sense, and their opponents as greedy elites at the top.
Unstrategic polarization examples:
- left vs right
- Democrat vs Republican
- leftists vs liberals
- protesters vs police
- righteous activists vs backward majority

Strategic polarization examples:
- 99% vs 1%
- everyday working people vs out-of-touch elites
If you are just doing ethics, you can protest hegemony from the sidelines.

If you are doing politics, hegemony is something you will want for your side (for the political forces you're building).
There's a hegemonic contest BETWEEN broad alignments of forces, e.g., the Reagan Coalition vs. the New Deal Coalition.

AND there's a hegemonic contest WITHIN those alignments, e.g., the Sanders insurgency vs. the neoliberal Democratic Party old guard.

Engage in both contests.
Protesting is righteous, cathartic, necessary, and often strategic.

But remember that they want you to stay on the sidelines, while they control the field.

They want us to resign ourselves to the margins.

Where we are now is only a way station.

The plan is to take the field.
Politics is a terrain of struggle. If you're only developing your analysis and ideology, and you're not developing specific skills and capacities (e.g., organizing, campaigning, statecraft, etc.) that help navigate that terrain, you're bringing truth to a gunfight.
Hope that it is possible to change present conditions is vitally important in political struggle. But hope is not itself a strategy to change conditions.
Taking advantage of crisis to move policies and structural changes you couldn't move before the crisis is Politics 101. The thing about "shock doctrine" is that an effective Left would be doing an effective Left version of it—instead of just critiquing our opponents for doing so.
Insurgents will never win by playing by Establishment rules.

But that's no excuse to neglect to study the current rules of the game, along with the details of political terrain as it exists presently: the balance of forces, the composition of alignments, the fissures, etc.
Look if you really don't think we can win anything, you've effectively given up. It's understandable. It's hard out there. But find another way to cope—don't pretend you're doing politics if you're really just standing on the sidelines critiquing the game.
The terrain of politics doesn't give a damn about our political opinions or the precision of our analysis.

To be a contender on the terrain of politics we need power. We must develop a force that other contenders have to reckon with.

Everything else is the sidelines.
“Uniting the Left” isn’t worth much if it’s not about aligning large social blocs and masses of people. It doesn’t matter if you unite a small handful of individual leftists—or even small activist groups, for that matter—if they haven’t built a significant social base.
We can't win what we want without power.

Signaling to a likeminded little clique does not build power (no matter how "radical" or analytically correct our positions).

Organizing a mass base into a cohesive force builds power.
Insurgent strategy must always be grounded in a sober assessment of the present balance of forces.

But it must also be grounded in a visionary imagining of how forces can favorably shift when insurgents capture the momentum.

The real trick is to hold both things at once.
Don't let people who aren't accountable to an organized base set the strategy.
Don’t demonize your opponents to the point that you neglect to study them.
Learn to claim & celebrate partial victories. Real political wins are nearly always partial, accompanied by some disappointment. But if we don’t claim our wins, then we’re not explaining to people the utility of organized collective action—providing them little reason to join us.
You can follow @jonathansmucker.
Tip: mention @twtextapp on a Twitter thread with the keyword “unroll” to get a link to it.