Read on Twitter
Now there are also #Republicans, along with some #BigOil cos that are lobbying for a Carbon TAX and pushing the #GreenScam.

This #GreenScam has been pushed by the EU and UN, and of course #China is also invoked. They all invested in this stuff already, and She’ll described as a “new business opportunity.”

http://archive.fo/G24jj
Shell claims it would rely on 3rd party auditors after being asked about lack of transparency and fraud.

Another Republican in on the scam - former Senator Trent Lott is co-chair of the advisory board along with former Democrat Senator John Breaux. 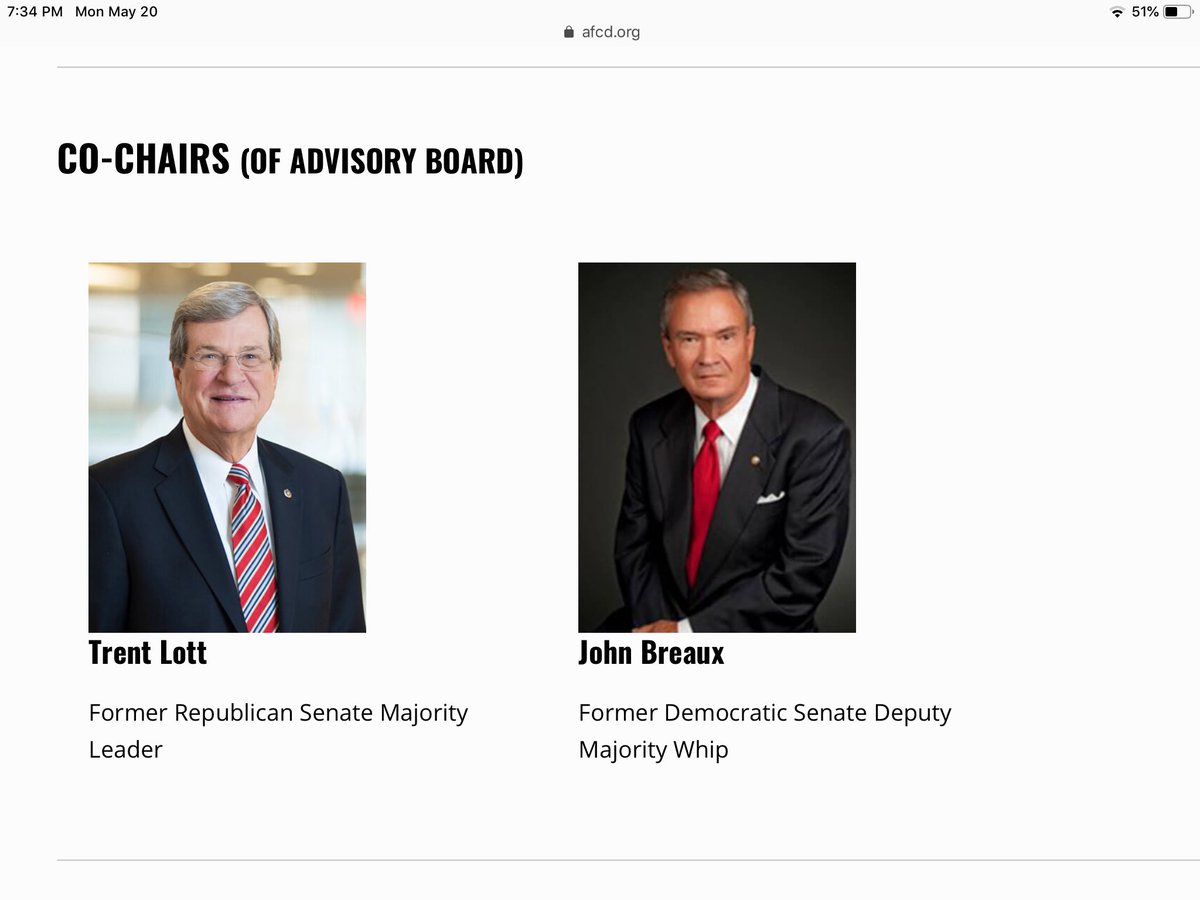 Oh look who else is in on it (no surprise here).

Former CLINTON Press Secretary Joe Lockhart And we even have a “Circus” member as an adviser. 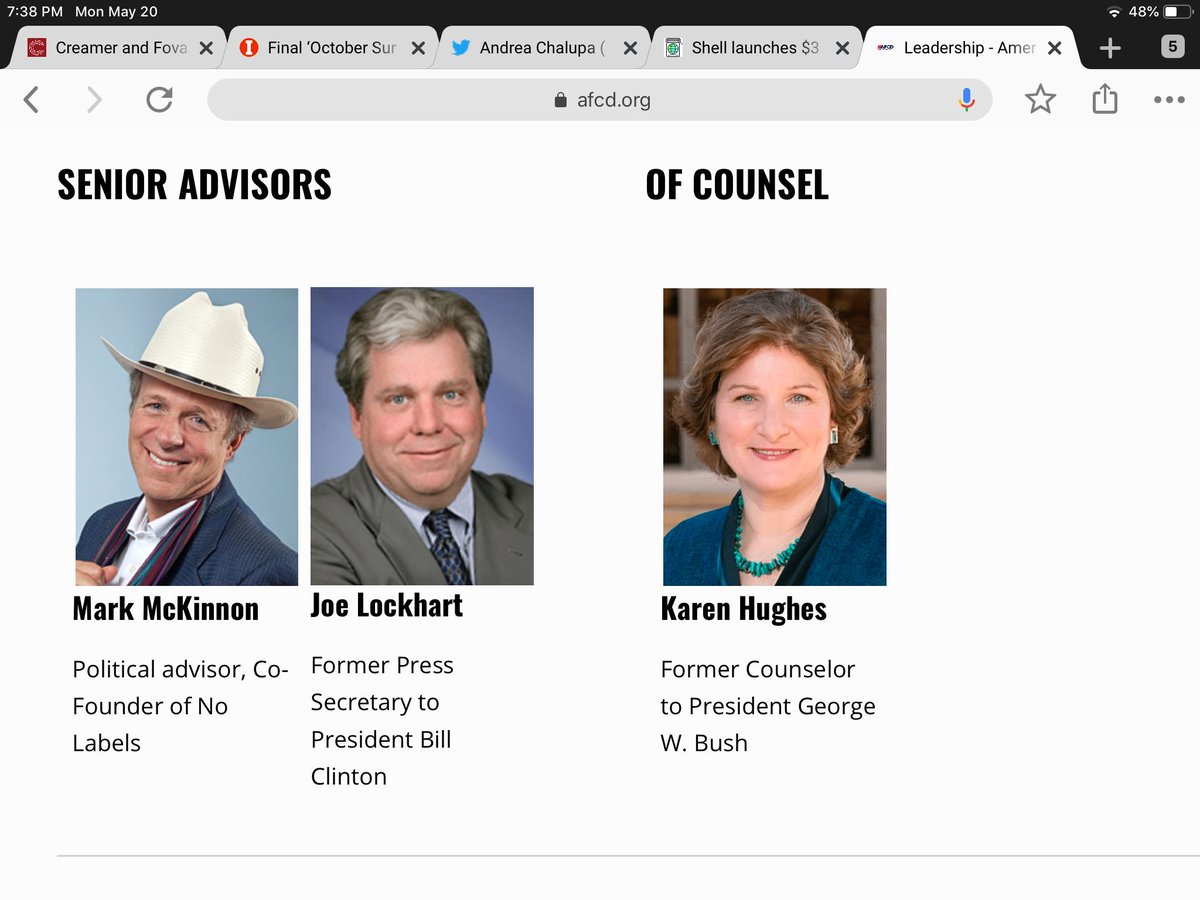 Their CEO is Ted Halstead, a progressive environmental activist. 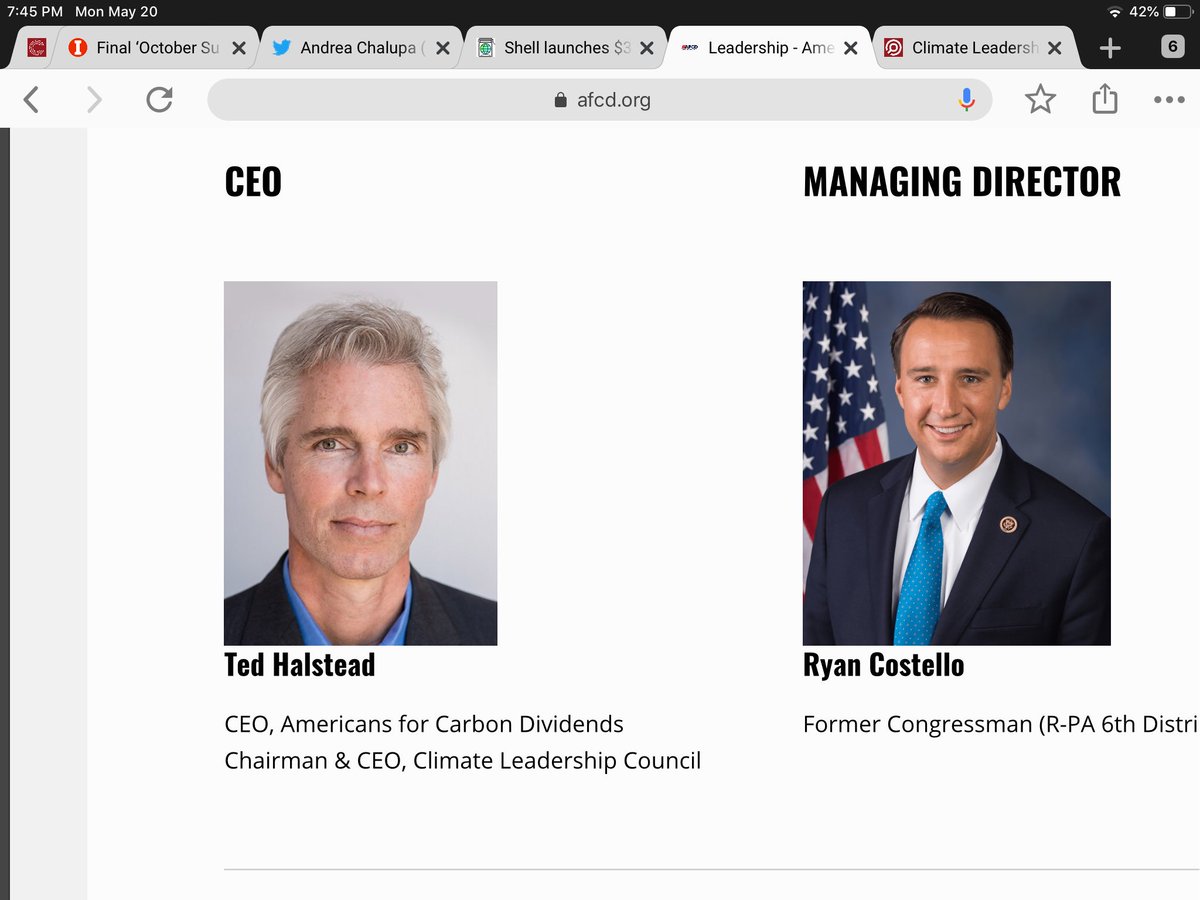 Ohhh, look who else loves Halstead: 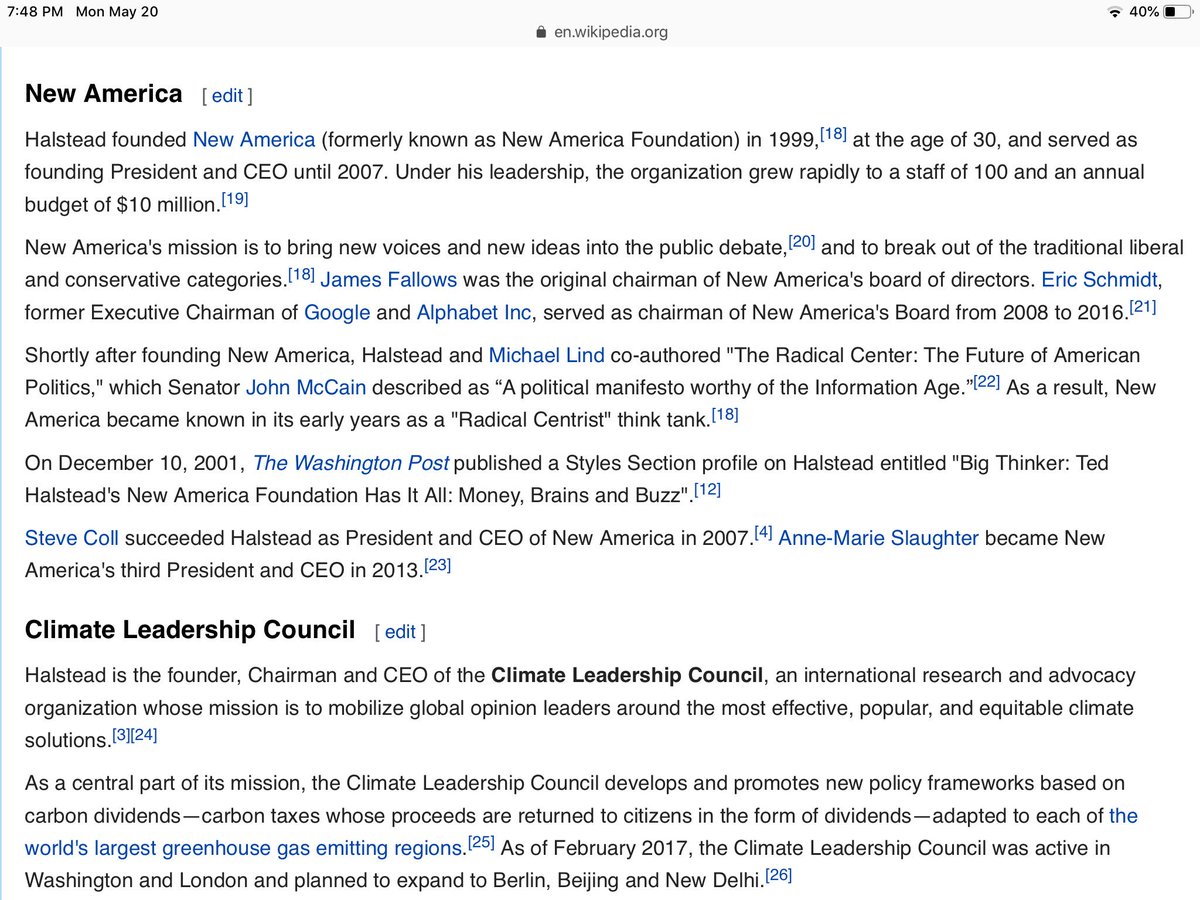 Halstead is also the founder, Chairman, and CEO of the “Climate Leadership Council,” which is active in DC, London, India, and where else but #China. 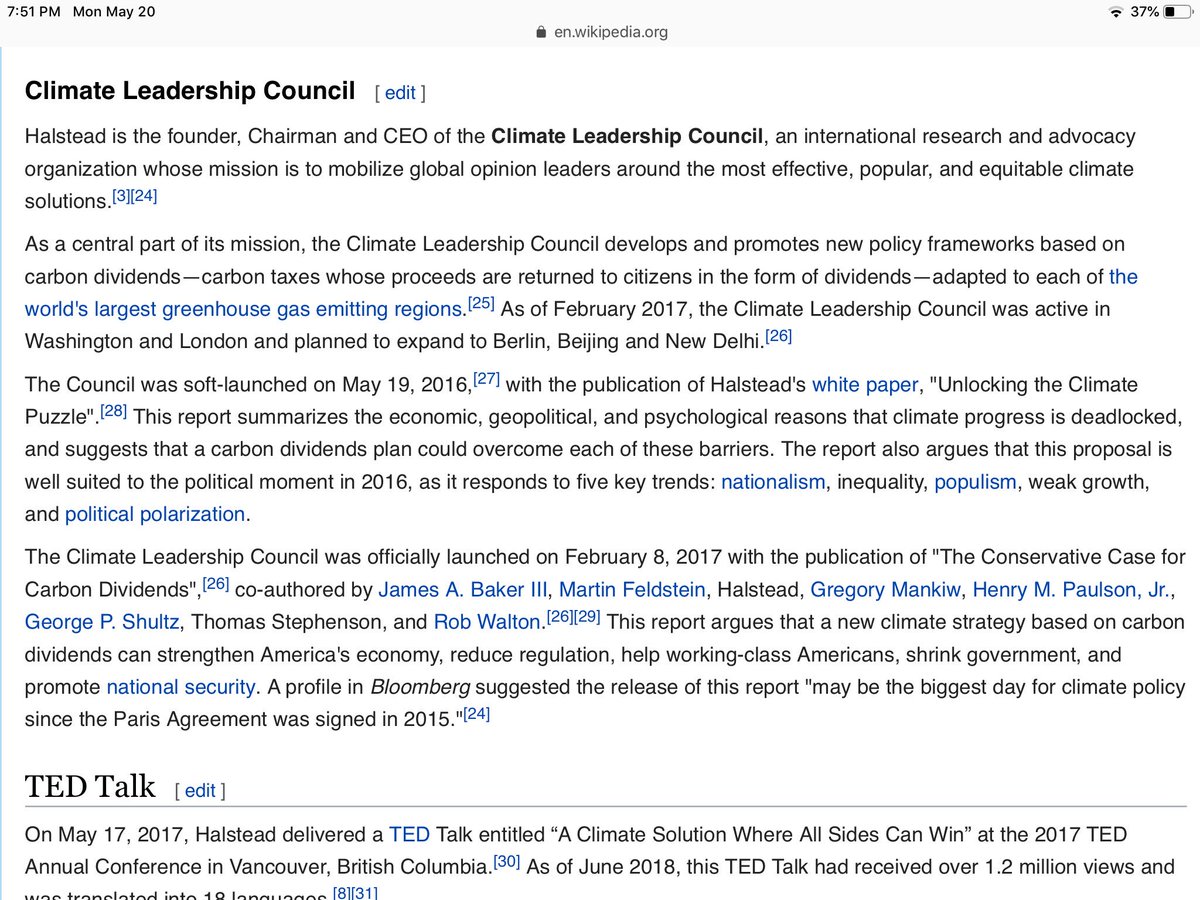 Not only do they want a #CarbonTax, they also want a “border adjustment tax,” which would penalize American companies for importing anything from another company without a carbon tax. In other words, they would impose TARIFFS on our companies. 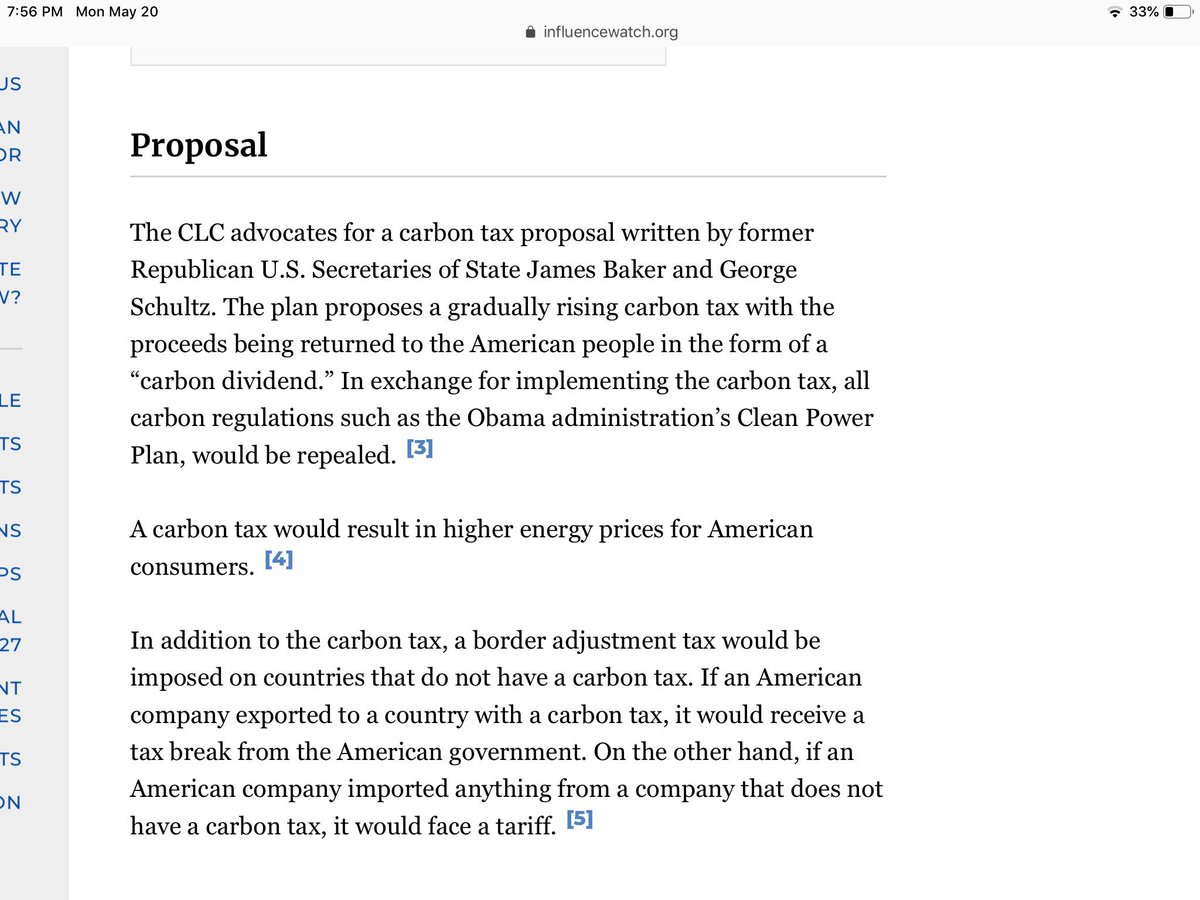 So, not only would US gas and energy prices go UP, so would the price of everything.

These are the people that have sold us all out for decades and now they’re using big companies to try do it even more. You all should be ashamed!
Funny how when you read through other articles that might at first seem unconnected, you end up finding these types of connections: https://twitter.com/MissMaga2016/status/1130871701212991491

And now "climate protesters" are protesting BP and Shell, LOL.

http://www.sunshinestatenews.com/story/russians-are-using-environmental-groups-manipulate-energy-market
The Congressional investigation into this that used to be posted on the House website is now deleted, but here's a fantastic thread by @TheChiIIum that goes into all the details. https://twitter.com/TheChiIIum/status/952875647218614272

You can follow @MissMaga2016.
Tip: mention @twtextapp on a Twitter thread with the keyword “unroll” to get a link to it.