Read on Twitter
Anything short of a full tilt #GreenNewDeal with a WW2 levelled footing to confront the #ClimateCrisis & we inevitably, utterly, shamefully fail our children & grandchildren. The task is mighty but we have the tools. Human up. THREAD #GentThreads #cdnpoli #abpoli @GreenNewDealCa1 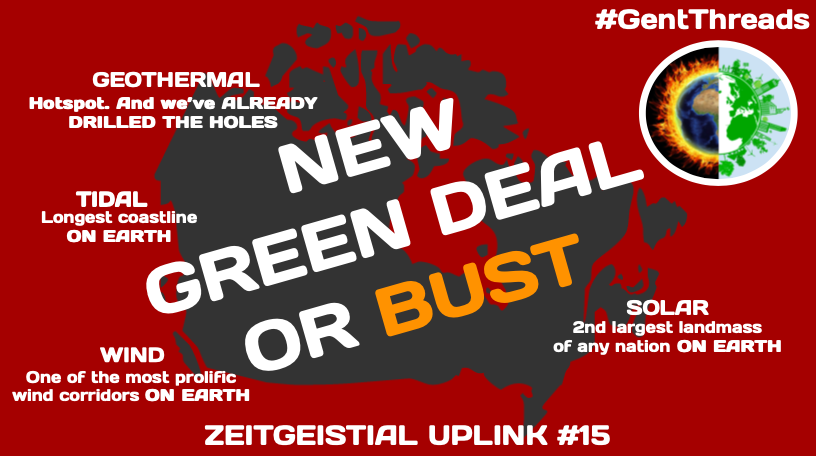 I originally entitled this #NewGreenDeal VS #TheAgeOfTheBozos but I just don't want to give them any more of my time. If you don't yet know what The Age of the Bozos is it's very possible you are enabling it. Stop doing this. That's all I'll say on it /1 https://twitter.com/TheGentYYC/status/1127318174712516608

But we don't have to start with the utterly reckless denialists, the do-nothingers & the outright monsters like @ABDanielleSmith just yet, do we? No, we don't. Let's cleanse the palate and begin /3 https://twitter.com/ThatEricAlper/status/1108186494307577857

First let's restate the problem for those of us that were too busy learning all about the Royal new baby or whatever a Kardashian is: #ClimateCrisis needs an enormous global transformation by 2030 to prevent full-blown irreversible catastrophe for our children & grandchildren /4 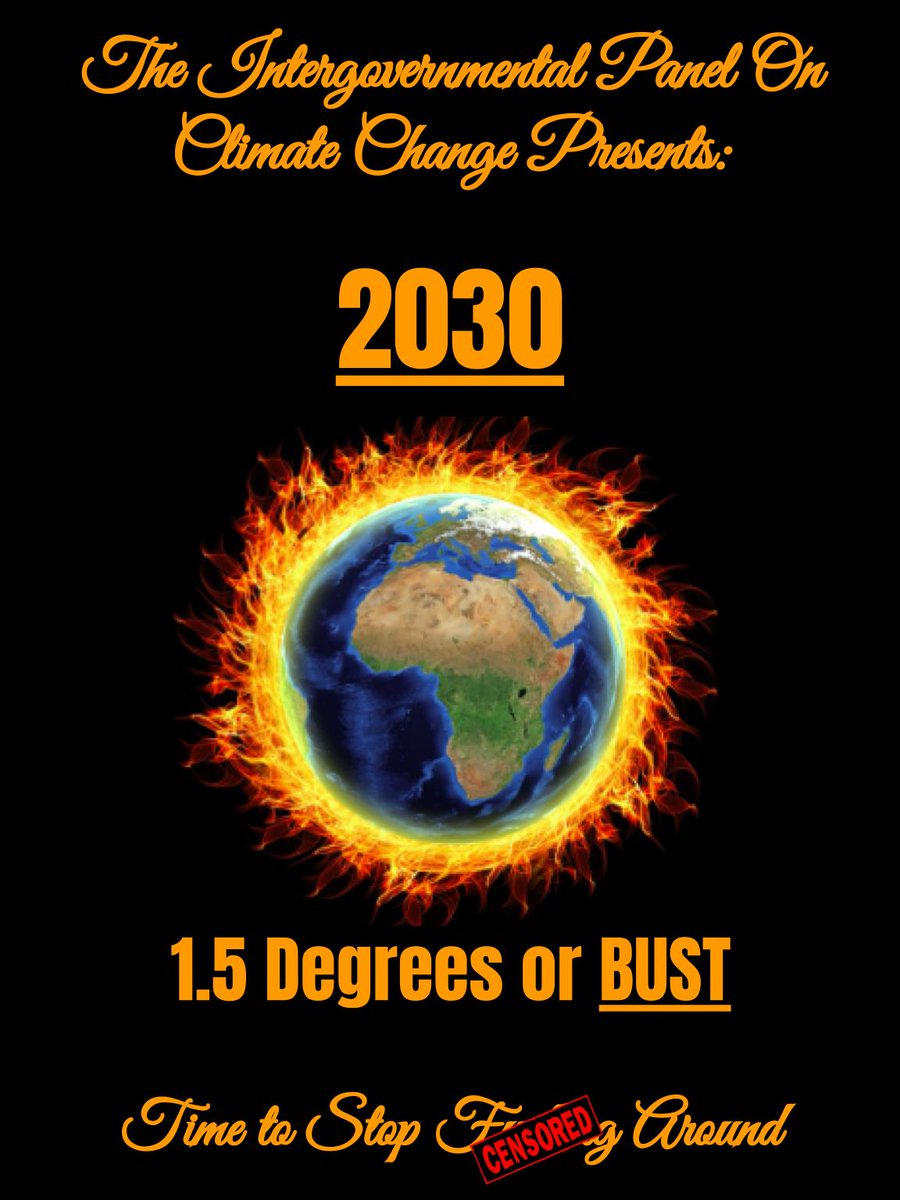 The consensus view of EVERY major scientific organization ON EARTH: the #ClimateCrisis is REAL, CAUSED BY HUMANS & demands a HUGE GLOBAL RESPONSE. The #IPCC is recognized by these groups as the world's foremost authority. Here's what the IPCC says /5 https://www.washingtonpost.com/energy-environment/2018/10/08/world-has-only-years-get-climate-change-under-control-un-scientists-say/
What I've just posted is enough for legions of reckless, fact-free, non-science, do-nothing denialists to launch their tired barrage of repeatedly debunked zombie arguments but we're not giving them the time. Just say no To The Age Of The Bozos. There you go. Shall we move on? /6
[Of course if you yourself are one of those Bozos by all means post your lame bunk. I'll be sure to eviscerate you in the after comments once the adult work is finished. In the meantime, think about becoming a better human being and maybe starting today] Great. ONWARDS! /7
The #ClimateCrisis is the greatest challenge we humans've ever faced & will touch the lives of every person in every country on the planet, life & death stakes for all creatures on land, air or sea. WW2 was a goddamned tiptoe through the tulips compared to this. So HUMAN UP /8
If you find yourself agreeing the Climate Crisis challenge & stakes > WW2, the next thought is inescapable: the planning, effort, intensity & speed with which the world mobilizes for the #ClimateCrisis must AT MINIMUM match what we did to stop Hitler /9 https://newrepublic.com/article/135684/declare-war-climate-change-mobilize-wwii
We Need to Literally Declare War on Climate Change

We’re under attack by a powerful enemy—and our only hope is to mobilize like we did in WWII.

https://newrepublic.com/article/135684/declare-war-climate-change-mobilize-wwii
In Canada's case, unlike America, we didn't hesitate to recognize the threat and join our international allies in full fledged defense of all we hold dear. Nothing less is required of us now. If anything, more. Historically, at least, we are not a 'do-nothing' people /10 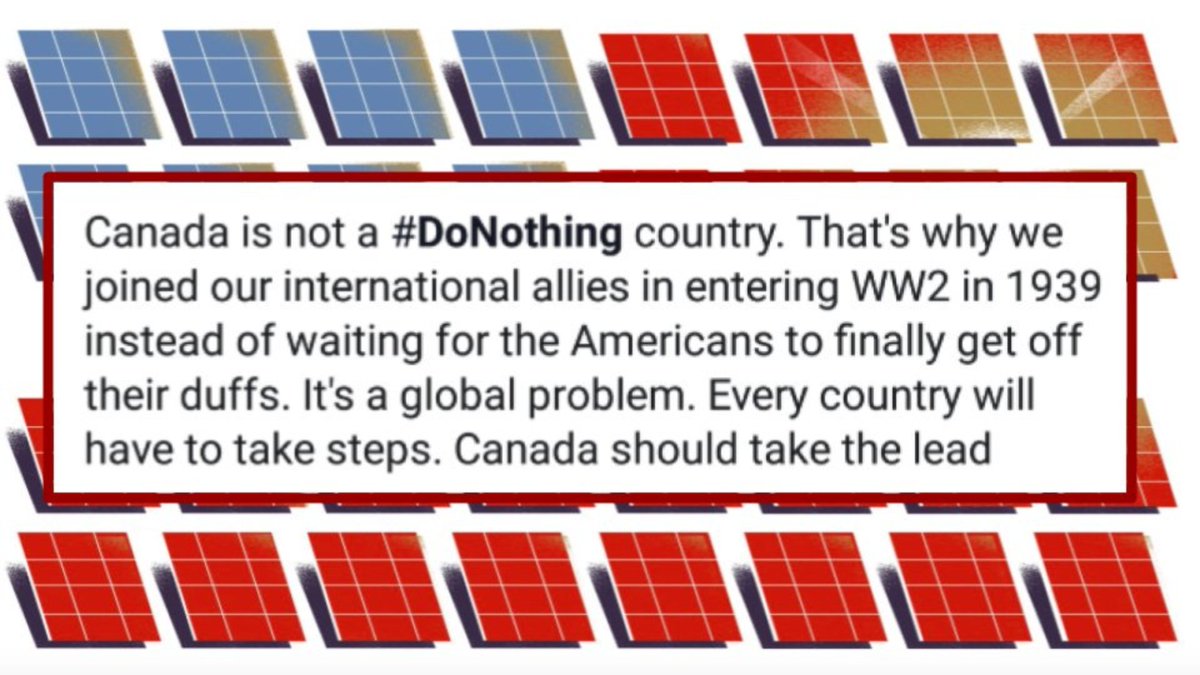 America's President #FDR had to cajole a war-weary country into stepping up to the plate as well as a #NewDeal-opposed Big Business to forge the military machine that'd eventually prove decisive vs Hitler. None of it was easy. All must be done again now. If anything, MORE /11
No dummy to say the least, FDR recruited the same brains that revolutionized the automobile industry through the same assembly line production that put the world's first *real* car, the #FordModelT into USA's garages & driveways. The same is required now but of every country /12
The maxim "a #WartimeEconomy = a good economy" didn't really hold true for WWI. Many consider it a prime ingredient of the #GreatDepression. FDR's approach to WWII in conjunction with his #NewDeal, created the strongest #MiddleClass America & possibly the world has ever seen /13
The reason *some* wartime economies are good economies are when they function, wittingly or not, as a great big fat dirty stimulus program for the whole damned country & everybody in it. Full employment. Big Booming Industry. STUFF. Getting BUILT & most importantly PAID FOR /14
Twitter being what it is it costs me nothing to ask the world's foremost authority on American Presidents, the eminently esteemed #TeamOfRivals author @DorisKGoodwin if she can back me up on what I'm saying about #FDR. The more you retweet this the likelier a response /15 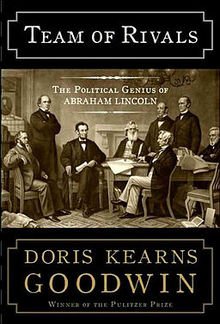 Similarly, I'd humbly ask one of the world's foremost economists and #NobelPrize winner @paulkrugman if I am or am not out to lunch regarding my description of the American's economy before, during and after #WWII.

Thanks in advance, *love* your work, 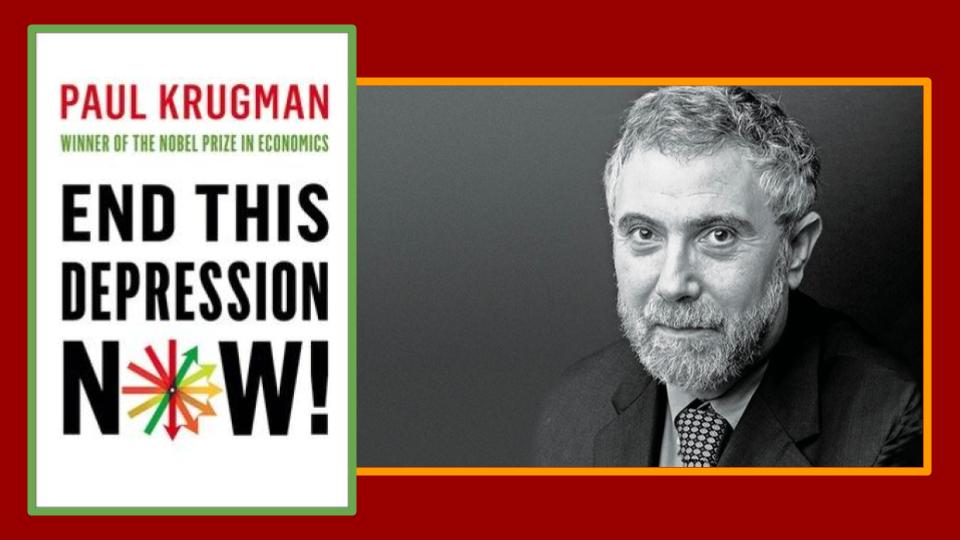 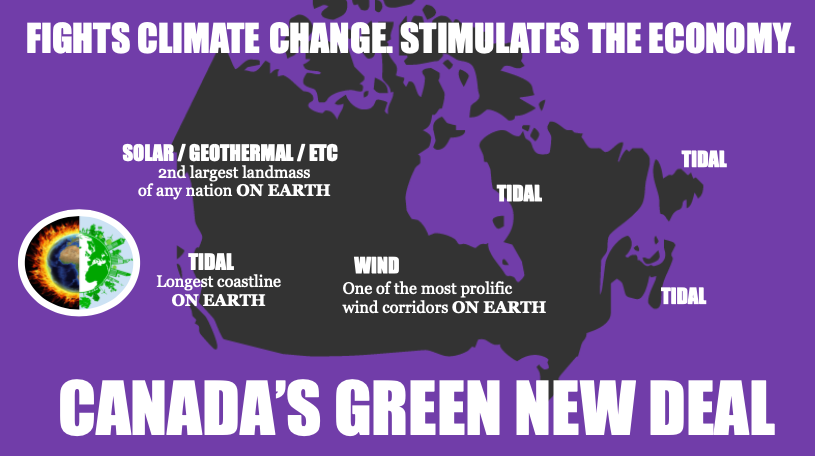 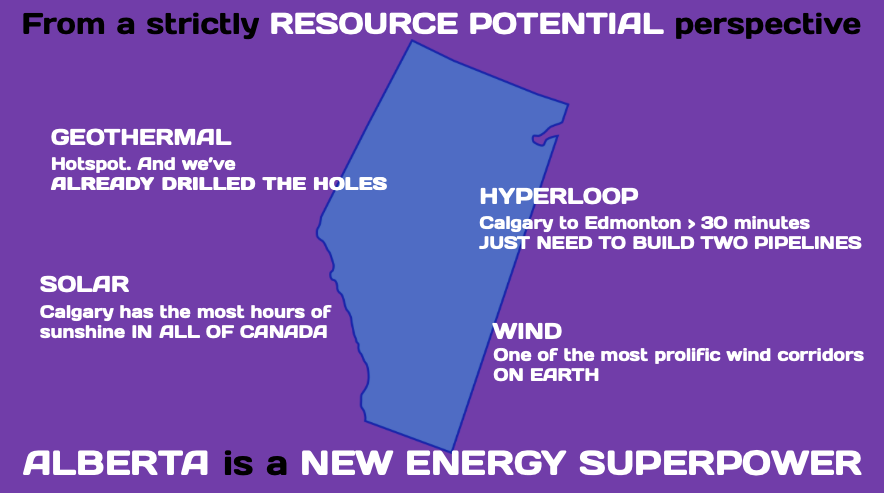 #MakeMoneyAndSaveTheWorld #HashtagsByTheGent /25
If you only care about money the #GreenNewDeal is for you. If you care about the #ClimateCrisis the Green New Deal is for you. If you care about being able to look your children & grandchildren in the eye once they figure out the real deal, THE NEW GREEN DEAL IS FOR YOU /26
Personally a #GreenNewDeal is for me. Means if you'd like my support in any capacity i'm going to want to hear you say it, especially if you want my vote: "I support the Green New Deal." And we keep losing til we win. Because nothing else gets it done /27
That Pacino speech just made me legit tear up a little bit. That said it's 4 in the morning & I'm not not drunk. #NotNotDrunk #HashtagsByTheGent #YoureWelcome /28
Dear Gods, I still have to deal with @ABDanielleSmith's utterly despicable & proto-fascistic attack on a 16 year old kid & a Canadian #GreenNewDeal the other day. I'm not ready for it. I don't want to go to bed with that garbage festering on my brain. I don't have to. Not yet /29
Rather go 180 degrees in the opposite direction: If one person brought a #GreenNewDeal to popular consciousness it's the incredible @AOC who did the hard work of beating comfy & compromised incumbents in elections through hard work & addressing real issues for real people /30
. @AOC is tough, *so* inspiring & running circles around a morally bankrupt Republican Party & a Democratic Party entirely impotent in the face of crime and tyranny absent the Class of 2018's bright young multi-colored/gendered leadership /31
Here's @AOC once again making the case for the level of #GreenNewDeal that will actually address the #ClimateCrisis. Nothing less will do /32 https://mashable.com/video/aoc-green-new-deal-message-from-future/
Here in Canada I get a little pushback. "Why are we naming our thing after an American thing?" I get that. Truly. But a #GreenNewDeal has GLOBAL MOMENTUM right meow so suck it up, friends. The #ClimateCrisis is challenging enough without making things tougher for ourselves /33
Besides, FDR's #NewDeal has invaluable merit as we forge an impactful #GreenNewDeal. What's the 2019 #ClimateSavvy version of his 'Public Works' effort that put folks to work building much-needed roads & other new infrastructure? /34 http://cleanenergycanada.org/how-infrastructure-could-build-canadas-clean-economy/ @cleanenergycan
How infrastructure could build Canada’s clean economy - Clean Energy Canada

Over the next decade, $180 billion is earmarked for roads, bridges and other public projects. It’s a massive opportunity to cut emissions.

http://cleanenergycanada.org/how-infrastructure-could-build-canadas-clean-economy/
FDR's New Deal #CivilConservationCorps PAID YOUNG FOLKS TO PLANT TREES. HOW RELEVANT IS THAT?!? A #GreenNewDeal could offer the same, also address forest fire mitigation, orphaned oil wells or building up flood risk zones or you name it /35 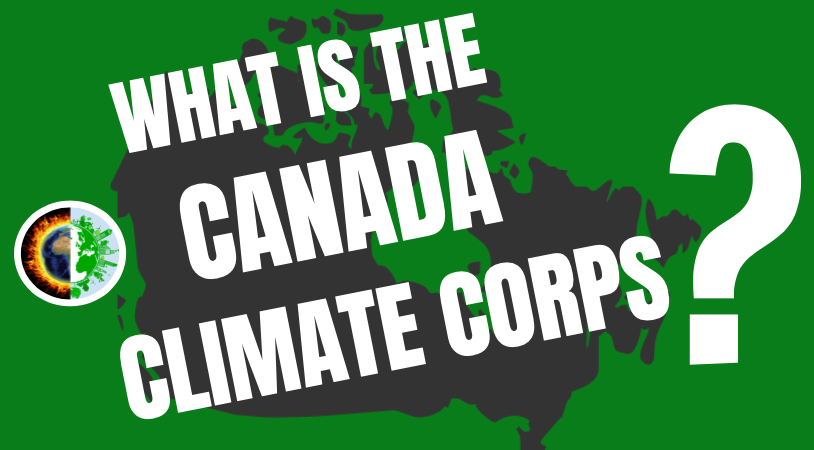 The #NewDeal's central tenants of "Relief, Recovery & Reform" could probably slip quite nicely into a #GreenNewDeal's "Climate Adaption, Mitigation and Drawdown". /36 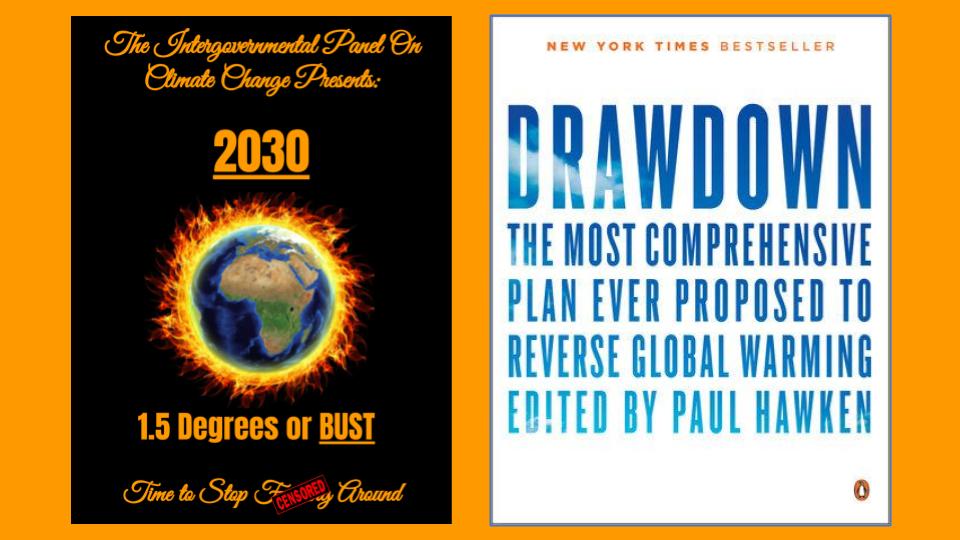 https://www.patreon.com/TheGentYYC
And finally, if you're getting value from this thread you may want to check out my "Genthology", containing 30 threads (and counting) on all the biggest, most critical issues of our time. Buckle up and bring whiskey. https://twitter.com/TheGentYYC/status/1282842353980411905