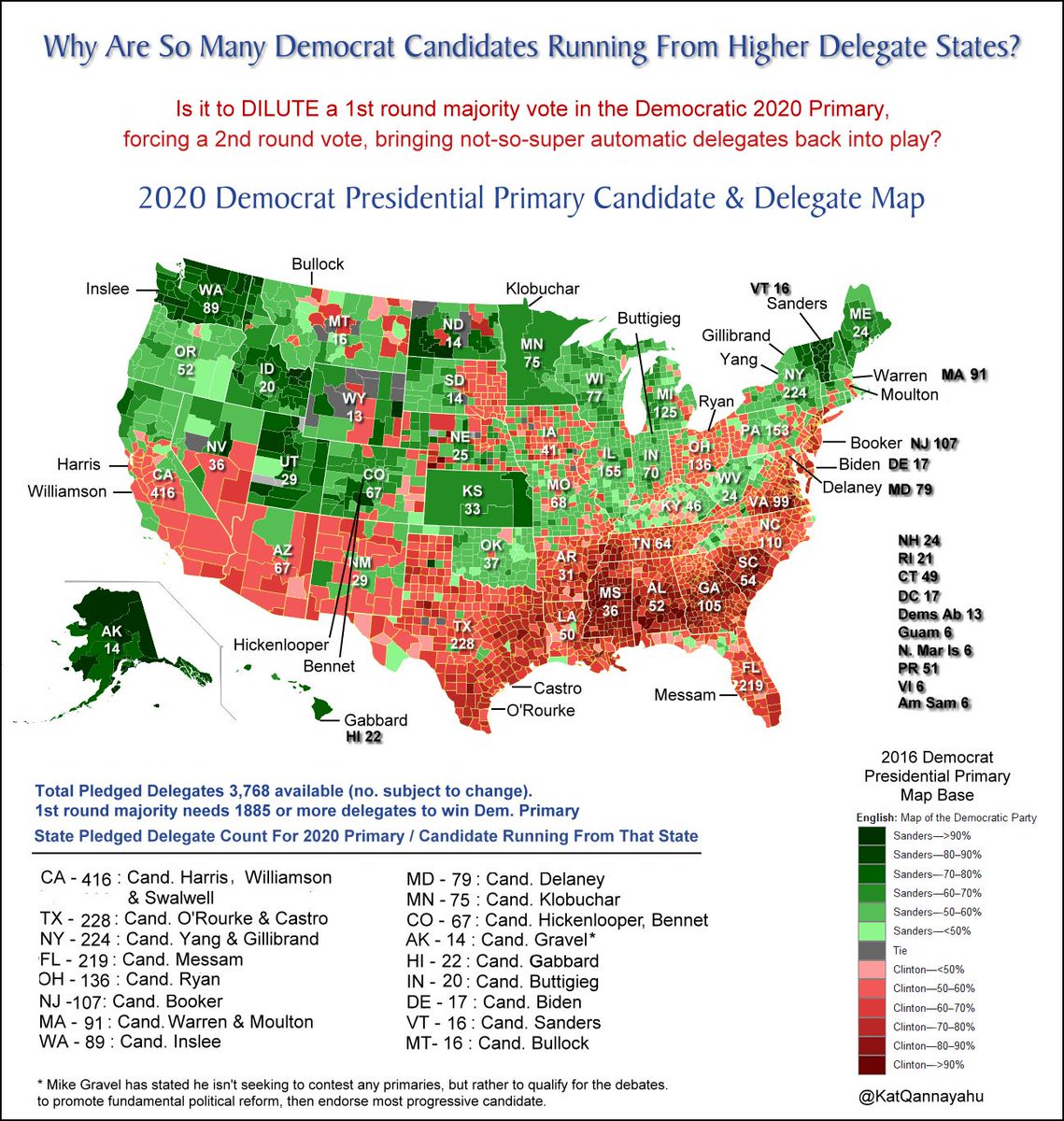 2/
August 2018, @DNC voted (as a concession to #Progressives ) to remove not-so-super automatic delegates, but only for 1st rnd voting. A real reform would have removed them entirely - hence the flood of Dem. candidates - an end run around to concession.
https://demrulz.org/news/dnc-members-its-time-to-reform-superdelegates

3/
Since the 1982 Hunt Commission creation of not-so-super automatic delegates to prevent #Progressives from being elected, graphic

shows how many candidates ran each election vs no. that withdrew before #DNC Convention. 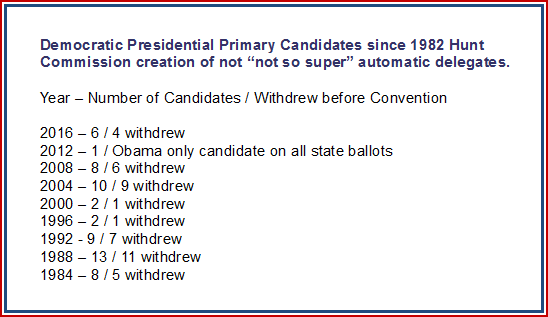 4/
Remaining high pledged delegate states (without declared homeboy candidate to dilute 1st rnd majority vote) 100 or above are Georgia, Illinois, Michigan, North Carolina, & Pennsylvania. See post 10 below about PA and Biden.
5/
1982 Hunt Commission created Automatic delegates (not so "super" delegates, they like elitist view) specifically to keep #Progressives from winning #Democrat Primary. Automatic delegate votes are not democratic, do not represent the people. http://inthesetimes.com/features/superdelegates_bernie_sanders_hillary_clinton.html
The Secret History of Superdelegates

712 Democratic officials will decide the nomination—just as the party planned it.

http://inthesetimes.com/features/superdelegates_bernie_sanders_hillary_clinton.html
6/
There is a war against #Progressives, rules put into place to prevent a Progressive, Of the People, By the People, For the People platform from taking office again. We have to fight that much harder for the #NewDeal, #CivilRights, #EconomicJustice, #SocialJustice we deserve. 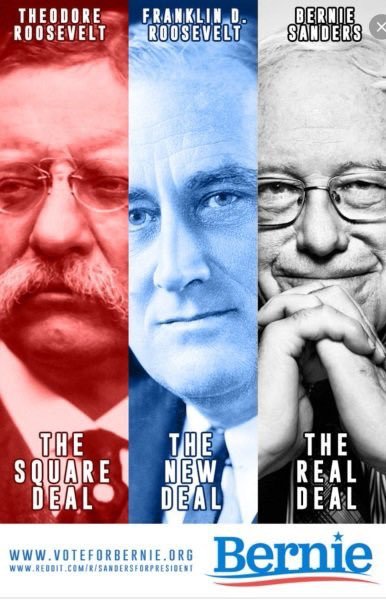 7/
Former FBI Dep Asst Dir Terry Turchie (2000-2001) - "When I first got into the FBI (almost 29 yrs) one of missions of the FBI in its counterintelligence efforts was to try to keep PROGRESSIVES and Socialists out of government."
8/
In 60s, activists across US, esp. #Progressive PoC leaders, incl MLK & Malcolm X, both of which were espousing Democratic socialism/socialism in their latter days, were assassinated & murdered setting #EconomicJustice & #SocialJustice mvmt backwards. We can regain revolution. 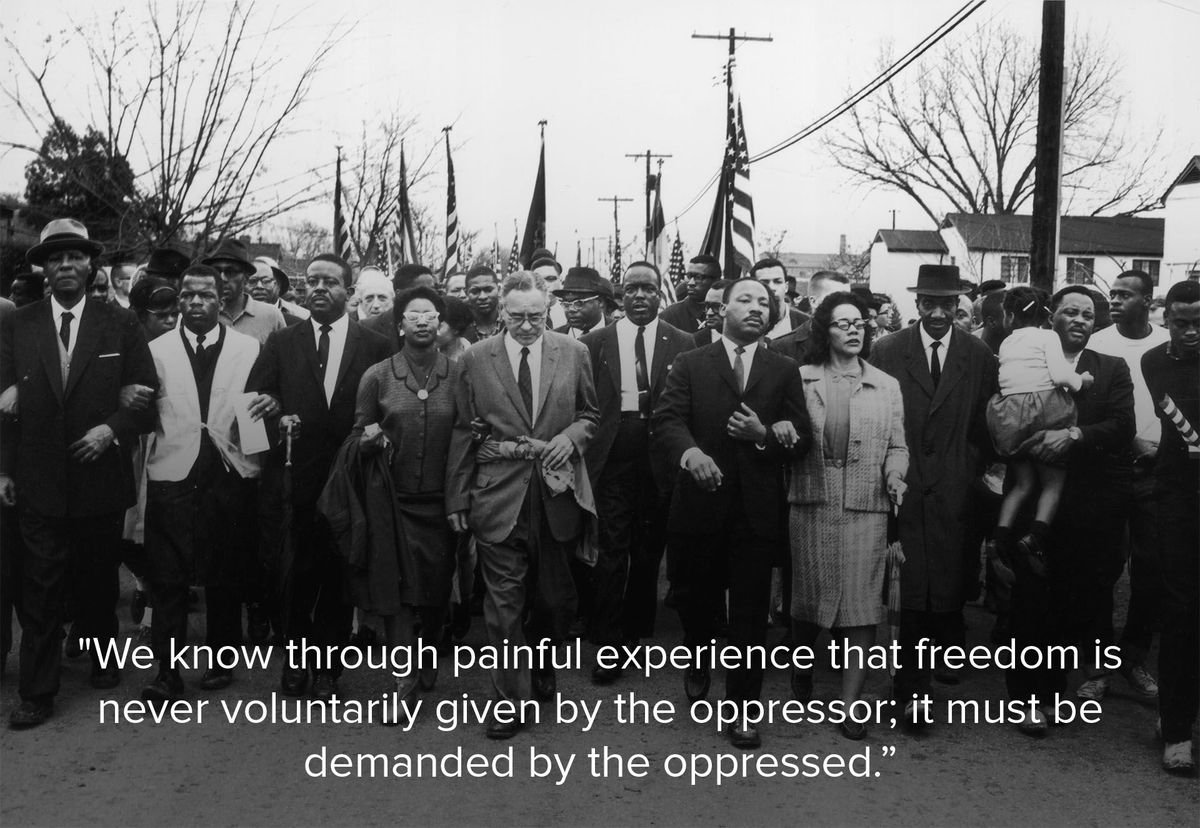 At the core of democratic socialism is a simple idea: democracy is good, and it should be expanded.

https://jacobinmag.com/2018/07/democratic-socialism-democracy-ocasio-cortez
10/
Biden is from small delegate state, DE (17), but is a native from connecting Pennsylvania, which is a high pledged delegate state - 153. He held his 1st public event there. "Scranton-born Biden signaled heavy PA focus. He will hold rally in Pittsburgh Mon."
11/
Latest candidate to enter #DemPrimaryPacking is MT Gov. Bullock. "Realistically, Bullock’s run is all about IA, & it is place he has so far invested in...will barely campaign elsewhere over next 10 months + NH, NV." Utilizing Hillary Clinton staff. https://www.theatlantic.com/politics/archive/2019/05/steve-bullock-2020/589291/
Democrat Steve Bullock Won a Red State in 2016. Can He Beat Trump in 2020?

The governor of Montana thinks there’s still room for one more in the crowded Democratic primary field.

DNC's only delegate requirement, "Delegates elected to the national convention pledged to a presidential candidate shall in all GOOD CONSCIENCE reflect the sentiments of those who elected them." 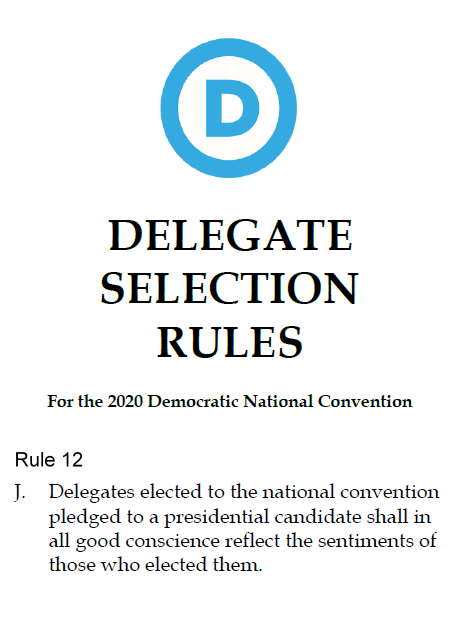 Michael Bloomberg’s rumored run for the Democratic nomination is about as cartoonish an indictment of America’s two-party system as can possibly be imagined.

2016 #DemocraticPrimary rigger @DWStweets - "Unpledged delegates (automatic/ superdelegates) exist really to make sure party leaders & elected officials don't have to be in position where they're running against grassroots activists."

Undemocratic!
16/
In last 3 days, 3 Dems have withdrawn from Dem primary race - Sestak, Bullock & Harris today. Is this an attempt by DNC to focus attention to another #Neoliberal Dem or possibly usher in another? Cause they are certainly not going to throw in the towel against @BernieSanders.
17/
Big #DemocraticParty #Fuckery news are the millions being spent by the billionaires Bloomberg & Steyer on ads: $142M - Bloomberg & $67M - Steyer. 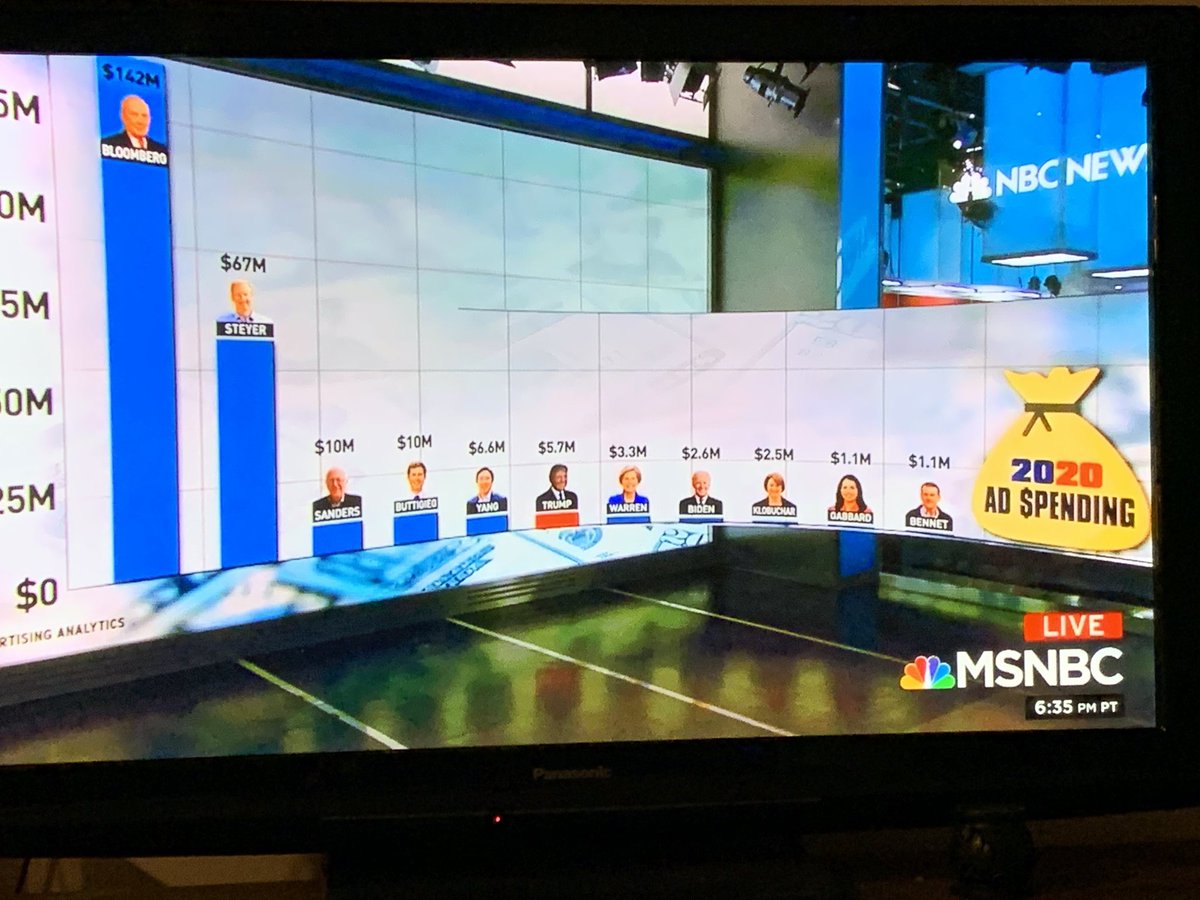 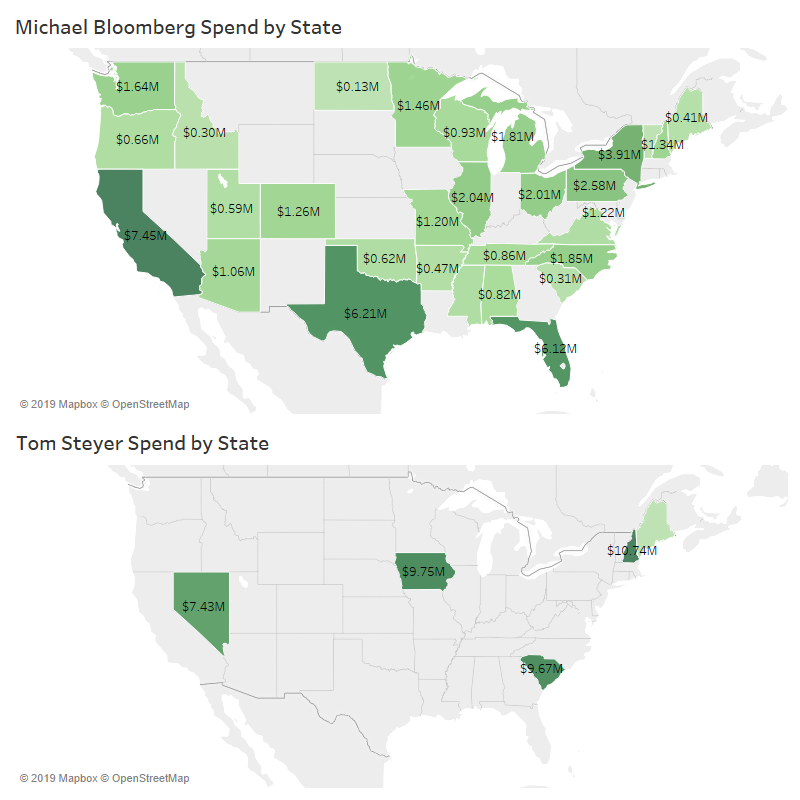 Thanks @BWilliamsMont for the heads up on article https://www.washingtonpost.com/politics/2020/01/17/democratic-primary-delegates/?arc404=true
The Democratic Party’s presidential delegate process | The Washington Post

To become the Democratic Party’s nominee, a candidate needs to win a majority of the party’s delegates. Here’s where the race stands.

20/
Petition to @DNC to remove John Podesta from any 2020 DNC Convention Committees, due to Podesta being one of the central figures that plotted to select rather, than elect, the party's nominee in 2016.

John Podesta Must Be Removed from DNC Convention Committees

Democratic party insiders opened up to the wrong person when they talked about how the nominees have already been chosen, even though there…

https://medium.com/@ruthannoskolkoff/party-insiders-talk-cheating-rigging-and-smearing-517601f1d9bb
23/
#DNCFuckery rule change for Bloomberg
“Now, at this late hour, to change @DNC rules to accommodate a billionaire who wants to buy his way into party would be unconscionable. No one should be allowed to buy their way onto debate stage or nomination.” https://apnews.com/1c843464b2024e09dab72f7e25230021
Bloomberg could qualify for debates under new party rules

DES MOINES, Iowa (AP) — The Democratic National Committee has dropped grassroots fundraising qualifications for the party’s Feb. 19 debate before the Nevada caucuses, opening the possibility that...

Fuck the Russians, corporate #Neoliberal #DNCFuckery destroying our #Democracy from the inside. https://www.politico.com/news/2020/01/31/dnc-superdelegates-110083
DNC members discuss rules change to stop Sanders at convention

The talks reveal rising anxiety over the Vermont senator's momentum on the eve of voting.

https://www.politico.com/news/2020/01/31/dnc-superdelegates-110083
"That is exactly what they want us to believe.
Do not enter that world of despair.
DESPAIR IS NOT AN OPTION!!!" - @BernieSanders

Internal correspondence provided to Yahoo News demonstrates that national party officials had extensive oversight over the development of the technology.

On Nevada #DemocraticDebate tonight, candidates were asked should candidate w/ most delegates win (if it is not the 50% + 1 or should the undemocratic @DNC superdelegates rob our #Democracy?

31/
Only thing that's "over" @HardballChris, is fascist stranglehold over media & minds y'all have had.

We're gaining momentum to take back our #DemocraticParty, America & #Democracy.

The #NotMeUs #Revolution is marching back to the #Left.

Hall of the Mountain King

33/
After South Carolina Primary, Steyer and Buttigieg withdrew their campaigns, we currently have 6 Dem candidates still in the race.
34/
After Gabbard qualifies for Dem Debate - #DNCFuckery rule change to eliminate @TulsiGabbard from Dem Debate, to protect Biden from his bad history & failing mental capacity.

Explore current and historic federal campaign finance data on the new fec.gov. Look at totals and trends, and see how candidates and committees raise and spend money. When you find what you need,...

You can follow @KatQannayahu.
Tip: mention @twtextapp on a Twitter thread with the keyword “unroll” to get a link to it.