Read on Twitter
A thread about #QAnon and #Qanons, @GenFlynn's army of Digital Soldiers and target of the largest public disinformation and gaslighting campaign by the mainstream media in history.

Can't attack the message,
or messenger,
so they attack YOU the reader!
One cannot believe in #QAnon because it is a psyop designed to (a.) cause panic in the targets of #TheStorm. However, one can care deeply that the information is consistent, well-organized, and validates progressively as the operation progresses. @POTUS launched on Oct. 5, 2017.
Q is (b.) a numbers channel of the U.S. Army (Military Intelligence) (ref: Q755) broadcasting from one to all, white hats and black hats combined. #QAnon is the first numbers channel to acknowledge the bystander by announcing IRL events a few days in advance prompting attention.
Q operates at the edge of the web where it can't be censored. Its messages are aggregated on sites such as http://qmap.pub . #QAnon is (c.) proof of a MILITARY ACTION PLAN, a concerted global policing effort to end "Corruption and Serious Human Rights Abuses" (EO 12/21/17)
#QAnon is an encyclopedia of content based on 2675 msgs. There are many educational goals to the platform. (d.) Q uses the Socratic method to ask the reader to do their own research. 100% of the info required to understand our world is already out, just obfuscated and suppressed.
Q followers (e.) collaborate online in dozens of study groups to read all information required and grok conclusions. #QAnon followers have built impressive databases of interdicted information such as the 6538 http://resignation.info  while the media suppresses this notable trend.
Resignation.info | Notable Resignations Worldwide

http://resignation.info
Yet, hundreds of thousands of people can't even process the insurmountable amount of data published by the CIA, DoJ, DoD, IG, FBI and Wikileaks. Study, study, study... #QAnon Qniverse is people from all walks of life, all ages, compare notes about life & are kind to each other.
Q has a lot of very invested media-backed detractors who are tasked with making you believe that #Qanons are mean, violent, right-wingers who exist on a scary forum full of pr0n.

All to keep sensible good people from finding out the truth about the deceptions terrorizing them.
As time moves on it becomes almost impossible to grok Q if you haven't followed it from day 1. You have been so disinformed and misinformed about Q that it's unlikely you could ask a good question. That's on purpose. You are not supposed to read and head this thread either #QAnon
One of the largest targets of the #QAnon dissemination effort is the mainstream media. Q blatantly lists all media personalities who have complicated arrangements with foreign powers or receive considerations for their positive coverage on command. Q has named names...
When #QAnon talks about "Serious Human Rights Abuses" it encompasses the business of Human Trafficking. This is a topic that is interdicted in the News. Media will obsess over butt grabbing incidents but not report on the immensity of the SLAVERY problem or *historical* crackdown
Spoiler alert: #TheStorm is a focussed multi-year plan that destroys the kind of corruption that uses humans as currency and product. It a pyramid scheme that can see a small child rise up the food chain from a war-torn country into the hands of Elites who truly feel protected.
Modern Slavery in all its forms is a problem that I have studied since General Colin Powel told me (and you) all about it in 2001. The problem has only gotten worse and its perpetrators celebrate their lifestyle loudly on social media.

https://2001-2009.state.gov/secretary/former/powell/remarks/33486.htm
There is nothing that any individual can do to stop the lifestyle of people who feel incredibly proud of their ability to govern the global slave trades & indulge in the same activities their bloodline ancestors enjoyed thousands of years ago.

@POTUS @USMC are giving it a shot!!
#QAnon is not a conspiracy theory because it is just an info feed. It is portrayed as "a deranged theory that claims important people will be arrested for crimes!", its detractors display the "You can't touch us!" attitude -> these operations were protected for national security!
But no more. Since January 20, 2017, the global networks of human exploitation which often feat. old family and corporate ties have been disrupted and are being exposed. #NXIVM is a big one because of its exclusive supply chain agreements to top entertainment celebrities. #QAnon
We are currently in the EXPOSITION phase of #TheStorm it seems with media figures and politicians acting very strange, doing inexplicable things like puppets without competent networked handlers. Who were the handlers?Where are the handlers? What has happened before your eyes?
Welcome to @realDonaldTrump's Puppet Play
Year 1: Release permapoliticians from their corporate overlords (resign)
Year 2: SOTU release of GOV employees ask SECs to IDEN traitors et al.
Year 3: Shutdown(s) allow vacation of *sentinels* and DECLAS shows high-level treason. #QAnon
. @POTUS is freeing Americans who are under threats by bad actors (foreign) either via violence or blackmail inside/outside the Gov. Each testimony and arrest brings better documentation of atrocities committed by people who sincerely felt protected by the previous admins. #QAnon
I will soon bring you "Profiles in Supervillainry" where we quantify and appreciate the immense amount of work Supervillains do in the darkness of Evil. We can truly appreciate the legacy and accomplishments of people who are often gifted convenient warm biopics later in life.
The Don, @realDonaldTrump, @POTUS, Q+, The Last President in the UK's Guardian looking like General Patton, wearing a white MAGA hat in front of a flag that refers to 1775, as he leads #TheStorm, greatest emancipation project in history and Second American Revolution. Jan 22, 18 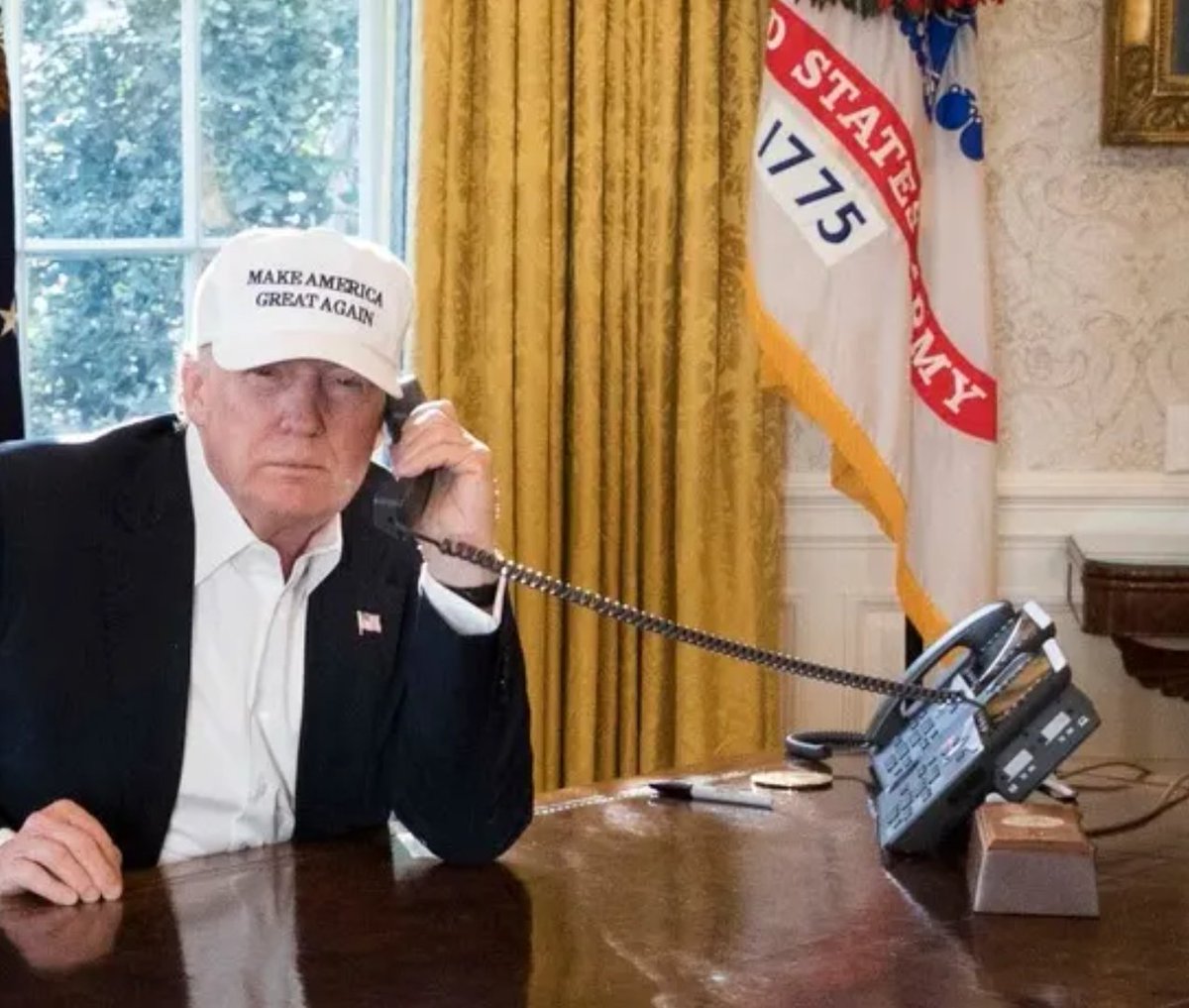 Can you ask a great question about QAnon? We are bombarded by massive disinformation campaigns by the media so that we don't have the correct info to ask a great question to each other. Great questions foster wonderful communication, growth and unite us in #TheGreatAwakening
You can follow @_GirlMaher_.
Tip: mention @twtextapp on a Twitter thread with the keyword “unroll” to get a link to it.