Read on Twitter
Thread: China in South Asia and Africa? Who Cares?

1. In June 2017, shots were exchanged between the Indian and Chinese armies as China began pushing a road through "Doklam or Zhoglam (in Standard Tibetan), known as Donglang in the Chinese language.
2. Here’s a view of the continuing crisis from the Indian perspective: https://www.scmp.com/week-asia/geopolitics/article/2103881/dispatch-doklam-indians-dig-long-haul-standoff-china
Dispatch from Doklam: Indians dig in for the long haul

Dispatch from Doklam: Indians dig in for the long haul in standoff with China

https://www.scmp.com/week-asia/geopolitics/article/2103881/dispatch-doklam-indians-dig-long-haul-standoff-china
3. This is an area with a plateau and a valley, lying between Tibet's Chumbi Valley to the north, Bhutan's Ha Valley to the east and India's Sikkim state to the west. 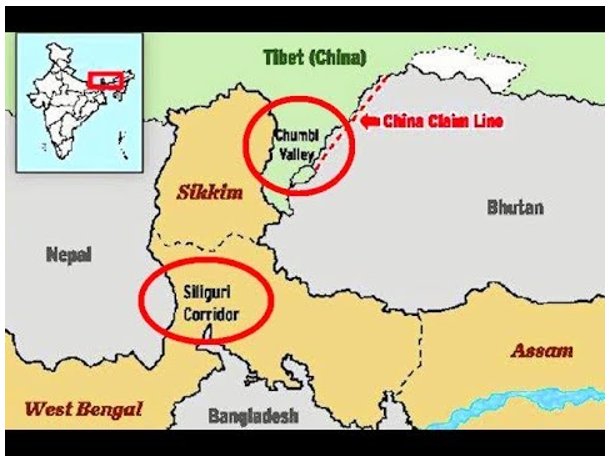 4. The Chumbi Valley points like a Chinese dagger at the 14-mile wide Siliguri Corridor, a string of India sited between Nepal and Bangladesh that connects the main body of the Indian sub-continent to its easternmost states.
5. These are called the “Seven Sisters” of the former Northeast Frontier Territory. This border dispute is complex and virtually unknown in the West:

<quote>
6. As with so many Himalayan border questions, the outstanding triboundary question in the Doklam sector appears to be a relic of 19th century survey work that informed an 1890 convention between British India and the Qing dynasty.
7. Article I of the “Convention Between Great Britain and China Relating to Sikkim and Tibet” is the cornerstone of China’s claim. The convention settled the border between the then-independent kingdom of Sikkim, which was a British protectorate, and Tibet.
8. In successive statements on the ongoing standoff at Doklam, various Chinese Foreign Ministry spokespeople have relied on this convention as the basis for China’s claim.

Read more of the interesting details here: https://thediplomat.com/2017/07/the-political-geography-of-the-india-china-crisis-at-doklam/
The Political Geography of the India-China Crisis at Doklam

Explaining the political geography at the center of a serious India-China standoff in the Himalayas.

https://thediplomat.com/2017/07/the-political-geography-of-the-india-china-crisis-at-doklam/
9. The Spider Dragon had occupied Arunachal Pradesh state of India in the 1960s war, but withdrew precipitously afterwards.
10. Just a couple of months ago, China issued a map of the state with Chinese names substituting for the original Indian place names of features and cities. Was this a harbinger of future events?
11. Besides a new route for China to access the Indian Ocean via the Bay of Bengal, Arunachal Pradesh could provide a new land route from China’s Yunnan to the large Bangladeshi port of Chittagong or even India’s various ports such as Haldia, the seaway for Kolkata.
12. China already is developing a flanking port at Kyauk Pyu in Myanmar. Here’s the big picture, geographically speaking. 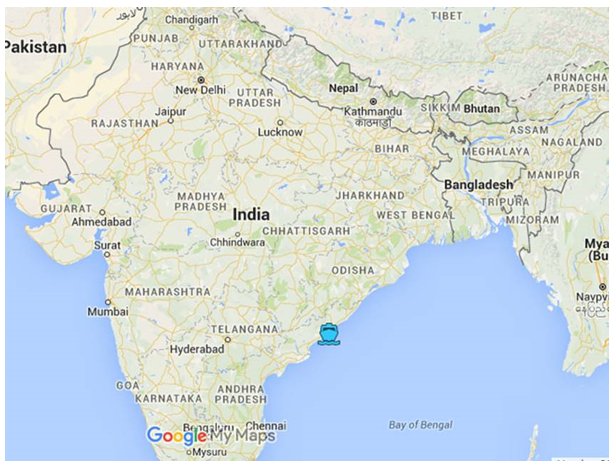 13. Following the tenets of Sun Tzu, Xi Jinping’s New Silk Road will always seek and find alternatives to every land route and sea lane as the Spider Dragon expands its web throughout the whole of the Eastern Hemisphere.
14. The Bay of Bengal and the Andaman Sea are vital to protect the western approaches to the Strait of Malacca – or at least until a trans-Kra Isthmus canal can be constructed.
15. Indeed, the Indian Ocean is primed to become a Chinese lake as PLA-N bases are to be found in Hambantota, Sri Lanka; Jiwani, Pakistan; and Djibouti for starters. The PLA-N have been making out-of-area deployments for years now.
16. Pakistan and its Khunjerab Pass highway (and rail?) route from Kashgar to Gwadar have morphed that nation into a virtual client state of China. I believe that the alliance has progressed too far ipso facto to revert to its former independent state.
17. Meanwhile, in most of the 55 nations over in Africa, the whole continent is being engulfed by the Spider Dragon’s web of projects, hydro-electric dams to power the Chinese high-speed trains now a-building or operating, highways to reach vital raw materials, ….
17A. …hospitals to make future workers healthy, schools to educate illiterate Africans to operate Chinese enterprises – and purchase Chinese goods or produce those goods for Chinese-owned companies (read, State-owned).
18. I’ve done a bunch of threads about that in the past. Here’s one thread that covers some of that ground: https://twitter.com/STUinSD/status/1021481015292907520

20. Meanwhile, back at the ranch, the One World Progressives, formerly called Democrats, are yammering at the Trump Make America Great Again patriots, completely oblivious to (or too dumb to understand) what the Communist Chinese Central Committee ….
20A. … and Xi Jinping are accomplishing throughout the entire world.
21. Wrapped up in so passé a cliché as, “The Russians are coming; the Russians are coming,” they are beating a dead horse inasmuch as the Spider Dragon is not coming, he is here!
22. Our cozying up to the 1.2-BILLION highly developing Indians is far too little far too late, as we’ve been occupied with meddling in the bacha bazi sickness of feral half-humans in Afghanistan. But give credit to the Trump Administration for trying! https://news.usni.org/2018/09/09/new-india-u-s-arms-agreement-expanded-exercises-illustrate-growing-security-cooperation?utm_source=USNI+News&utm_campaign=6b7c898ca9-USNI_NEWS_DAILY&utm_medium=email&utm_term=0_0dd4a1450b-6b7c898ca9-230421597&mc_cid=6b7c898ca9&mc_eid=b090d1f091
New India-U.S. Arms Agreement, Expanded Exercises Illustrate Growing Security Cooperation - USNI...

https://news.usni.org/2018/09/09/new-india-u-s-arms-agreement-expanded-exercises-illustrate-growing-security-cooperation?utm_source=USNI+News&amp;utm_campaign=6b7c898ca9-USNI_NEWS_DAILY&amp;utm_medium=email&amp;utm_term=0_0dd4a1450b-6b7c898ca9-230421597&amp;mc_cid=6b7c898ca9&amp;mc_eid=b090d1f091
23. Googling “A New Era of China-Africa Cooperation Ep.1: Shared Dreams,” will lead to a whole series of very recent 30-minute videos detailing how China is absorbing the 1-BILLION folks in Africa into the Spider Dragon’s web.
24. Besides being very educational for Americans no longer steeped in Geography, let alone Geopolitics, it is highly entertaining and brought to you directly from the Spider Dragon’s lair – China – that is, COMMUNIST China itself!
25. It’s so sad that self-absorbed Americans seem to find nothing of interest in how these geopolitical events are destroying the very fabric of our Founding Fathers’ experiment in freedom from strict governance as the neo-Chinese Empire devours the rest of the world.
26. An impoverished America will be left dangling until it must – at some future date – petition to be allowed to join the suzerain Chinese Empire as a supplicant sycophant state.
27. So much for our vaunted 11 carrier battle groups left with nothing at which to shoot – beaten into the seas by economics. That’s the Chinese plan. Beat in macroeconomic games and avoid a shooting war with the US. But not if @POTUS can help it!
28. We had better eliminate the Swamp Critters post haste; eliminate the Progressive One Worlder Clinton, Bush, Obama, Soros cabal; kick Congress severely in the boo-tocks; and dissolve the spending upkeep on our huge welfare population – in short, ….
28A. … those wasted dollars paying Whites, Blacks, Ragheads and Latinos for sitting on THEIR boo-tocks are needed to stem the growing web of the Spider Dragon. Tell a friend! ///The end.
You can follow @STUinSD.
Tip: mention @twtextapp on a Twitter thread with the keyword “unroll” to get a link to it.