Read on Twitter
Err, can anyone explain what Roger John Lawrence Bramble, Lord Mayor of Westminster 1985-86 and High Sheriff of Greater London in 1999, was doing as a director of the National Opera and a company founded in the mid-80s called Amsterdam Travel Service?
http://london.wikia.com/wiki/Roger_Bramble 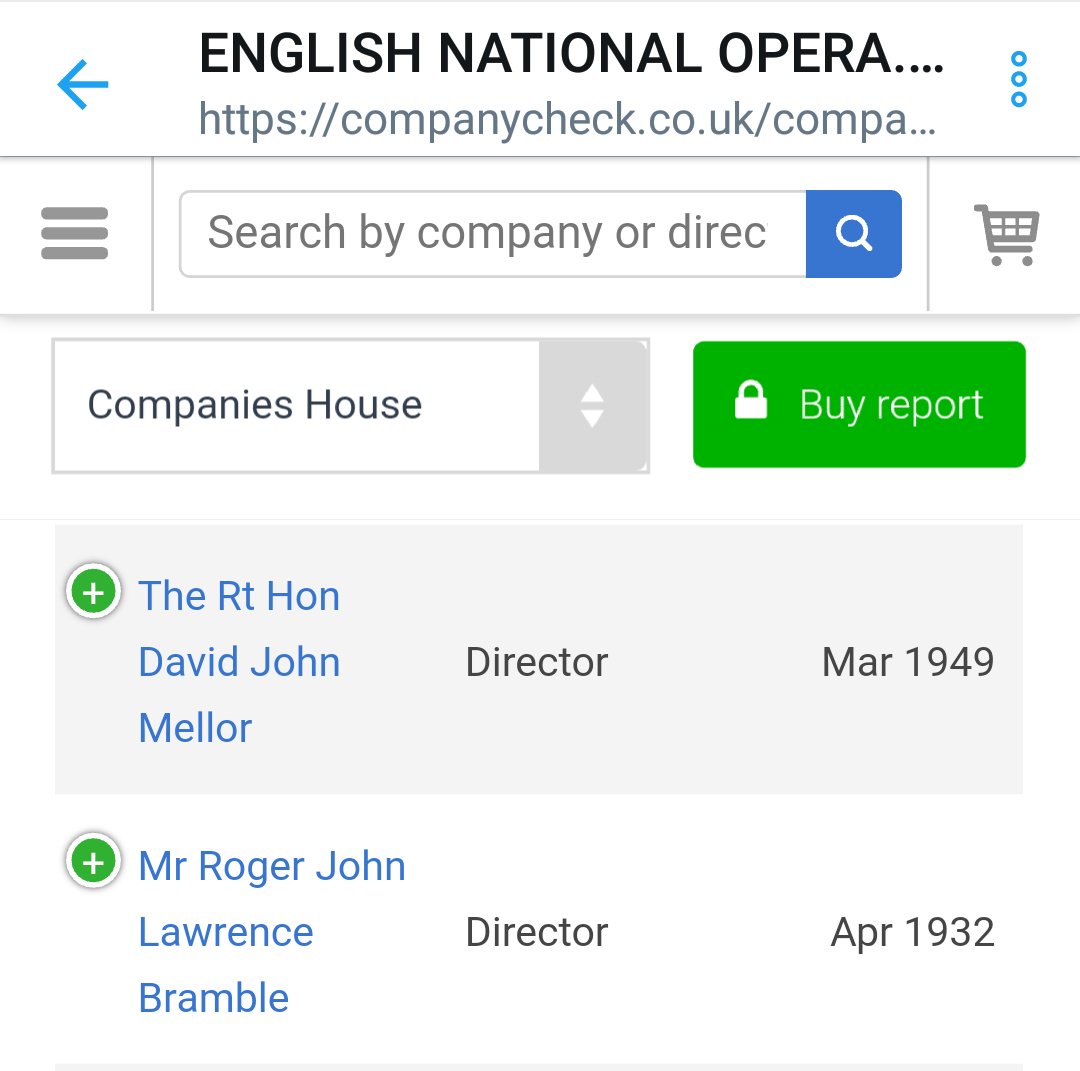 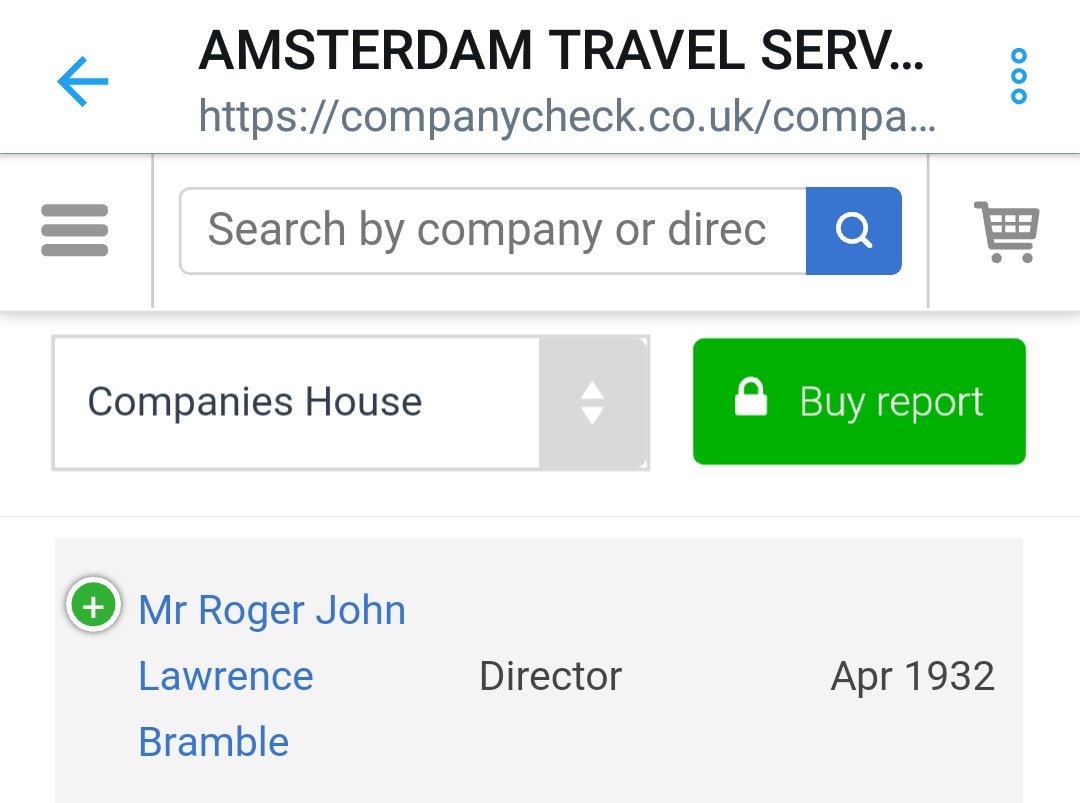 It is worth noting that another National Opera director was David Mellor, the man who worked for Leon Brittan but forgot he attended a meeting about the Dickens dossiers!
Brittan is said to be linked to Amsterdam abuse ring.

https://www.bbc.com/news/uk-politics-32992155
Interestingly, another director of Amsterdam Travel was Thomas Cook, the company to which Jimmy Savile was a consultant and involved with their charity efforts: https://www.independent.co.uk/news/people/it-was-a-relief-when-i-got-the-knighthood-because-it-got-me-off-the-hook-an-exclusive-interview-with-9571057.html 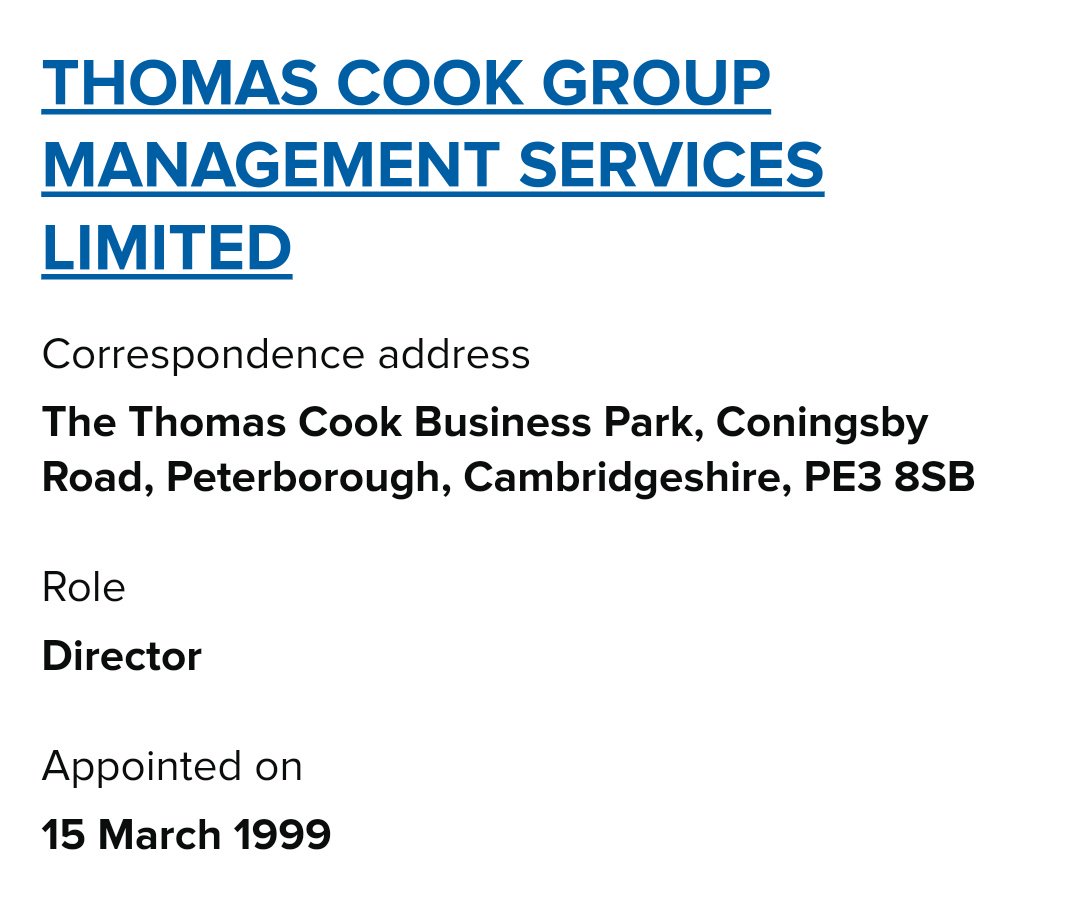 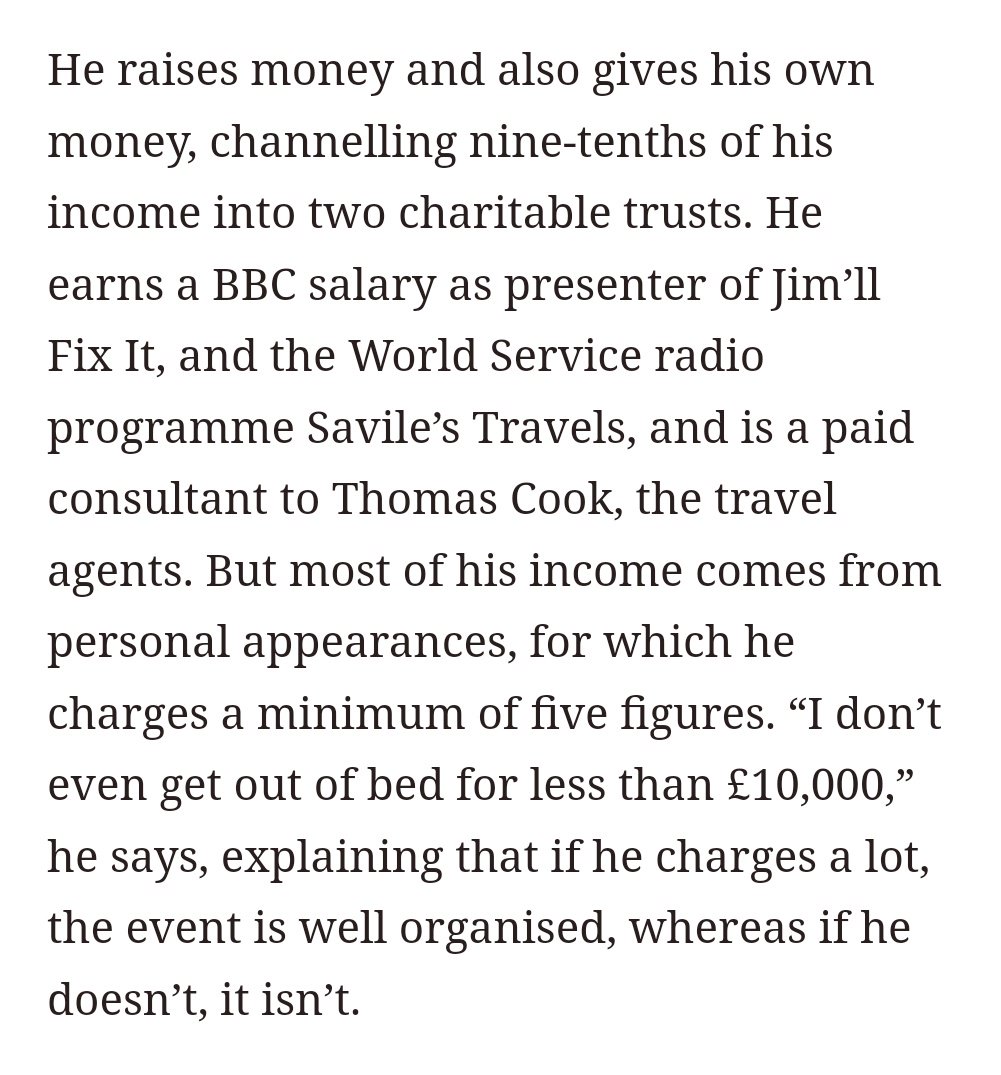 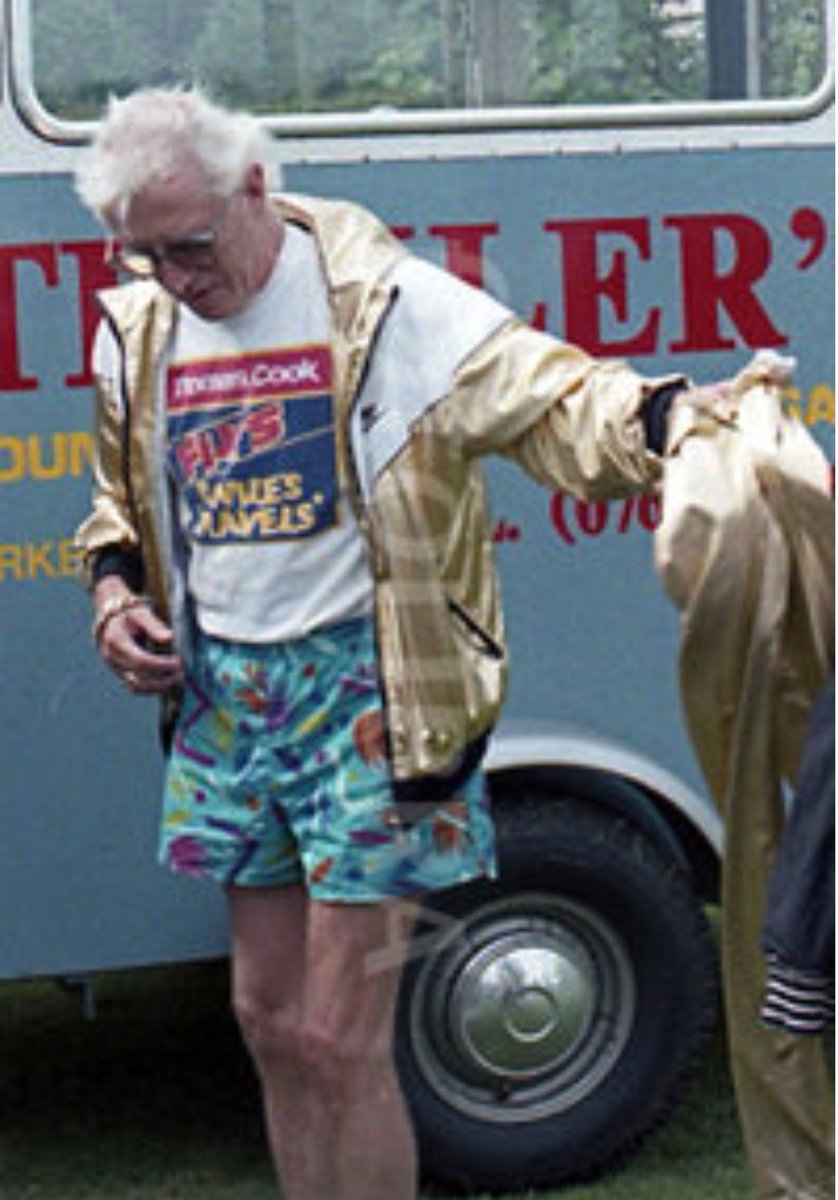 Now would this be the same Roger Bramble, a nasty conman playing on school children and denying any connection with any travel agency?
https://www.nameandshame.com/r/uk/roger-bramble/roger-bramble-his-royal-scam-sends-queen-elizabeths-personal-invitations-to-schools-to-perform-in-londons-new-years-day-parade-id5yc48 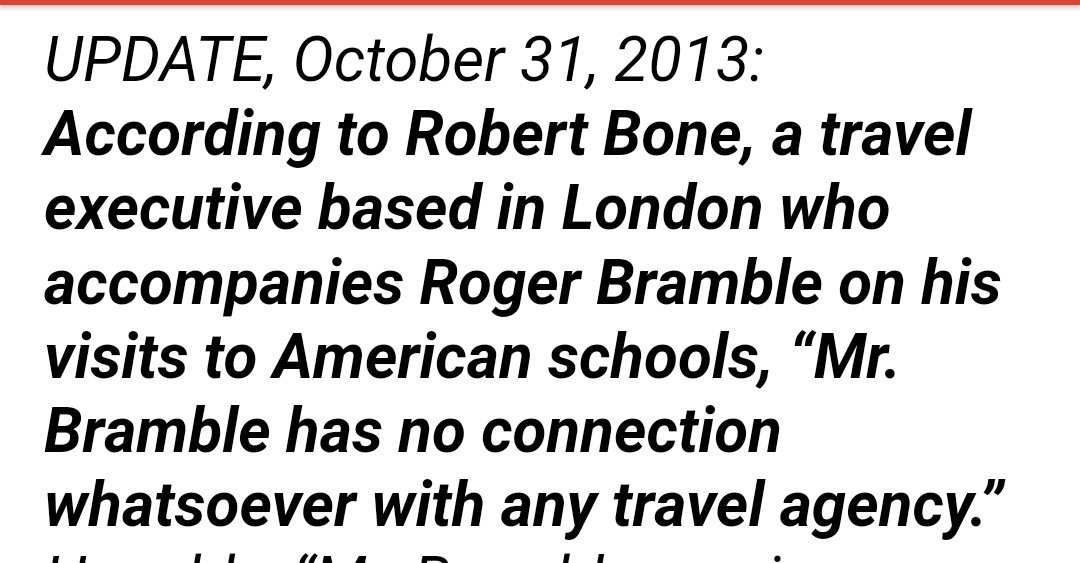 Here is Lord(!) Bramble pictured together with his associate Robert Bone.
Would this be that Robert Bone who writes also writes about Cunard cruises?
http://www.chicagotribune.com/suburbs/joliet-romeoville/community/chi-ugc-article-olivets-marching-tigers-invited-to-appear-in-2014-10-27-story.html
http://www.thisislondontickets.co.uk/greetings-from-Bob%20Bone
Roger Bramble: friend of Frances Shand Kydd, mother of Princess Diana, who was close to Jimmy Savile.
https://www.dailymail.co.uk/news/article-3122130/How-Savile-seduced-royals-s-claimed-nearly-godfather-Harry-predatory-DJ-wormed-way-heart-Palace-life.html
https://www.telegraph.co.uk/news/obituaries/royalty-obituaries/1463546/Frances-Shand-Kydd.html 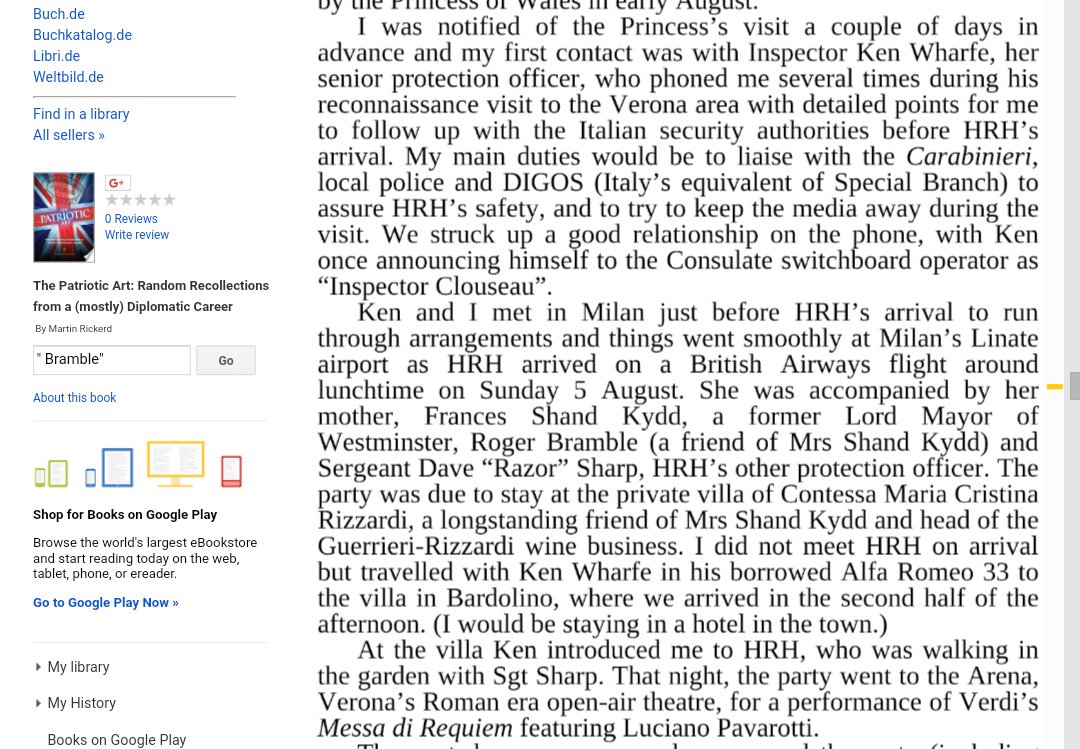 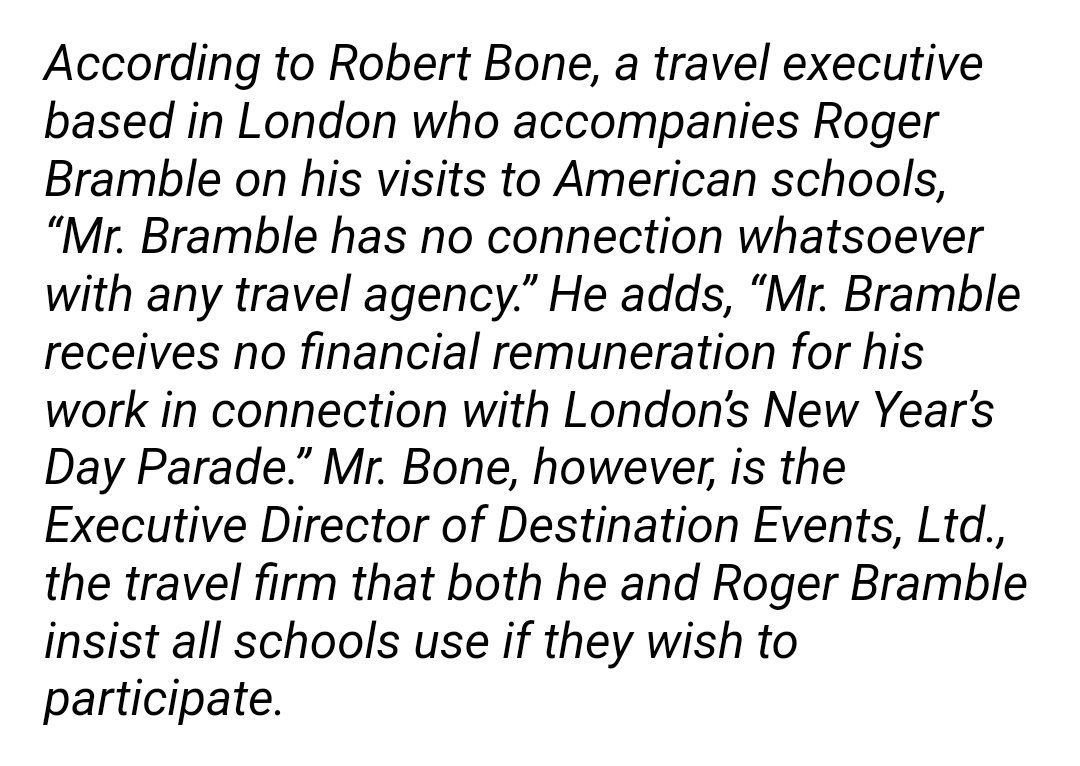 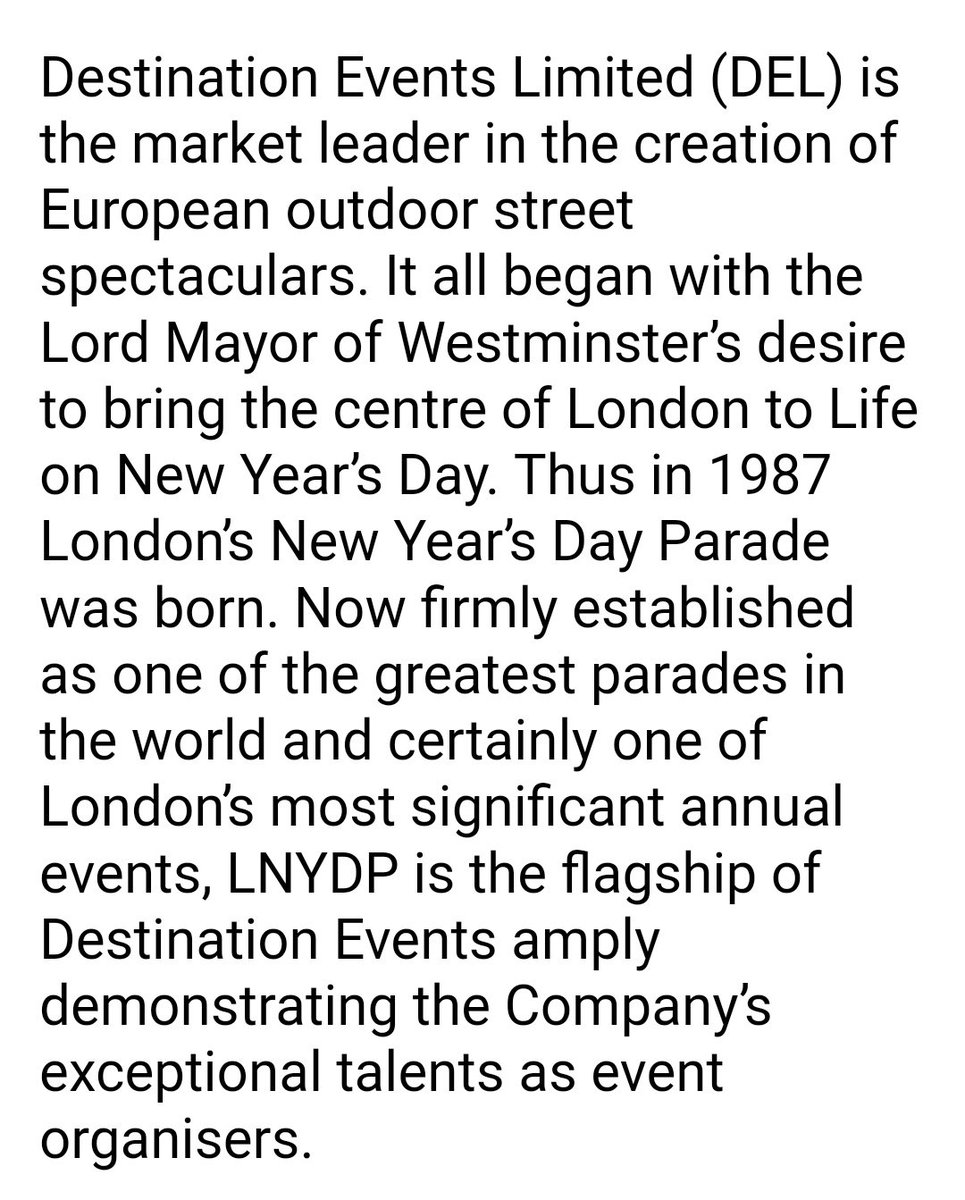 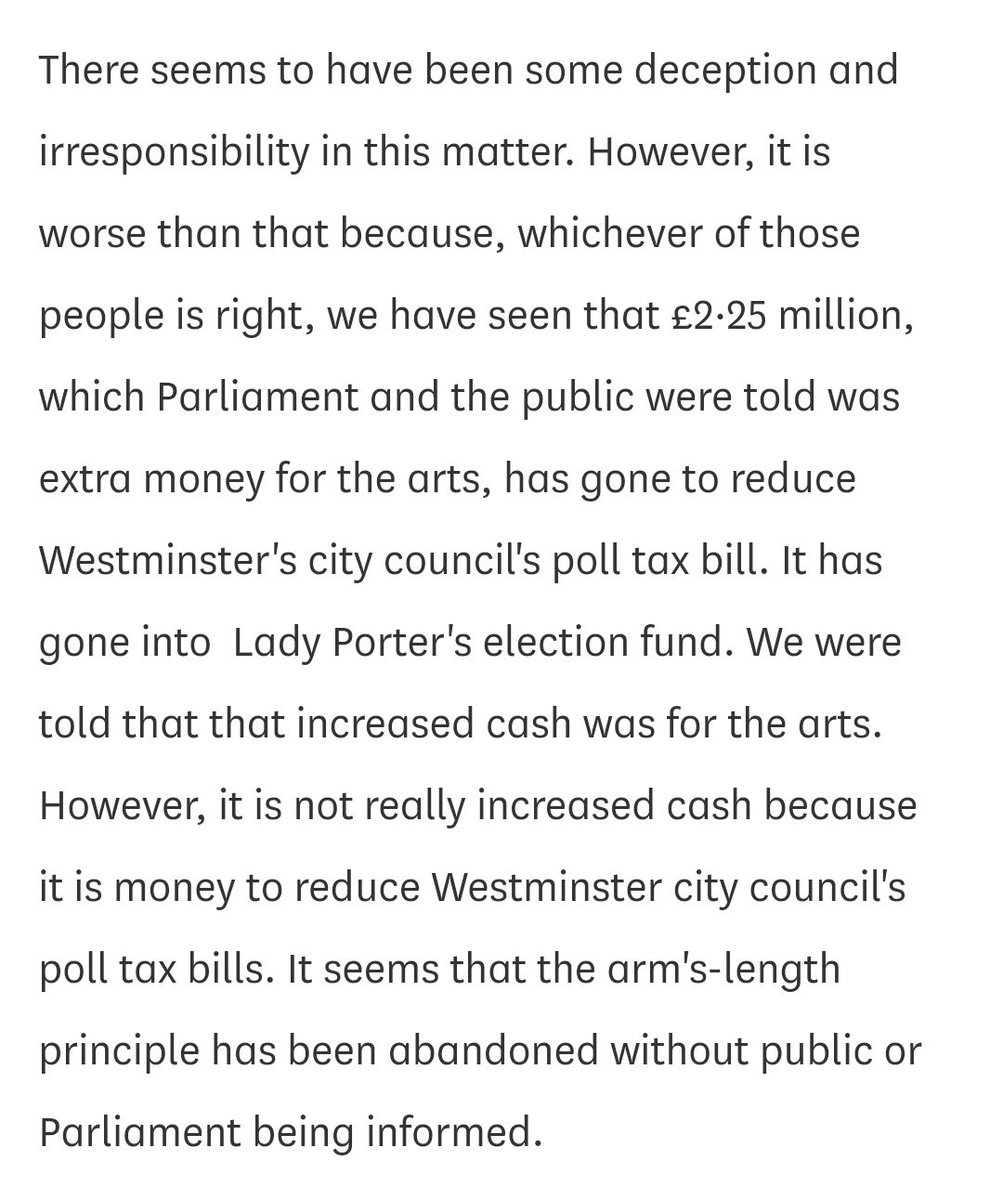 Whilst Bramble was High Sheriff of Greater London, another director at Opera North, Sir Richard Denby, was Deputy Lieutenant for West Yorkshire.
Denby's niece Barbara Hewson is said by her erstwhile friend and blogger Anna Raccoon, to have met with Savile's niece Amanda McKenna. 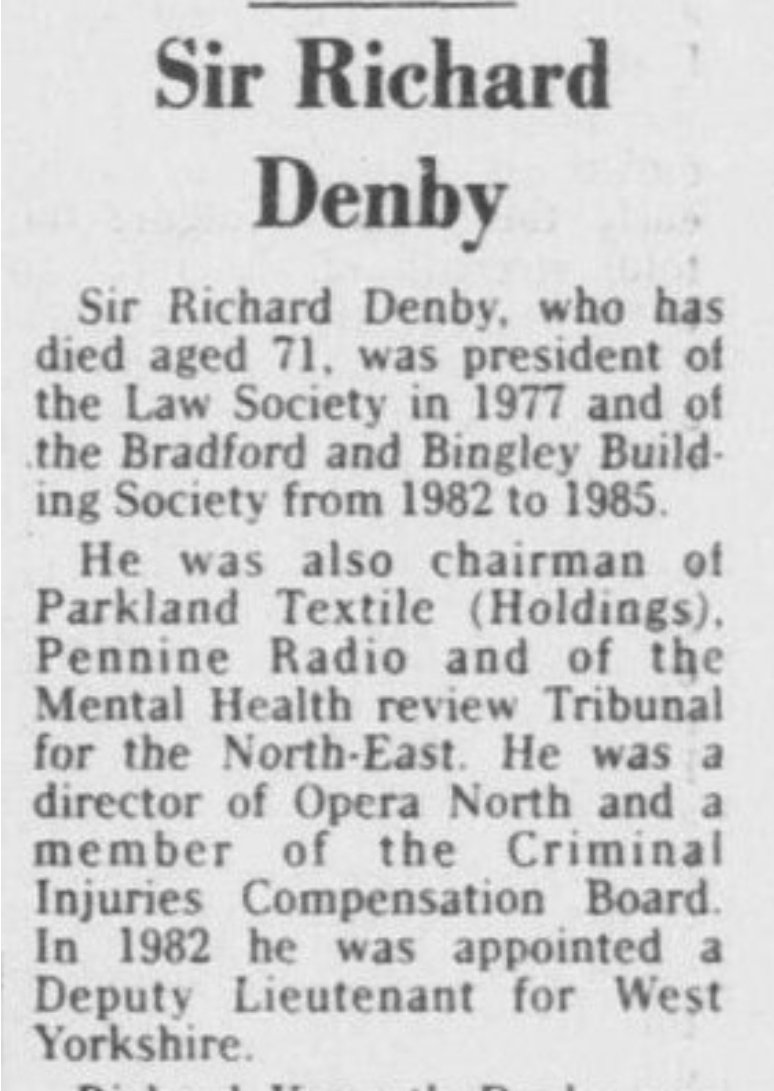 Watch the conman Bramble in this embedded video awarding a visit to London to a Jacksonville band:
https://southernersinlondon.wordpress.com/tag/lord-lieutenant-of-greater-london/
Here's an account of Bramble with Princess Diana at Lake Garda: 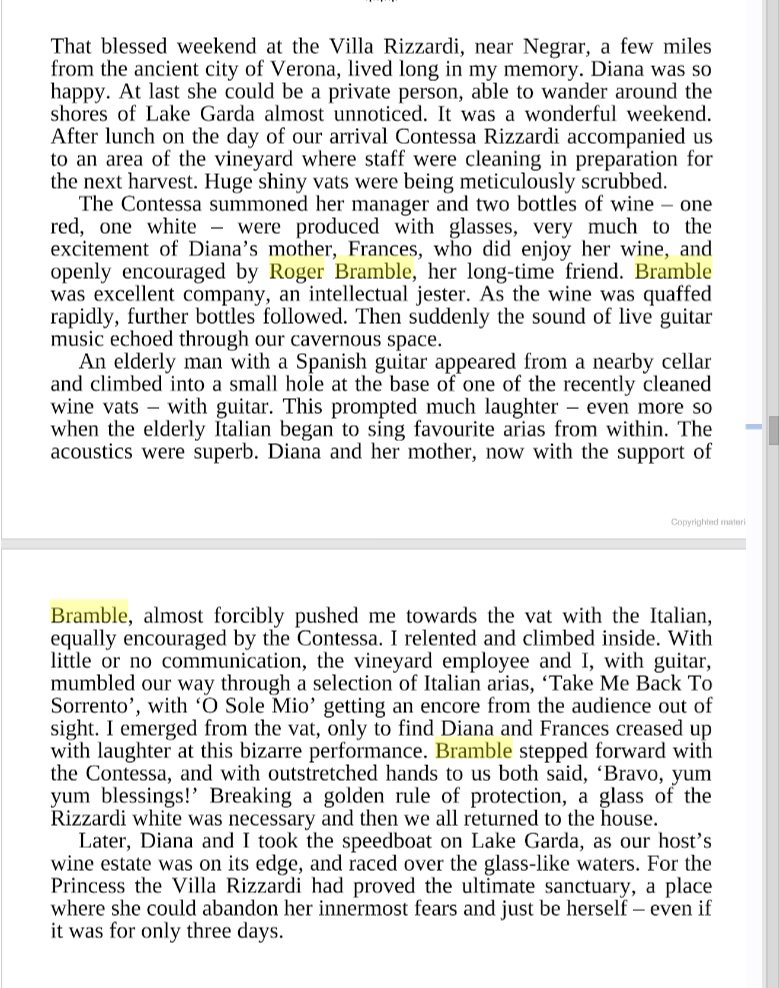 Roger Bramble, a man of huge self-importance, was referred to with the title 'Roger Bramble, The Lord Lieutenancy of Greater London'.

Interesting to see he shared this title with the most honourable Edwin, Baron Bramall.
https://en.m.wikipedia.org/wiki/Lord-Lieutenant_of_Greater_London 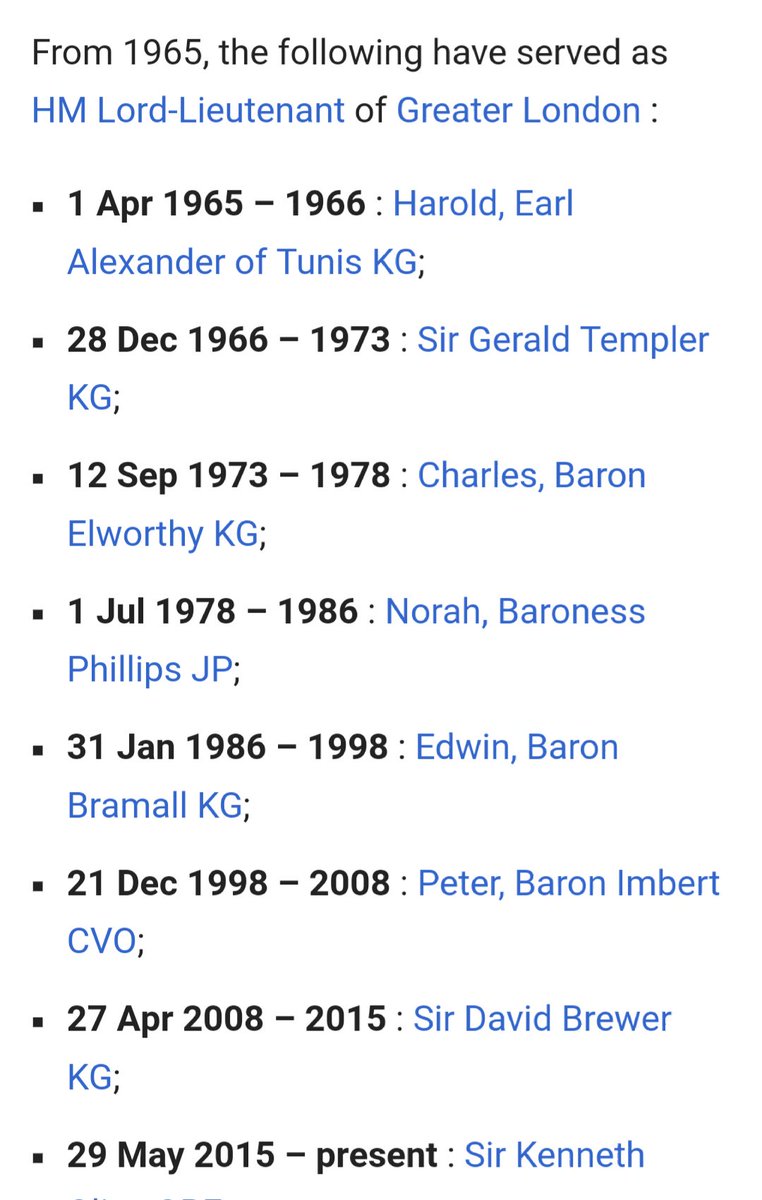 Roger Bramble is also listed as a director of the Young Musicians Symphony Orchestra, together with Penny Gummer, PA to Edward Heath and wife of John 'Beefeater' Gummer. 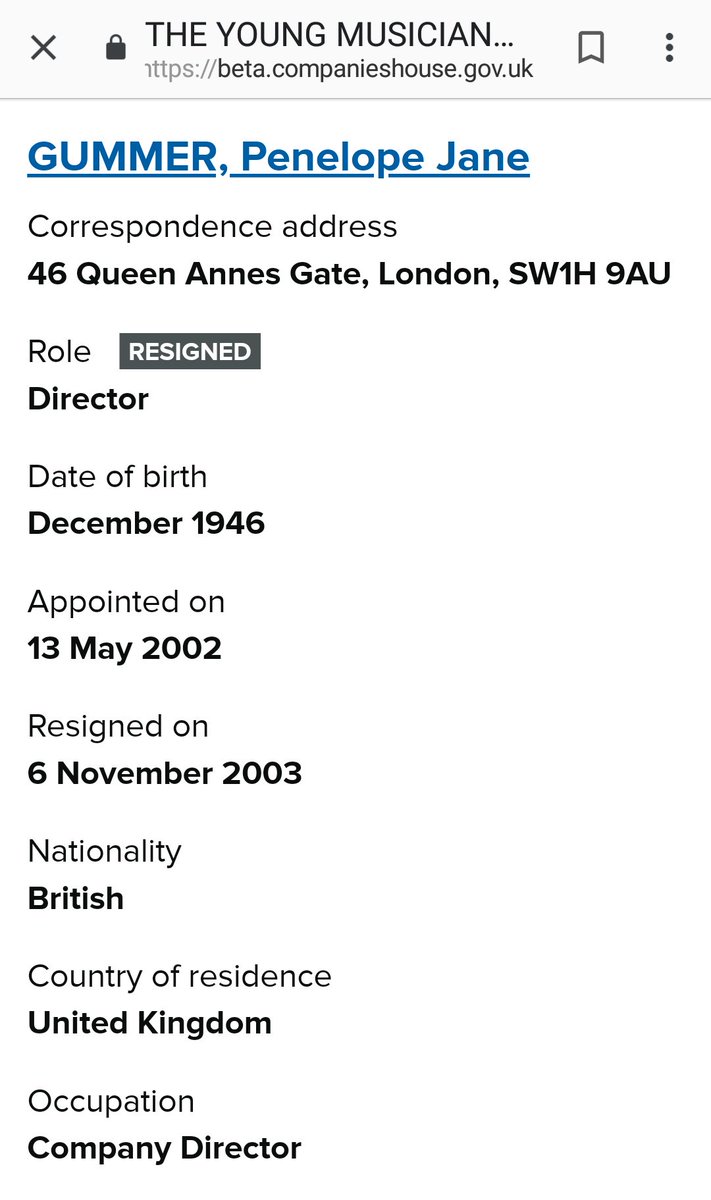 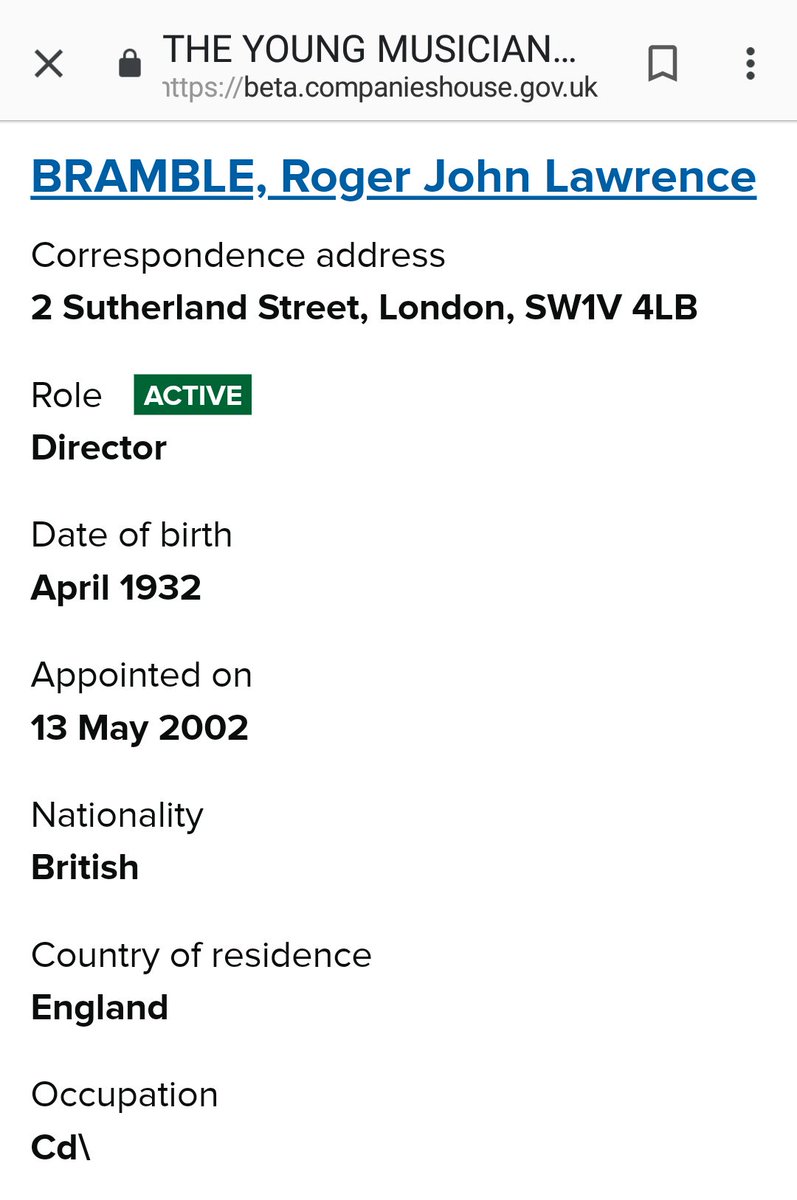 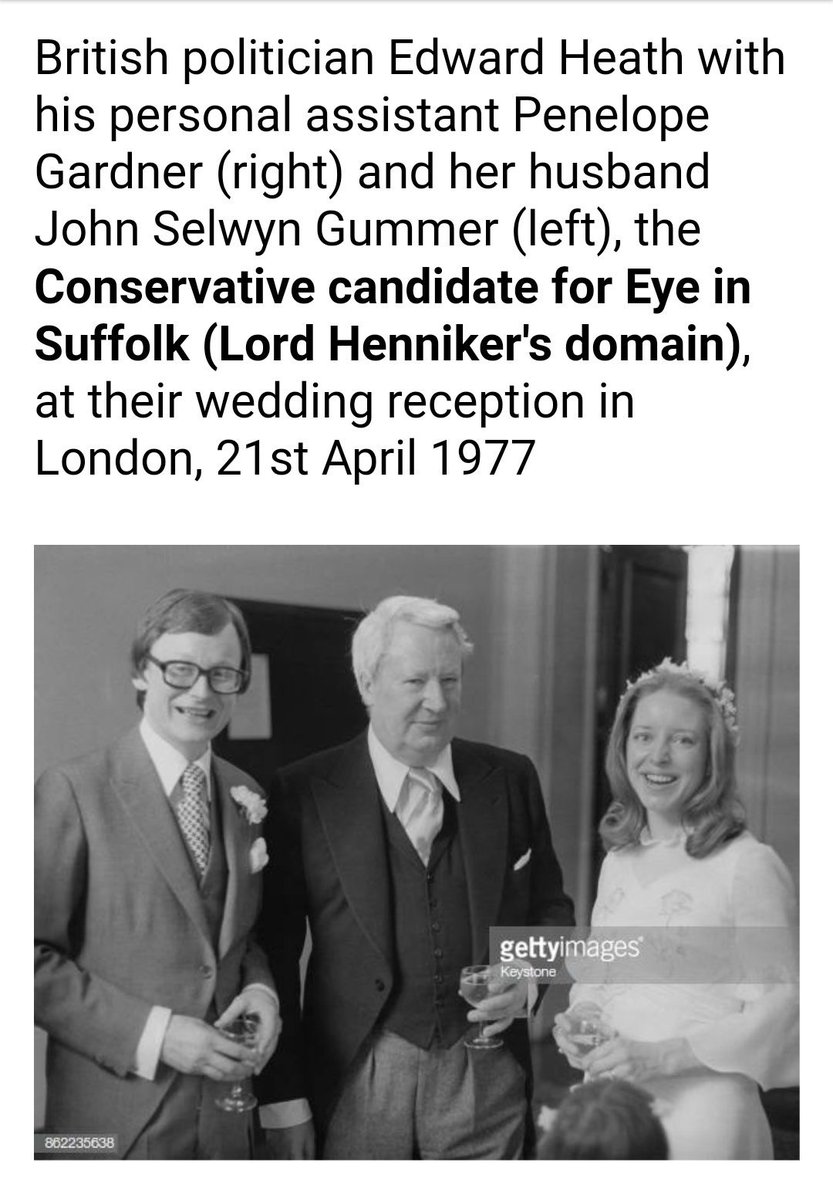 At around the same time Bramble was director of Amsterdam Travel Services and amidst the goings-on of Thatcher cabinet ministers, the Lord Mayor of Westminster can be seen here with Sir Edwin Bramall welcoming QEII and her hubby to Covent Garden. 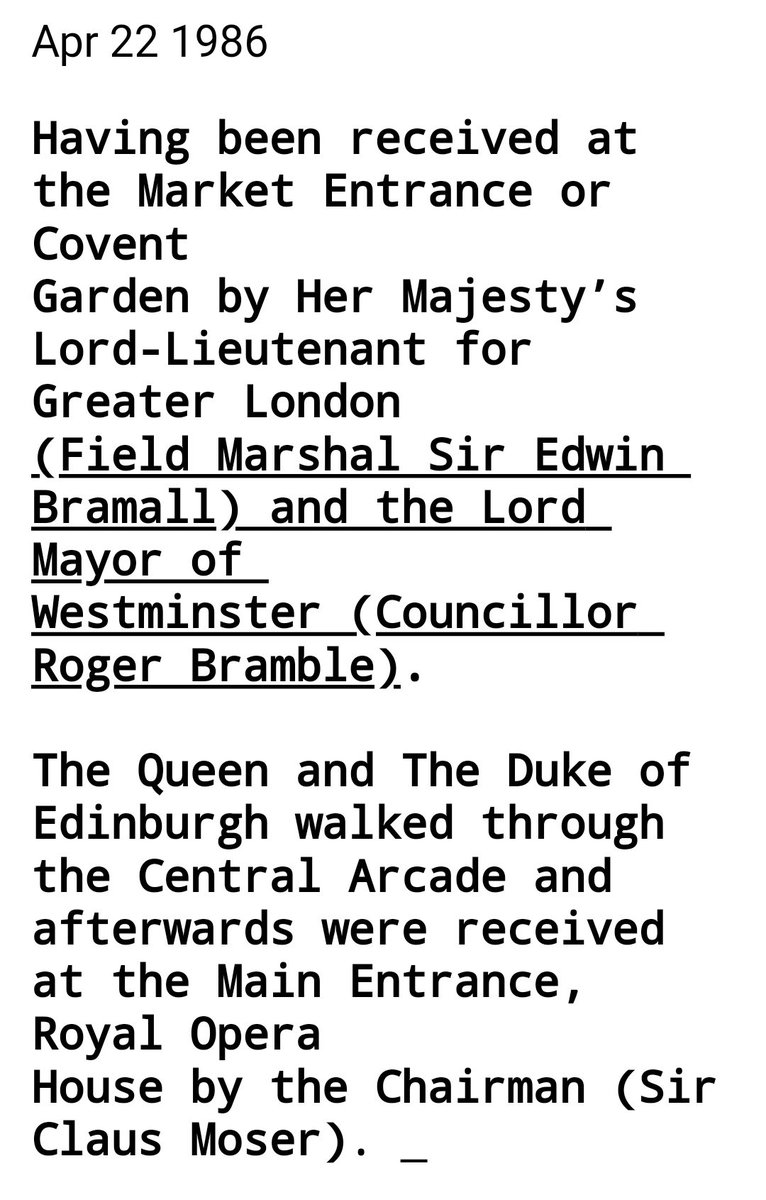 Here are some of Bramble's fellow Westminster councillors of note:
Ashley Bramall,
Brother of Edwin Bramall.
Stephen Govier,
Drug addict and dealer, flatmate of Atkinson MP and gun criminal.
Teresa Gorman,
Wife of Peter Clarke and Billericay MP after Harvey Proctor.
Roger Bramble, together with his sister Jenepher, has strong ties to the Vazeline State of Goa. Like the paedophile Charles Napier and his half-brother John Whittingdale, the Brambles appear to be distant relatives of General Napier. 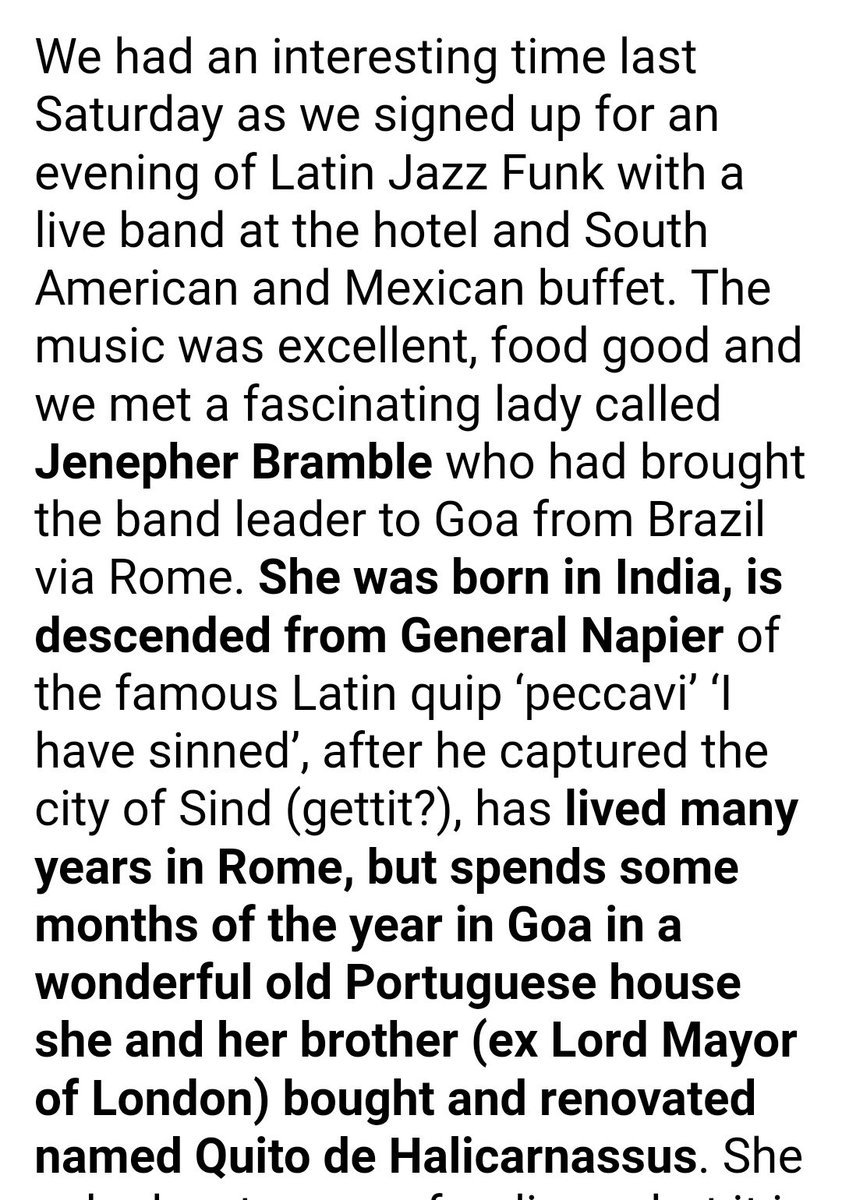 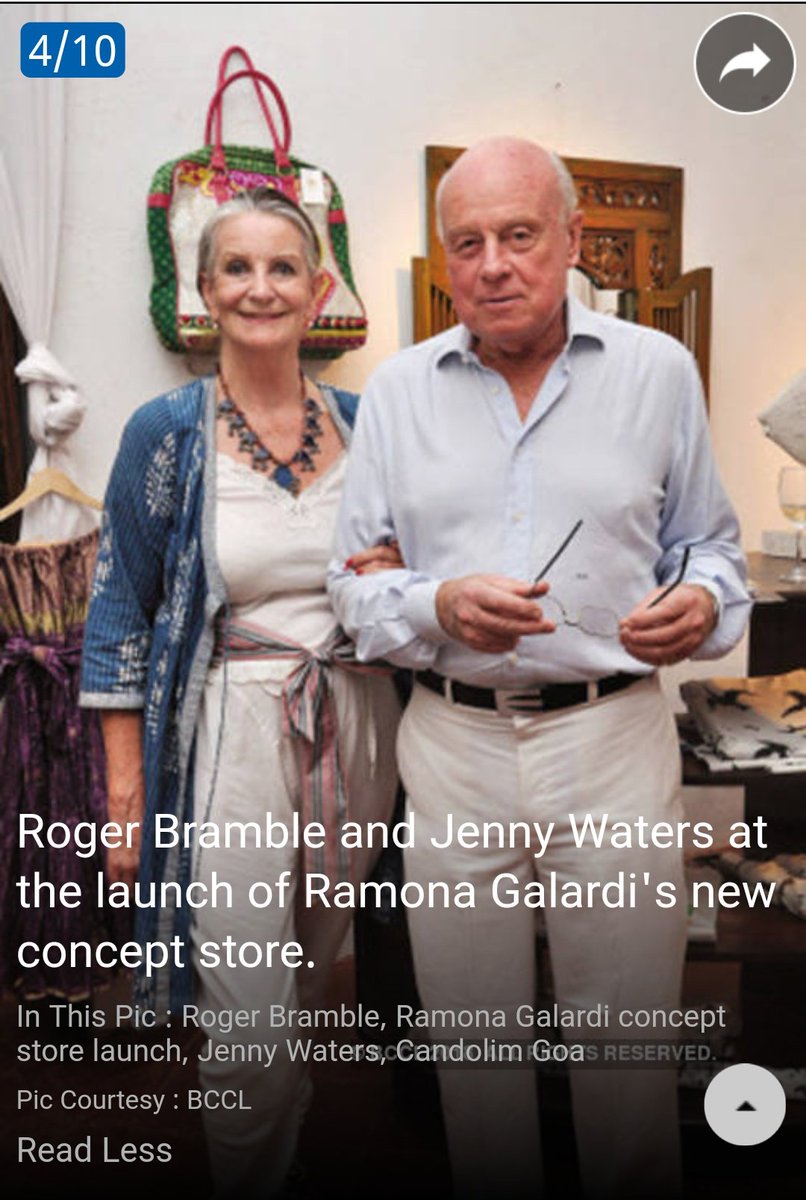 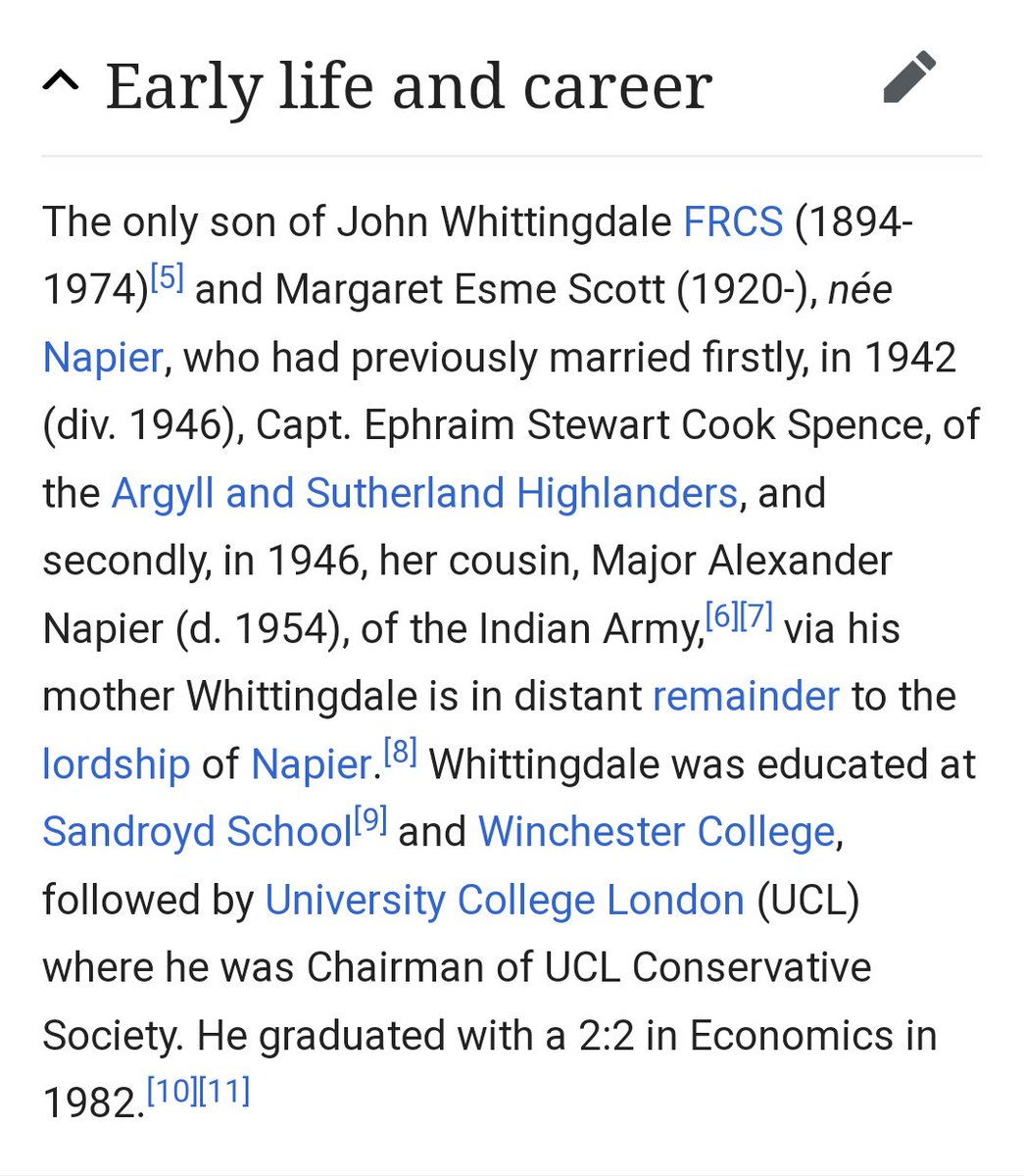 Again, in 1986 at the height of Britain's elite paedophile ring, Roger Bramble was on the jury of a sculpture competition together with Sir Hugh Casson, an ardent supporter of the convicted paedophile Graham Ovenden. https://www.theguardian.com/uk-news/2013/oct/09/artist-graham-ovenden-two-years-jail

Roger Bramble and Sir Charles Andrew Morrison, brother of the Puddington paedophile Peter Morrison, were directors together at Assistant General based in Crewe.
Charles Morrison was also Wheelyboat director alongside the Seligmans (Heath's godson).

Indeed, Roger Bramble even gave an address at the memorial service in honour of Sir Charles Morrison, and was a supporter and donor of David Cameron:
https://www.thetimes.co.uk/article/memorial-service-m635xf3wz79
https://www.telegraph.co.uk/news/politics/conservative/11565080/The-5000-small-business-owners-supporting-David-Cameron-and-the-Conservatives.html
Memorial service

https://www.thetimes.co.uk/article/memorial-service-m635xf3wz79
Roger Bramble is a co-director of the Serpentine Trust together with the Palumbos and former Mayor of NYC, Michael Bloomberg. Both the Palumbos and Bloomberg featured in Epstein's black book. Epstein was a firm backer of Bloomberg. https://companycheck.co.uk/company/02150221/THE-SERPENTINE-TRUST/companies-house-data
https://www.prnewswire.com/news-releases/jeffrey-epstein-prominent-financier-applauds-bloombergs-plan-for-new-york-charter-schools-198490291.html 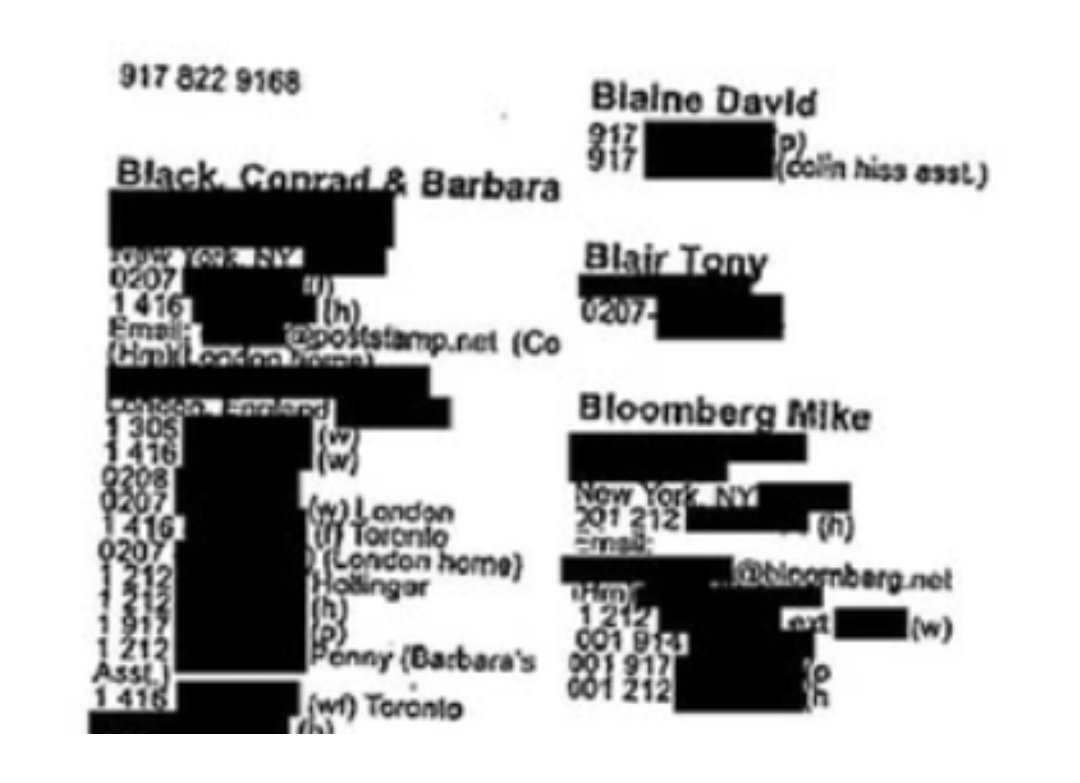 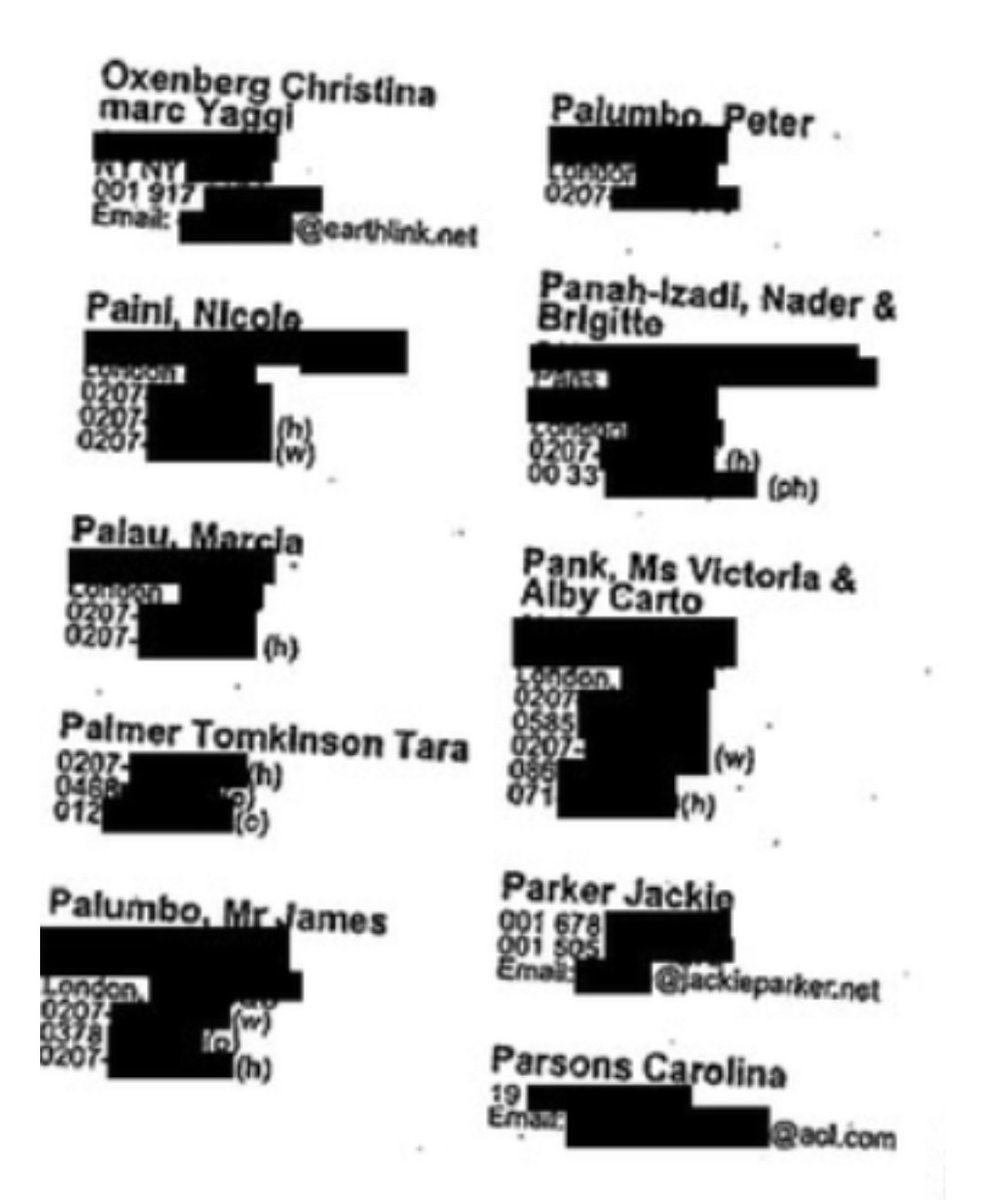 Amsterdam Travel Service Limited was in business when Spinks was trafficking children to Amsterdam. It was incorporated in May 1986 and Bramble was appointed in 1991.
https://scepticpeg.wordpress.com/2016/12/31/operation-framework-the-boy-business/ 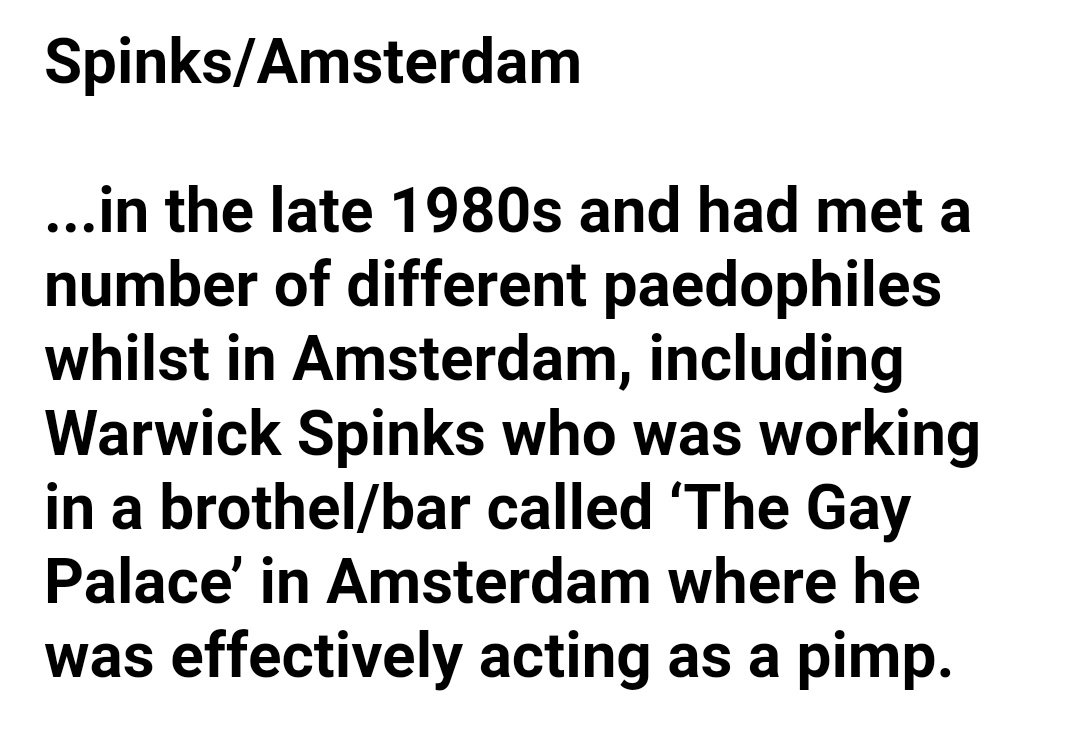 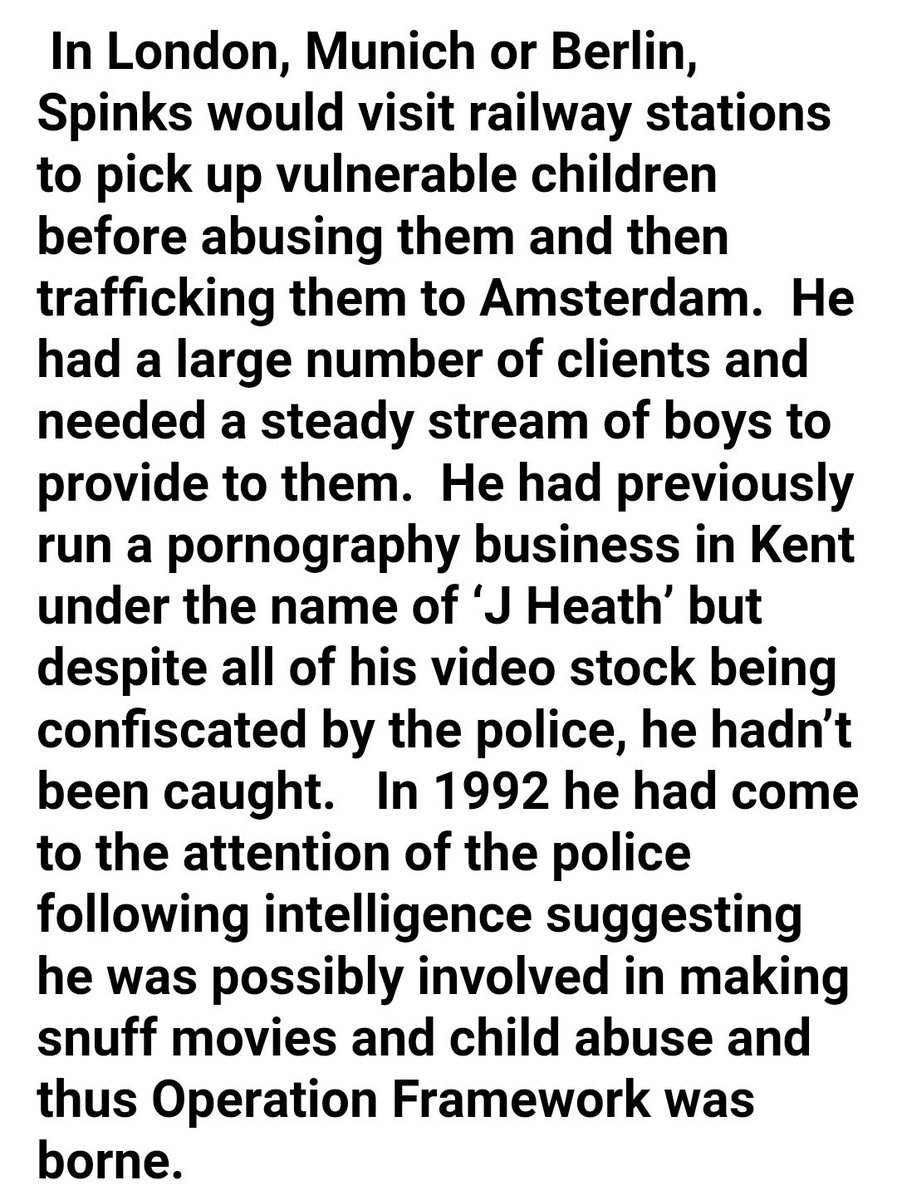 Rudolf Vanmoerkerke, a rich businessman, pioneer of the Belgian travel industry and president of Oostende basketball club, was a director in many of the same companies as Roger Bramble. https://en.m.wikipedia.org/wiki/Rudolf_Vanmoerkerke
https://companycheck.co.uk/director/902414782/MR-RUDOLF-VANMOERKERKE/companies
A close associate of Vanmoerkerke at Basketball Oostende was fellow official and mayor Johan Lanotte, recently accused of serious financial impropriety and lining his own pockets.
Lanotte was Belgian Minister of the interior forced to resign when Dutroux fled captivity in 1998. 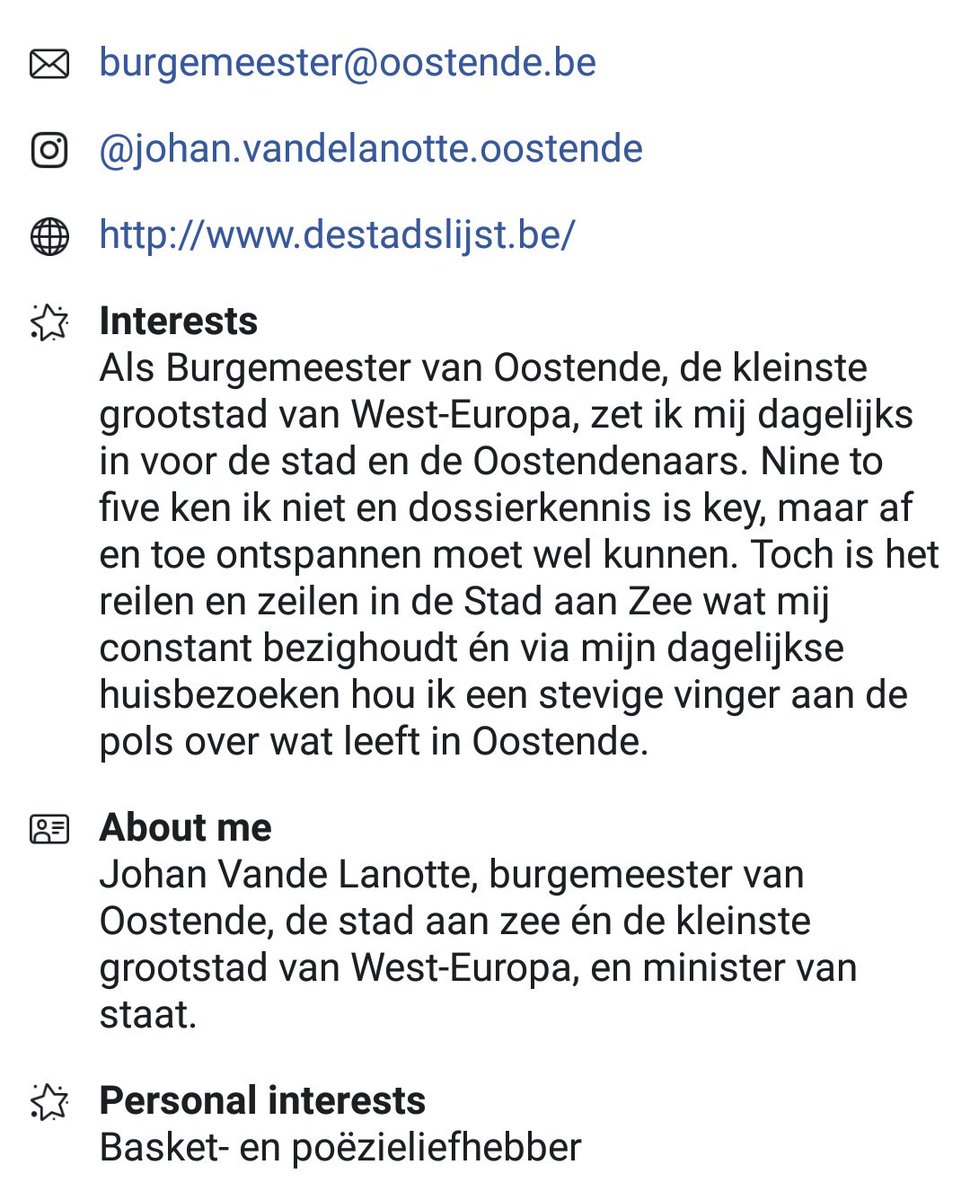 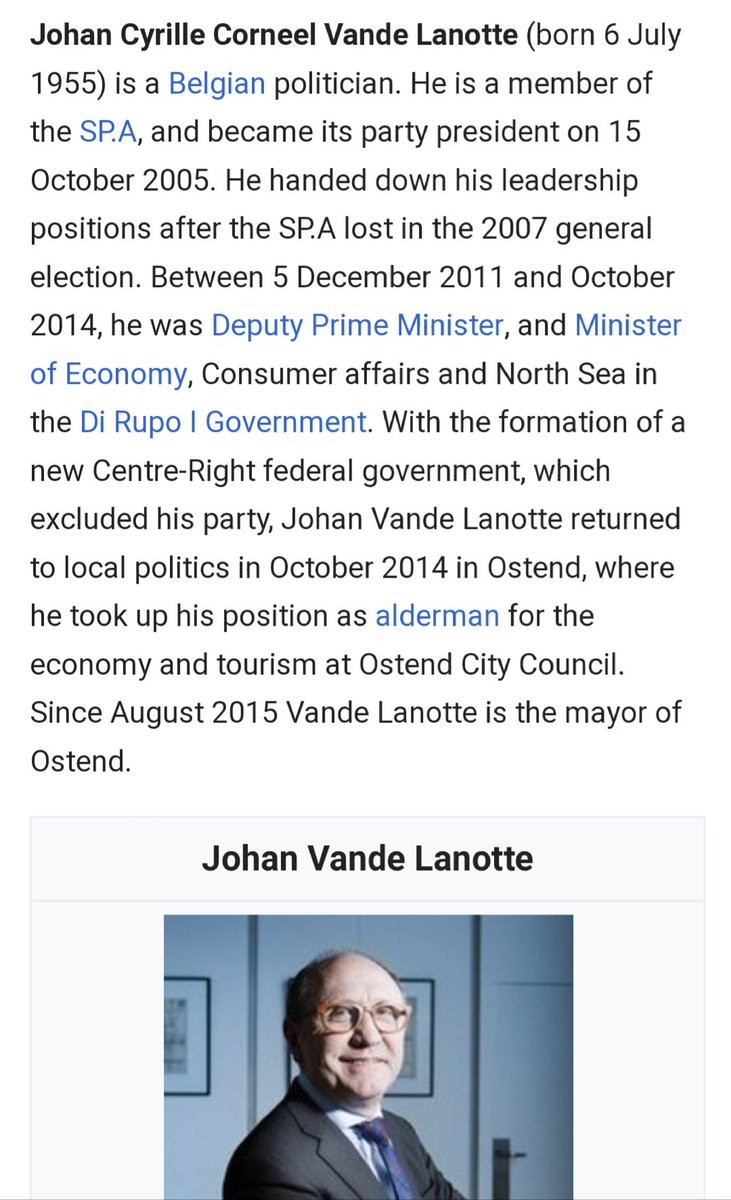 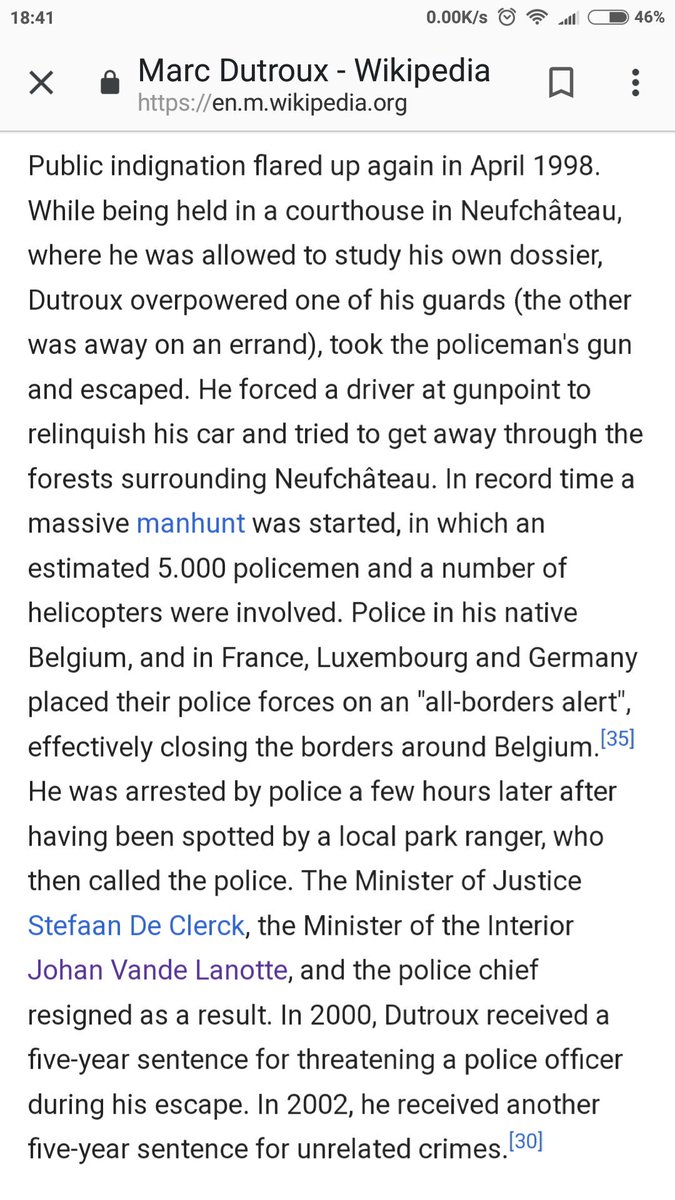 An and Eefje went to Blankenberge on August 22, 1995 to watch the hypnotist Rasti Rostelli. They took the tram back along to the Marinapark holiday village in Westende. They alighted in Oostende, never again to be seen alive. They were victims of Marc Dutroux. 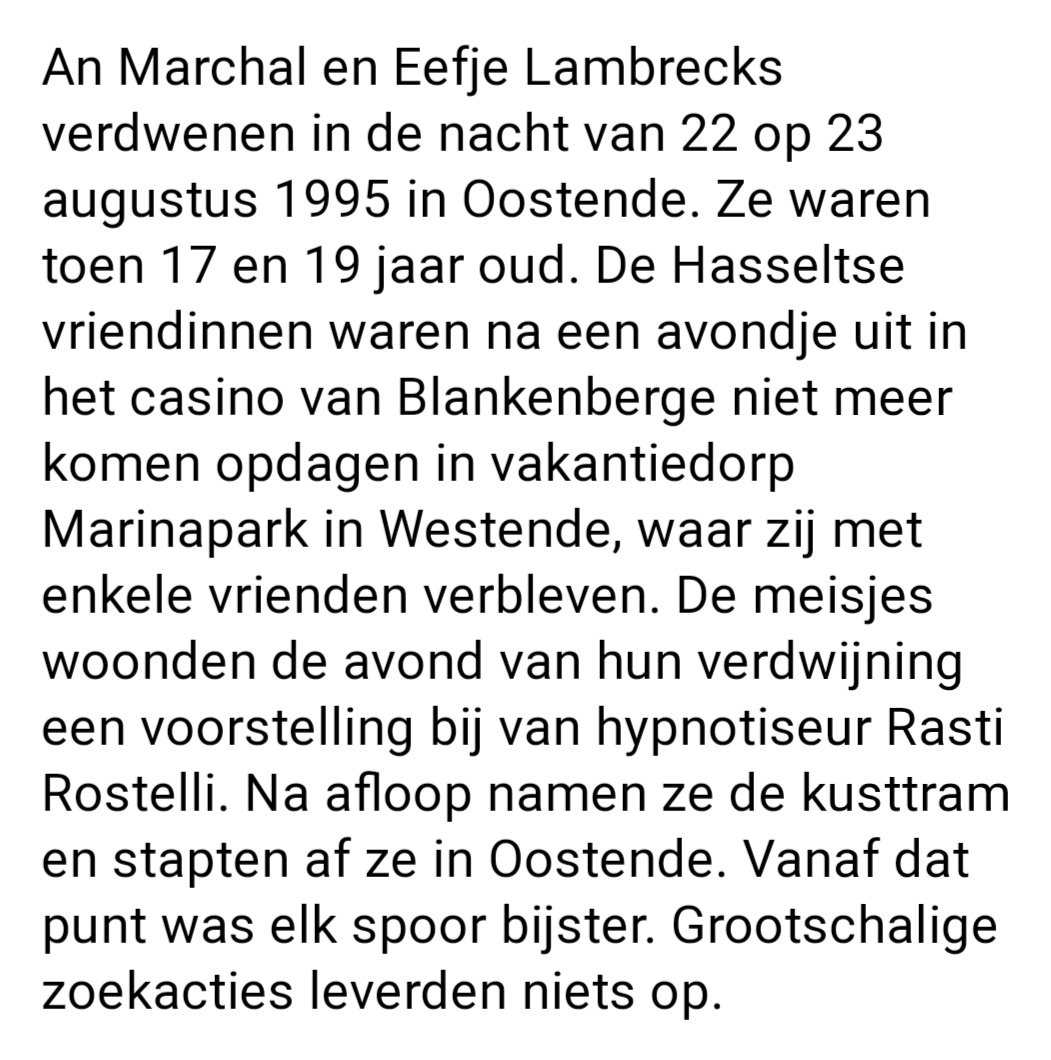 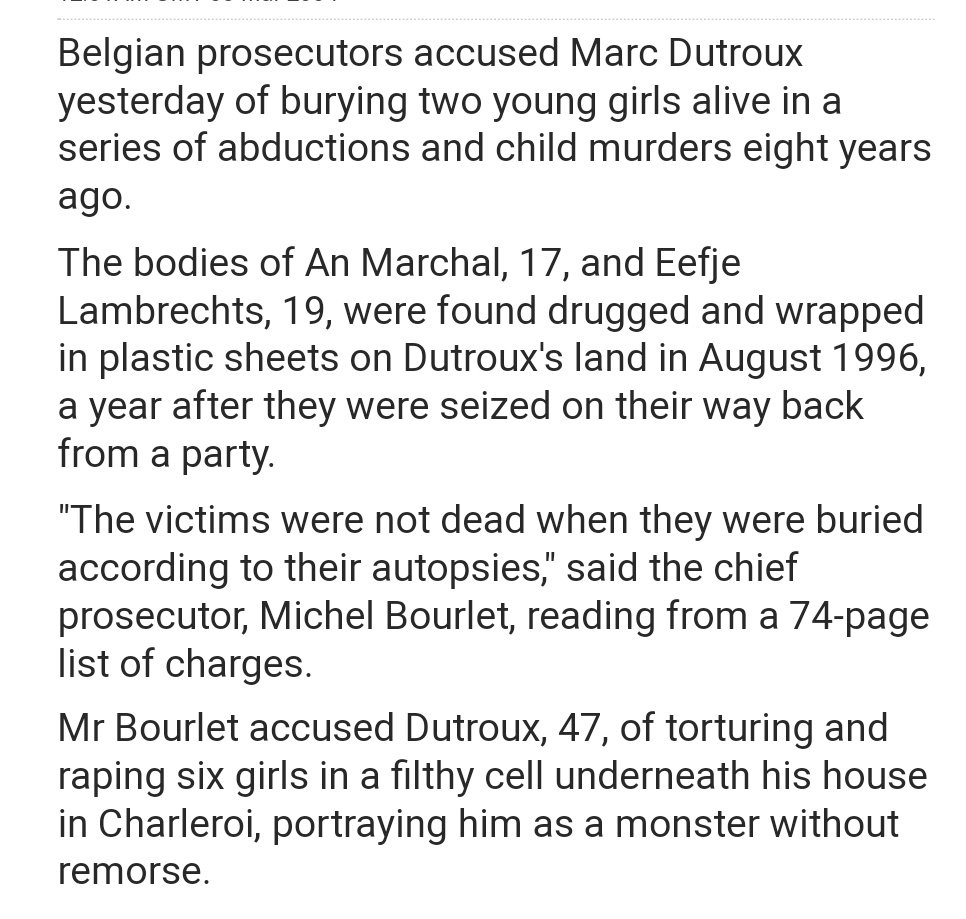 As fellows in the National Garden Scheme, Roger Bramble, owner of Sutton Josey Manor, and Jonathan Denby, the convicted nephew of Bramble's opera-loving friend Sir Richard Denby, will undoubtedly know each other.
https://www.ngs.org.uk/find-a-garden/garden/16737/ 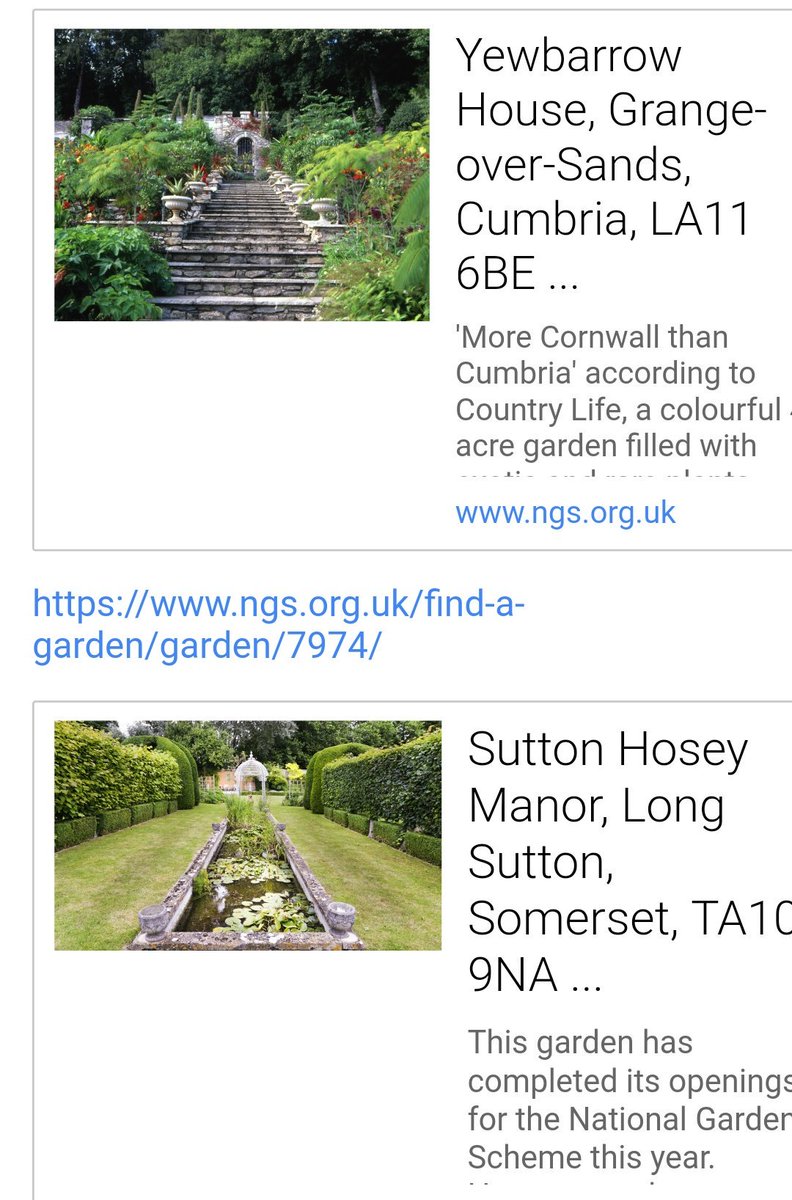