Read on Twitter
When the far-right attribute blame to George Soros for the *existence of non-white migration* they are using a polemical substitute for the anti-semitic conspiracy theory of "Jewish Communists" promoting “white [email protected]”. https://twitter.com/atrupar/status/1057742231937912833

If Facebook is any gauge then many Trump supporters voters are now completely radicalized to the point that all opposition to Trump is Soros orchestrated. And with the help of Fox News the GOP will move even further to the far-right to keep up.
A quick word re: the Klan getting their sheets in a twist about “white [email protected]” It’s a conspiracy theory where white supremacy, the herrenvolk or the racially pure nation is under threat due to non-white immigration and “race-mixing” and that Jewish people are behind it all. 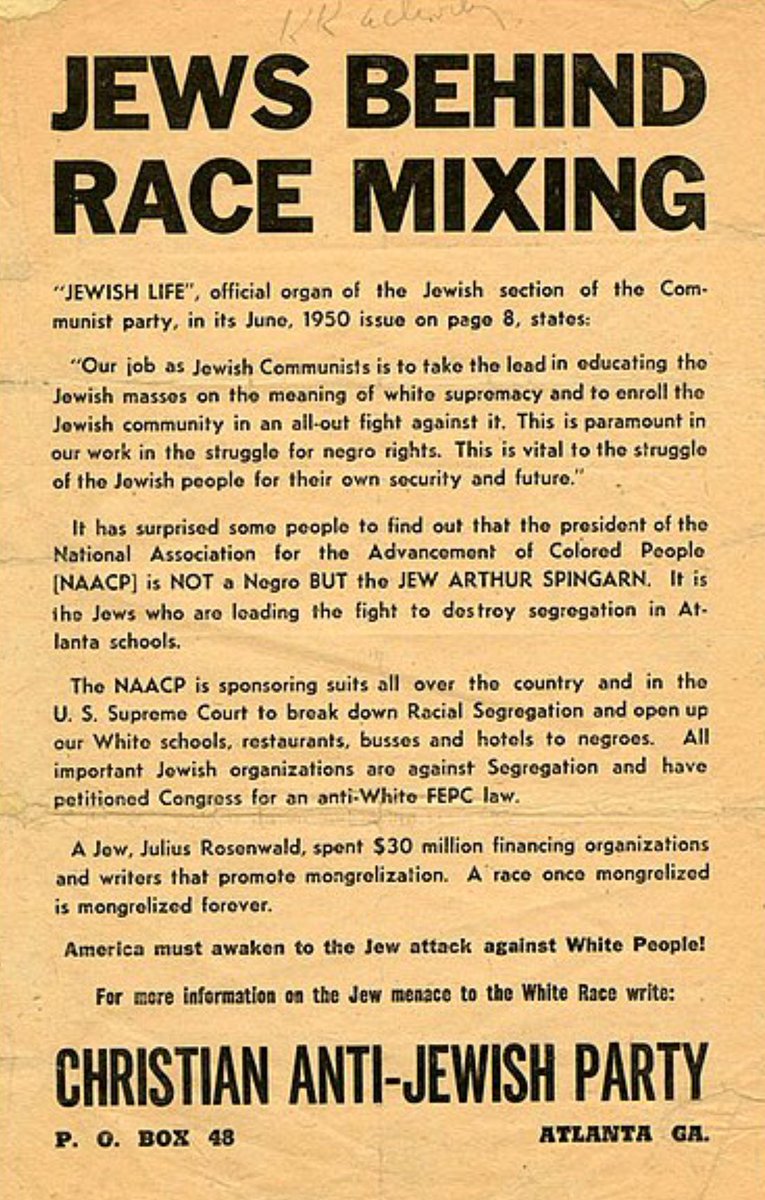 In 1900 there were 66 million 'non-hispanic whites' in the U.S. In 2010 this had increased to 197 million. So this is about white power and white dominance, not numbers.

This is a very useful summary of anti-semitic conspiracy theories by @cjane87 https://www.vox.com/identities/2018/10/31/18034256/anti-semitism-pittsburgh-synagogue-shooting-prejudice-right
Tree of Life shooting: How the rise of conspiracy theory politics emboldens anti-Semitism

Anti-Semitism is a form of prejudice rooted in conspiracy.

https://www.vox.com/identities/2018/10/31/18034256/anti-semitism-pittsburgh-synagogue-shooting-prejudice-right
Anti-semitic literature in circulation in the South in the 1950s blamed Jewish people for every defeat of white supremacy. From Robert E. Lee’s surrender to the Brown vs. Board of Education decision by the Supreme Court.
Some of this hate literature was printed in the North. Conde McGinley published the pro-Nazi 'Common Sense' paper in New Jersey under the title of the 'Christian Educational Association'. McGinley was its self-appointed president. 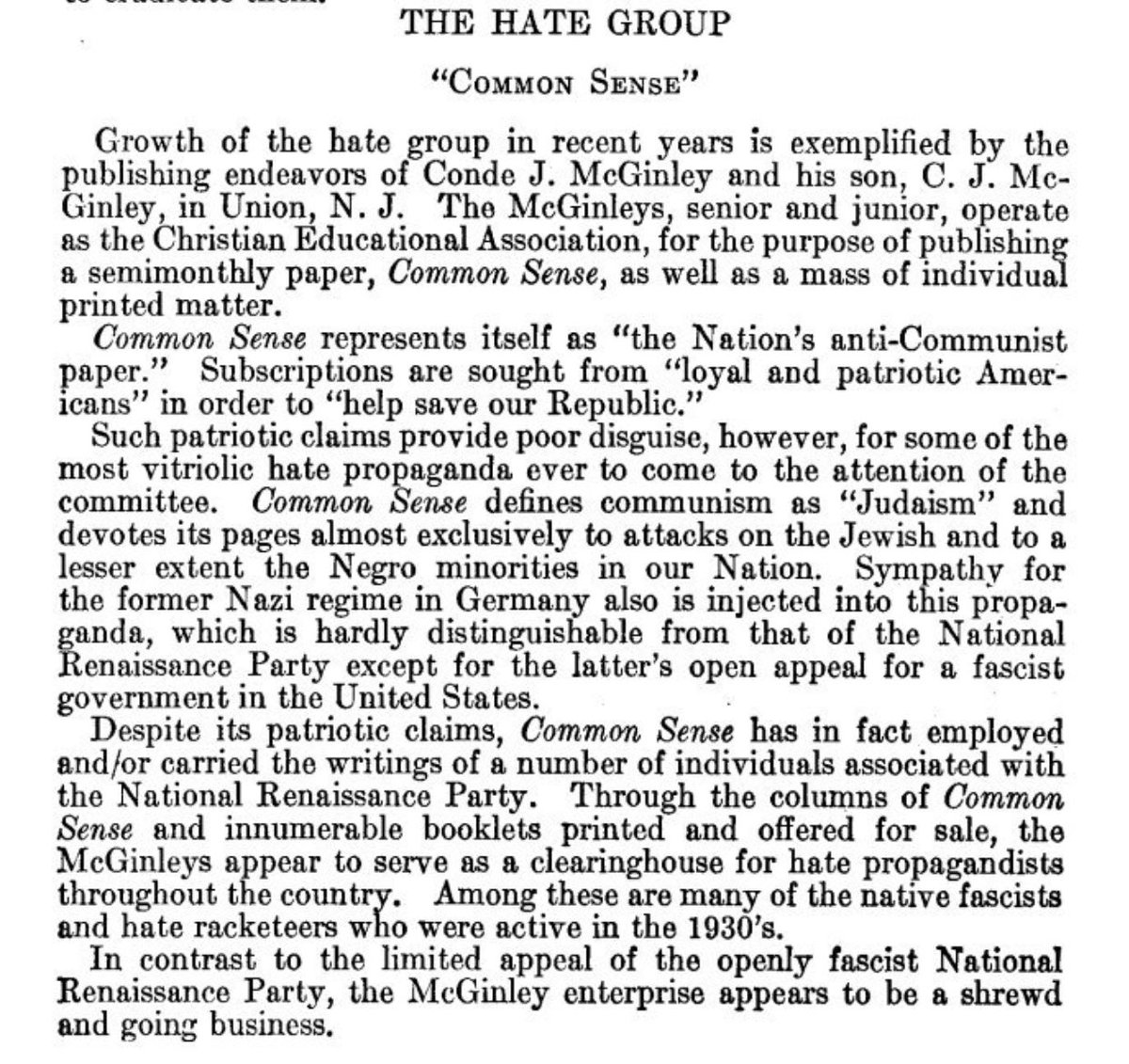 This literature was then distributed in the South by white supremacists. The Alabama segregationist and anti-semite John G. Crommelin was listed as a stockholder in the CEA in 1957. 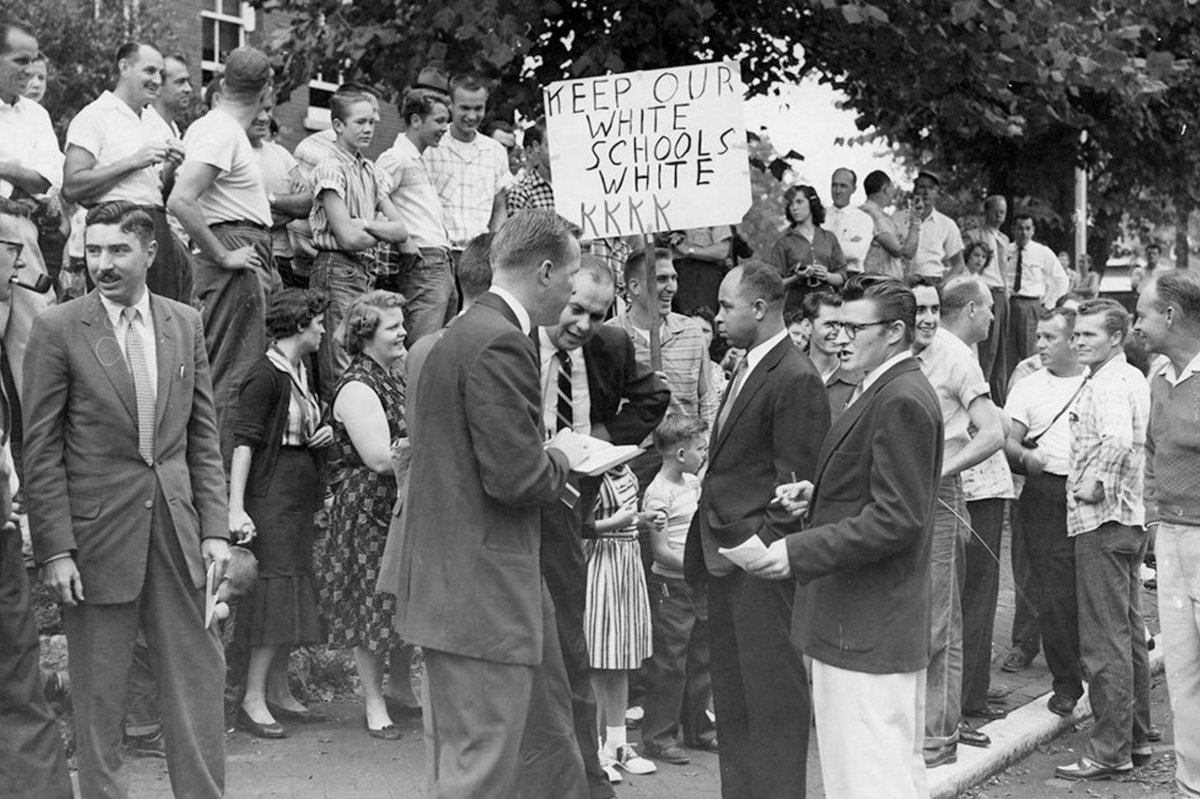 There were over 80 bombings and attempted bombings in the South in the wake of the Brown decision (1954-1960) and 7 of those targets were synagogues. All five men indicted for the bombing of a synagogue in Atlanta in 1958 were linked to Crommelin’s National States’ Rights party. 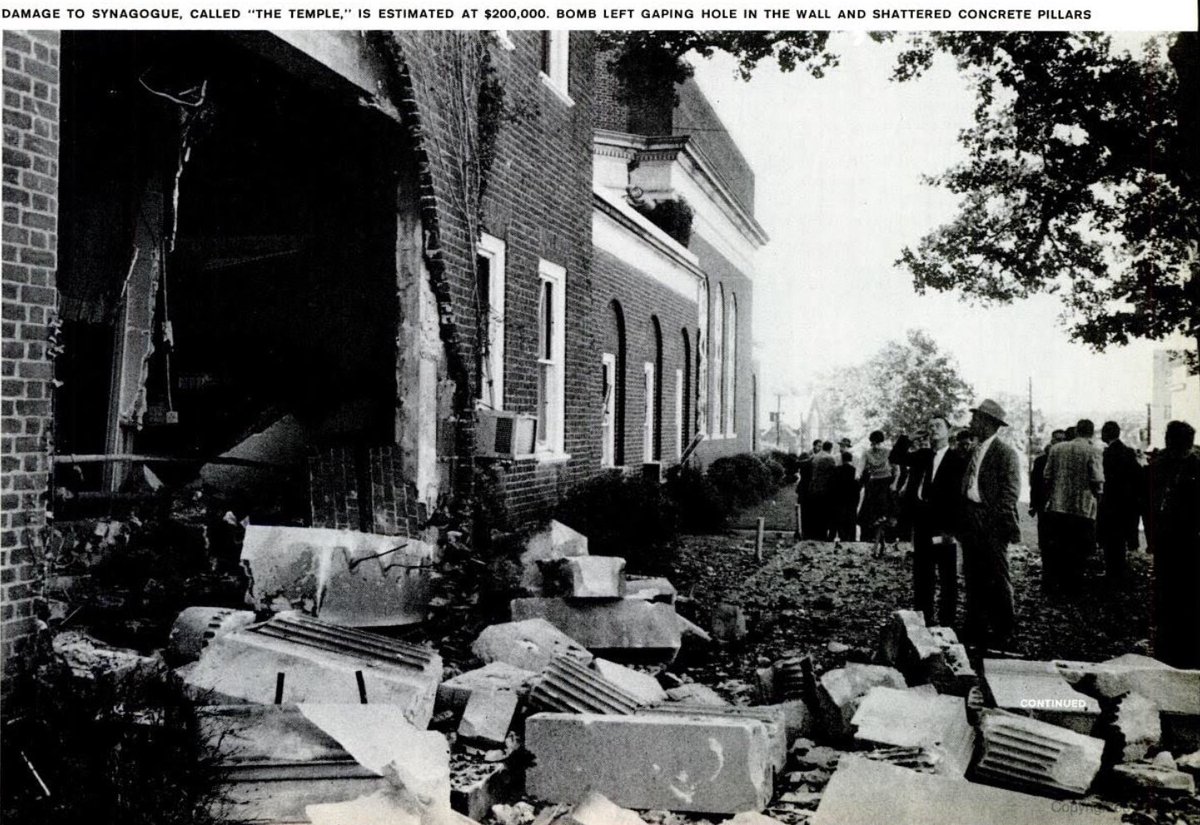 The Life magazine report of this bombing ended with a warning that “the South...had on its hand a group long regarded as harmlessly crackpot, but now frightfully dangerous.”

https://www.washingtonpost.com/outlook/2018/11/01/how-trumps-immigrant-bashing-feeds-white-supremacists-obsession-with-jews/
You can follow @Limerick1914.
Tip: mention @twtextapp on a Twitter thread with the keyword “unroll” to get a link to it.